To Pewsey and another late and full-filled night with fellow boaters!

The rain hadn't relented overnight and it looked particularly horrid outside, so once again I decided to stay indoors!  I'd thought of visiting Wilton Windmill about a mile's walk away, but it wouldn't be much fun in this weather - so we'll aim to visit on the return journey.  The problem is we're saying that about a lot of places so the chances are we won't get to them all, but as I said previously we can't do everything and we really need to have realistic expectations!

Barry paid a lonesome visit to Crofton Pumping Station - he was the only person in the place, aside from speaking to someone to pay the entrance fee he didn't see another soul, ah bless! 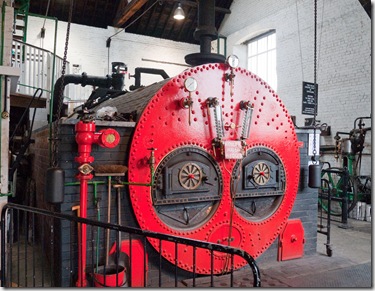 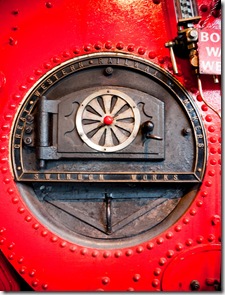 The boiler at Crofton Pump Station 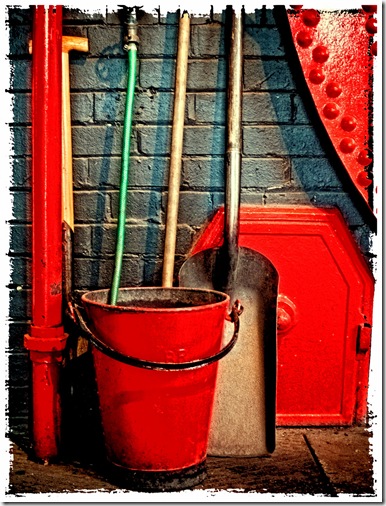 Tools of the trade for a stoker 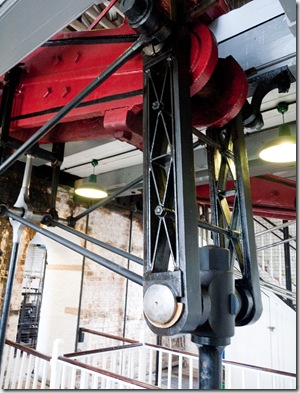 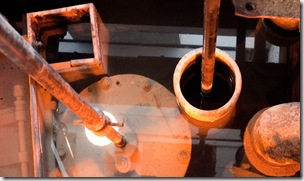 The beam of the Boulton and Watt steam engine has a stroke of 8 feet and with a bore of 30 inches draws a massive 1.25 tons of water on each stroke 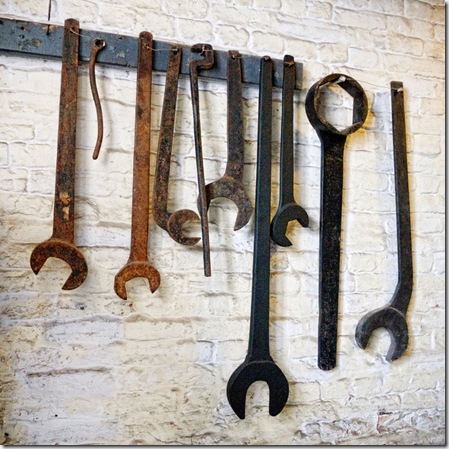 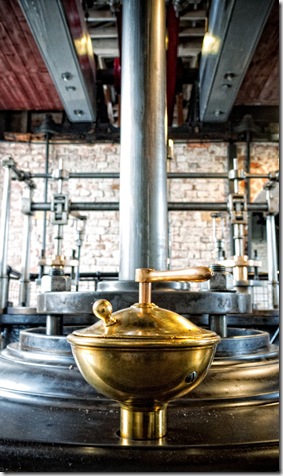 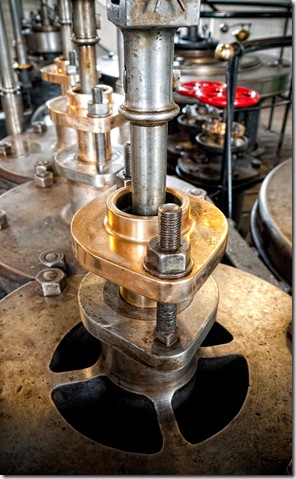 The highly polished, intricate workings of the cylinder head valves

We're meeting my friend Jenny who I worked with as a Practice Nurse in 1985 to 1987, and her partner John, somewhere near to Devizes on Sunday.  So we checked out the map and planned to get through the next 10 locks to Pewsey, from there on in it would be a lock-free 15 miles to Devizes.

The recommendation to them was to drive two cars to Devizes, park one up and both get in the other one and drive to Pewsey.  We weren't sure where they'd find to park at that stage.

Once Barry had had his fill of the Pumping Station, we waited for another boat to come by, and shared the 10 locks with Pete and Debs on 'Nb Lorna Doone'.  It was a delightful day with many laughs along the way, as we shared the workload between us.  At one stage Pete and I glided effortlessly into a lock side-by-side, but when I went to do the same thing with Debs some time later things went a little awry as there was a tree in the way and a small weir so I had to do a bit of nifty reversing to avert disaster - it wouldn't have been so bad had there not been three Greek tourists watching our entrance - ah well, it gave them some material for their photos! 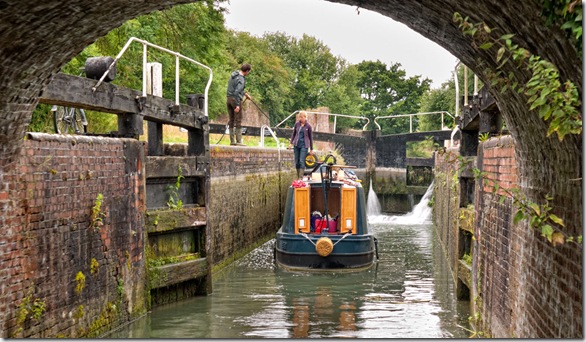 Pete and Debs first in the lock getting tied up to give us some room - welly weather! 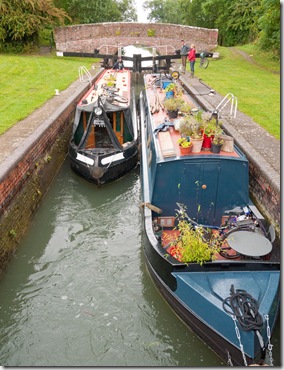 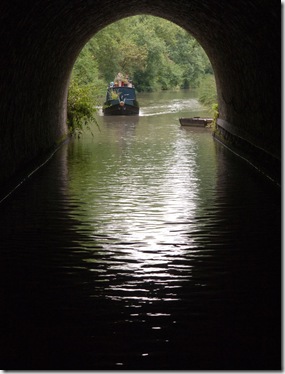 Little Northern Pride is dwarfed by 'NB Lorna Doone' - but we lead the way in Bruce Tunnel (502yds long with chains along the walls where they used to pull the boats through) as we have a big light! 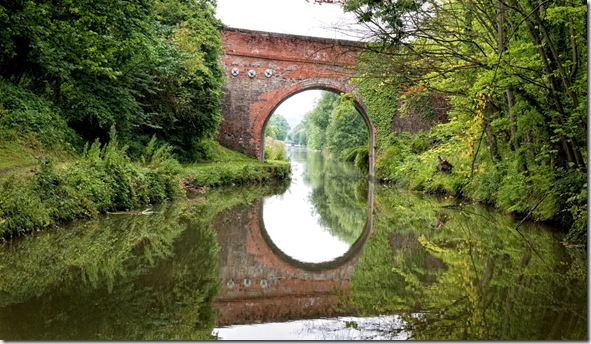 Some very handsome old brick-built bridges along the canal 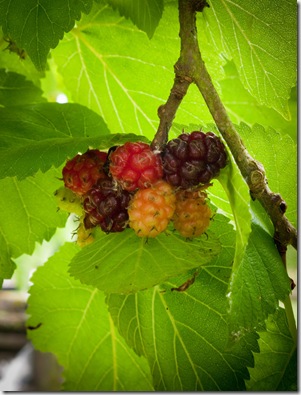 At the side of one of today's locks, was a tree with this fruit on - can anyone inform us what it may be?  Looks like blackberries but can't be! 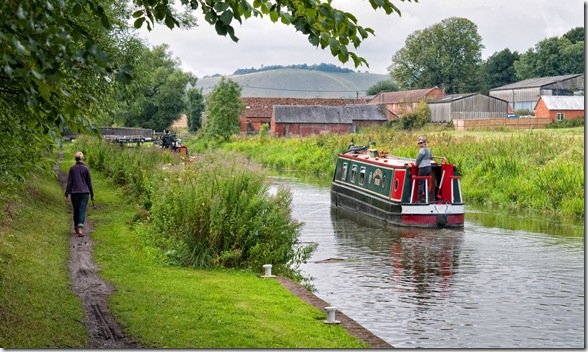 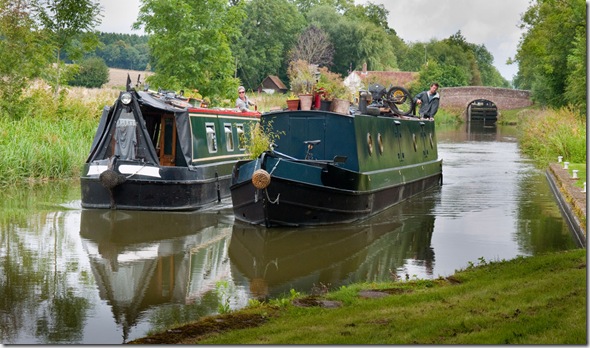 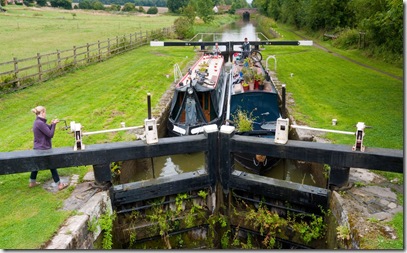 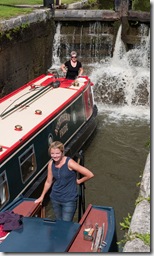 As the day wore on the weather improved and the clothes started to come off! 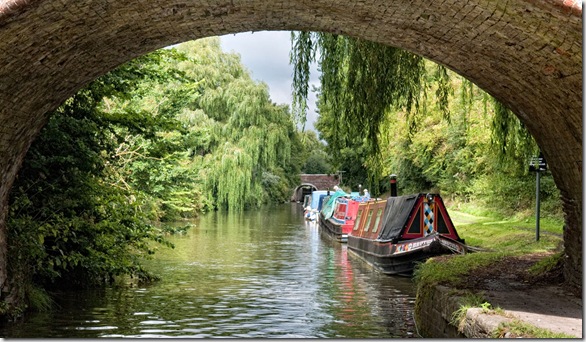 What a pleasant scene - you can see why it's like living in a parallel universe can't you? 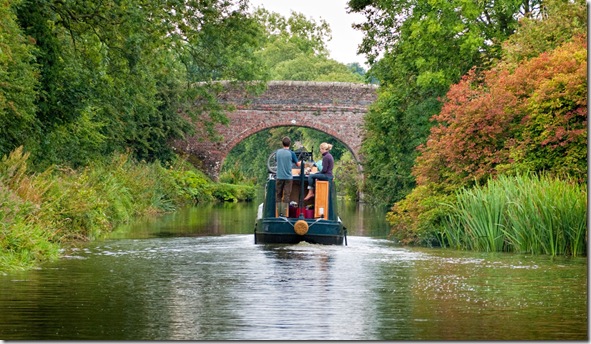 Gentle cruising - are those leaves looking a little autumnal?

After mooring for the night just before Pewsey Wharf, we then arranged to meet our companions of the day in one of the nearby pubs.  Initially we went to 'The Waterfront' but it was very quiet and they weren't there, so we walked across the bridge to 'The French Horn' (ran by an Aussie from Perth would you believe and serving kangaroo on the menu!) and they were there with their friend Toby who'd driven his car from Great Bedwyn to meet them for one drink - little did he know what he'd let himself in for! 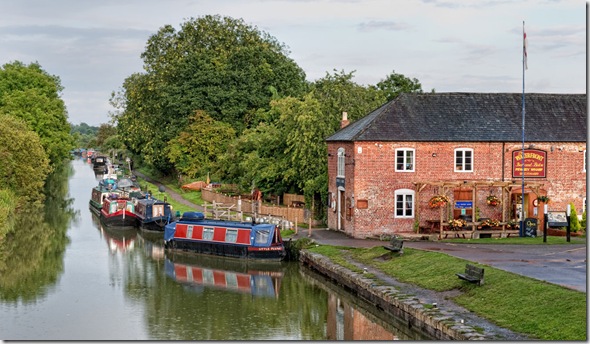 Pewsey Wharf and 'The Waterfront Bar and Bistro' 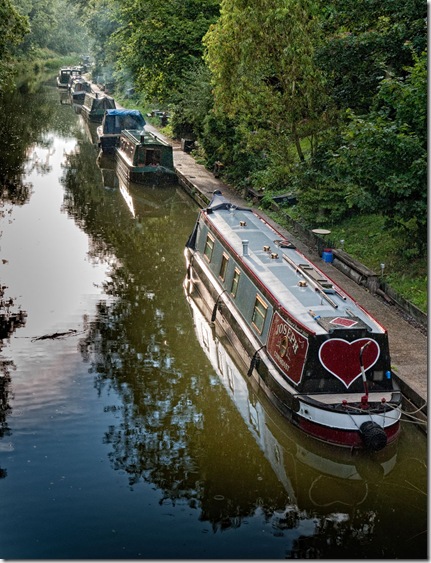 Early evening on the canal, taken from the bridge at Pewsey Wharf

We stayed till after midnight in the pub, then Barry invited our new friends back to the boat for some home-brew - oh dear!  It was 0300hrs when I decided that Pete's eyes were beginning to cross and it was time to call it a night in case there was a mess on the floor!  I hadn't been drinking and there's not a lot worse than watching inebriated folks making a fool of themselves!  It was an entertaining night though, great to meet you all. 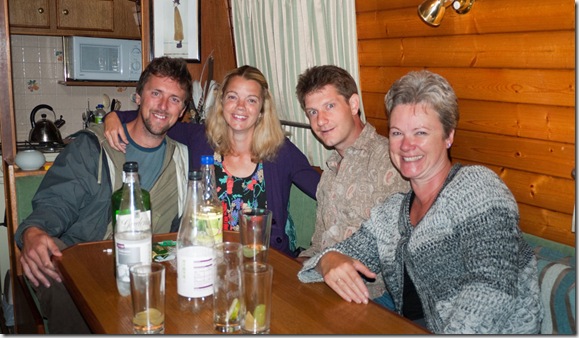 Pete and Debs, Toby and Sandra - a collection of empty bottles and glasses give the game away 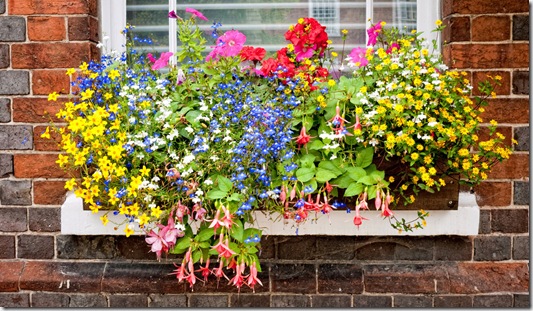 A colourful window box in Pewsey