Sells Green to Bradford on Avon and a cut on the cut!

It was beginning to feel like the loaves and fishes story with regards to feeding four people on a boat for two with supplies running low - we needed to find a supermarket before tea time!  I managed to scrape together a fairly decent breakfast and lunch, but Sainsbury's in Bradford-on-Avon was our destination on Tuesday.

As I've said before, we're finding the Kennet and Avon to be a stunning canal, with an abundance of wildlife and rural views.  We've noticed that the locks are definitely better since we left Devizes, apparently due to the fact that there's more hire boaters around from here to Bristol.

Not long after we started our journey, we came across this beautiful old working boat along with it's crew who'd owned her for thirty years - the boatman's cabin was still how it would've been in the old days, though they've converted the working part of the boat into living accommodation.  They very kindly let us take a look inside and we gawped like good gongoozlers at the marvel of it.  Thank you so much, what a fabulous boat, they're in the process of selling it and I'm sure it will break their hearts to part with it ... 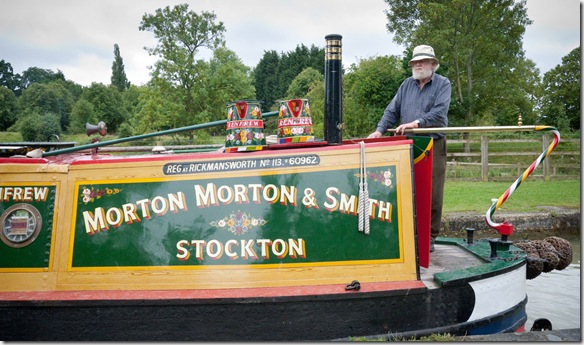 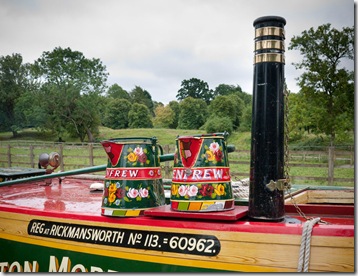 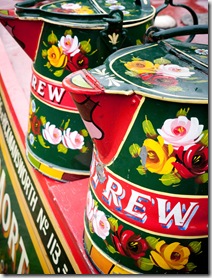 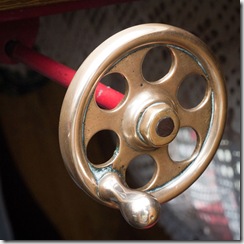 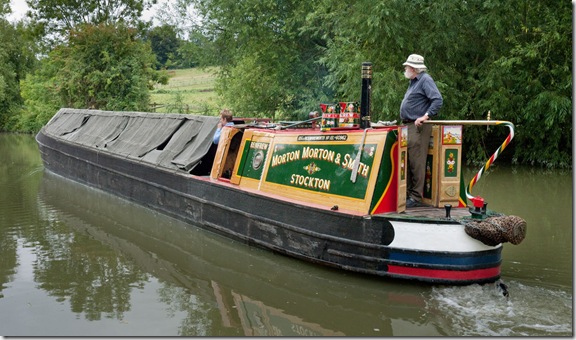 A beautiful boat - thank you all

Continuing on from lock 19 to 18, we passed 'The Barge Inn' where we were planning to stop last night before the boys got distracted by the first pub to come into view - shame, it looked like a most charming establishment - maybe we'll go on the way back!  We'll have to write a list of the things we keep saying that about as I suspect we'll forget when it comes to it!

The Barge Inn - once the home of The Wiltshire Giant - Fred Kempster, 8ft 2ins 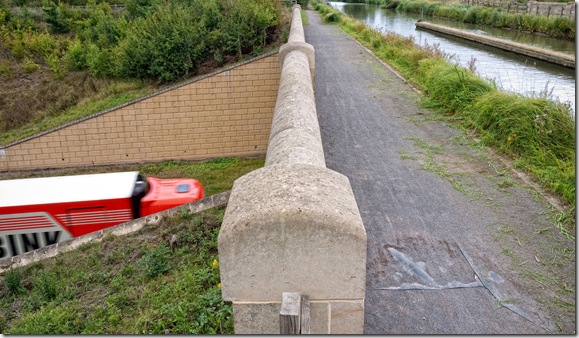 The aqueduct over the very busy A350 by Semington 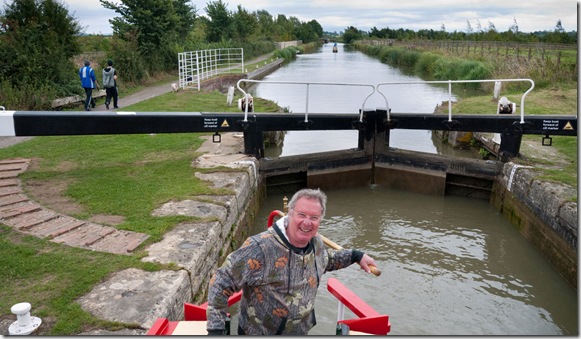 Dickie looks delighted to be on his 'Busman's Holiday' 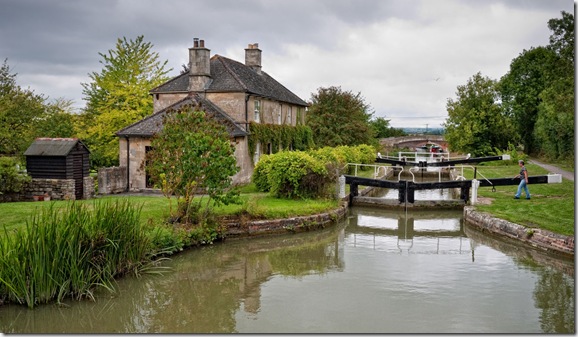 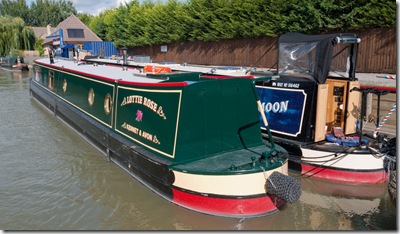 We stopped for diesel, gas and three pumpout cards (which we duly left as we were never given them - will collect on the return journey - more to add to the list!) at 'The Boatyard' at Hilperton Marsh, where Dickie & Sandra had a little peep through the windows of this new narrowboat. It may have got them thinking about a future purchase of their own?

Not far from Bradford we were passing a widebeam when I noticed the signs stating that it was a Hairdressing boat, 'The Floating Salon'.  I shouted to Barry to moor up and check it out as he'd needed his hair cut for a while.  He and Dickie both took the opportunity, and seeing the set-up thought I may as well get mine trimmed too! 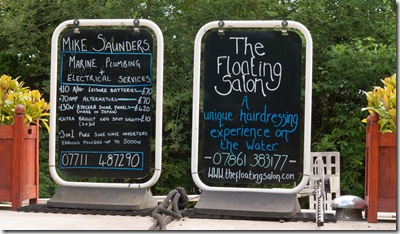 Another successful couple of businesses on the waterways 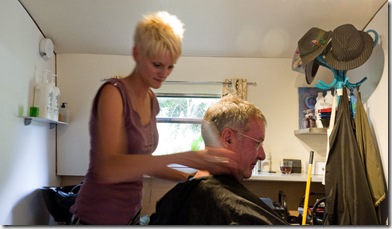 An impromptu but welcome stop for haircuts for Dickie, Barry and Sandra Sandra with her new crop

We got a mooring along an overgrown bank in Bradford, up the road from the supermarket.  As Sandra and I took a short stroll we came across the most amazing sight and I called back to Barry to grab his camera and come and see as the poor blokes had got their boat stuck across the canal. 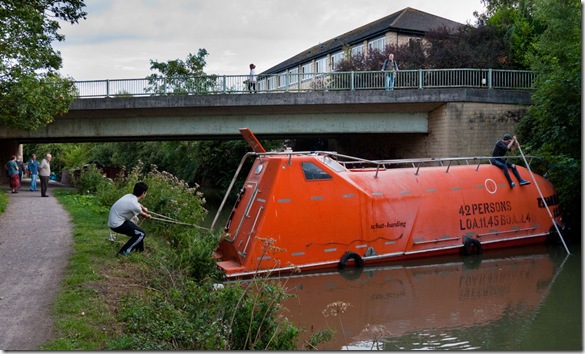 A quick trip around Sainsbury's and the cupboards were stocked up again, with chicken curry on tonight's menu courtesy of Lloyd Grossman along with a few onion Bhajis!

No pubs involved in the nights festivities, just good company and lots of laughs and liquor.  I left them all to it once again and went to bed just after midnight - I'm hopeless without my 8 hours sleep, though why I bothered I don't know as you can't exactly shut the door and keep the noise out on our boat! 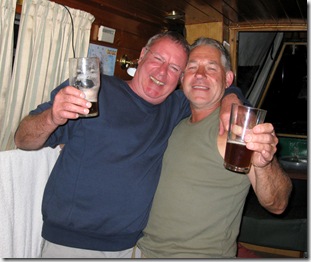 Dickie and Barry enjoying themselves with a spot of home brew 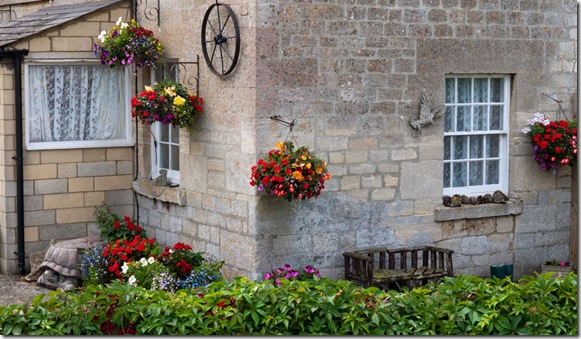 Lots of delightful flowers in this garden