We decided to stay in Bath on Friday so Dickie and Sandra didn't have such a long and tiring day  - with their four hour train ride to get back home to Rottingdean, just outside of Brighton, they didn't want another seven hours travelling on the boat!  We'd (they'd!) also had another late night too, so there were a couple of sore heads Friday morning.

Sandra and I walked into Bath late morning, to post a couple of letters and buy lottery tickets that we'll each share if we win - they bought a Euro ticket while we bought one for Saturday night's draw. I'd found a ten pound note on the path by the side of the boat this morning, so thought we'd try our luck!  Barry has never bought a ticket in his life - can you believe that? Then he wonders why he's never won anything, lol!  So many people are addicted to purchasing their ticket each week or have some sort of standing order thingy - and dream of what they'd do with their win.  I wrote about this a few months ago (Who wants to win the lottery) and how sad it can be, please enjoy your lives NOW, you don't need that much money, and the amount you waste each week on the tickets would soon mount up (hang on ... we've just bought tickets, and are now thinking of what to do with the money 'when' we get it!!)

After a leisurely lunch we walked Dickie and Sandra to the train station, saying a sad goodbye - we had such a fun time with them.  Not long after it began raining again so Barry went back to the boat, and I headed to Sainsburys to re-stock for our next guest!

We need a chilled day for Barry to try and catch up with the blog, we're six days behind now - yikes!  Just when we get more readers through the Canal Boat article, we're slacking in our responsibilities - whoops - far too much enjoyment going on! 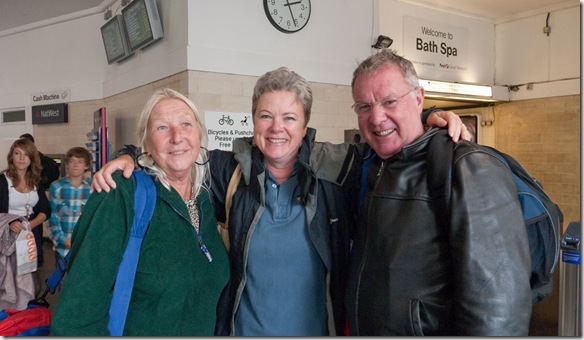 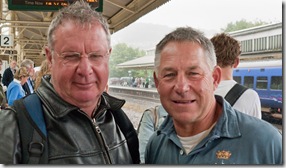 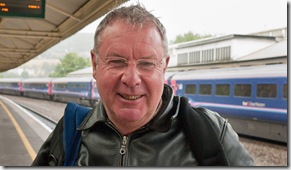 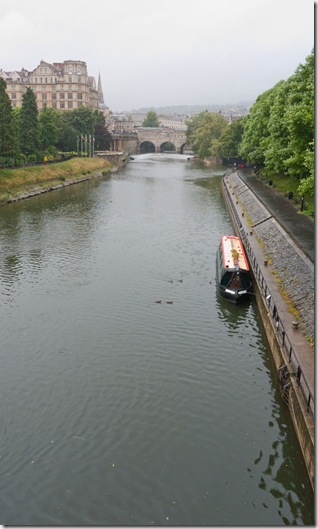 Barry headed back to the station later on to meet Jamie, his daughter, who was arriving by train around 1730hrs but ended up nearer to 1830hrs as she missed the earlier train from Bristol, having travelled by coach from London.

After picking up Jamie, we had to move the boat around the corner due to the canoe race on Saturday - what a shame!  Still, at least we'd had a prime spot at Pulteney Bridge for one night which was extremely lucky - we were the last boat left on the moorings in the evening and looked a sorry sight all alone.

We took a last look at the weir, driving up as close as we could, though the canoe/kayak people had already set up the slalom course so we couldn't nuzzle the bow into the weir as we'd planned. 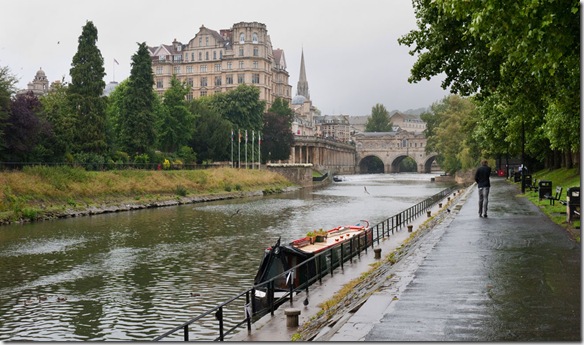 It's still an inspiring view even in the rain 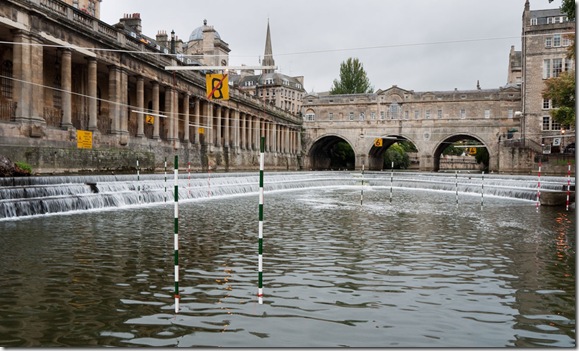 The slalom course for the canoe races 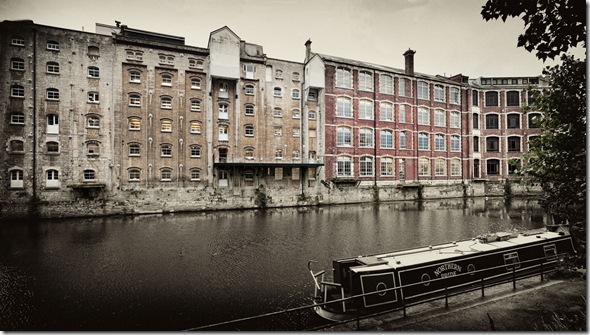 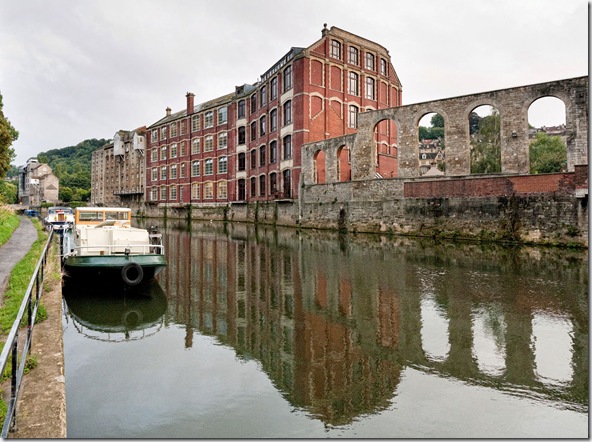 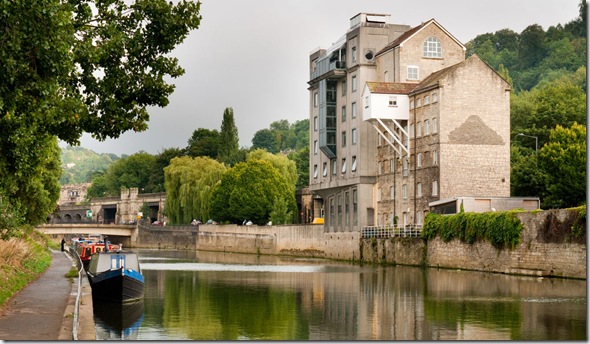 This one's even got an outhouse 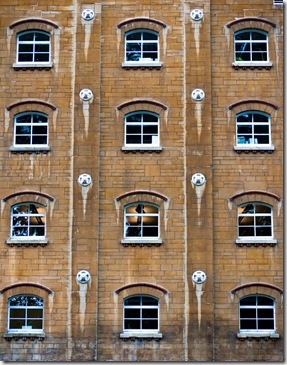 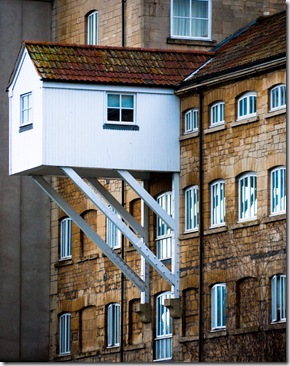 After mooring up, we had a quiet night on the boat after such a heavy week - it was bed just after 2300hrs, maybe Barry's liver will survive after all!  Tomorrow we journey to Bristol, continuing down the Avon. Apparently there are only a few moorings along the way, and none on the tidal section, making it a  6-7 hour trip, so it we'd best not be too late starting out! 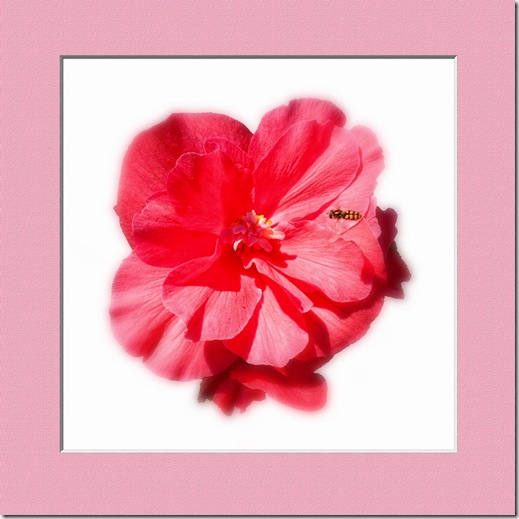