A lovely sunny summers day, despite the clouds on the horizon... 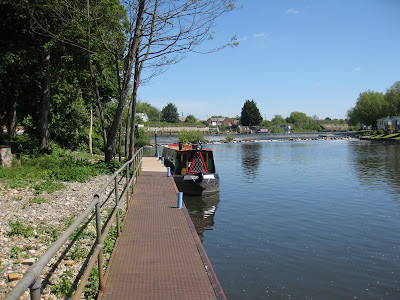 All things considered, I’ve had a lovely day. I spent most of this morning writing the blog and getting the photos Barry took before he left uploaded; our internet coverage here isn’t the greatest so it takes some time to do. Strangely enough I have plenty of time for that now, lack of time is the least of my problems!! The sky's been blue, the sun's been shining, and it must've been over 20 degrees today - a rare event indeed!

After lunch I spent some time sunbathing on the roof of the boat – what bliss! Then some exercise was called for before I turn into a blob, so I took a walk into town and then ambled along by the river where the bandstand was hosting a brass band playing to hordes of people sitting on the grass, and children playing in their parks and water fountains. Very pleasant, what a neat little town this is. It reminds me of Gisborne in some ways - a street market yesterday very much like the Farmers Market on a Saturday back home, and the band playing in the outdoors on a Sunday afternoon similar to Friday evenings by the River in Gisborne during the summer months. 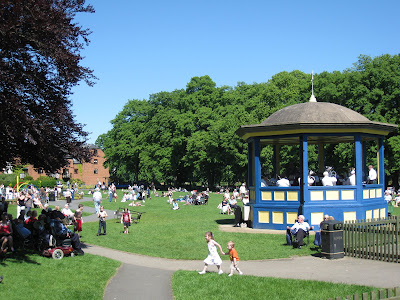 The brass band played tiddly um pom pom!
Still warm this evening and Barry has arrived safely in New Zealand - how bizarre that he will be a blog reader in New Zealand now rather than a contributor from England! 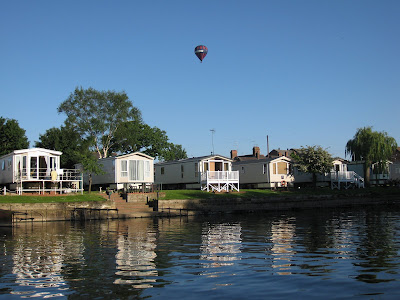