Docked for the day

Tuesday 12 May
Jamie and Taryn decided not to attempt driving (and from some of the awful driving I’ve been doing I think they probably made the correct choice!), but did have some fun working the locks together. After a while though they made the most of the beautiful blue sky day and caught some sunshine on the roof, though the wind chill factor meant they still needed a blanket to keep warm! 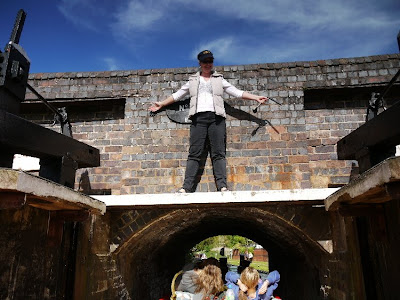 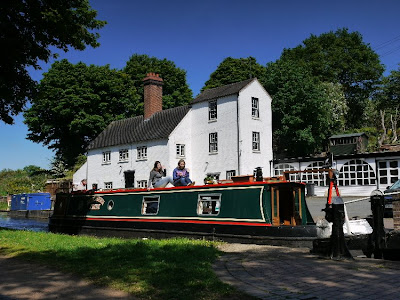 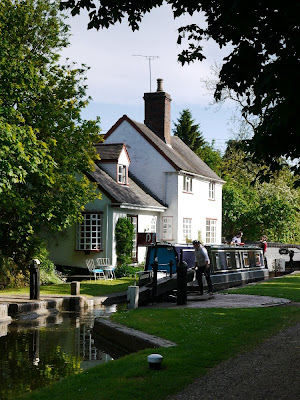 Sandra the good samaratin helping someone with the lock 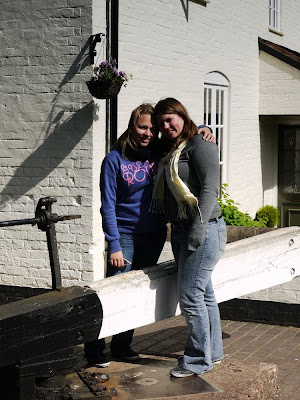 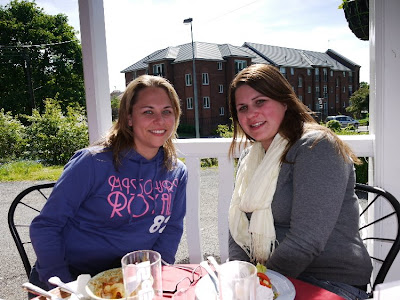 Lunch at the tearooms in Stourton

A slow day, not the best of stops in comparison to those we have previously had which was a disappointment as we wanted Jamie to see some of the more colourful canal sights. But there was some lovely countryside along the way, and the most amazing garden – I think it was just outside of Stourton. 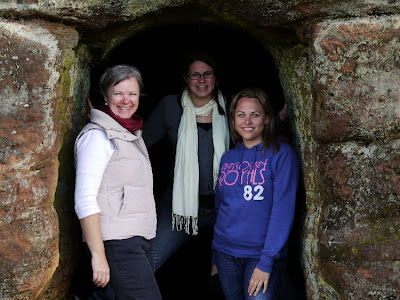 Entrance to a cave next to the lock 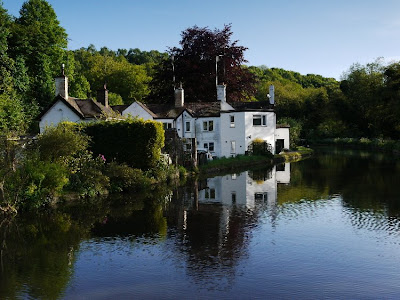 This house and garden are below the level of the canal
We were warned not to moor up at Kidderminster, the town where I lived for 3 and a half years while I did my nurse training from 1978 to 1981, but to stay 2 miles north or south. So we moored at Wolverly overnight and had dinner in The Lock, a quiet little pub funnily enough right by the lock! I had driven through the lock a short while before and there were loads of people around – one of the few times when I have driven into the lock without banging the sides on entry! Once in there were half a dozen or so people taking photographs and people in the pub came to watch too, it was a bizarre experience, I’m not sure how famous people get on with that happening to them all the time!!! 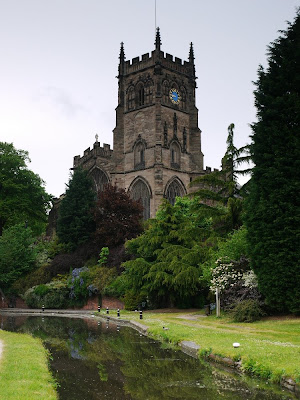 The church at Kidderminster, 'Damn those bells'

Following the lock photo marathon, I managed to run the boat aground once again trying to moor it up. Barry and I had a bit of a communication breakdown, I thought I was mooring one end of the boats and he thought I was mooring somewhere else, so by the time we realised this I’d almost missed the stop! Some heavy manoeuvring later by Barry and the poor man whose boat I nearly crashed into, and me trying to reverse away from the canal bank on the other side where the rear of the boat (is that the stern???) got stuck in the mud ,and all was well again though I was just a bit of a wreck. I think the menopause may be catching up with me, or at least that’s my excuse for some very stressed out behaviour recently when a few things happen all at once!! Or maybe I’m just not taking to this like a duck to water?!

Wednesday 14 May
Jamie and Taryn went to Straford-Upon-Avon today on the train. We were never going to get there on the boat in the time they have with us and they’d seen enough green fields and sheep to last them a lifetime apparently!! So up at the crack of dawn to motor on down to Kidderminster and moor up for a brisk walk to the station and a 2 hour train journey. 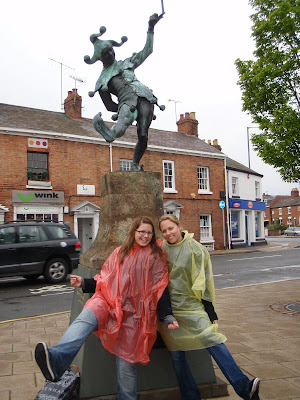 Jesting with the besta Jester
Barry has made the most of the day fixing things on the boat and repairing the broken bilge pump, while I took advantage of Marks and Spencers and Sainsbury’s while I had access to them! My mum and dad came for lunch so I treated us all to a lovely haddock mornay with boiled new potatoes and asparagus, followed by strawberries and chocolate éclairs, yumy scrumy!! Mother goose with the procession