A chilled day with Jamie

Monday 11 May
We had a lovely day meandering along the Staffs and Worcs canal from Wolverhampton with Jamie. We decided early on that getting to Stratford by the weekend was probably not an impossibility but would have entailed steaming along daily for about 9 hours which would have been horrid and again, missing the point of ‘being’ here. It would also have entailed travelling through a lot of built up areas for a few days and as Jamie is living in London, we felt that seeing some of the British countryside would probably be much more of a positive experience for her than the Black Country could ever be! So we’re heading south once more towards Worcester & Tewkesbury and have moored tonight at Wombourne having spent a slow day chilling amongst some lovely countryside and meeting lots of lovely people. A couple I spoke with had just returned from visiting their daughter who lives in Auckland and saw our NZ flag zo came to chat with me while Jamie and Barry worked the staircase Bratch Locks. 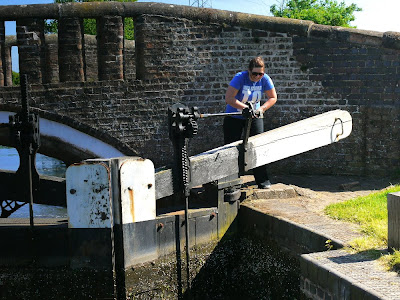 Jamie soon got the hang of the locks 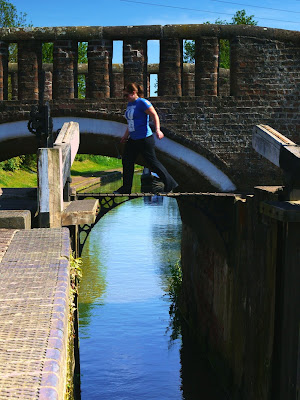 Even had no fear of heights 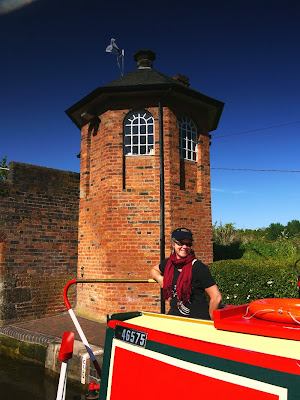 Sandra in control at Bratch Locks. Lock keepers office above 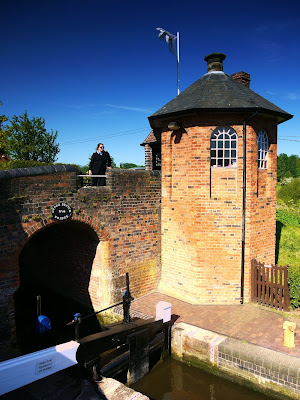 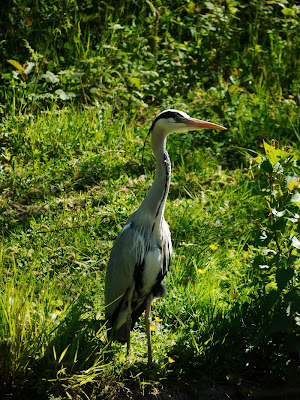 Beautiful heron not worried at all! 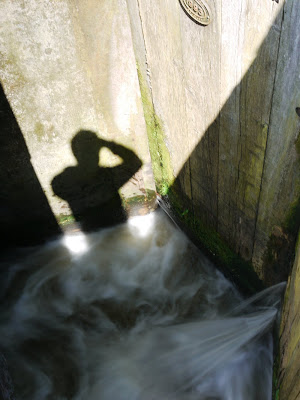 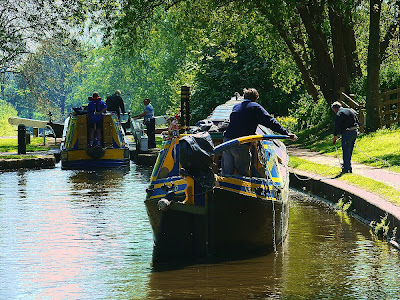 British Waterways boat Scorpio and butty Leo who passed us at the lock. They are heading to Stourport for a boating festival this weekend 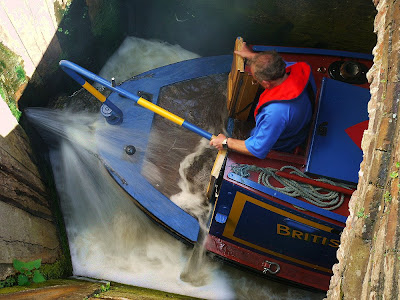 Taking on a little unwanted canal water at the lock 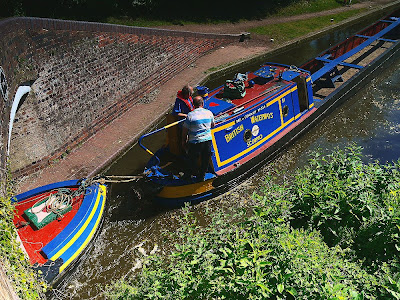 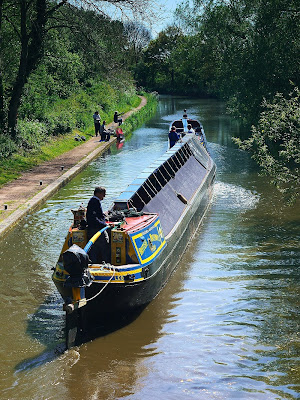 Today we think we passed by the narrowboat we had a deposit on last year, Val De Frejus - a little more upmarket than the one we now have as that one cost almost 3 times as much and was only 2 years old rather than 20! But we do love our little Northern Pride. We also passed by 'Plan B' the narrowboat that was on the photo we used for our NZ leaving party - I took that photo in Stourport last year. 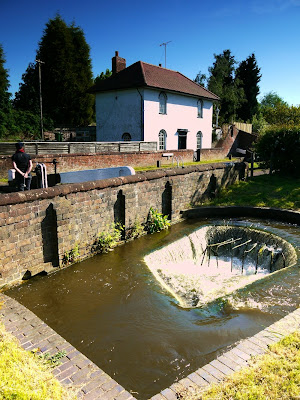 A lovely lock at Wombourne

Jamie’s Australian friend Taryn (she's actually very nice so we will forgive her for being an Ozzie I think!) has now joined us, so we have 4 people on out tiny boat until the weekend.

Jamie's done a few locks today, but is yet to experience driving the boat, maybe tomorrow…