Back to LLangollen and the Internet

Wednesday 29 April
We had a lovely evening in Llangollen last night, and our second trip to the Wynnstay Arms - lovely friendly Landlord and Landlady. There were 6 of us in the bar, one from Ireland, one from Wales, one from Liverpool (he sounded like a scouser!), one from South Africa, one from NZ and one from Birmingham (well Sutton Coldfield actually!). We sat and put the world to right over a pint or two; good harmless fun. One of the subjects we discussed was the outbreak of Swine Flu – and the fact that Barry and I were on the same Air New Zealand flight as the students and teachers from Rangitoto College in Auckland, who were at that stage on their way to Mexico via LA, and some now apparently have the illness. Bless them, they were so sweet we had 2 students and a teacher sit next to us at different times during the flight - they kept changing places. So we are hoping that they are all OK. 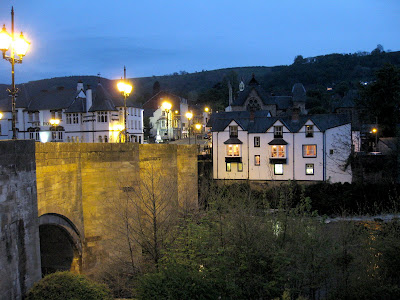 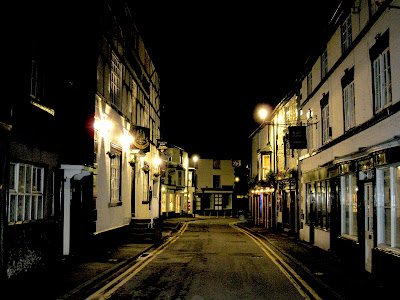 Llangollen at night is like a little model fairy village, very pretty.
Yesterday I witnessed a gang rape – it was awful! This poor female duck was being chased and then held down by about 7 male ducks while they each had their wicked way with her, I was traumatised by the sight, nature is indeed cruel at times – you would have hated it Lisa L. Today we fed the ducklings which were just hilarious, it wasn’t possible to count them but I think there were about 33 (no wonder there are so many ducklings, now I understand!). They were all falling over each other to get a crumb of bread! And it was great that the adult ducks all kept out of the way while their chicks got fed, so maybe the duck world isn’t so bad?!
We moored at Chirk overnight, 5 minutes walk from the railway station ready to go down to Birmingham Thursday. 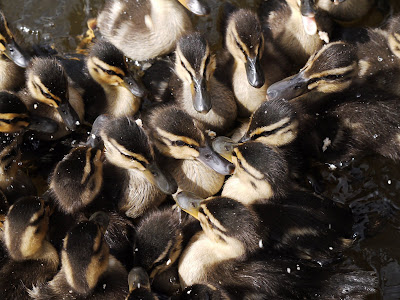 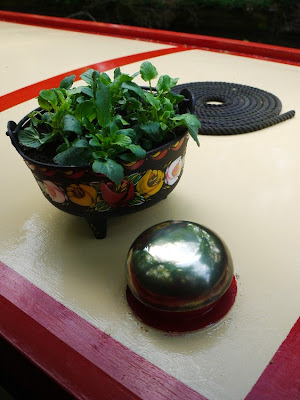 Sandra's been polishing the brass vents etc, and planting pansies for the boat. (touch of castles & roses sneeking in!!)
Thursday 30 April
Guess what? It’s raining persistently once again! I’m off to sunny Spain…
Barry;
Caught bus from Chirk to Llangollen to buy the water pump for the shower that I should have bought when we were there, but was too tight to pay for. Missed the last bus backto Chirk so friendly bus driver took me to Cefn-Mawr and managed to get a bus from there. Motored down to Hindford to 'Jack Mytton' pub arriving about 9.15pm. In time to have enjoyable night with publican, locals and other boaters. Sampled a few of wares (which is only polite).
Friday 1st May
Barry;
Still at pub mooring. Fitted pump, fixed bedroom light and other maintanence, went to pub for lunch and a beer, more maintanence, back to pub for dinner and few more beers.
Saturday 2nd May
Barry;
Kath, Sandra's sister and Tim a friend arrived for weekend, so got away about 11.30am heading back to Llangollen (might apply for residency there). Got all the way arriving at 8.00pm, Tim had made a curry for dinner, so after was a walk into town and stangely, a tour of a few of the local pubs. 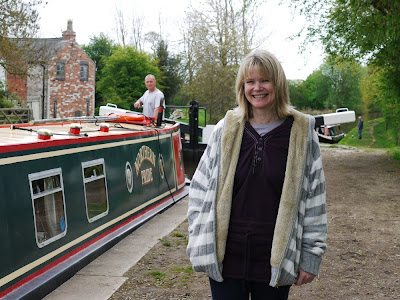 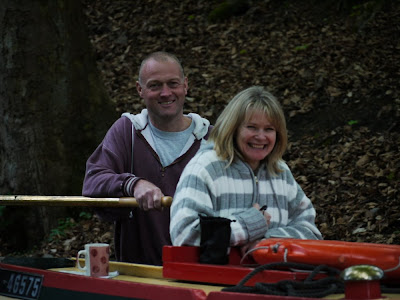 Kath and the Tim who drove the boat the whole way 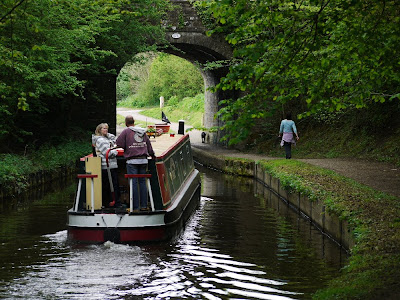 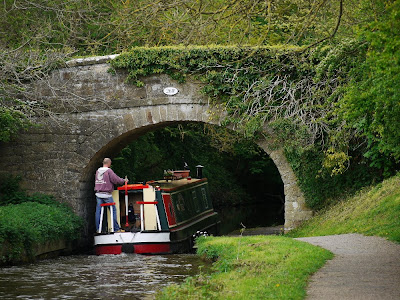 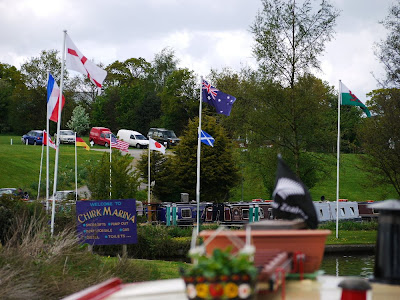 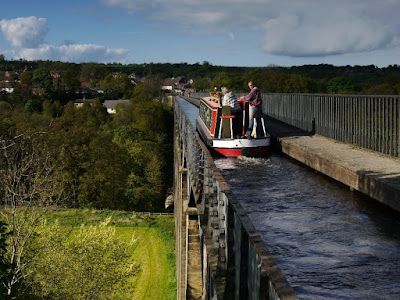 Once more over the Aquaduct. (Lovely sunny day) 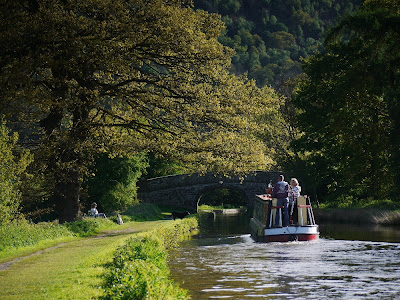