A weekend on land - in Devon

Today we're hoping to travel from Teddington Lock to Limehouse Basin - not necessarily as simple as it sounds,  but more about that in the actual post in about two week's time the way we're going! 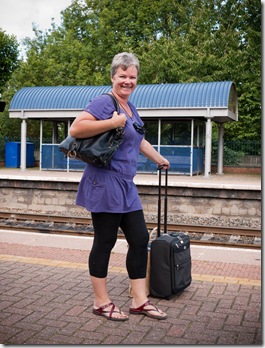 After making sure that the boat was 'ship-shape' and secure, we set off for the station at Hungerford to travel to Pewsey.  Once there we alighted and ate a picnic in the sun.  It may sound crazy, but the train we caught from Hungerford went as far as Taunton only, the train we were catching to Exeter St David's was the cheapest journey we could find travelling from Pewsey.  On our return journey we can go all the way back to Hungerford, so it's not a great hardship (thank goodness for the fine weather!).

Travelling adjacent to the canal for a few miles was quite surreal; we spotted NB Nancy-Anne moored up, and subsequently NB No Problem in a lock - it was rather strange seeing 'the cut' from 'the other side'.

We arrived early evening in Exeter, with no delays, just the astonishment that they now have mini TV screens on the backs of the seats on the trains too - goodness me, you can't get away from it can you?  Viv and Ray were there to meet us, so we experienced a smooth journey on public transport for a change.

After tea we walked to the quayside in Exeter, alongside the Exeter Ship Canal.  This is one of the oldest canals, completed in 1566, but isn't lininked to the other inland waterways. The Exeter Canal bypassed part of a river to make navigation easier, and had the first poind locks in Britain, equipped with lifting, vertical gates. Interestingly, the design of the mitre gate, which has V shaped gates held together by the water pressure, was first introduced on the River Lee (thanks David!) at Waltham Abbey and is an important part of the canal lock today - credited to Leonardo Da Vinci (1452 - 1519) . 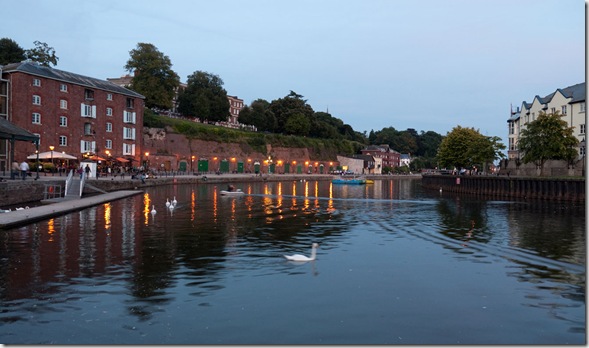 We had a very pleasant evening partaking of a couple of drinks each - one in each of two waterside pubs, then walked back to Viv's for a nightcap. 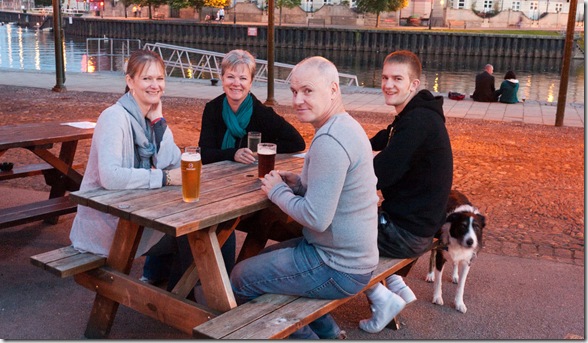 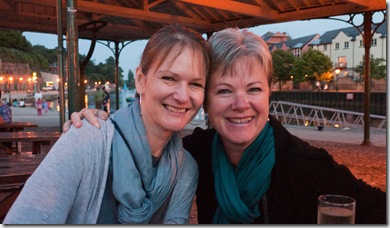 Loving the catch up times with my sisters 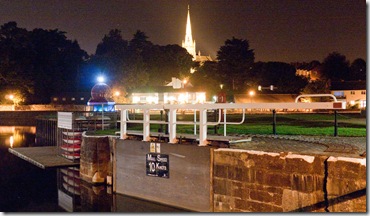 Possibly the site of the famous lock