Exploring Exeter, then back to the boat in Hungerford

We're now heading back towards Tottenham Hale so that Tom can get the tube into central London for a day on Thursday.  We'll sit tight for the day tomorrow, or move only a short distance as Barry's friend Fred is coming to visit for a day or so ...

The weather forecast before we left the boat predicted that it'd be fairly settled until Tuesday - sadly they were wrong again!  This morning it chucked it down, which wasn't ideal for seeing the beautiful city of Exeter.  Barry hadn't been there before, so Viv packed the brollies and off we set regardless.

Dominating the skyline is the splendid sight of Exeter Cathedral, though it wasn't nearly as impressive as I've seen before due to the gloominess of the day.  We'd have loved to have gone inside, but although it used to be free to go in, they were now charging £5 each admission to raise funds for restoring the carvings around the walls, so we declined.  I really believe that these places would get more if they asked for voluntary donations - surely more numbers of people would go in, so theoretically they'd pay less but collectively the cathedral would receive more? 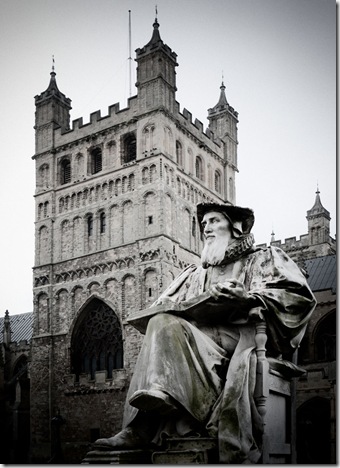 Exeter Cathedral is reportedly "...the finest example of Decorated Gothic architecture in any Cathedral." 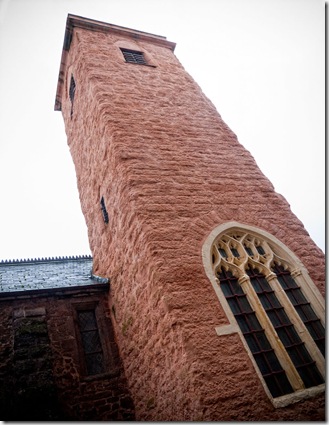 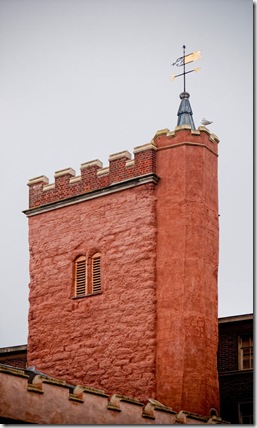 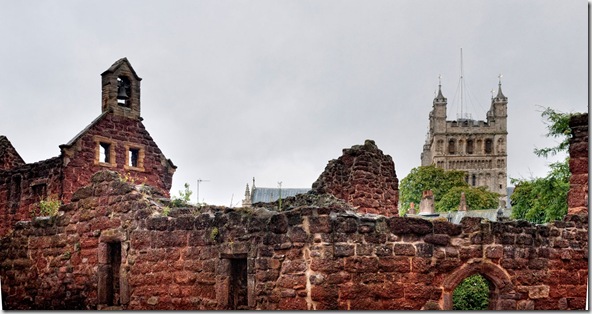 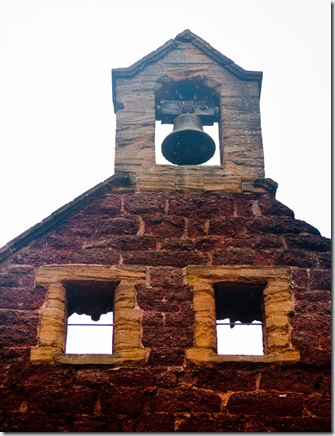 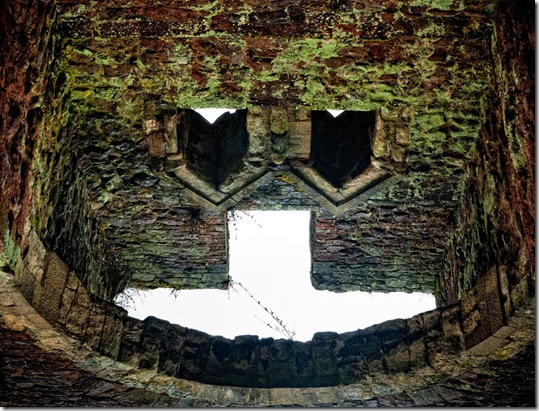 We only had a couple of hours to spare before our return train to Hungerford, so Viv chose another delight for us in Rougemont Gardens.  Such a shame it continued to drizzle and intermittently pour with rain, but we could still get a feel for the beauty of this parkland.  I'd never been here before ... 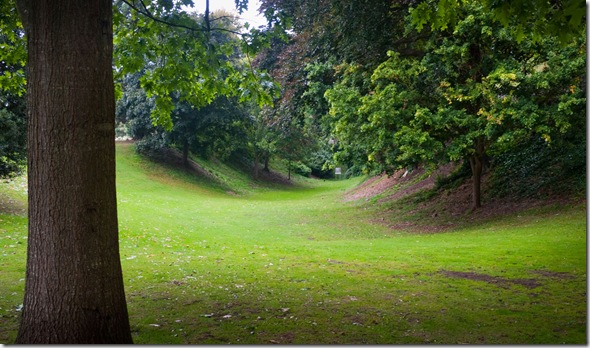 Inside Rougemont Gardens is a Roman city wall and bank, and the bank and ditches of William the Conqueror's Castle 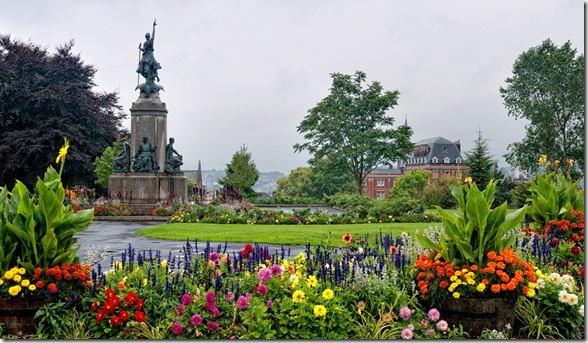 Superb floral displays all over the gardens 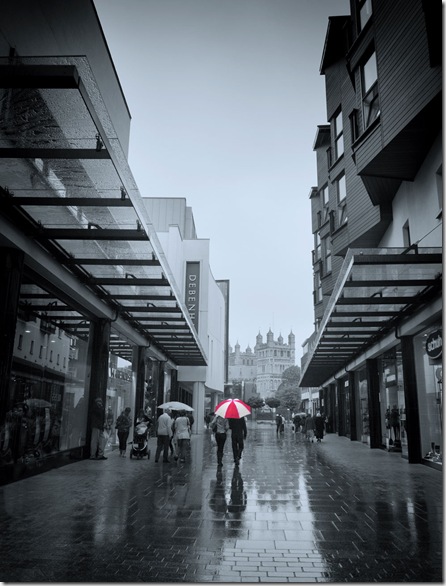 The new shopping complex in the town - a little damp and deserted! 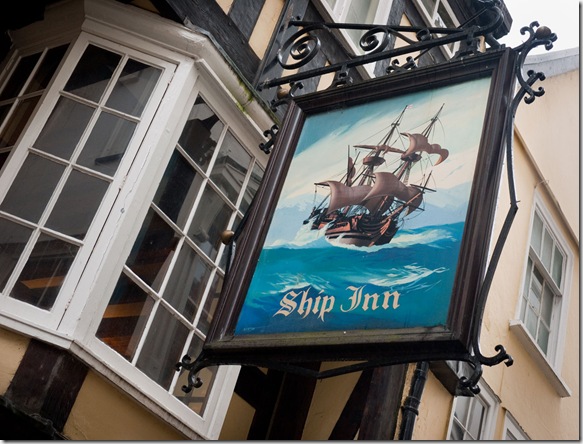 The Ship Inn is just around the corner from the cathedral, its exterior remaining very authentic but the interior has sadly not withstood the test of time.  In 1994, apparently the premises were refurbished and a Russian visitor paid £2,700 for all the fittings and fixtures to fit out and open the first English pub in Kaliningrad! 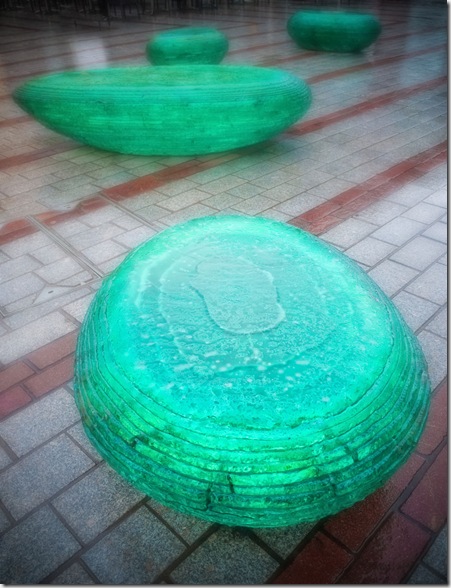 We caught the 1155hrs train back to Hungerford with no delays and found Northern Pride safe and sound.  After a spot of grocery shopping in Tesco's, we moved along for a pump out, water fill up, then meandered along the canal and three locks to an overnight stop and a look around the village of Kintbury. 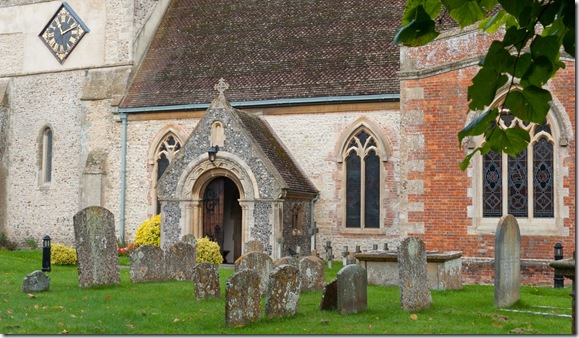 The 13th century church at Kintbury, restored in 1859 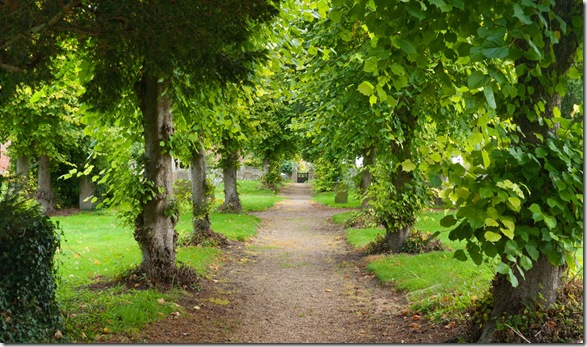 Wooded path leading to the church 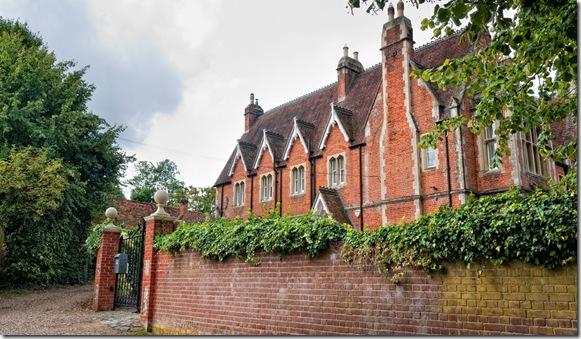 The Old Vicarage by the canal at Kintbury 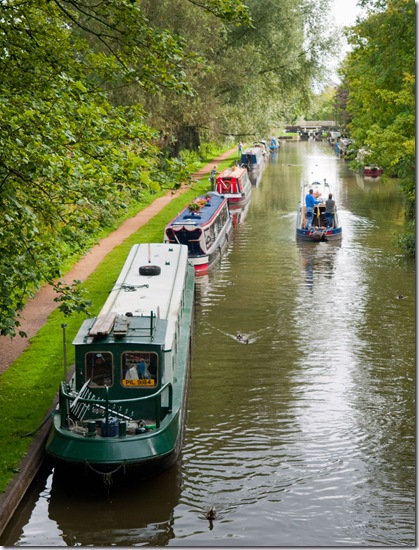 We have an abundance of guests arriving in the near future; Jill from Tamworth is visiting from Thursday to Saturday, then we have my daughter Kim and her partner Joe from Brighton Saturday lunchtime till Sunday evening, then Barry's son Tom all the way from New Zealand from Monday evening until 1 October!  Crikey!  No rest for the wicked, we're certainly never bored.  We also need to get an advertisement ready to put the boat on the market - sadly our time on Britain's waterways is running out :-( 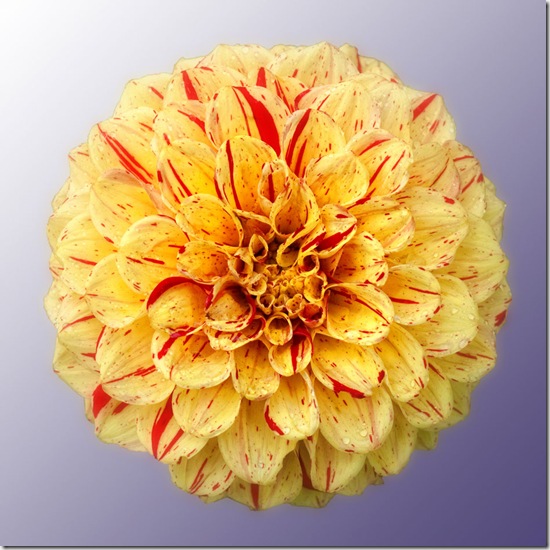 A glorious flower from Rougemont Gardens - looks like its been painted with a red brush!