Blue skies from Bath to Dundas

After stocking up on provisions and having a final mooch in Bath, we left the city around lunchtime, sharing the Widcombe locks with Brian, Rosie and Heather on NB Nancy-Anne.  Brian had been reading our blog for some time - Barry had been chatting to him when he was supposed to be collecting me from the station on Friday, so it was a most convivial journey up the six locks, despite them being extremely slow to fill and having to wait for other boats at times.  And of course the sunshine helped! 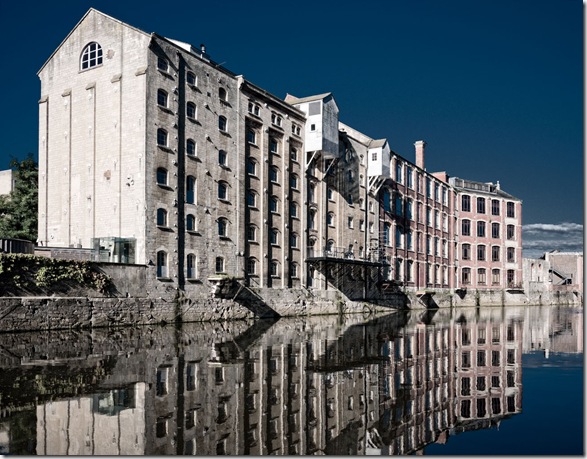 It certainly was a busy river with lots of hire-boaters out for August Bank Holiday weekend.  The water levels were very low in parts, with the 'Towpath Telegraph' suggesting that some naughty boaters hadn't closed the gate paddles last night, leading to a very muddy pound after Bath Deep Lock, and many boats grounded in the stretch after the third lock - but who knows if that's true or just a vicious rumour! 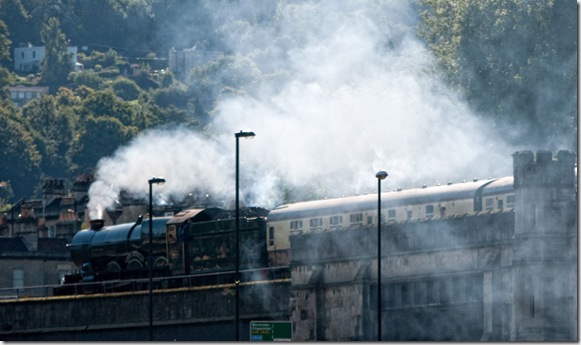 Being a bank holiday weekend the steam train was running 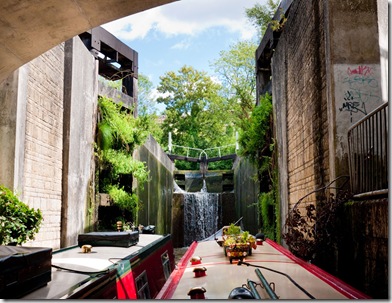 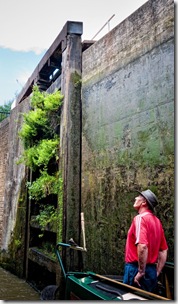 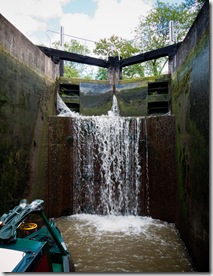 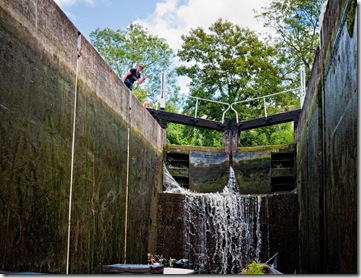 It's even more awesome entering from below 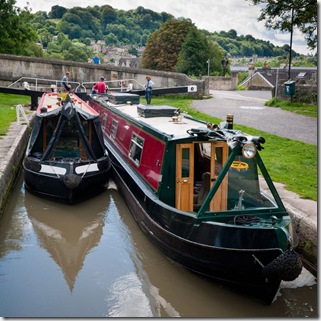 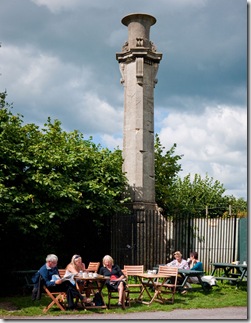 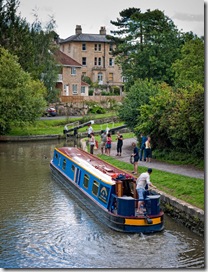 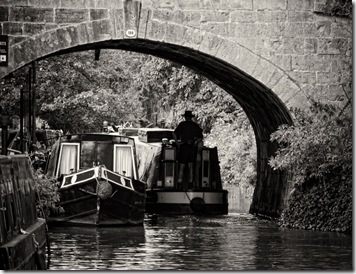 The pounds were very low through this stretch, with boats getting grounded everywhere 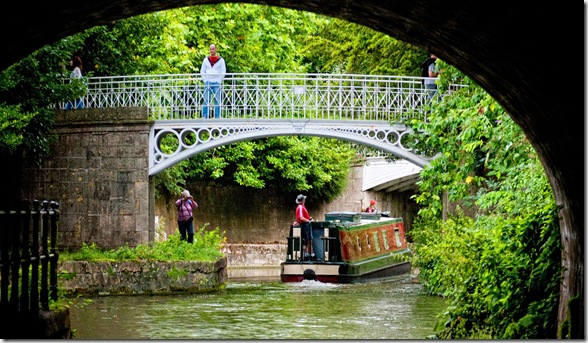 Through the beautiful bridges of Sydney Gardens ... 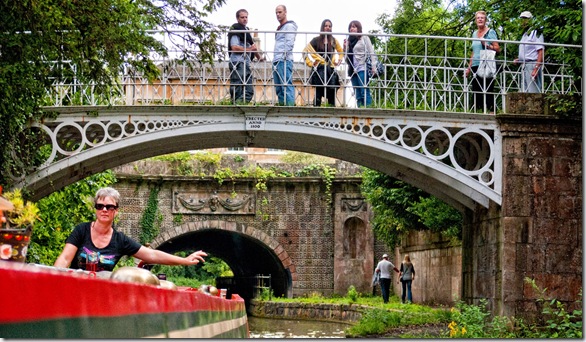 with plenty of Gongoozlers about ... 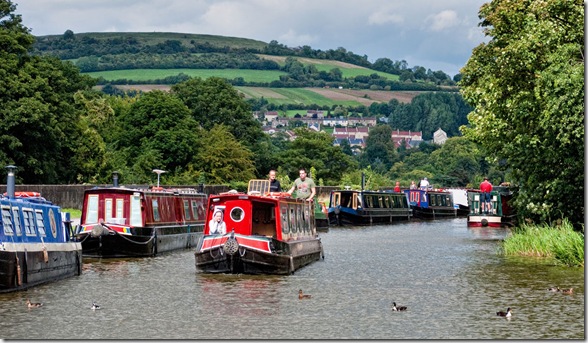 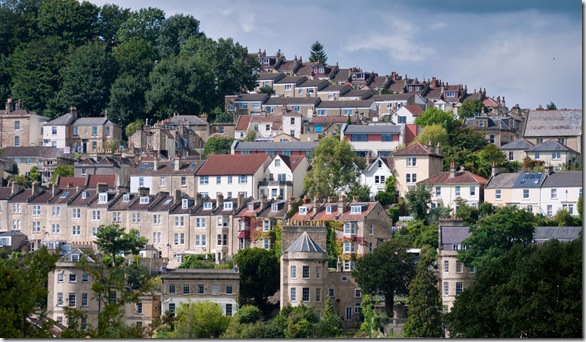 Delightful views across Bath from the canal 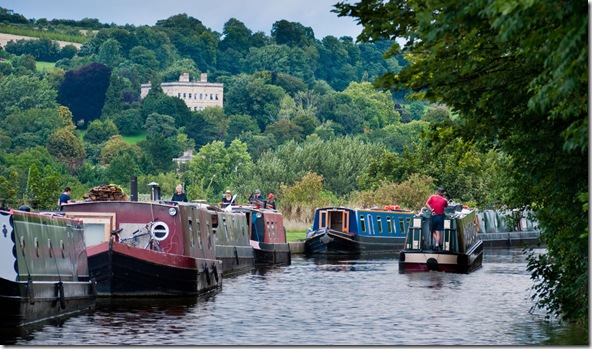 Brian takes the lead passing the many permanent moorers on the outskirts of Bath - a persistent problem here we're told, as many of these boats class themselves as 'continuous cruisers'!

One last look at Bath and we were back in the countryside once more, though you're still surrounded by moored boats at every turn, so it's a slow journey despite the lack of locks.

Barry met a bloke at the pub on Thursday night who told him that Simon, who owns the boat on the left in the above photograph, is a bit of a local character. It sounds like he's had the odd run in with British Waterways and other authorities due to the appearance of his vessel - we've seen some strange sights along this canal and Simon's is definitely not the worst of them, in fact it's rather attractive in an odd sort of way. What do you think, could be from a watery 'Lord of the Rings', a bit 'Hobbit-like' ... 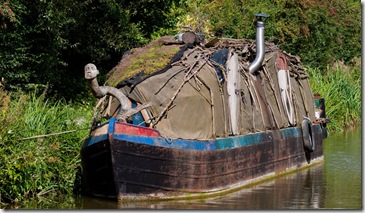 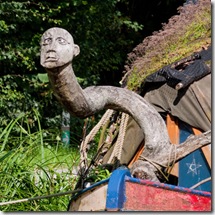 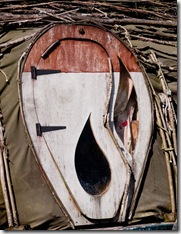 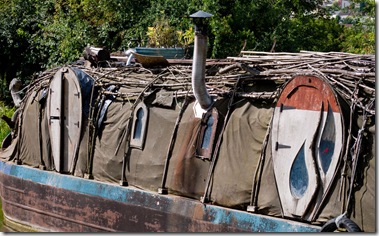 We lost Nancy-Ann after the locks as they were in a rush to get to Sells Green to meet friends, while we weren't in any hurry.  Going through the outskirts of Bath, we spotted Jill and Tony on NB Tobias Maximus - we'd chatted to them previously in Goring, discovering that Barry and Tony have both had careers as professional photographers. 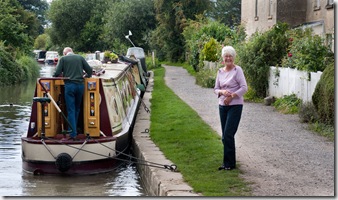 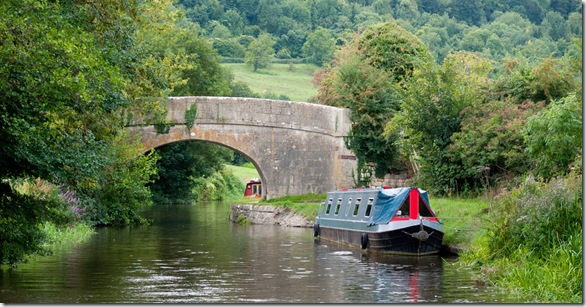 Delightful countryside, and the moored boats begin to diminish for a while

Moving on after our catch up, we eventually arrived at Claverton Pumping Station - one of the places we thought we'd try to visit on our return along the K & A, but by the time we arrived it was closed for the day.  They were advertising a 'Pump day' for Bank Holiday Sunday, but Barry chose not to come back - maybe he's had his fill of steam engines for now?  So we just moored up, had a walk to the building and took a few photos ... 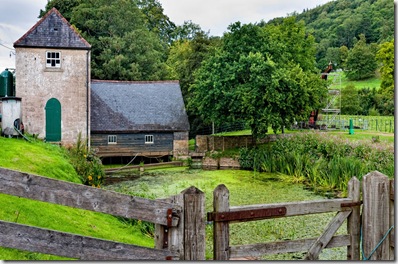 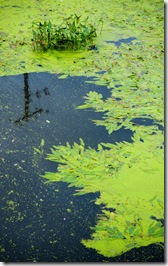 Claverton Pump Station, constructed to pump water 47ft up to the canal from the River Avon - the original pump no longer supplies water to the canal - automatically-controlled electric pumps, which keep the water in the canal within predetermined levels, now perform this task. 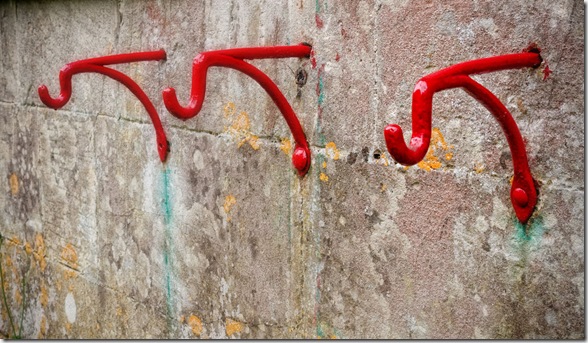 What happens if there's a fire? 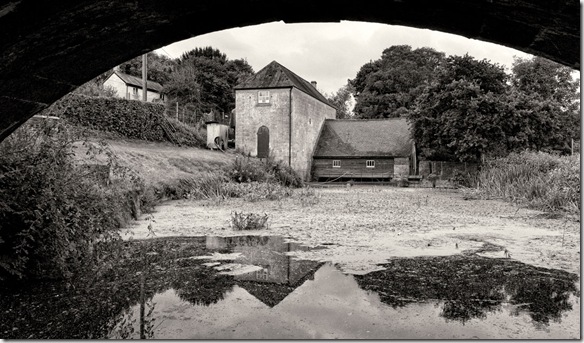 The river turned a huge wooden water wheel, which in turn drove the pump 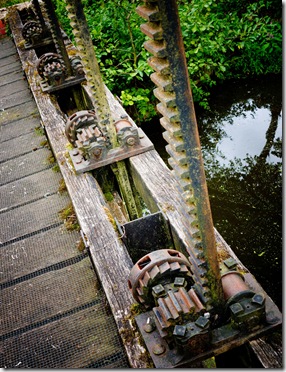 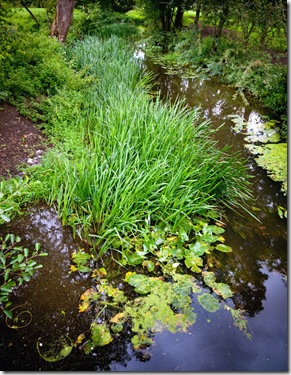 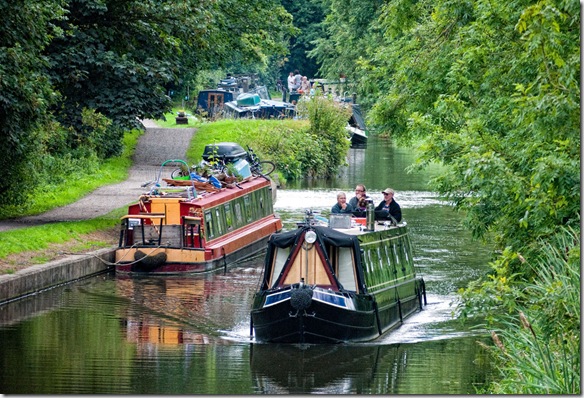 We arrived at our destination of Dundas Aqueduct around 1800hrs, and easily found a good mooring.  I suspect the hire boaters that are out are heading to Bath and back, not meandering along the way, as it was previously very busy on our way through.

I went for a walk along the canal after tea, and had look at the Aqueduct from below - but could only find one almost hidden path which led to a rowing club - maybe I'm missing something, surely such a beautiful construction would embrace visitors to gaze admiringly at it?  We'll have another explore in the morning ...