From one bury to another - Kintbury to Newbury

We moored at Enfield last night and Tom took the train this morning into London to explore some of the galleries and sights, leaving Barry and I to travel to Tottenham Hale where we'll meet up with Fred this afternoon ...

It was a bright and beautiful morning when we poked our heads out of the windows this morning, despite the forecast predicting a wet and chilly day.  We're hoping to have another Indian Summer like last year for Tom's visit next week - I must tell him to pack his thermals though just in case!  He's just experienced his first Wellington winter though, so I suspect it'll be warmer here anyway.

As it was such a pleasant day, I caught up on some hand washing in the morning - it's going to be a challenge keeping on top of it all the visitors we're expecting.  When/if we return to the waterways in years to come, I shall definitely insist on having a washing machine on the boat.  I dislike washing by hand, and having it hanging around the bow, dripping all over, is a real pain.  At least if its been spun first you can dry it inside the boat fairly quickly.  Ah well, it's not so bad really, I could be at work instead!!!

Our aim today was to get at least as far as Newbury, we need to be in Reading by Thursday lunchtime as our friend Jill is coming to stay for a couple of days then.

We're still enamoured by the Kennet & Avon Canal, despite travelling the same stretch on the return journey, and saw more wonders of the waterways today ... 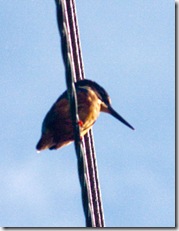 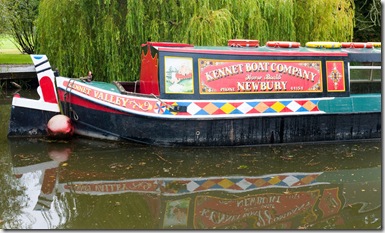 Wow!  A Kingfisher sits still ...    and another magnificent, but rare sight - check out that rudder!

It was only about six miles and six locks to Newbury, and we managed to share some of them with a couple on their boat; sadly we didn't record the name of it! 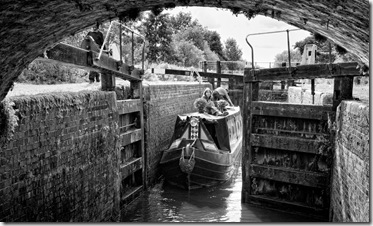 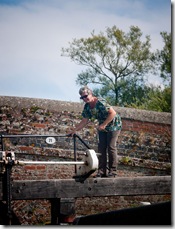 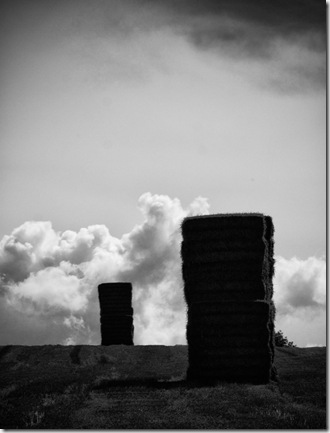 Silhouettes of haystacks in the fields

We'd had an email from 'Waterscape' to say that lock 95 at Aldermaston was closed on Wednesday until 1600hrs, so there was no point in travelling any further, we'd have a longer day tomorrow. 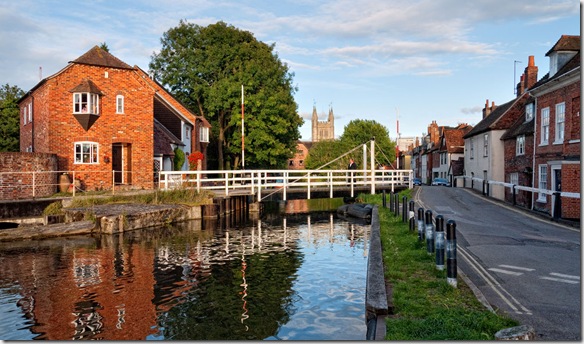 Heading back into Newbury 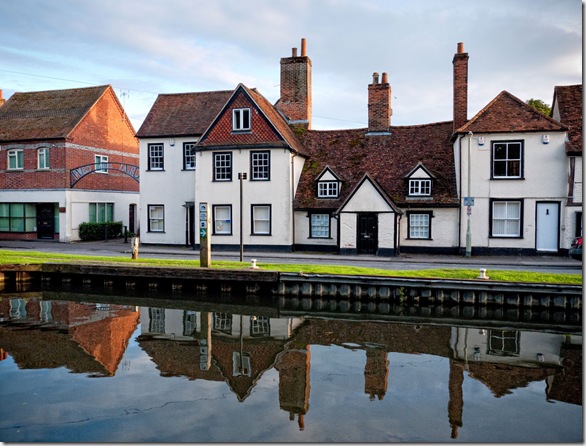 Moored above the lock this time - look at those charming chimneys!

In the evening we watched another couple of episodes of  'The Travelling Man', the 1980's TV series about an ex-con, ex-cop searching for his son and the villains who 'set him up' that Granny Buttons very generously lent us eons ago - we'll finish the fourth and final DVD tomorrow night and send it safely back.  You can read here the first of Granny Buttons' comprehensive posts on the series.  We'll strangely miss Max and his haunting pan pipes.  Despite some tales being a bit slow and tedious with vague connections with the canals, he's grown on us over the last few months like an old friend.  He certainly had varying luck with women - although he seemed to have 'a girl in every port' so to speak, a couple of them died tragically, one by suicide and the other through manslaughter - he was a bit of a danger to be around!  Still, at least he did find his son and spend a week with him, and eventually caught the scoundrel who framed him. 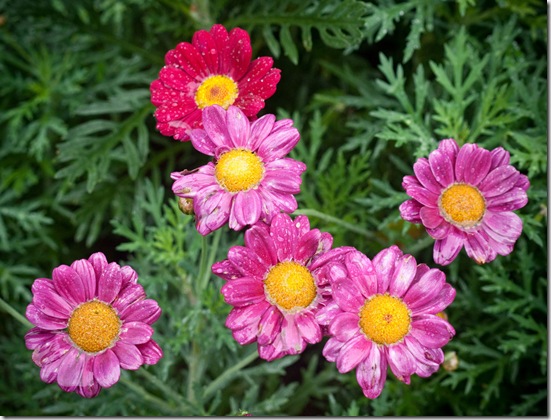 Email ThisBlogThis!Share to TwitterShare to FacebookShare to Pinterest
Labels: Kennet and Avon