Dundas Aqueduct - why no celebration?

We both set out to investigate Dundas Wharf junction on Sunday morning, but sadly didn't find any other way of gazing at the imposing Dundas Aqueduct than the path I'd discovered last night.  Checking out Captain Ahab's aqueduct blog, he extols the virtues of this mighty construction, but for some reason doesn't mention the lack of good access or why it hasn't been embraced and celebrated as the Avoncliffe Aqueduct, a mere three miles away, has.  So I was none the wiser - what a shame, it's likely that many people just sail over it without realising what beauty lies beneath them. 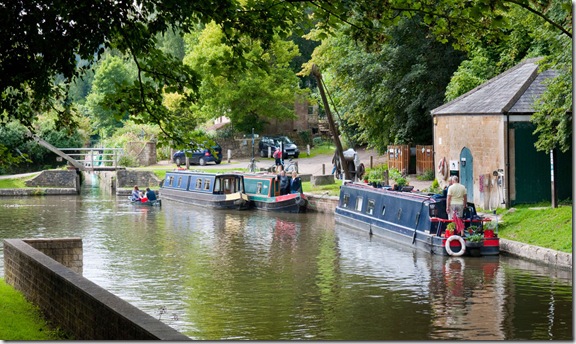 Dundas Wharf with the junction of the Somerset Coal Canal ahead, sharp left turn for the K & A 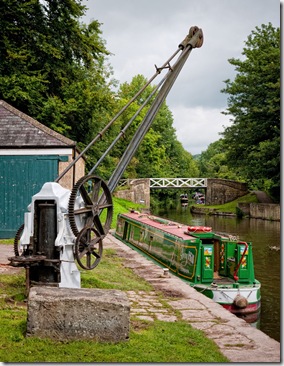 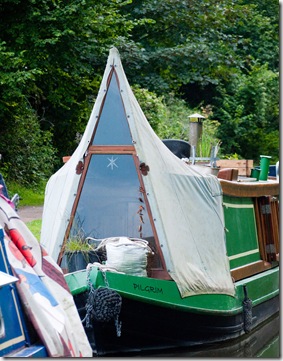 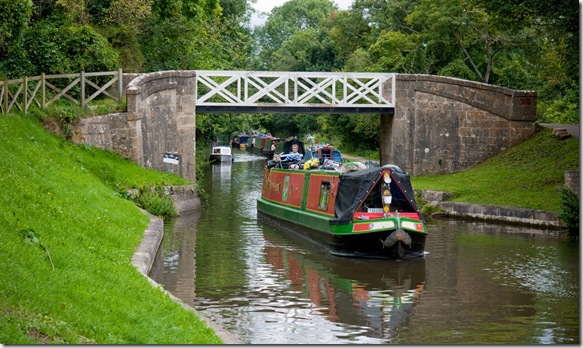 Looking back up the K & A towards Claverton 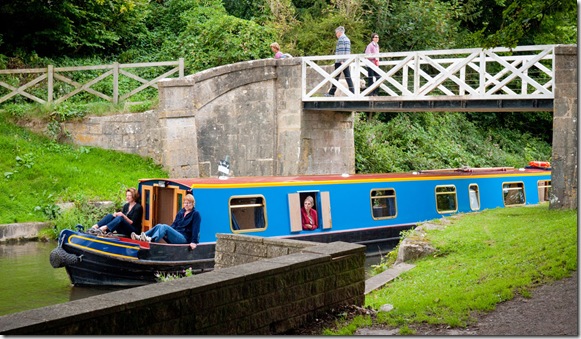 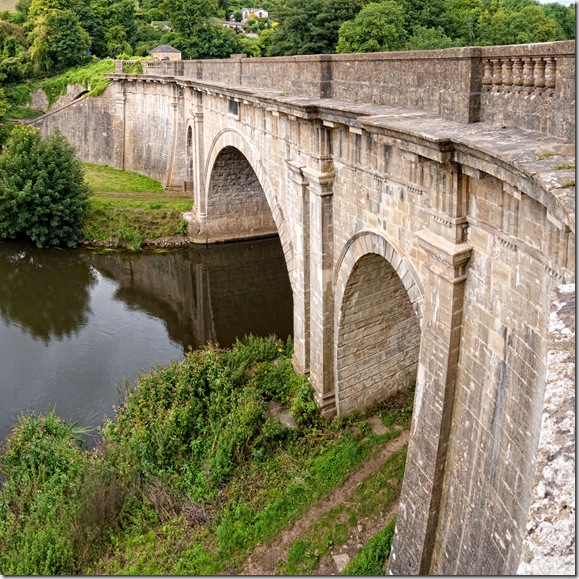 The monumental structure of Dundas Aqueduct from the ridge ... 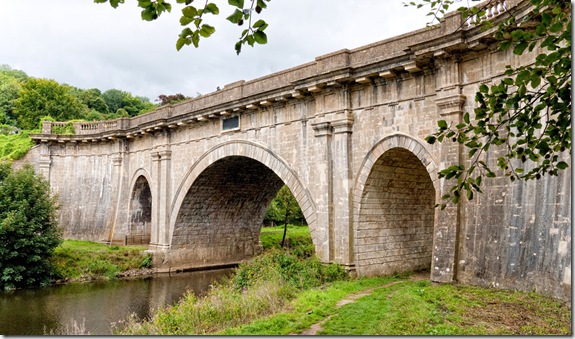 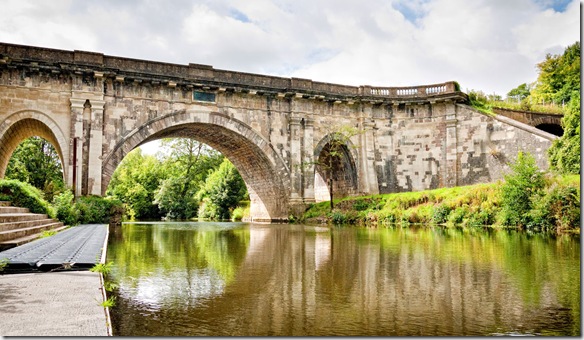 and the other side, from the rowing club's jetty 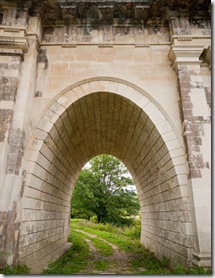 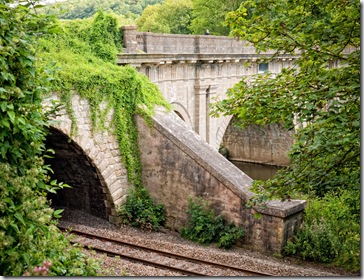 Some more angles, with the railway hugging the side of the river and preventing easy access 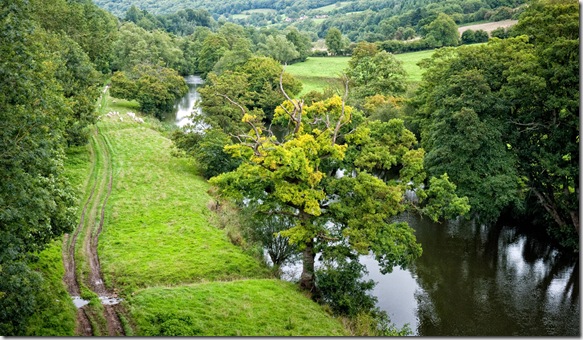 The view of The River Avon from the aqueduct

After Barry got his fill of photos (and scaring me half to death standing on the ridge of it to get one of the above photos!), we walked along the short arm of the Somerset Canal, browsing in the museum of the Somerset Coal Canal Society.  There's lots of permanent moorings along here, with day boats to hire, canoes and bikes - a hub of activity with a good cafe too. 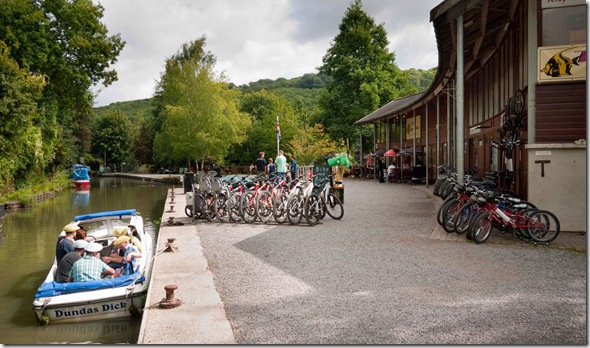 Boat, canoe and bike hire from Bath & Dundas Canal Co, at the end of the Somerset Coal Canal - no wonder there's so many bikes on the towpath

We finally left Dundas late morning, travelling along this very pretty stretch of canal and moving through Bradford-on-Avon stopping only for Barry to get a shot of the watermill at Avoncliff Aqueduct. 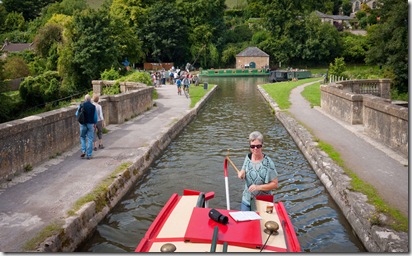 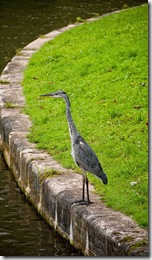 Over the Dundas Aqueduct and past this brave and graceful heron, who didn't move an inch 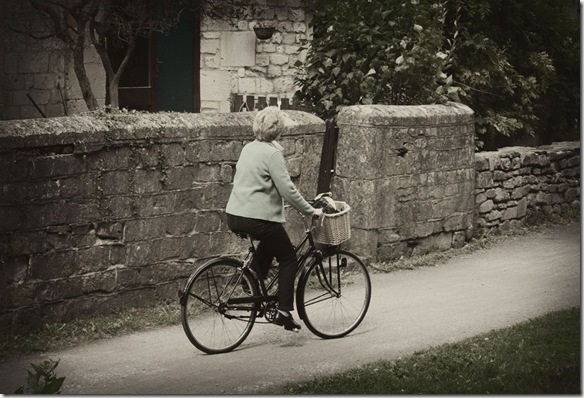 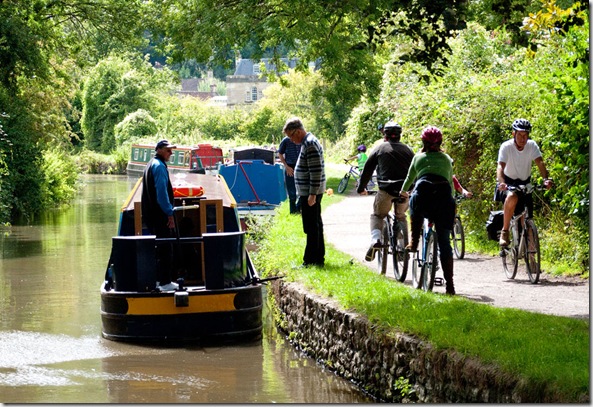 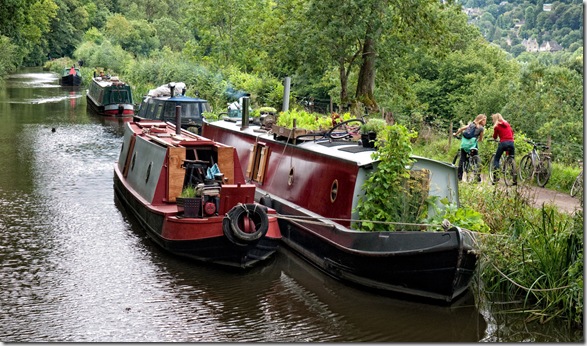 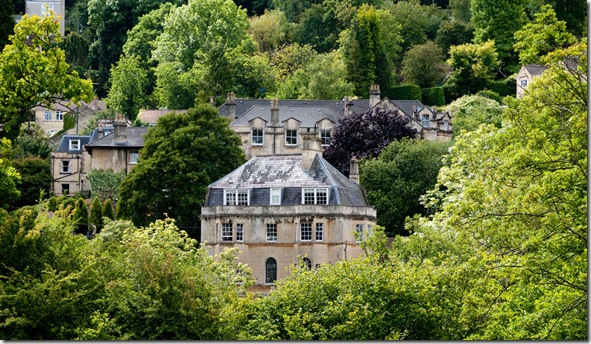 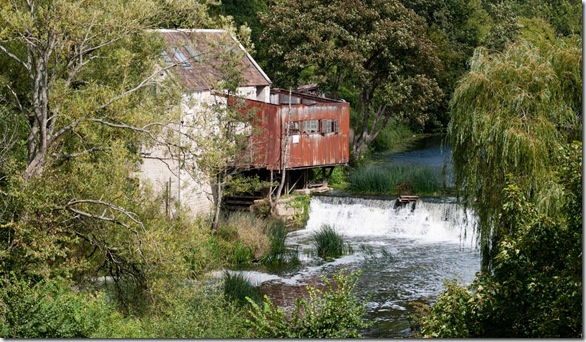 The old mill as seen from the Avoncliff Aqueduct

We had one lock to work in Bradford alone, then did the next couple with NB Captain Starkey and crew, a shared ownership boat.  Between the locks we'd collected our three pump-out cards previously purchased but forgotten to pick up from The Boatyard, and filled up with diesel and water - there's a very a helpful man there who tightened up our 'stern gland' (sounds painful!) and gave Barry lots of useful advice. 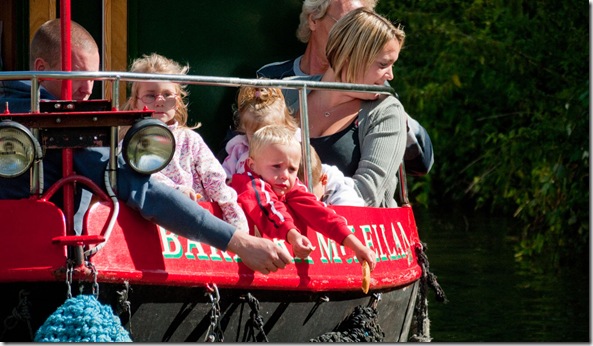 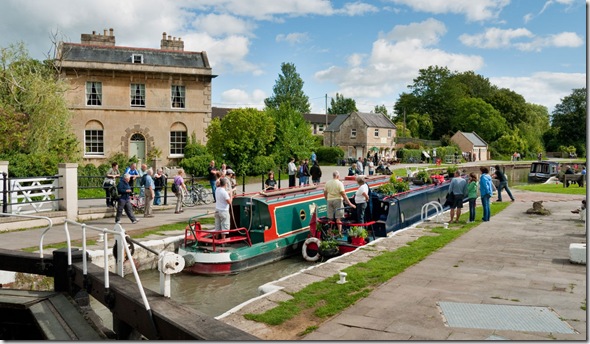 The lock at Bradford attracts plenty of spectators ... 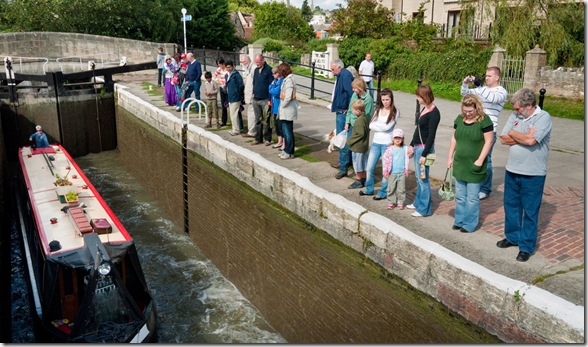 We eventually moored at Semington, just after the junction of derelict the Wilts and Berks Canal.  Tomorrow we'll be tackling the 34 locks to Devizes, so we'll need a good night's sleep and an early start!  We're hoping to find another boat to share the Caen Hill flight with this time ... 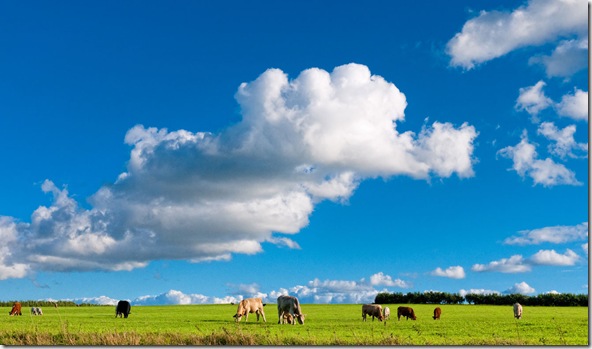