More views of Sheffield - this time from the master's lens

A rare treat today, I can post some of Barry's photography.

Sadly Barry left his camera in Fred's car when we walked around the town, so the only shots we have of the centre are the few I took on my iPhone previously posted.

We do however have lots of delightful waterway-related images to share - appropriate really for a boating blog!

Firstly though, there's an image specially for Gavin - can you pick out which are the three pub stops on the way from the bus station? 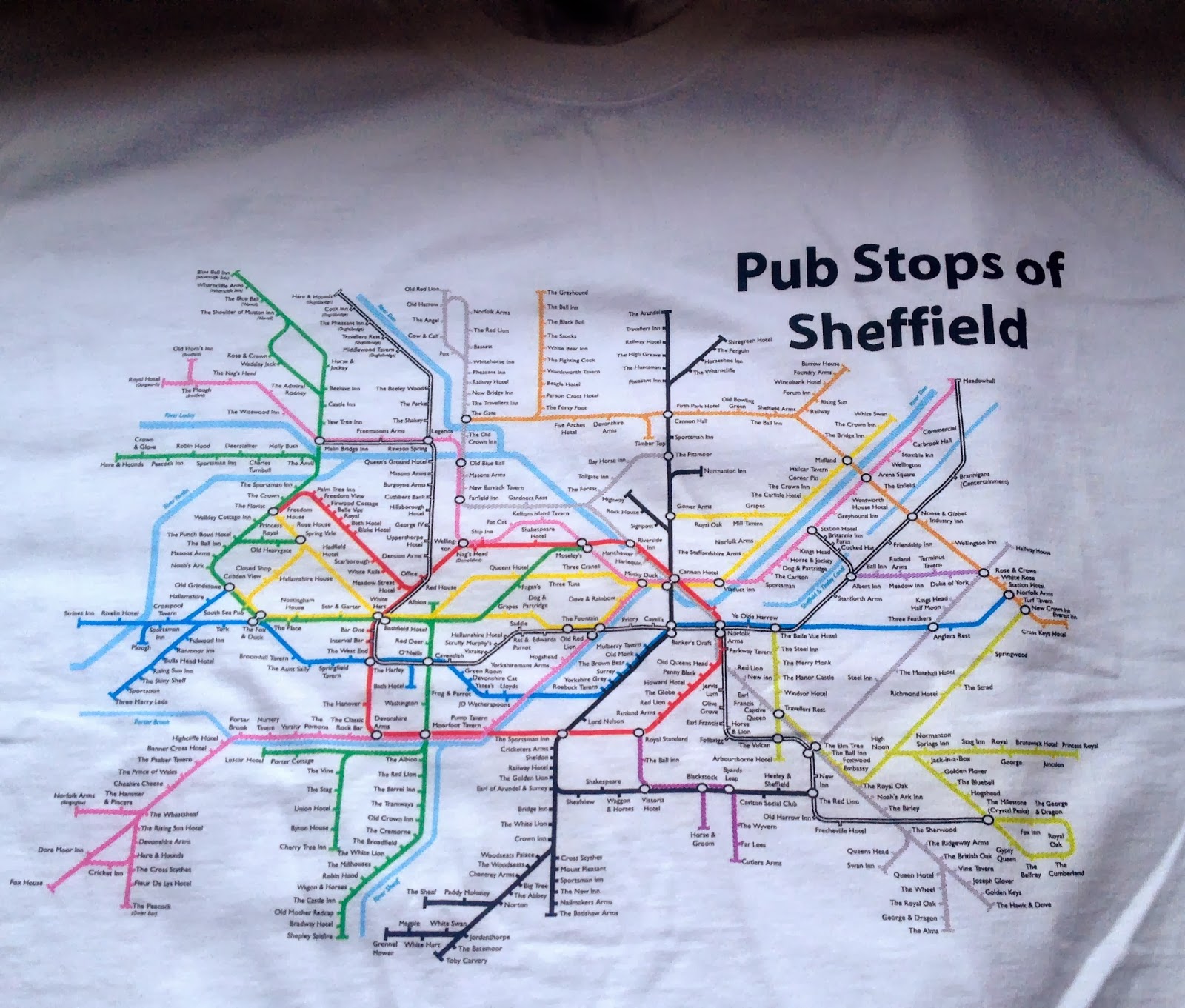 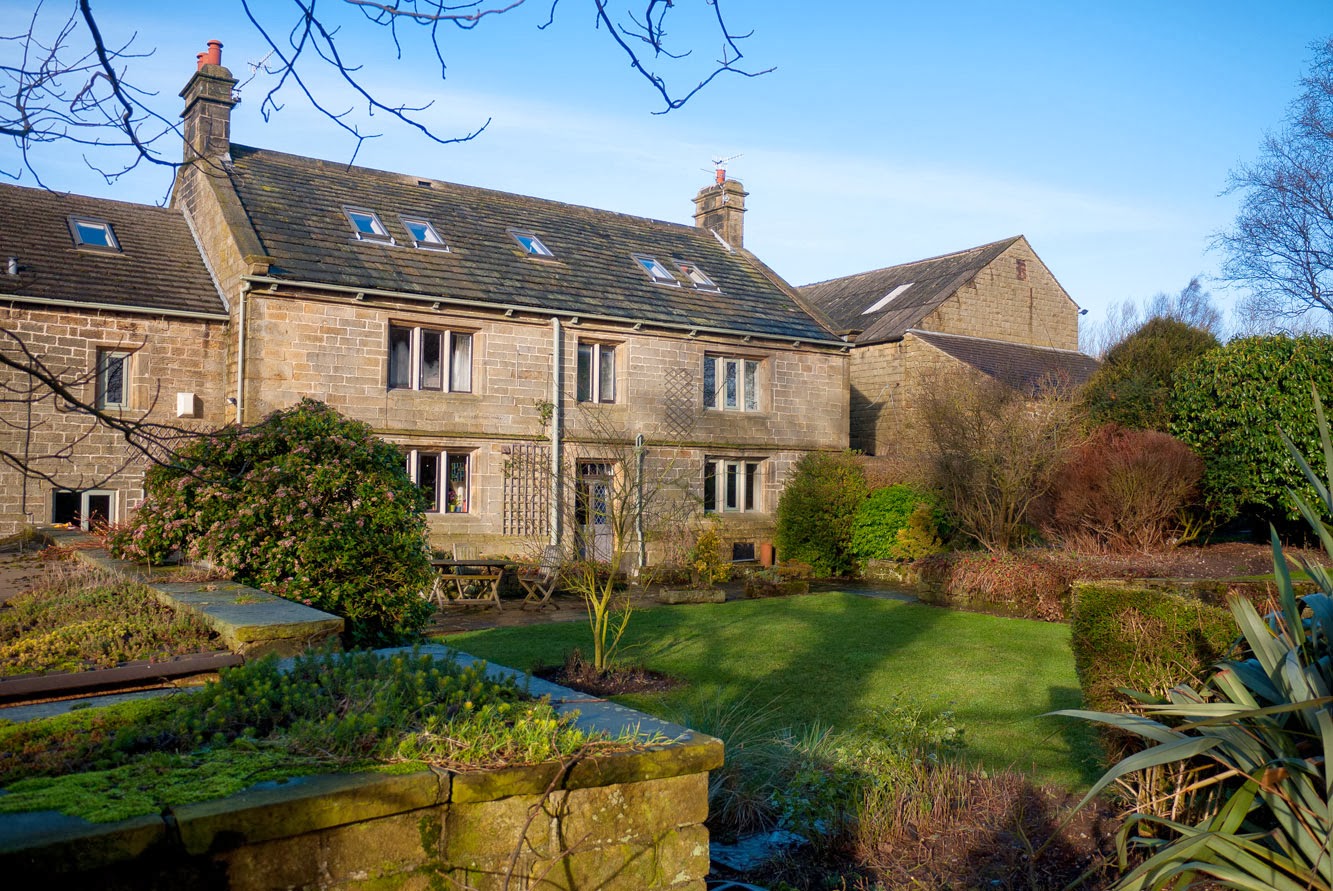 Fred and Sarah's gorgeous home, on the edge of the Peak District National Park

The rain graciously relented last Sunday afternoon for a few hours, so we were able to explore the area around the River Don and Sheffield Canal Basin. 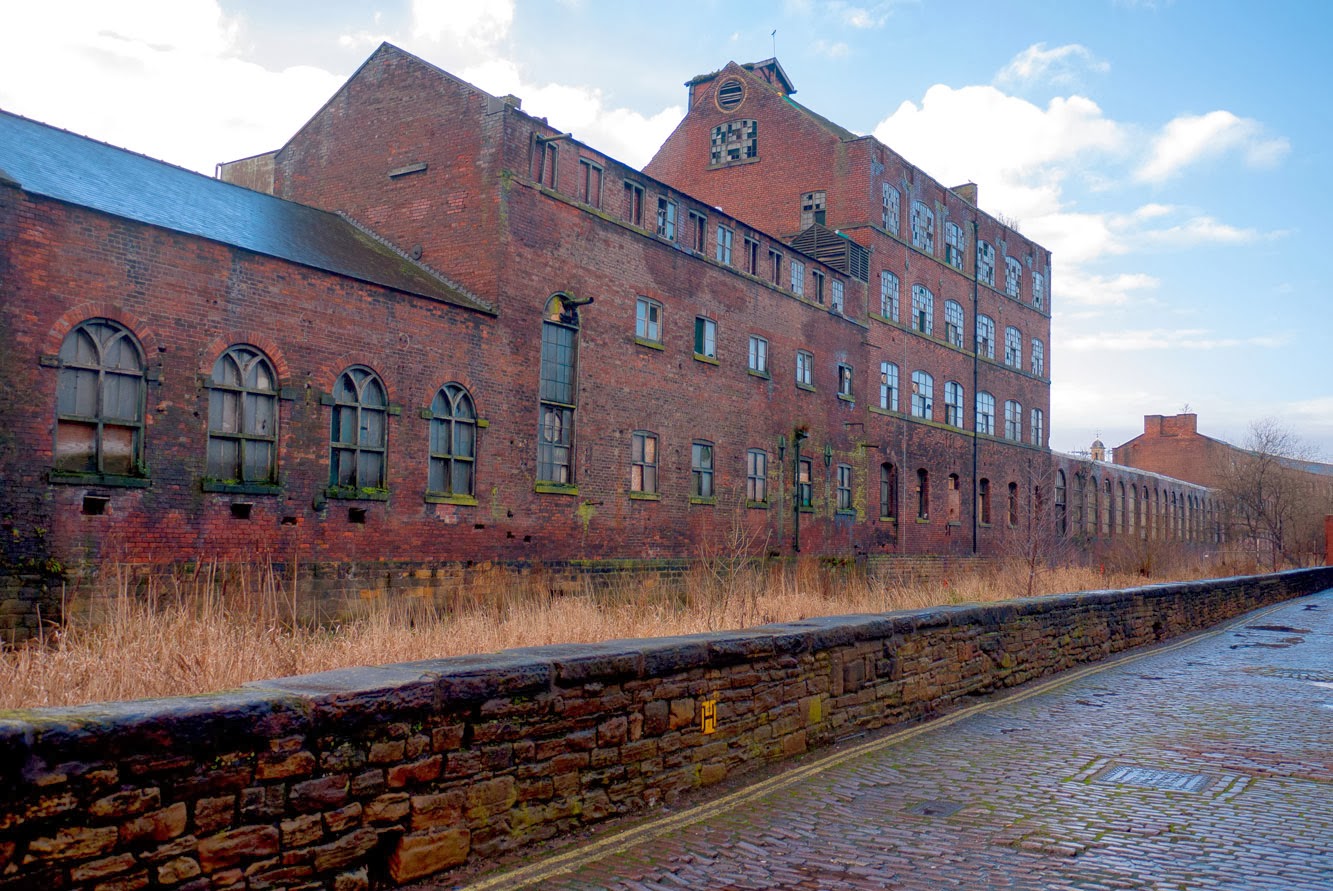 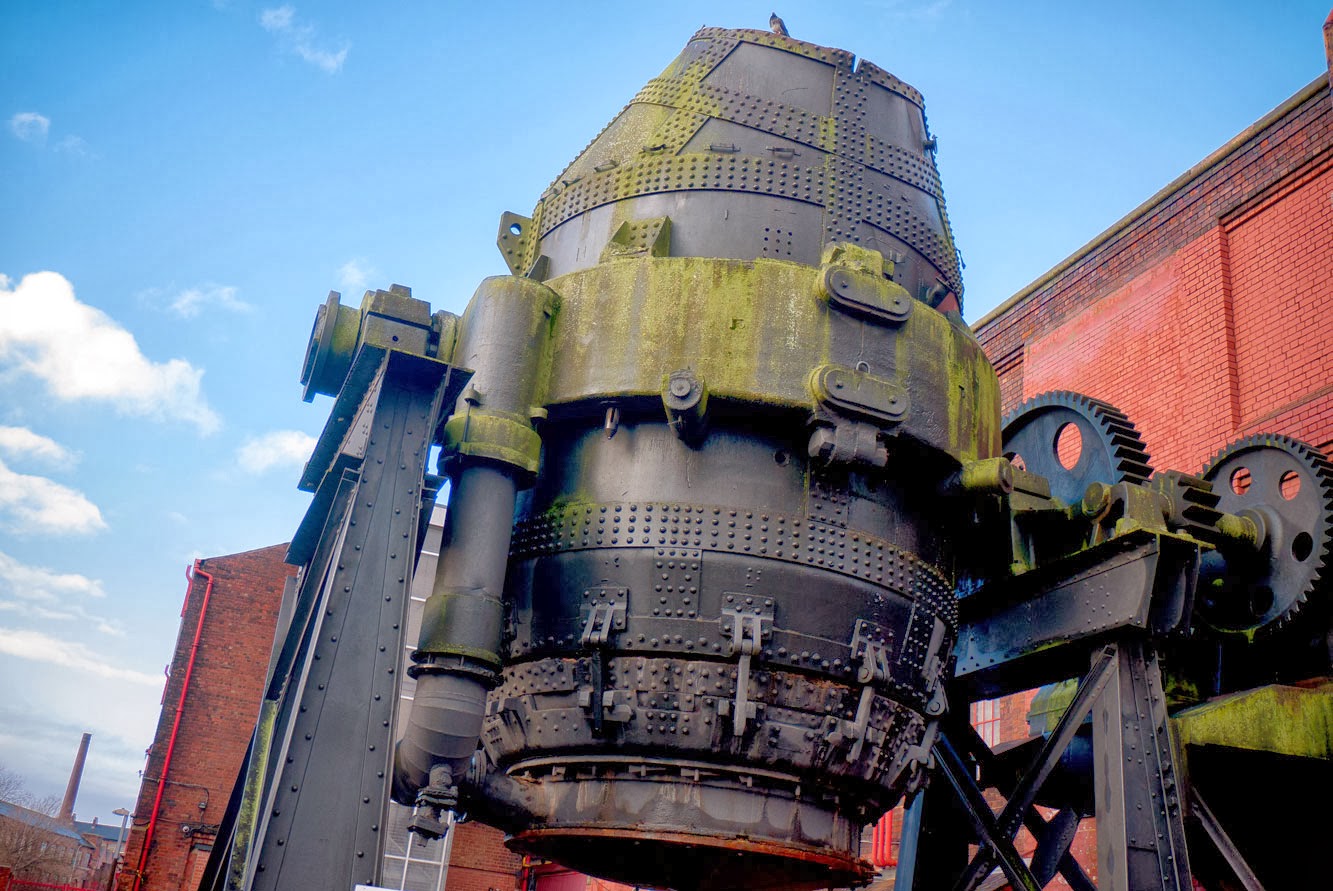 A huge 'Bessemer converter', England's largest, which was used to produce steel by blowing air through molten iron 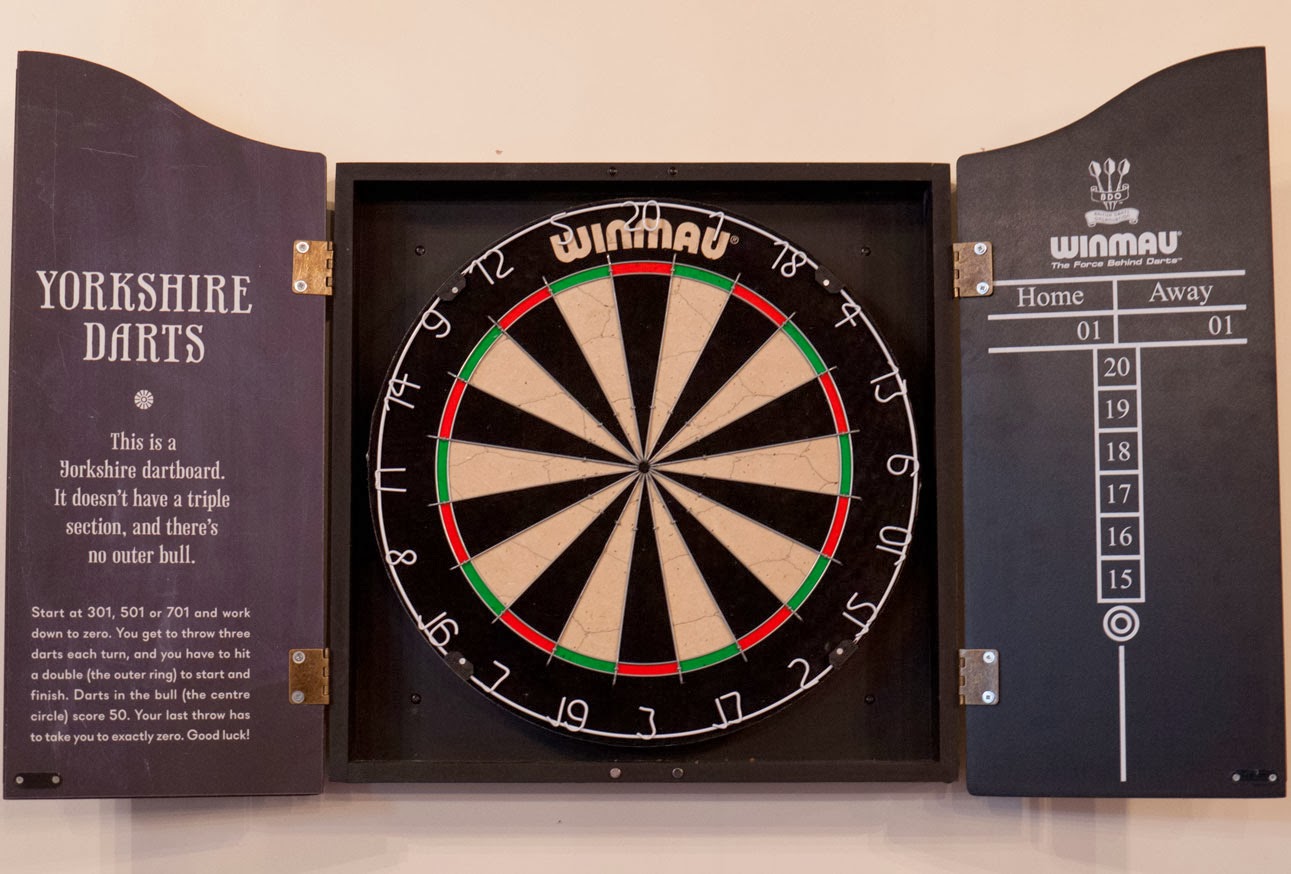 A 'Yorkshire' dart board in the museum pub 'The Millowner's Arms', contains no trebles - we've seen a similar one called a 'Manchester' log-end board - and there's also a 'London Fives' variation - click here for a bit of dart board history 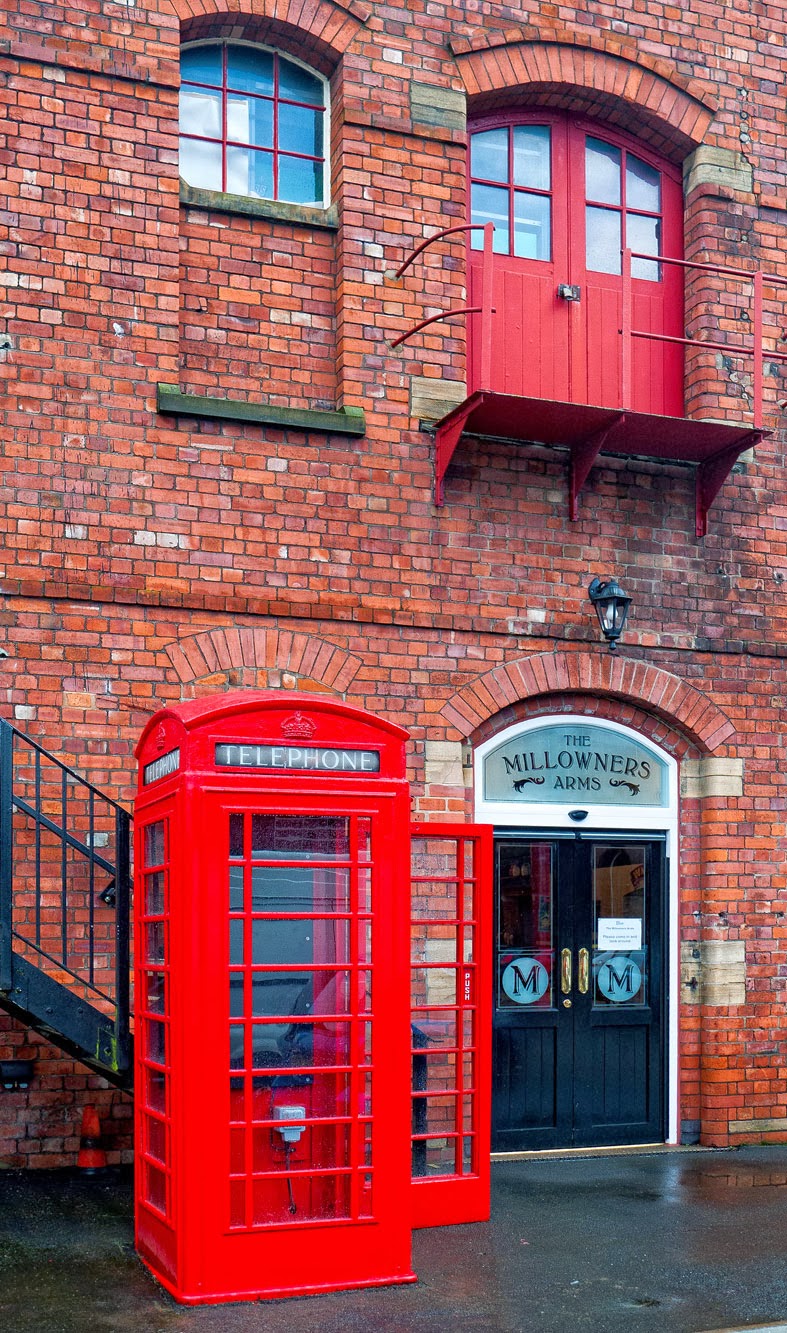 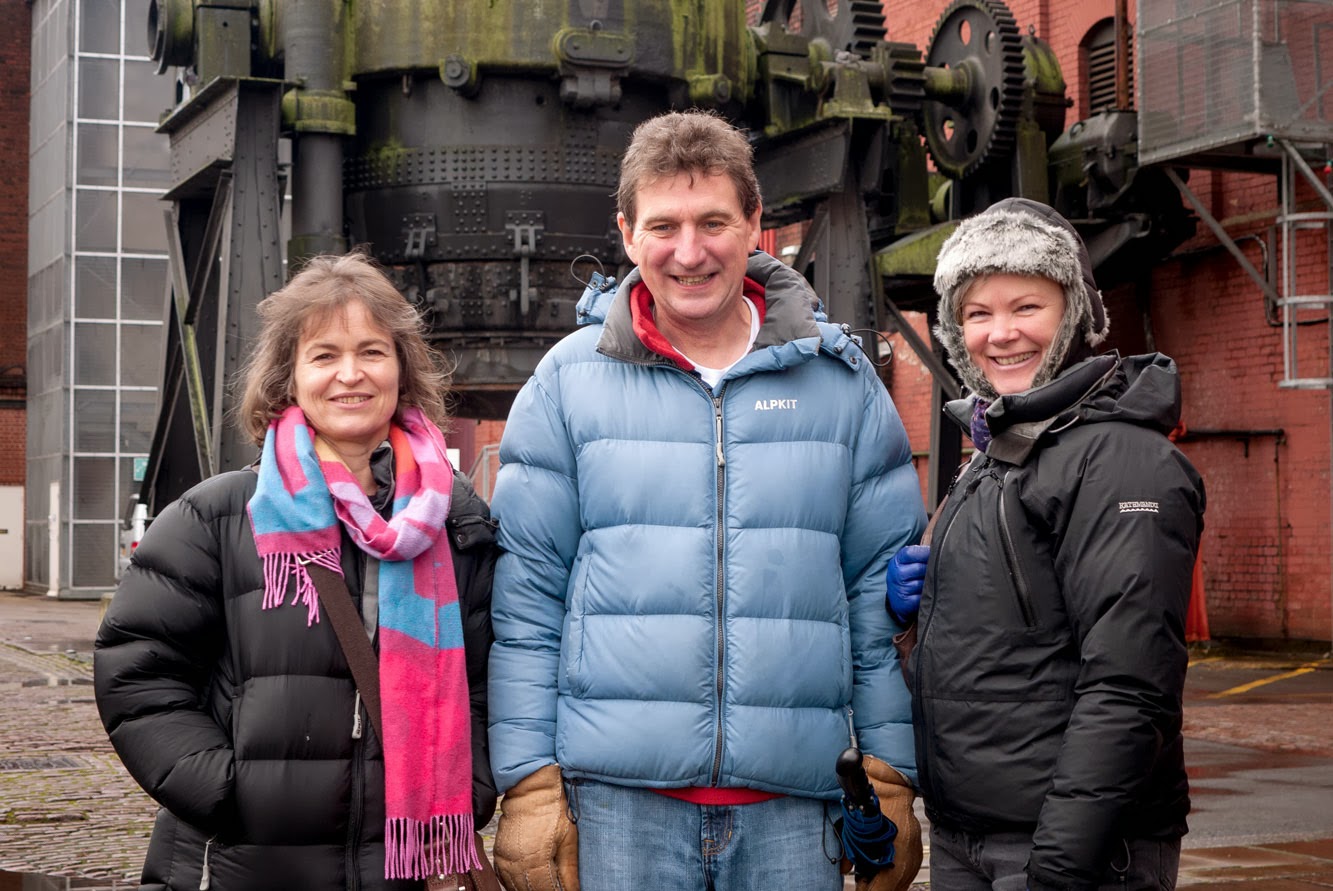 Sarah, Fred and Sandra all wrapped up in their down jackets - and Sandra's newly bought furry hat to keep her ears warm and snug! 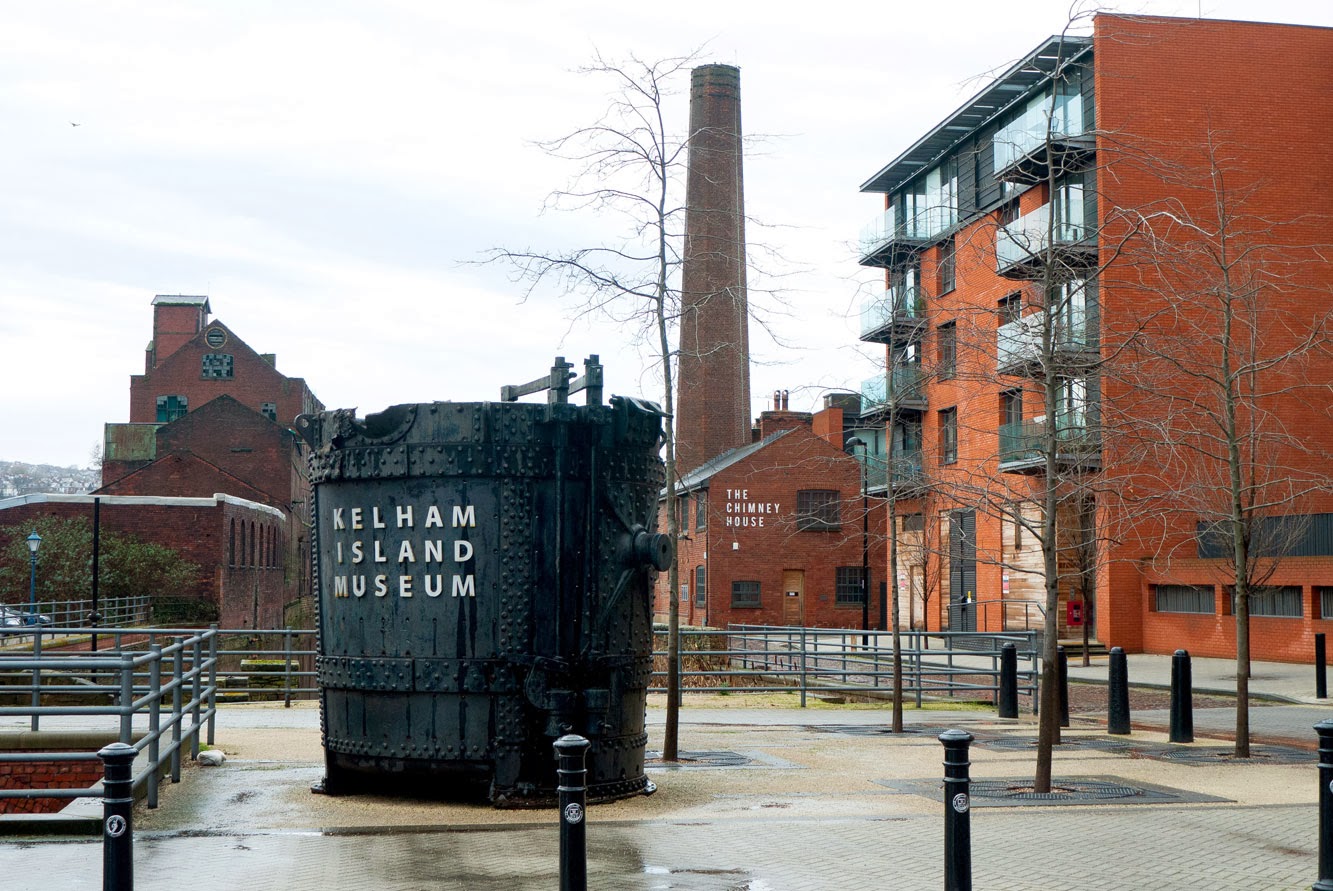 The River Don and Victoria Quays

The 'Great Sheffield Flood' occurred on 11 March 1864, following the collapse of the 'Dale Dike Dam', destroying 800 houses, as well as destroying or damming most of the Don bridges upstream of Lady's Bridge, and killing 270 people. There's been a more recent catastrophe invoking the river, more of that later …

Water can be a formidable force, as unfortunately we're discovering again in Somerset, following the wettest January for more than quarter of a century. 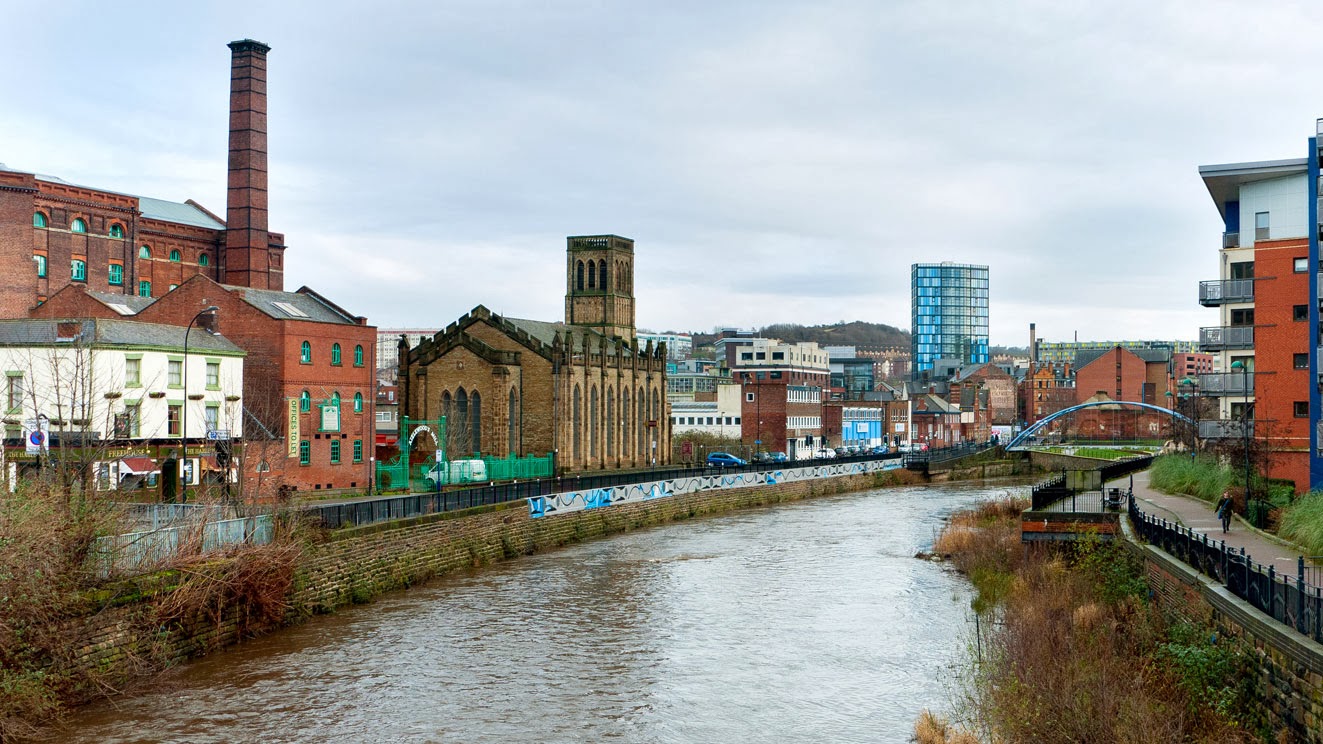 The River Don, embraced by a variety of old and new buildings - the water levels were noticeably high 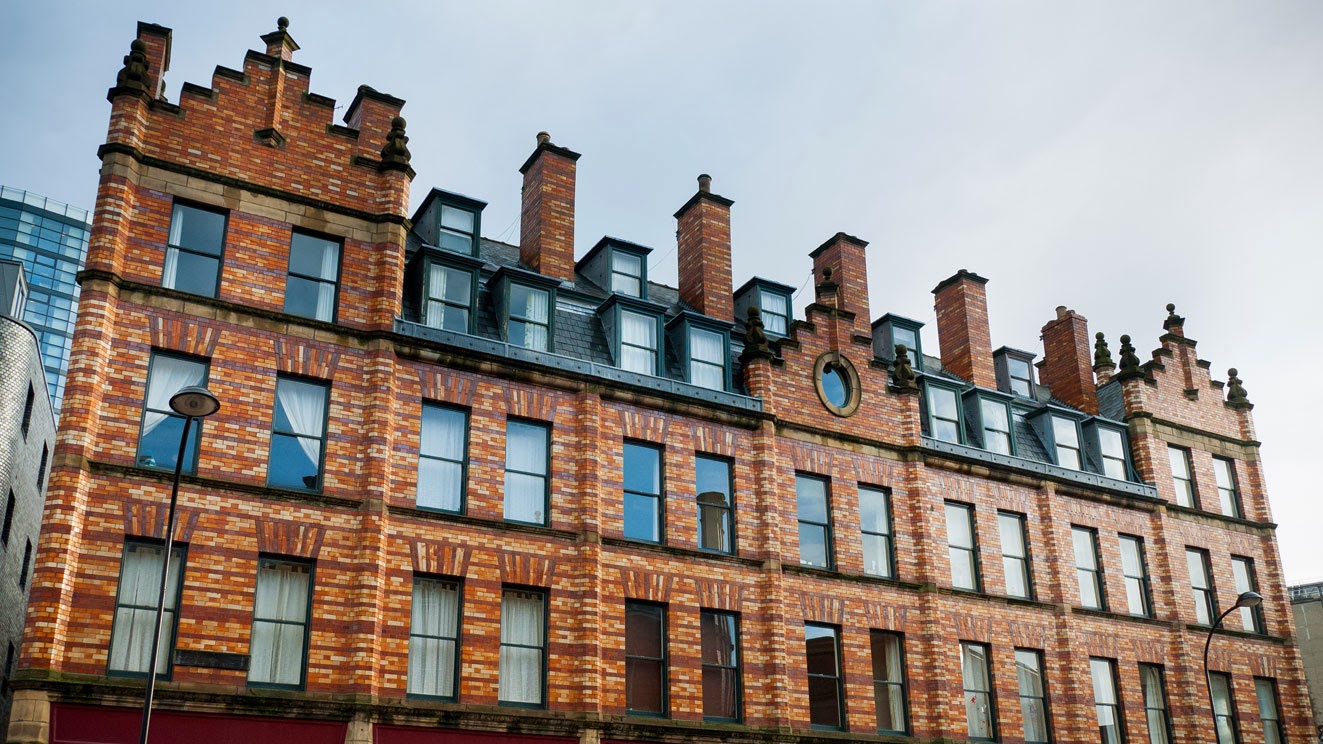 Very fine tile-work on this building along our walk ... 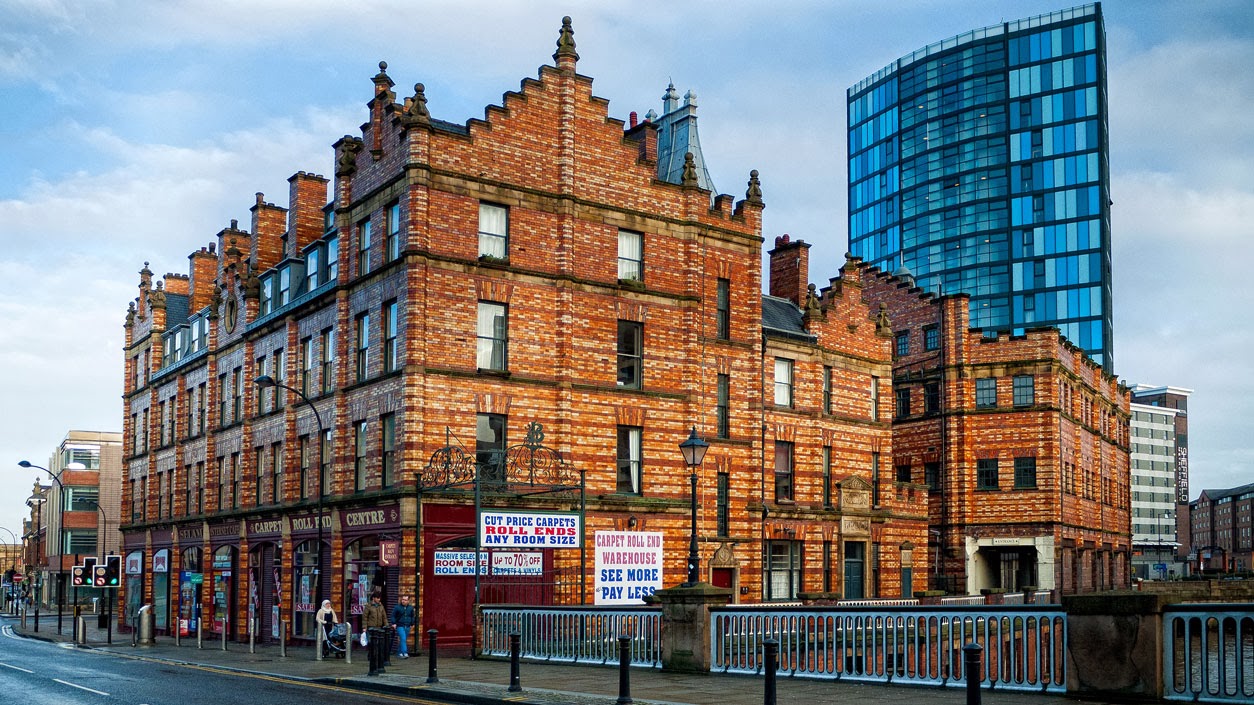 … spoilt somewhat by the advertising! 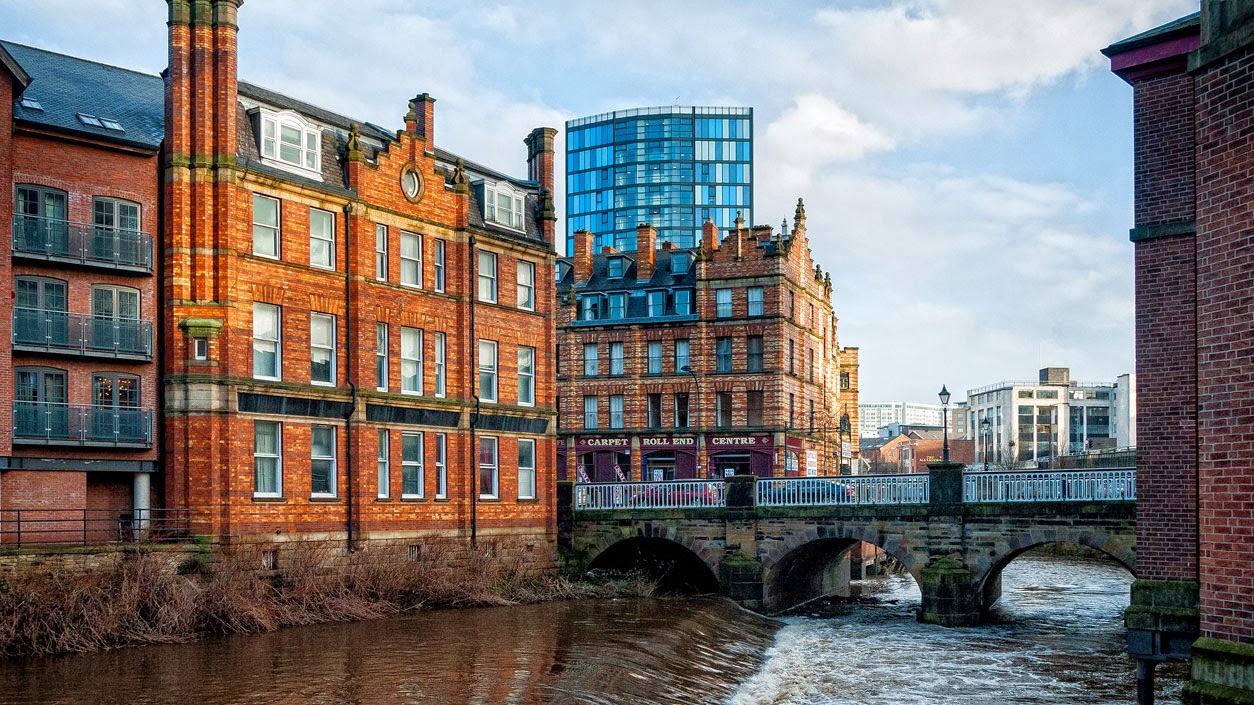 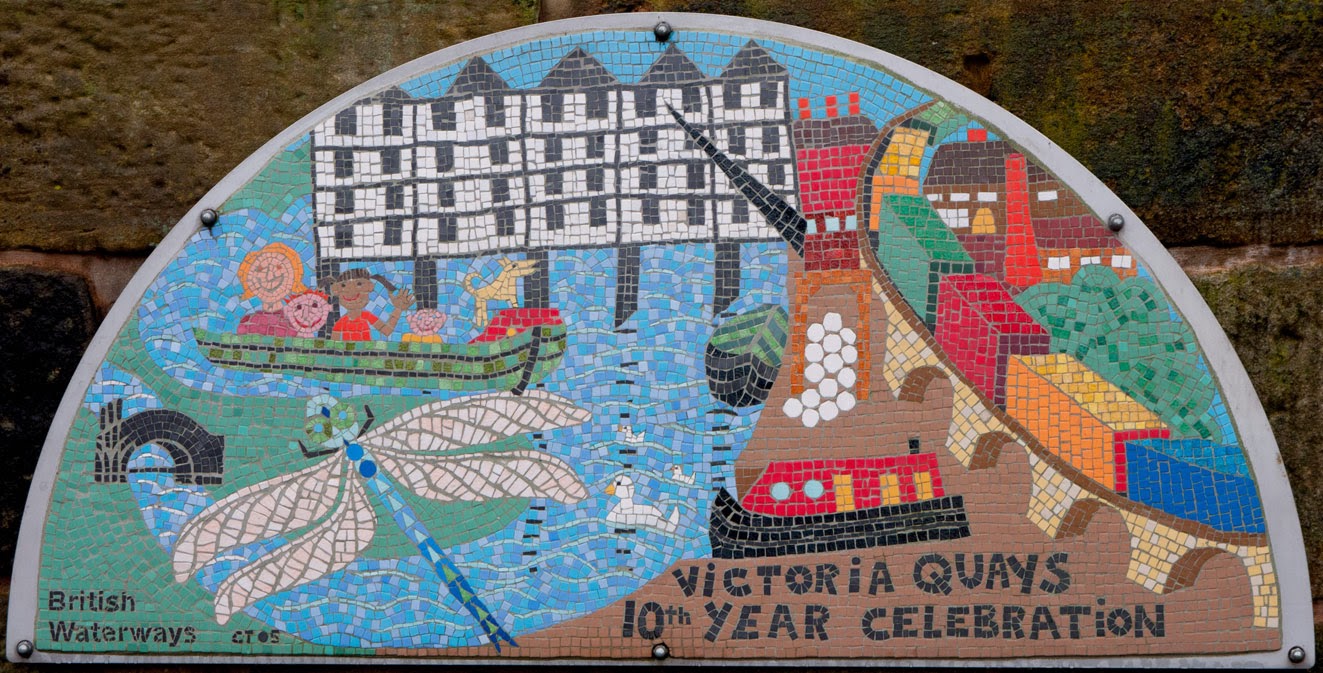 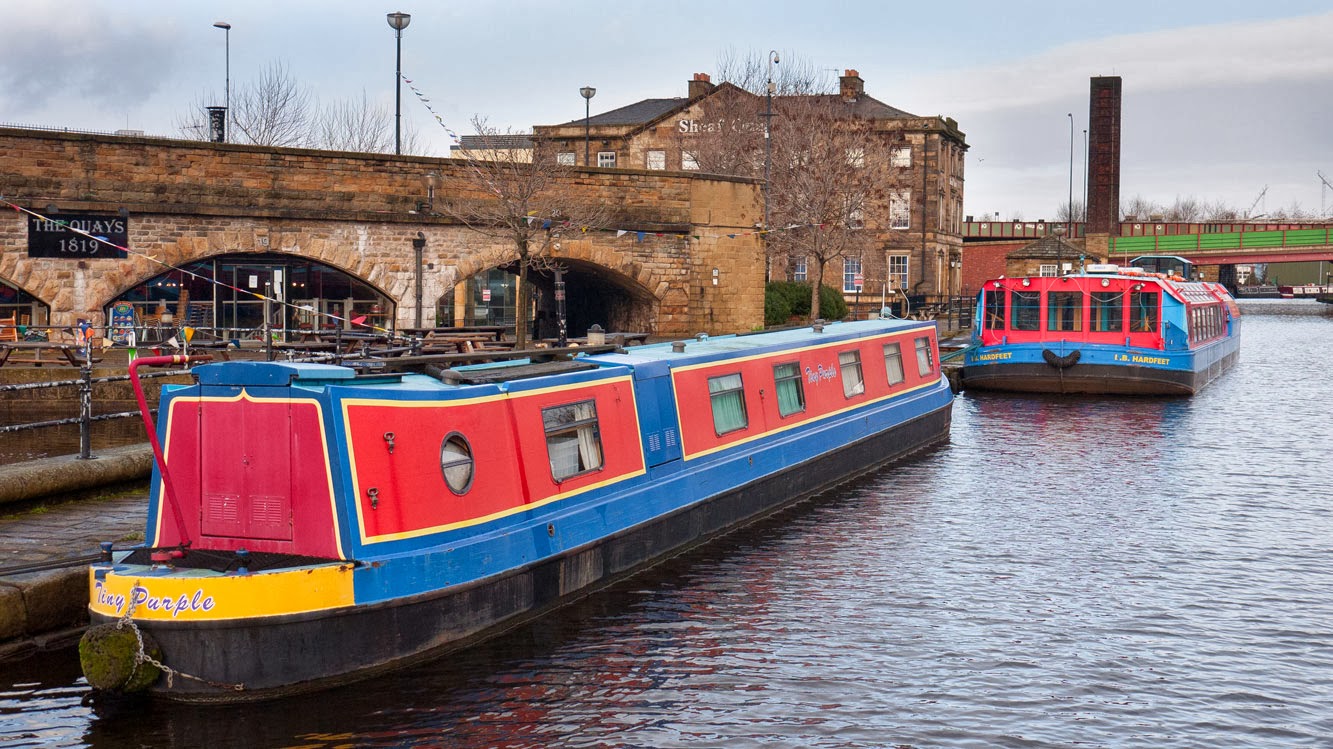 Private moorings in the basin, and a few retail outlets 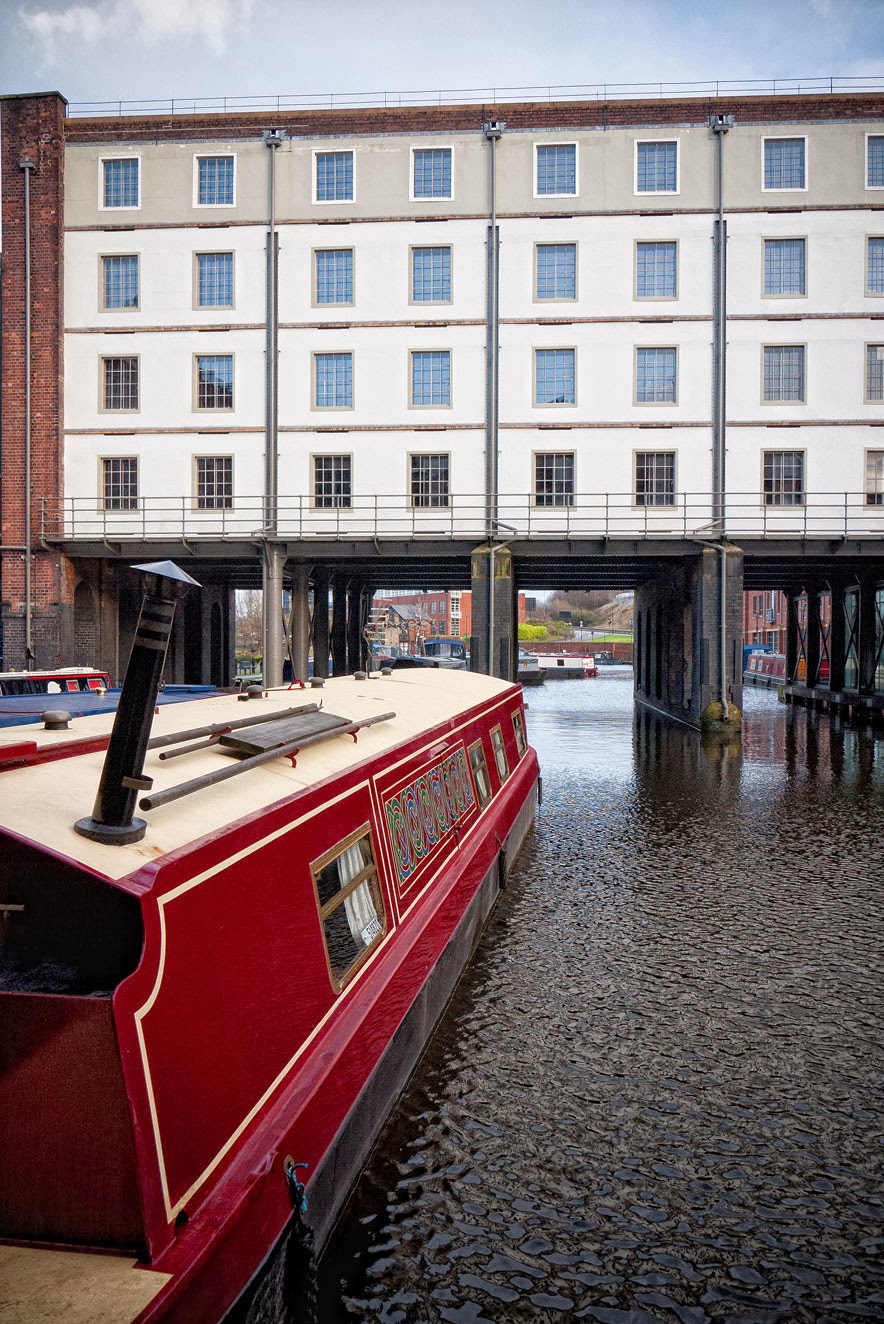 The Straddle Warehouse, built across the water for extra storage when there was no other room to expand 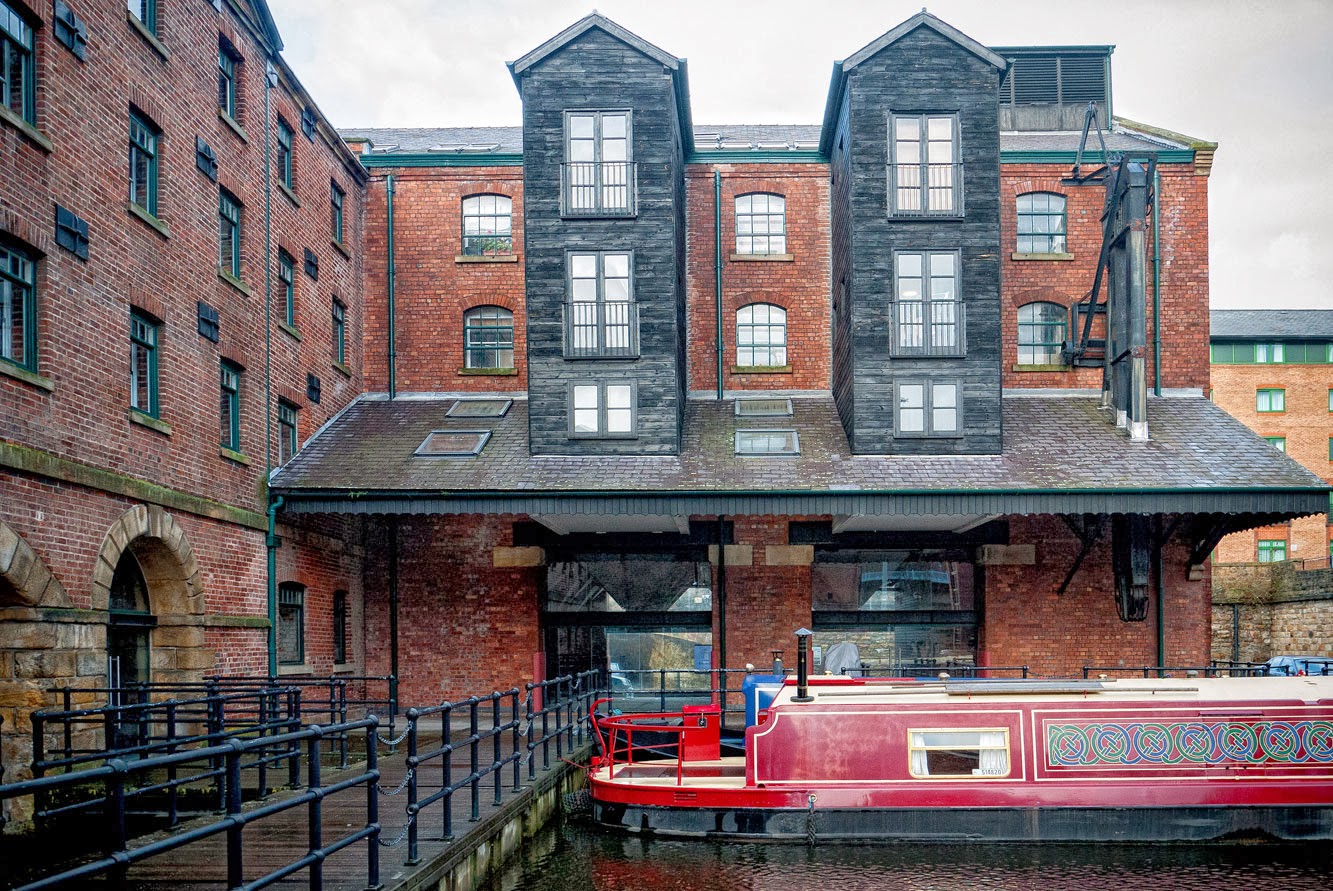 The Terminal (or grain) Warehouse - now converted into flats, and with a resident craft workshop narrowboat 'Crafts Afloat'

Panorama of the terminus of the Sheffield and Tinsley Canal, dating from 1814 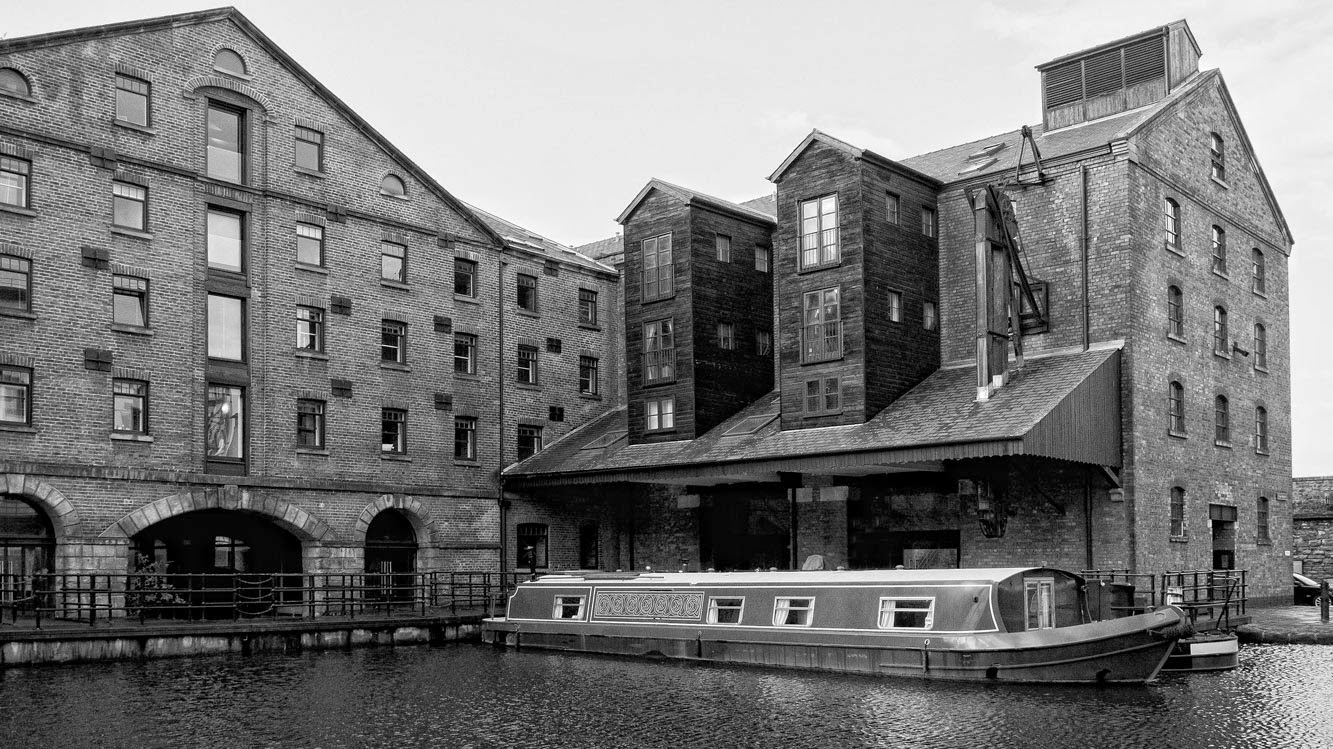 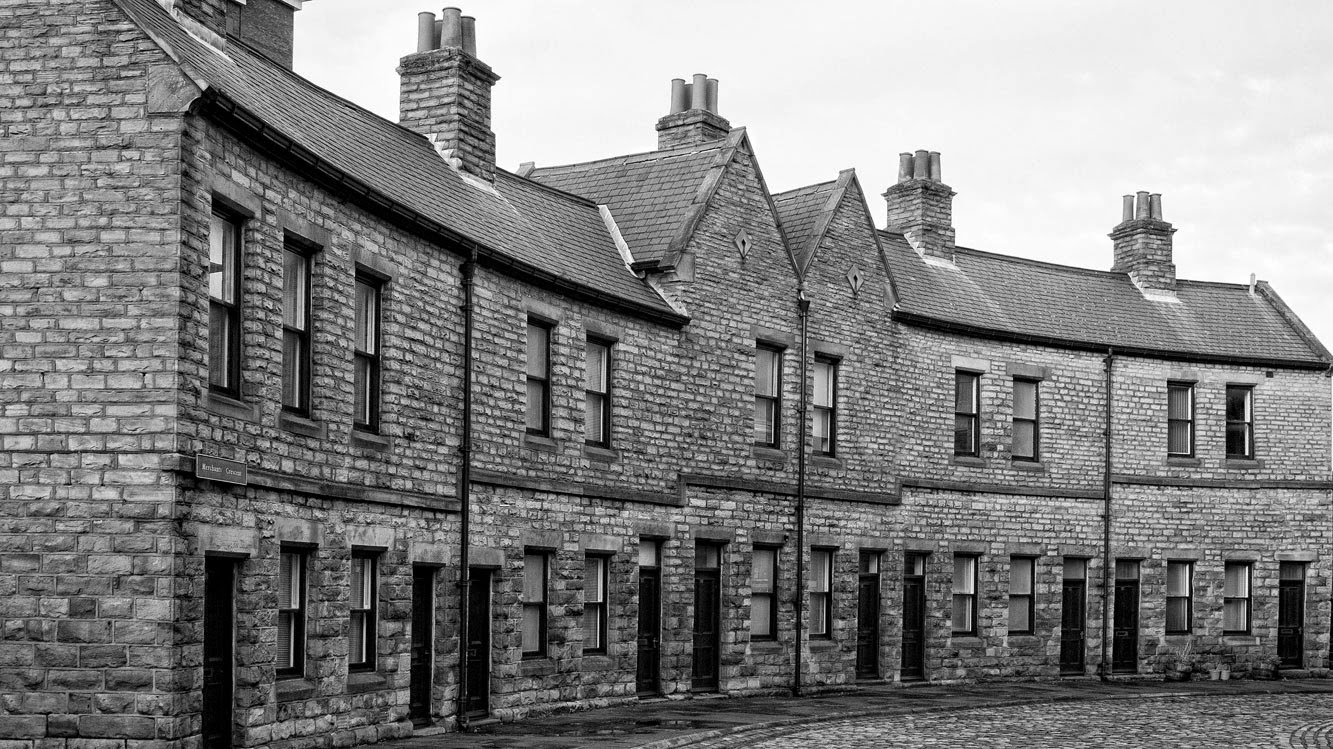 The 'Merchant's Crescent', a very quaint row of terraced houses which are now offices

We ended the afternoon with a pint at the infamous 'The Fat Cat' (sadly we forgot the photo!), winner of numerous awards and frequented by many TV and sports personalities, and a marvellous olde worlde public house that's fortunately resisted the lure of modernisation. It's not owned by the big breweries, preferring it's own brewery - hurrah for 'home' brew! In the more recent flood of 25th June 2007 (two months after Barry and I were in England and blessed with the hottest April since records began), the River Don burst it's banks due to the excessive rain which caused extensive flooding to the building. This time the raging water took two human lives, far less than 19th century event but sad nonetheless.  Not on the same scale of importance of course, but the Fat Cat lost 40,000 pints of beer!

A fine city indeed Gavin, Fred, Sarah and everyone else who can proudly call it their 'home' town.
Posted by Barry and Sandra