It's the time of year when boaters who've moored up cosily in a marina for winter, are about to head back onto the system. Just in time for the snow if we're to believe the media! Yikes!

After 10 days in dry dock, Areandare was re-launched on Wednesday with a shiny new bottom - days before we leave Tattenhall Marina on Saturday. We plan to travel up through Chester and on to Ellesmere Port to visit the National Waterways Museum - we've not been that far up the Shropshire Union before. Following that we were looking forward to meandering along the Llangollen Canal again (it was our first journey aboard Northern Pride in April 2009), before heading further south, but sadly it's closed until 4th April due to preventative measures to stop a potential breach caused by the wet winter.

We're getting a few essential jobs done before we're back out on the cut, and relishing the remainder of our 'hooked up to electricity and water point only centimetres away' time! 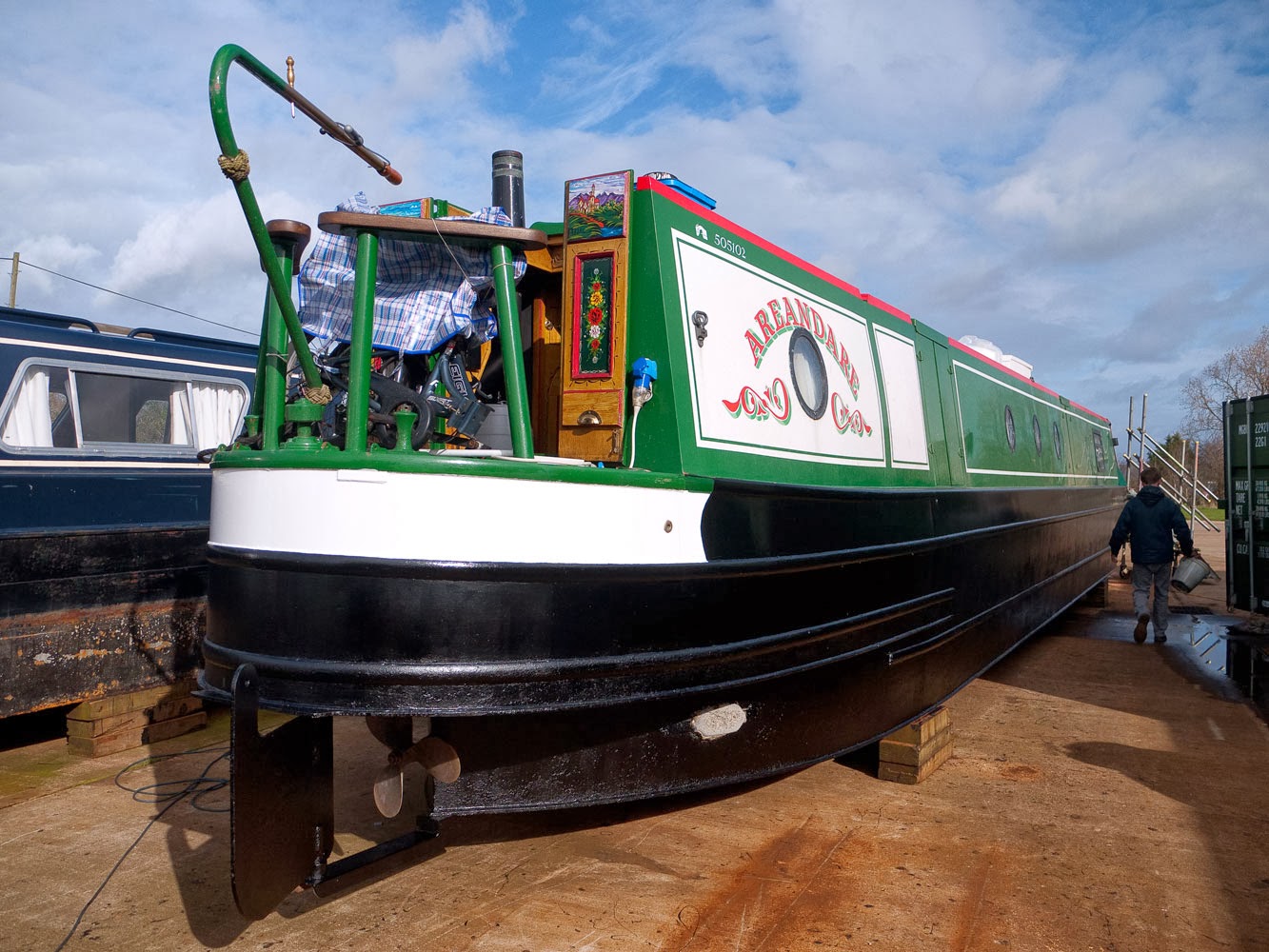 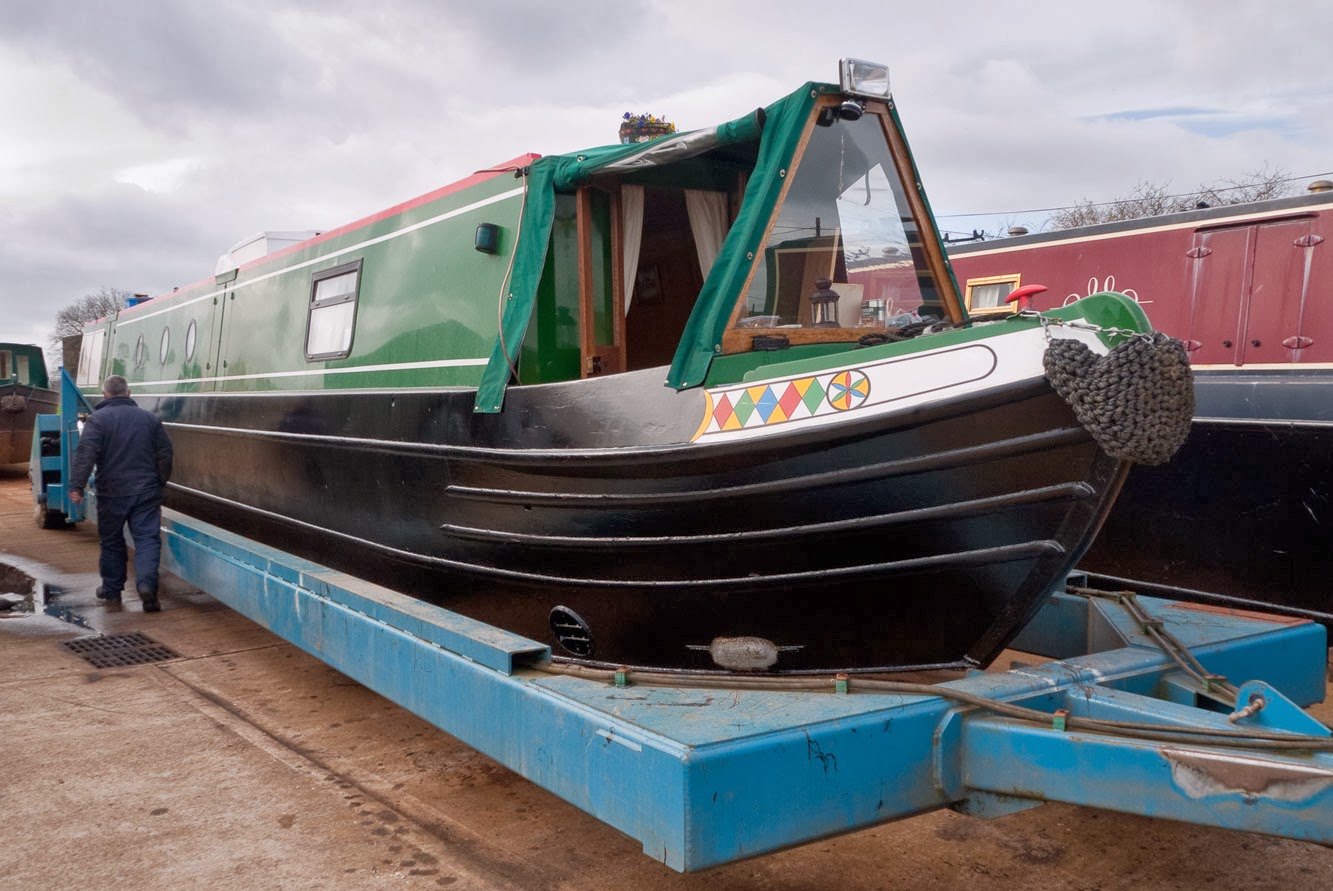 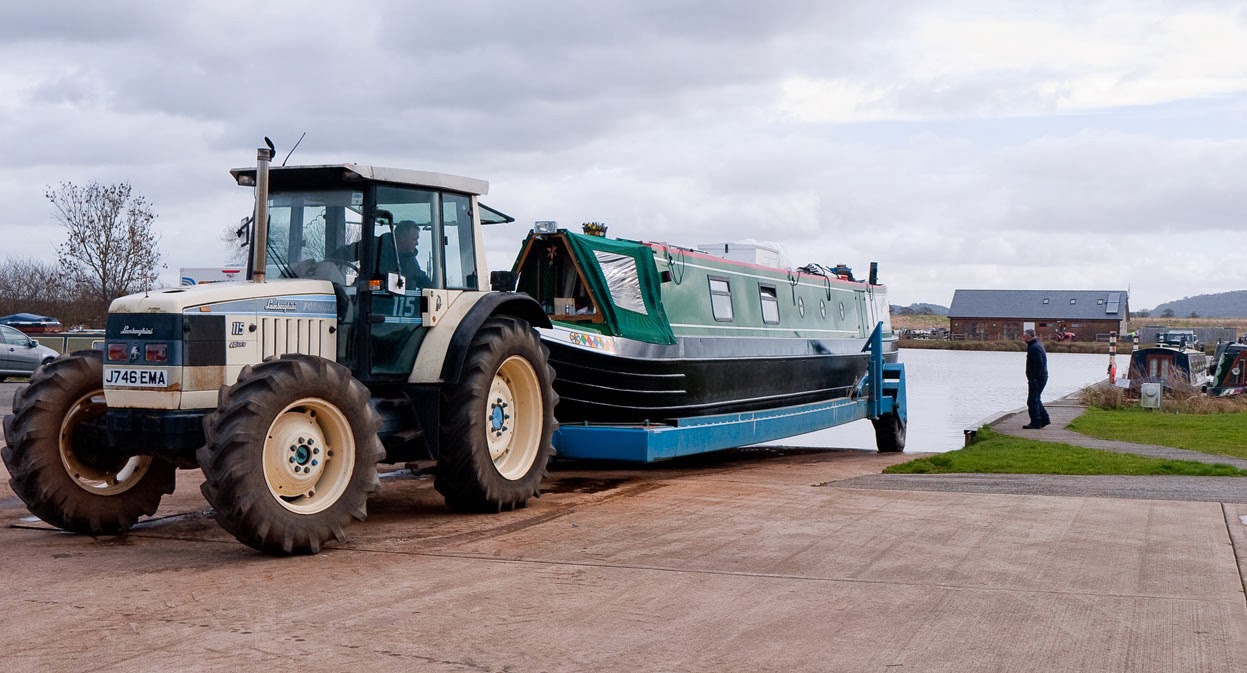 Barry's put an extra connection linking the washing machine water tank to the main one, so if when we run out in the wilds of the waterways, miles from a water point, we'll be able to move the water from one tank to the other - rather than running out mid-shower as has been known to happen!

We'll buy another bag of coal so we have sufficient supplies to light the stove at the stern - where we may find ourselves snuggling in the evenings to come. The luxury of having radiators on any time we wish, especially first thing in the morning to lure us out of bed, will soon be a distant memory - a scary thought when they're forecasting frosts for spring! And the electric blanket each night we've grown accustomed to? Not a chance! Ah well, back to the trusty hot water bottle.

What's been the most priceless part of being moored here for six months, is lots of precious time with my eldest daughter and grandsons, as we're just a short bus ride away. What a wondrous blessing. It'll be painful to leave, as travelling back to Malpas from wherever we are won't be easy (or cheap!). Plus with two children under five, driving to us isn't a simple project. But I'm sure we'll find ways to meet up as much as possible. We've been so fortunate to have this time together after previously living in opposite hemispheres for most of 8 years!

And now onto the exciting news …

After many years of planning and preparation, we can now officially launch The Home Brew Boat' to the blog.

Before giving any more details, let me reassure anyone who may have concerns, we've followed due process (if you think we've missed anything though, please get in touch!).

We have permission from CRT to trade (Home Brew Boat, Facepainting and photography), appropriate business insurance and Public Liability, our official CRT Trading License will arrive shortly and be displayed proudly, and we're members of the Roving Canal Traders Association (RCTA).

We have two fabulous suppliers, and Barry's spent an inordinate amount of time on the website set up (check it out, there's all sorts of useful and interesting information about home brewing, as well as things to whet your appetite if you've never tried it - or did it decades ago and are curious to know how it's changed!).

We've made two sales so far, to people in the marina. And anticipating excitedly our first on-line sale!

We have a Facebook Page, with almost 100 'likes' less than a week after it was set up, and a new Twitter account (for Areandare). We'd love to link up with any readers there if you use such social media.

Where will we be trading?

We'll trade as we travel, while we build up related resources, like Barry's arrived-in-the-post-brand-new-today business cards … 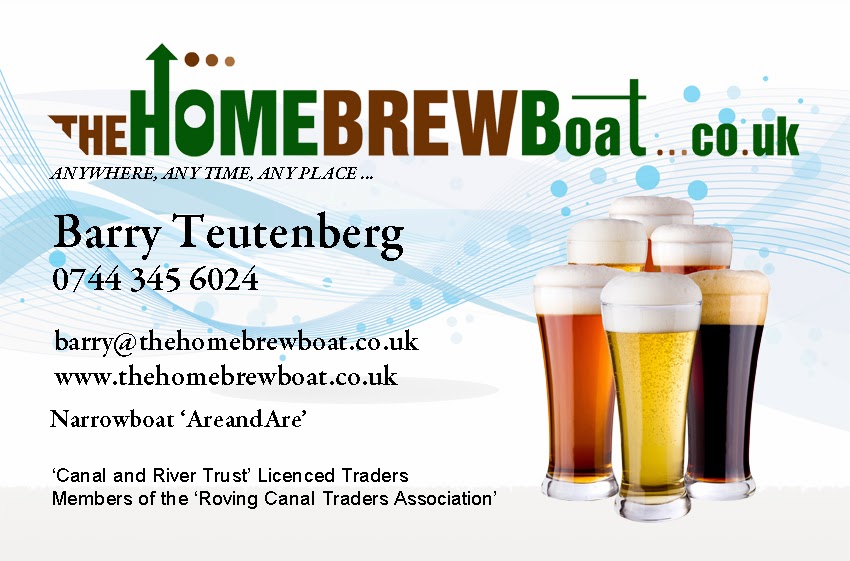 We were honoured to be 'hand picked' and approached to be one of 50 traders at the Birmingham spring market  The Bond, Fazeley Street, Digbeth on Saturday 12th April. That'll be our first ever trading festival, so if you're in the area do come along and say hello!

Following that, we've these events confirmed so far (click on the links for times):


There's a few others we're in the process of booking, all in the midlands or the north west.

It's fabulous to be part of a growing community of trading boats, helping to keep people interested in the Inland Waterways, and providing a way of supporting people to live this lifestyle whilst earning an income. It's certainly not for, or available to, everyone, but we're extremely pleased and proud to promote the 'working boat' concept, albeit in a much pleasanter way than in previous centuries.
Posted by Barry and Sandra