We've taken the opportunity of getting Areandare's bottom blacked before we leave Tattenhall Marina on 1st March, and Monday was the big day. It's the first time we've seen her hull, or probably anyone for a while, as we chose to have just an in-water survey before we bought her last April.


The speed and proficiency with which a very heavy hunk of steel (Barry reckons around 15 tons) is removed from the water is incredible. We were actually on board while she was being lifted - most surreal!

Last Tuesday I got a phone call from the Marina asking where we were - there'd been some sort of communication mix-up as they had last week booked and we had this week. We're thankful they chose to go with our plans in the end - the difference in weather conditions couldn't be more stark! 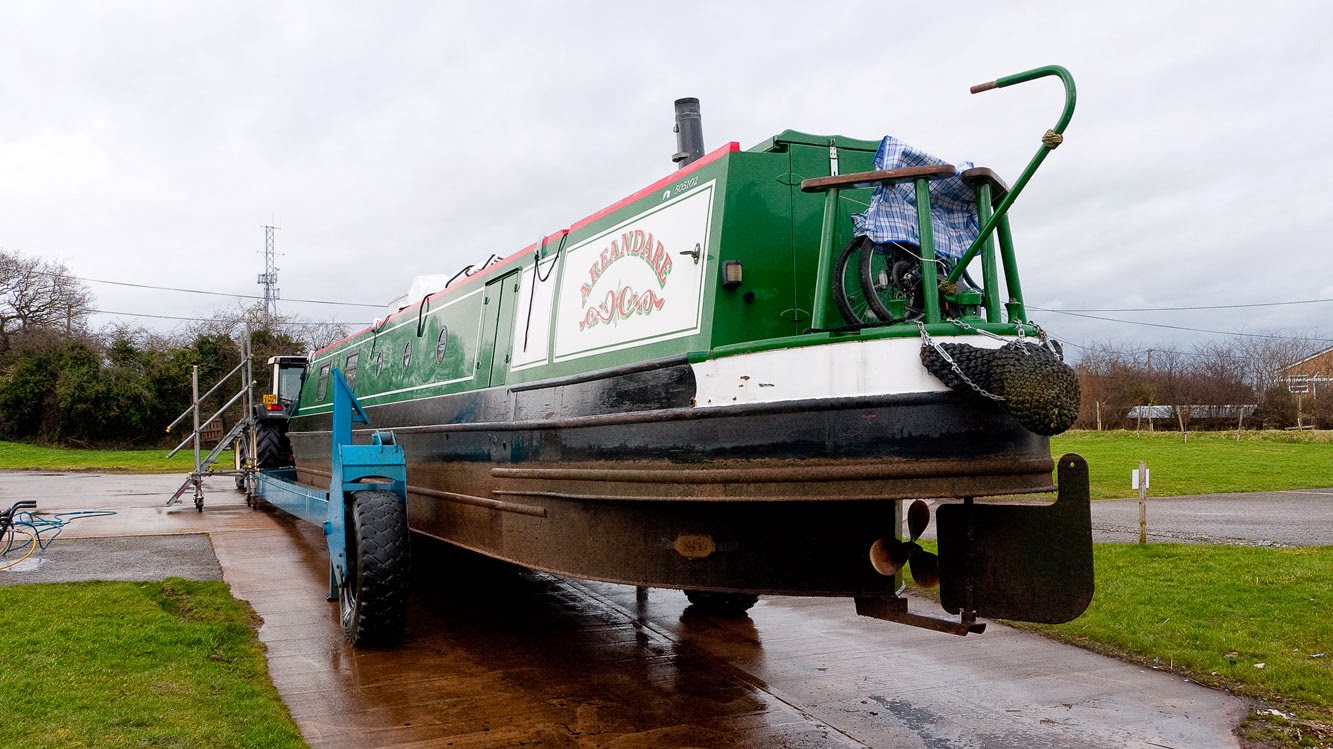 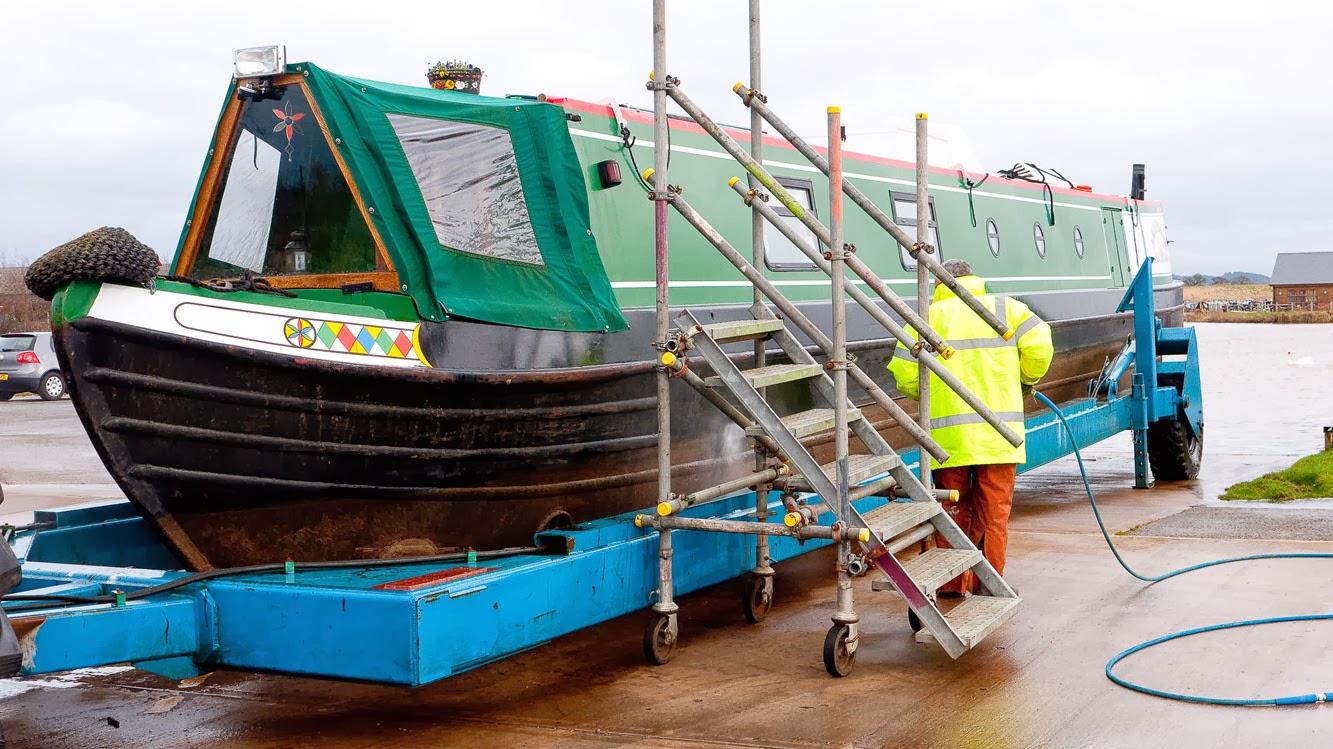 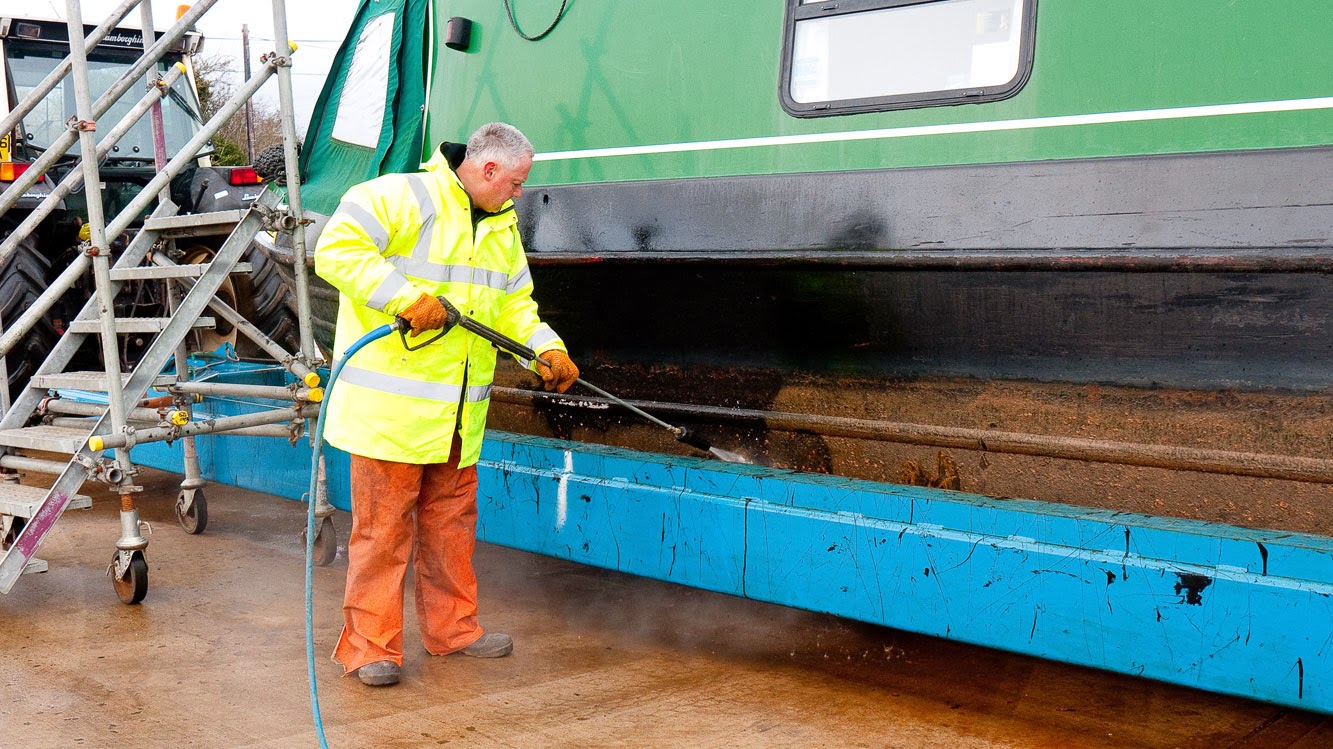 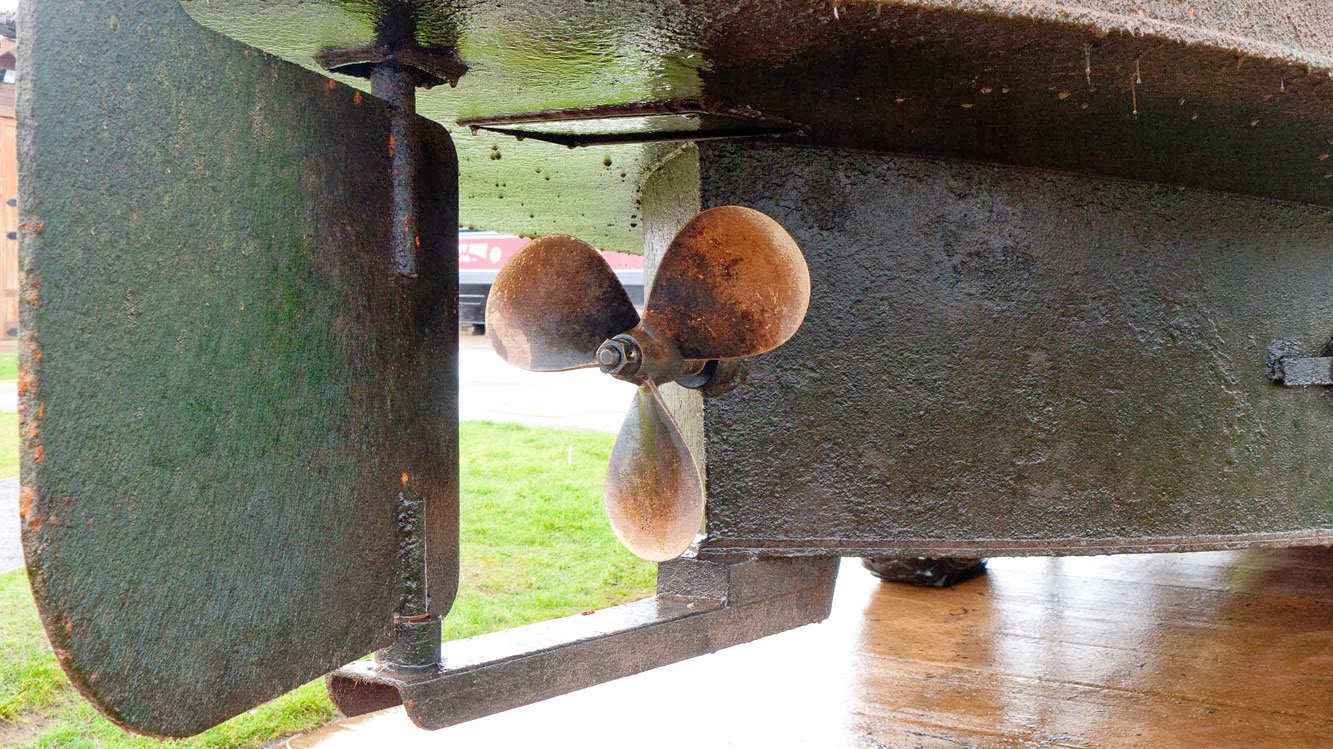 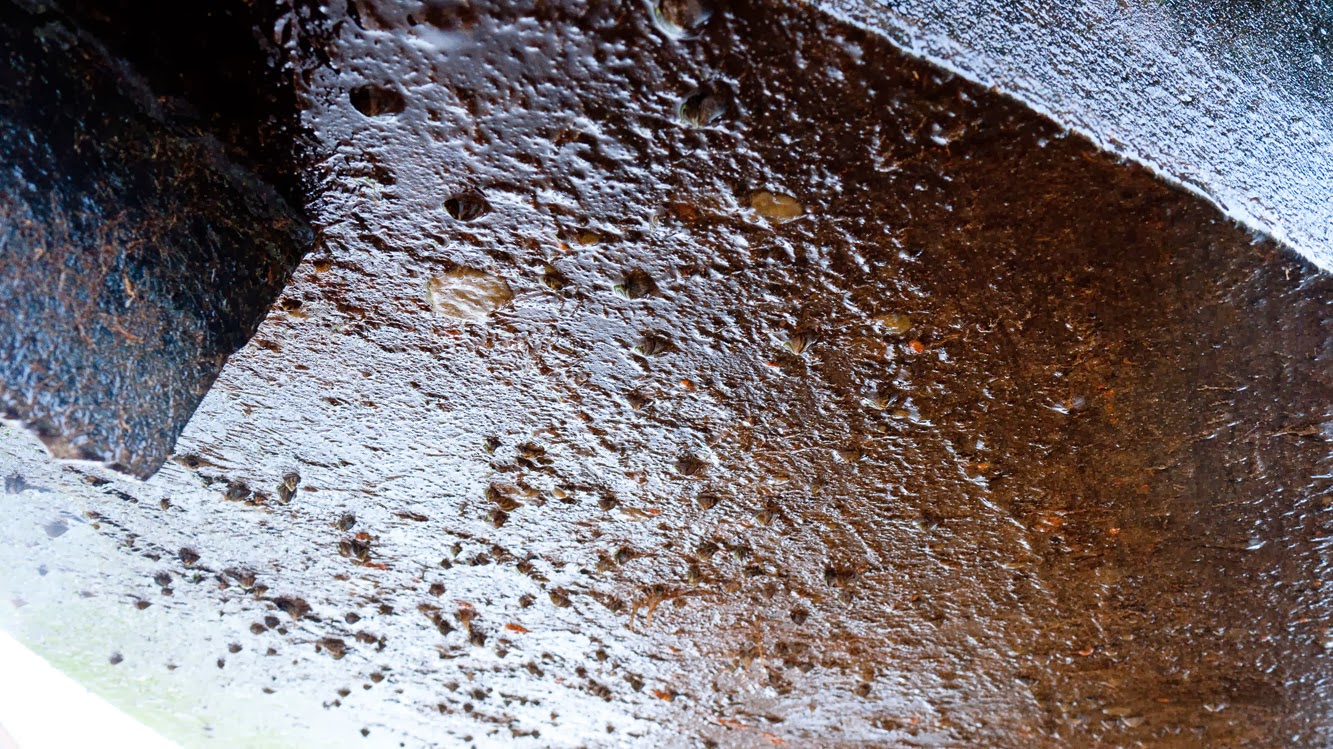 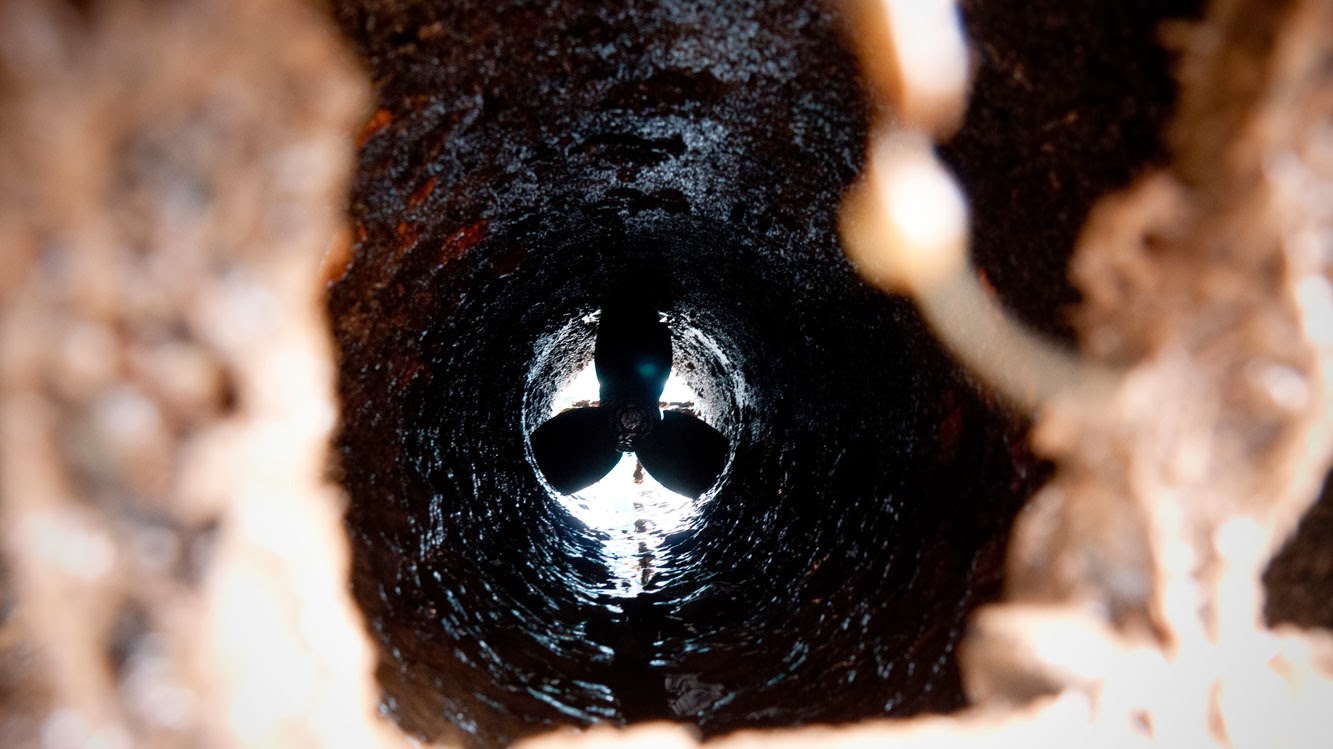 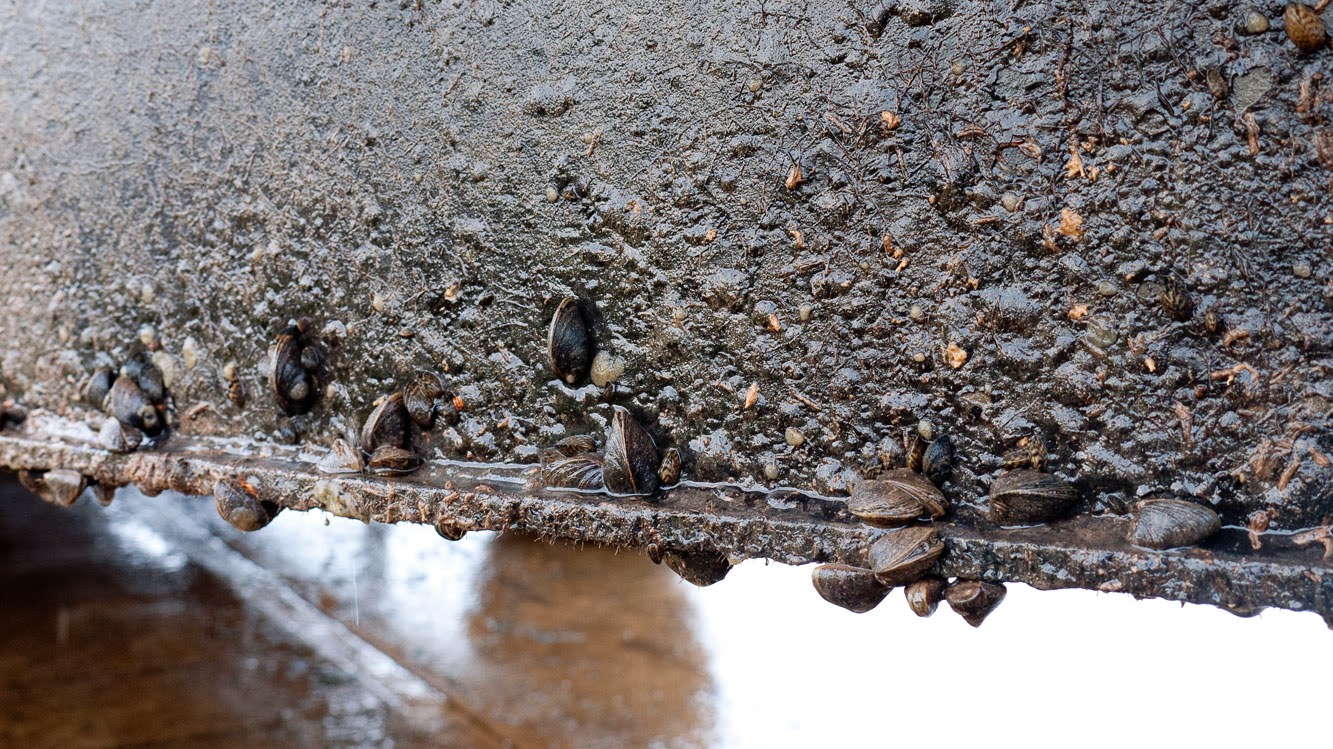 Yesterday the gunk was scraped off the hull, along with the remaining surface coating (and the poor fresh water mussels!). Barry scraped the part from the gunnel to the rubbing strake  - for those that don't know, that's the line that takes most of the knocks and runs all around the boat about a foot below the gunnel. Are you impressed I know that? I actually had no idea, and had to ask Barry, and then do a google check for the spelling! The boatyard only scrape and black up to the strake, so it seemed sensible to do the remainder while she's out of the water.

In the meantime, we're living firmly out of the water, on a slight but very noticeable lean as the concrete slopes! It does ensure the water drains from the shower easily - there's a positive in everything!
Posted by Barry and Sandra