Wonderful Worcester and another incident with Barry's camera!

The last time we were in Worcester on a boat was in May 2009, on Northern Pride, just a few days before our disjointed trip on the River Avon when we received a phone call to say Barry's dad wasn't well and Barry had to return to NZ for three weeks.

This time we stayed in the city for a couple of nights, then turned around rather than continuing to the Avon at Tewkesbury - another time maybe, we rushed the lower Avon so would love to return one day and do it more justice.

As Jenny was leaving us on Tuesday, to catch a train to Bath and then continue to Cornwall, Barry took the boat down through the bridge to check out the swans before mooring up for the night - and paying a four pound mooring fee! We're not used to having to pay, apart from on the Thames, so we did so resentfully. 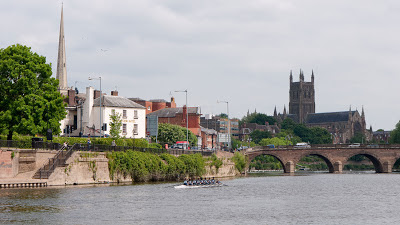 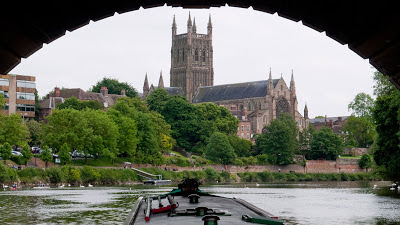 Standing tall and proud - Worcester Cathedral, well worth a visit 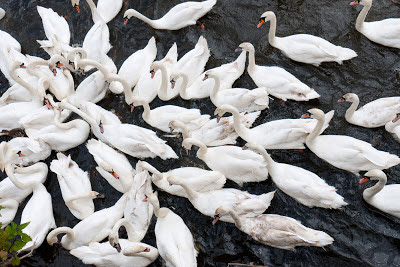 So many swans! Apparently a group of swans is called a bevy, lamentation, herd, game, team or wedge (when flying in a 'V' formation) 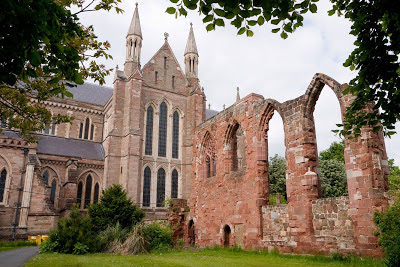 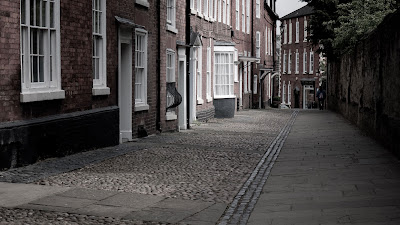 I know that many people pooh pooh Facebook, believing it to be full of nonsense and posts about meaningless rubbish - and if that's what they're expecting then that's what they'll see (though I question whether those people who denigrate Facebook in this way have ever really even used it properly - Barry included!).

However, I see the better side of social media, in that it connects people all around the world and keeps them in touch in ways one would never have imagined possible just a decade ago.  This was brought home to me again this week - Jenny posted a photo on her page, in which she 'tagged' me, and seconds later she had a message on the post and told me I had a visitor coming!  It was actually a comment from someone I was in the same class with at Grammar school, in Sutton Coldfield, over thirty five years ago - saying he lived just five minutes away from our mooring.

So we chatted (yes, on Facebook!) and arranged to meet up on Tuesday - it was wonderful to see you again Russ, and get a glimpse of life at Kings School Worcester - an Independent (private) school refounded by Henry VIII in 1541. Russ took us on a tour of their newly built Boathouse which was made possible by an extremely generous benefactor - and inside we met a girl from Hamilton, New Zealand (where Barry's daughter Jamie lives), who was working there.  It sure is a small and magnificent world. 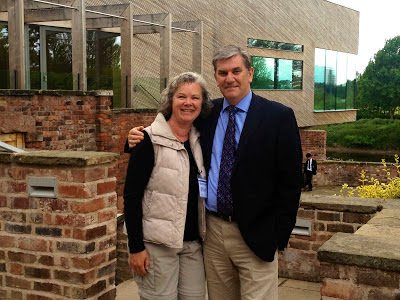 Me and Russ - and a clever camera trick showing a very small pupil in the background!


Minutes after leaving the boat to walk into the town, Barry suddenly stopped and admitted he'd done his old trick again - left his camera behind!  Zipping up the cratch cover he'd put it on the roof of the boat, so hurriedly returned just in time to see someone standing next to the boat.  He was a council worker who'd been passing by, noticed the camera sitting there with no owner in sight, and was helpfully taking it to safety and writing us a note to tell us so, leaning on the top of the boat.  Barry approached him, thanked him for being so observant and thoughtful, and took his camera - at this point the young man picked up his folder and phone - which tragically slipped through his hand and managed to slide slowly right down the side of the boat and into the river! Poor Barry returned sheepishly to recall this sad tale - maybe it'll be the last time he forgets to pick it up - but I doubt it!

When we got back to the boat later that afternoon, we arrived just in time to help the young man to move AREandARE and enter the river to try and retrieve his phone.  He said he wasn't bothered about the phone itself, just the SIM card, he had a new phone coming anyway.  Boy did we feel awful as he stripped down and shivered uncontrollably in the cold water, attempting to find said phone amongst all manner of muddy and mangled items.  Unsurprisingly he was unsuccessful. 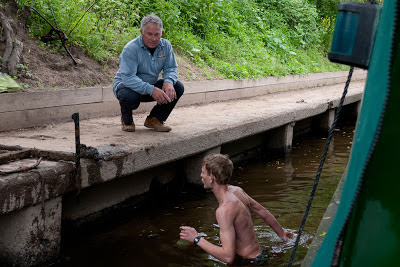 
We moved to Diglis Basin early in the evening, passing The Boathouse along the way, and just managed to get a mooring (close to  the water point, yaay!), which meant we could turn around and go back out to travel up to Stourport on Thursday. 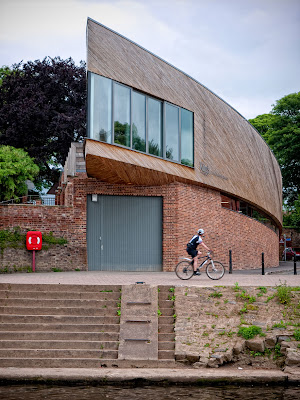 The Boat House - a most unusual structure


Later on we had a walk along the canal and then back through town - Barry decided to take me a long way so we could see more of the houses and nooks and crannies much to the disgust of my poor feet who hadn't been expecting such an extensive journey!  Lovely all the same, and we got to perve at some very big homes - not that we're jealous (seriously we're not!), we love our tiny, cosy abode.


The following pictures are rather large, and don't fit the page so well - forgive me but I don't feel the smaller versions do them justice and it's so good to have Barry's photography back on the blog ... 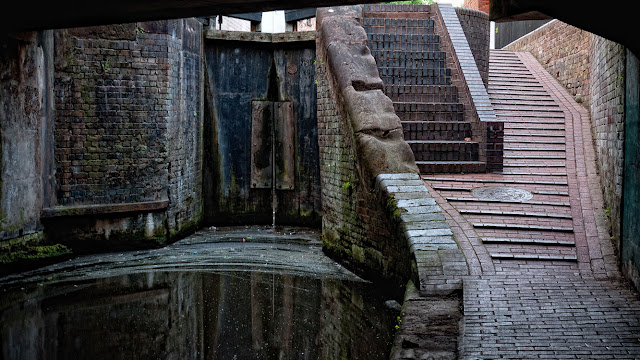 Under the bridge along the Birmingham and Worcester Canal into Worcester 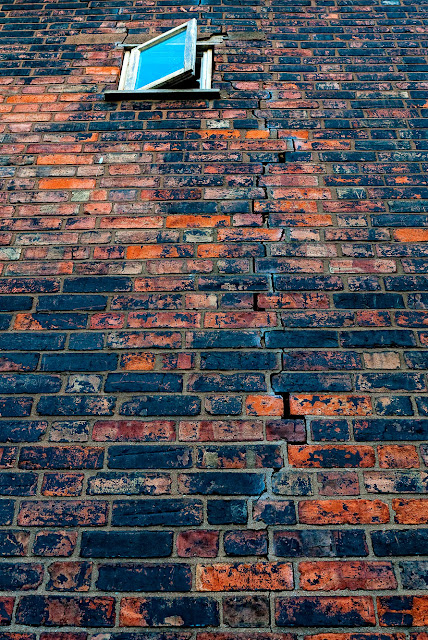 A wall of a house that faces the canal - obviously they didn't want to overlook it too much! 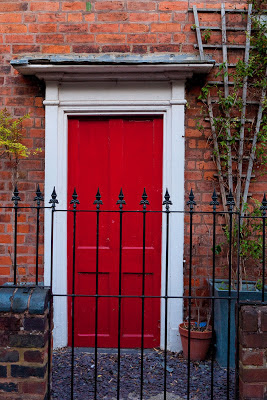 Then there's the door that leads to the canal - which seems to be sealed off, with no handle 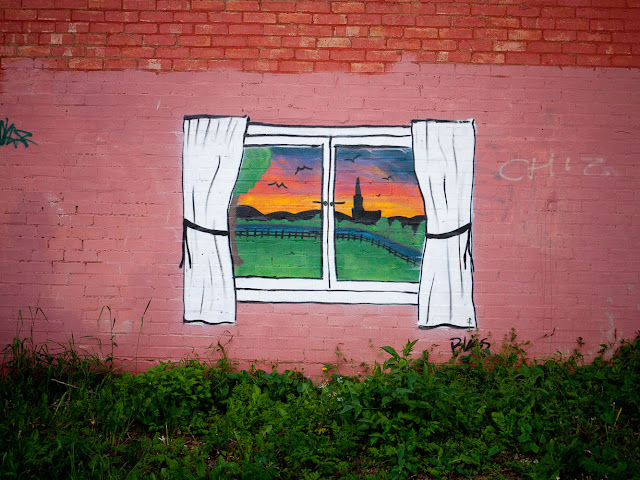 Then there's this marvellous mural 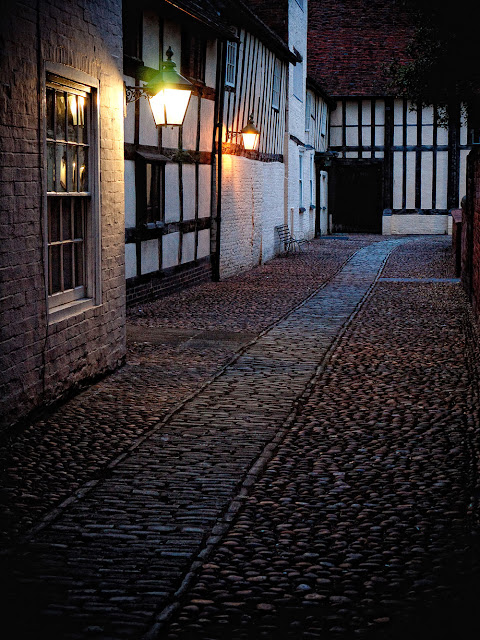 On Wednesday we caught the bus to Ombersley to spend the day with my parents as they had some phone and computer issues to sort out.  Walking through the city to the bus station, Barry captured a couple more gorgeous images ... 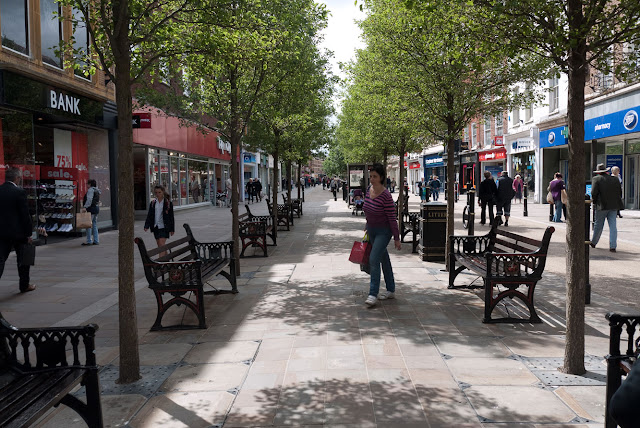 The main shopping area in Worcester - look at this photo and then 'spot the differences' with the one below ... 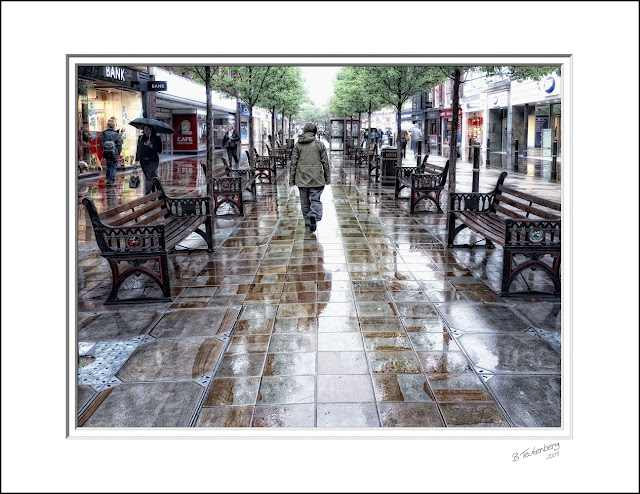 One of Barry's favourite images, taken in autumn 2009, and now 'owned' by his brother Ray 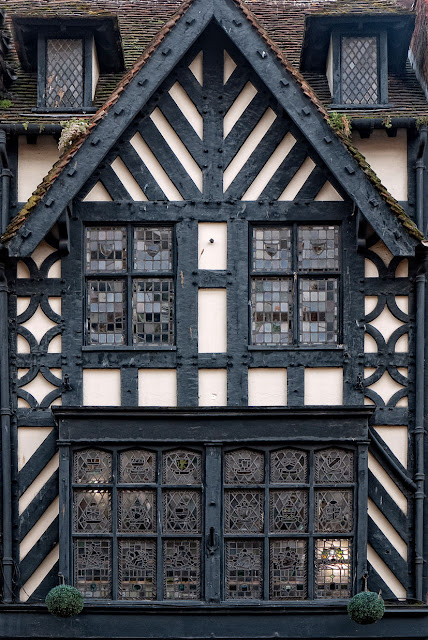 The stunning building of the 'Three' shop in Worcester

On Thursday we headed back through the lock and onto the Severn, meandering to our next overnight destination of Stourport. 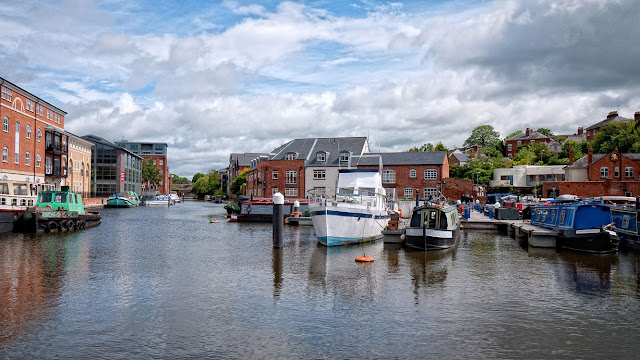 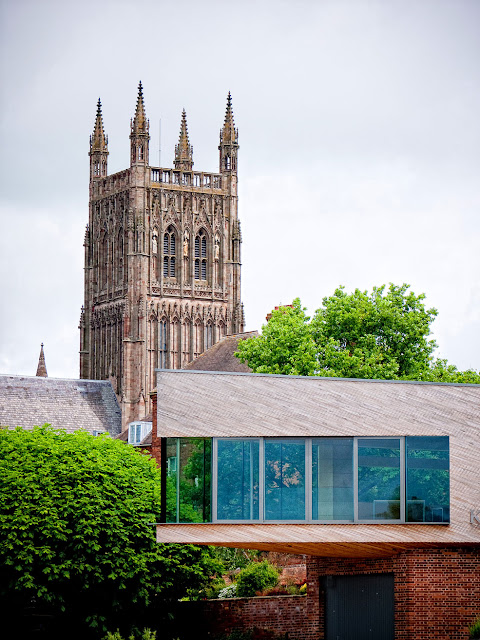 Seeing the Boathouse from another angle, with the cathedral in the background 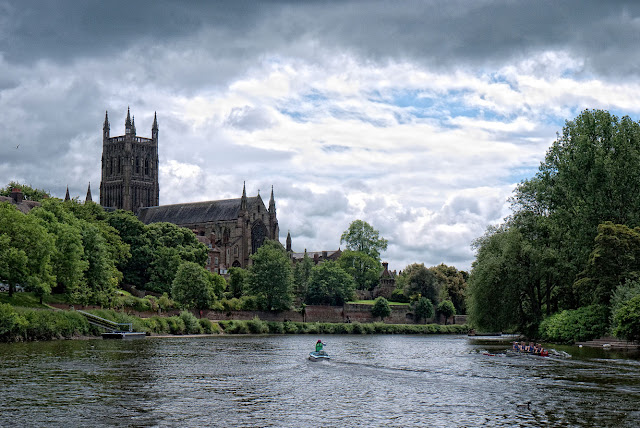 Farewell for now Worcester, it was a pleasure as always 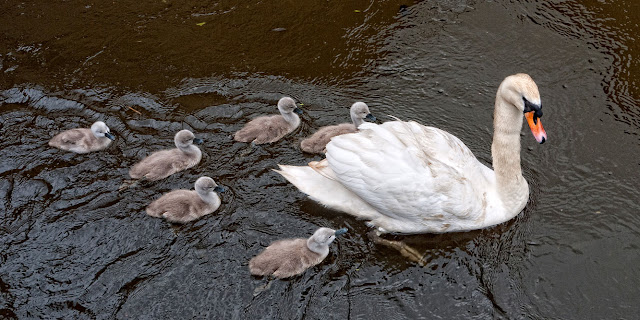 And here's more swans to add to the sanctuary