Such a rich life, brimming with beautiful people ...

... though sadly not (yet) in a financial sense (though I'm definitely putting that out there for the not too distant future to manifest!), but definitely an abundance of contact with people we love, and of course being on board Areandare and finding delight at every turn on the canals.

Remaining in the Glascote/Amington area of Tamworth last week, we caught up with our friends Bruce and Joy, and reminisced about their boating experiences on their narrowboat 'Burlesque' some years ago.

Then on Friday we collected a hire car from Enterprise again - this time just £47 for four days, and we even got a free upgrade because the tiny car we'd booked wasn't ready so we got a cool Fiesta!  Yaay! We travelled to Brighton to help my daughter Kim to move home, then got her to the airport to catch a flight to Greece.  After that it was up to Malpas in Cheshire overnight to visit my elder daughter Lisa, son-in-law and grandson.

The main purpose for splashing out again on the car was of course to get to The Crick Boat Show, for the first time ever. The sun shone and it even became fairly warm which was a bonus - and we were fortunate to meet in person some people we've been in touch with over the years through the blog ... 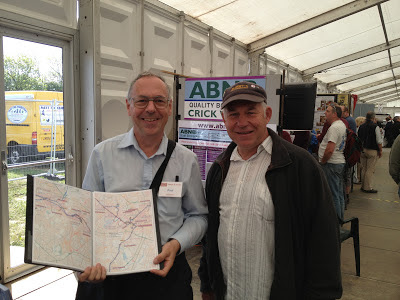 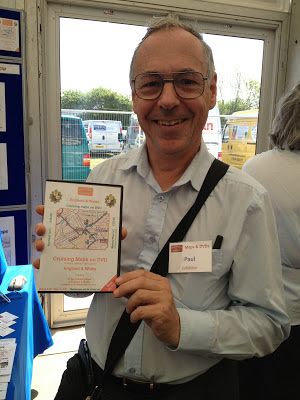 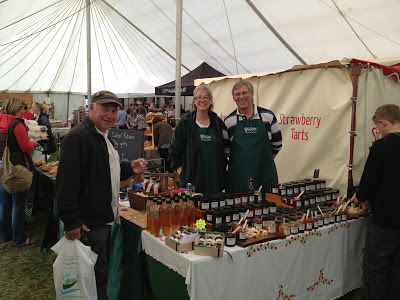 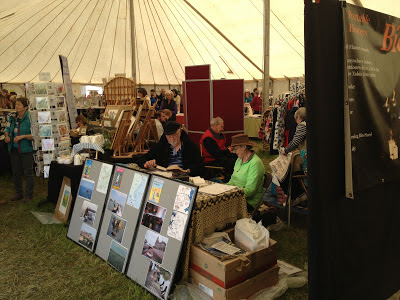 Not meeting, just recognising Terry Darlington (Narrowboat to Carcassonne and other books fame) 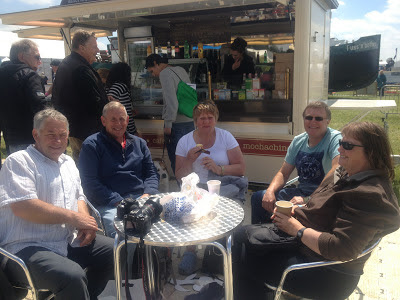 Tom and Jan from Nb Waiouru 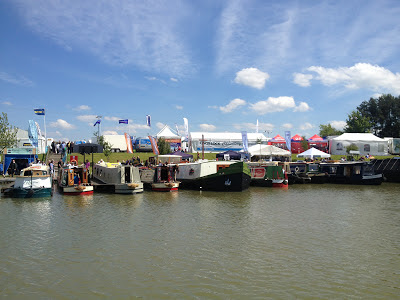 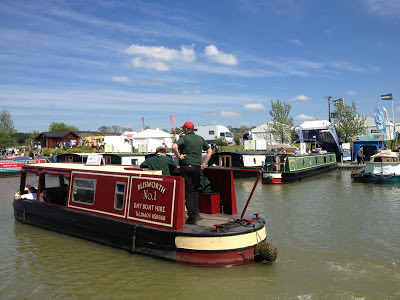 We finally left the Tamworth area on Tuesday, heading down to Bodymoor Heath for a night moored at 'The Dog and Doublet' - where we had our Humanist wedding ceremony on the roof of Northern Pride on 26th September 2009.  It was a very different day in late May 2013 - rainy and cold, but still full of cheer inside the pub and Jim, the Landlord, was a barrel of laughs and had us all in stitches bless him! 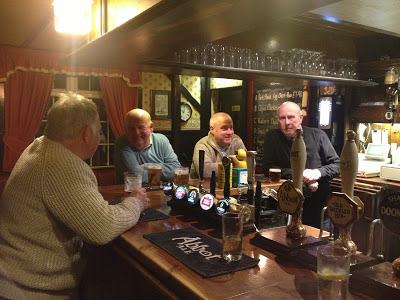 Barry with Jim on the right

We couldn't stay longer than one night, as Barry's sister Jenny was on her way from Australia, via Spain and Morocco, to stay with us for a while and we needed to be closer to Birmingham. Paul's Birmingham & Fazeley DVD came in extremely useful to discover moorings between there and the centre of Birmingham, without having to do all the locks.  The Nicholson's Guide didn't show any moorings and we were giving up hope - until Paul's up-to-date knowledge saved the day - thank you Paul!

We moored at Aston Cross Business Park, right behind a small shop and bar (not that we frequented it!), and Jenny arrived on Wednesday morning. Jenny arrives safely after finding us from Stanstead Airport in London, to New Street Train Station Birmingham, then by bus to Aston - what an amazing woman!

Yesterday we travelled up to the centre of Birmingham, which for those who aren't aware, is on a plateau.  Birmingham is where J.R.R. Tolkein grew up, and was the inspiration for The Hobbit and The Lord of the Rings books.

On the way up, a very unassuming and friendly gentleman appeared at one of the locks and assisted Jenny and I through to Cambrian Wharf.  It was only at the top that I introduced myself and gave him a blog card, asking if he had Internet access - silly me - he then gave me his business card and it was none other than Jim Shead.  I recognised the name immediately, and knew he wrote about the waterways, but it was Barry who was blown away to realise who he'd been chatting with and disappointed he hadn't taken more of an opportunity to talk.  Thank you Jim, it was a pleasure to have your company and help, and we hope to meet you again. 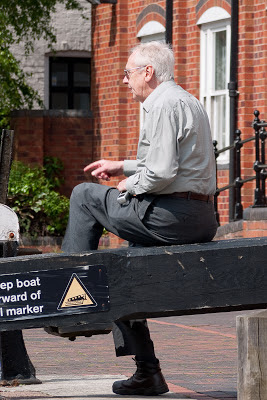 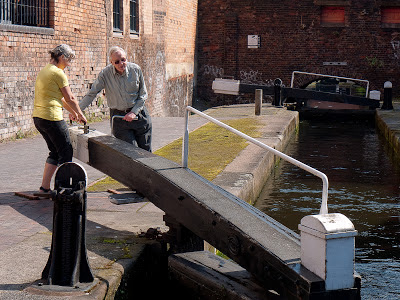 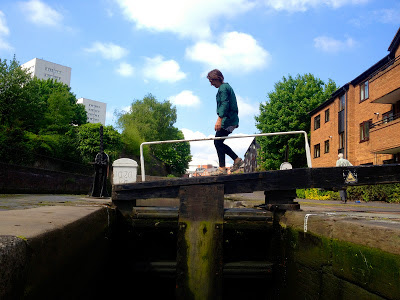 Jim, Jenny and Sandra making light work of the Farmers Flight of locks to Birmingham

Last night a friend from my youth managed to find us on our mooring, after I sent out a message via Facebook to anyone who knows us to come and visit - well done Karen, it was so awesome to see you again and hope to catch you again. 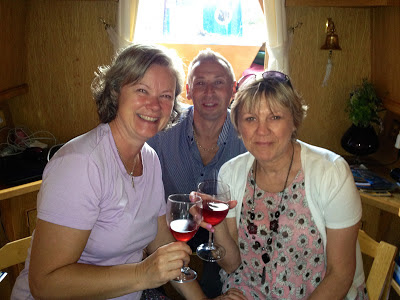 Sandra, Rob and Karen sharing some boat brew wine (it's getting better with age!)

Today, Saturday, we've had another toilet hiccup  and visited Sherborne Wharf to try and get it solved. There were no engineers around, and we were beginning to despair, when Barry found a most helpful fellow boater who had just hired a pump to sort out his bilge area that had become flooded. He used it to unblock our loo - hurrah!  Thank goodness!

So many beautiful people in our lives - and tonight Kim returns from Greece and stays with us until tomorrow lunchtime - marvellous.