A narrowboat chat in Sydney

On Tuesday we began our journey back to England and Northern Pride via Sydney - my first visit to Australia.  After a very early start (we were up before 5am), we chilled for a few hours in the 'Koru' lounge at Auckland airport, as Barry had accumulated sufficient airpoints from travelling to UK and back twice last year.  So we had a chilled morning eating and drinking and relaxing - Barry had his first glass of wine about 10am! 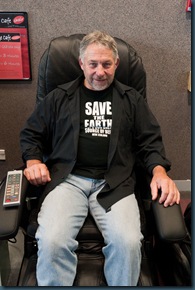 Barry looking laid back - having a massage at the airport before leaving Auckland ...

... and the entrance to 'Luna Park' in Auckland 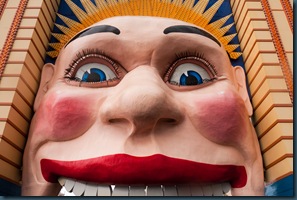 Arriving across the ditch (as they say down under!) mid-afternoon on Tuesday, the weather was very grey and miserable, cloudy and raining but Barry still managed to find a smile in 'Luna Park', a funfair across from the Harbour Bridge.  Can you see the scary resemblance between the two faces ...

Luckily the rain abated on Wednesday and we had a fun day exploring Sydney's sights, including a vast array of sea-faring vessels from a P & O cruiser, a replica of the Endeavour (the ship that Captain Cook sailed to NZ and Australia) to Jessica Watson's 'Pink Lady' - the boat the 16 year old Aussie completed her nine month 'round the world' trip in last Saturday.  I couldn't believe how tiny it is - about 33 foot long.  And there's us thinking our narrowboat is small, what an incredible young woman she must be. 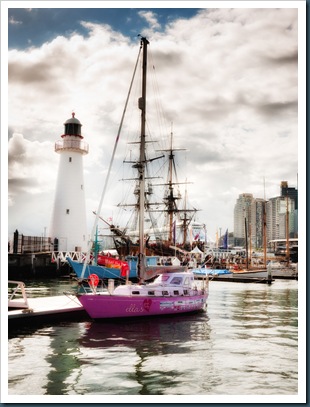 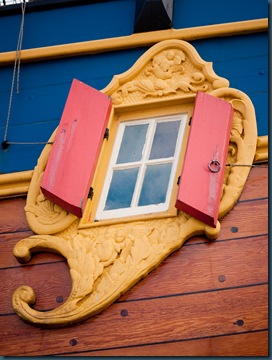 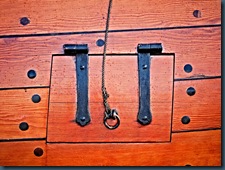 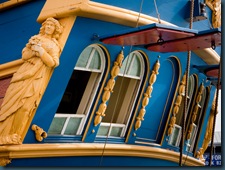 'The Bounty' replica - up close and personal 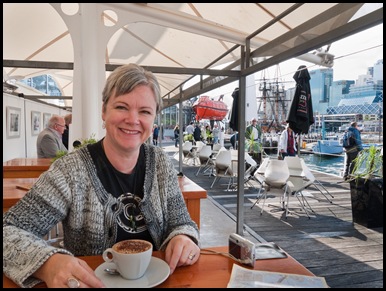 Having a coffee break 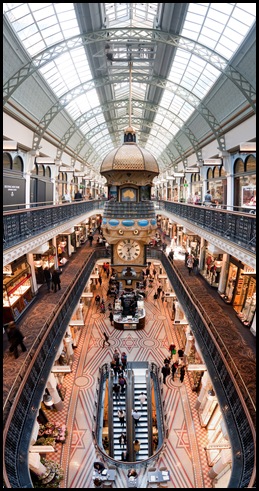 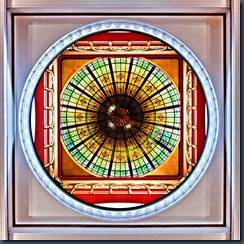 A view vertically upwards at one of the stained glass domes 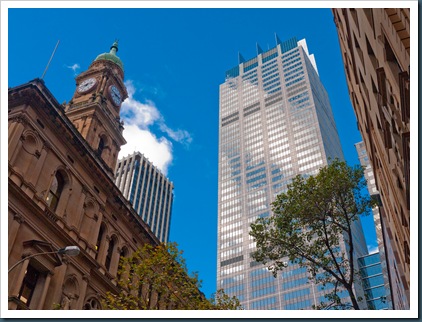 An interesting mix of old and new in the city 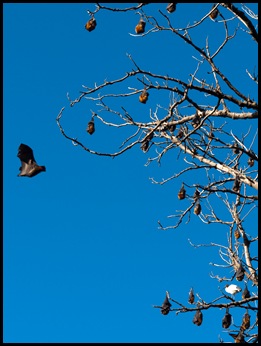 We wandered around the town centre feeling oppressed by the huge buildings - amazing as they all are we're just not city people and both visibly breathed a sigh of relief when we arrived at the Botanical Gardens and open spaces.  These are stunning - there are 'flying foxes' in many of the trees - bats just hanging around waiting for their nightly flying missions.  Unfortunately these fascinating creatures are destroying the vegetation so they're trying to find humane methods of moving them on which is sad ...

One of the bats stretches its wings mid-afternoon 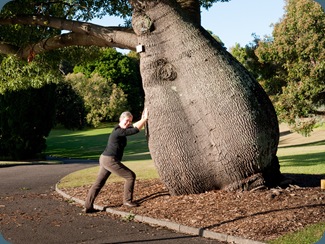 There are some interesting trees in the gardens - this one looks as though it's about to fall down - it's actually tied to another tree! 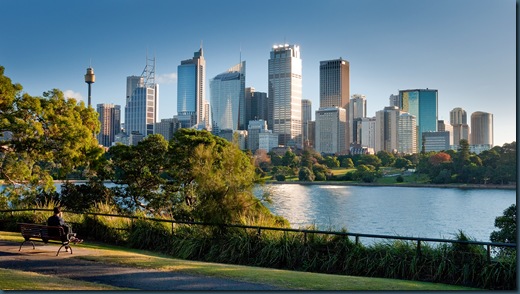 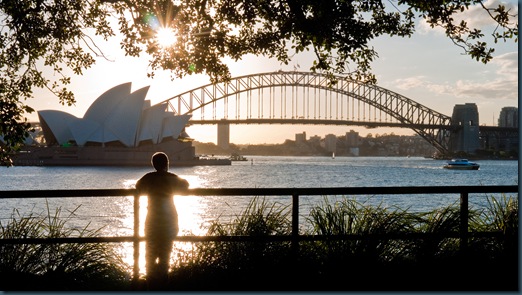 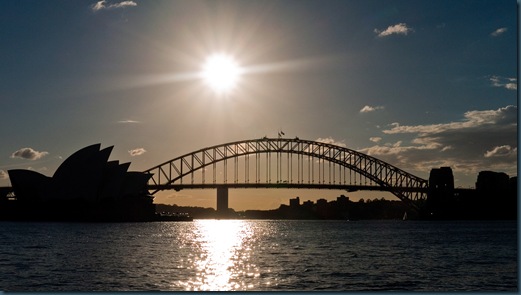 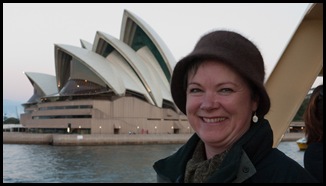 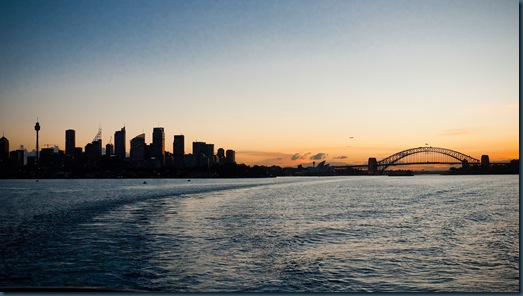 In the evening we took the ferry to Manly to see Paul and Elaine, a couple originally from England who've lived in Sydney for many years and got in touch with us through the blog last year, as they're considering buying a narrowboat and becoming 'continuous cruisers' for a few years in the not too distant future.

Paul sounded as enthusiastic as Barry had been in the 18 months prior to us following our (well his really!) dream, soaking up UK Waterways Sites blogs with a passion, and he and Barry chatted away companionably.  Elaine sounded a little cynical - I can definitely understand how she feels, must be a female thing - so we hope to be able to bring her encouragement through our blog in the coming five months.  Paul had very kindly bought us a bilge alarm for Northern Pride which will warn us of impending disaster - so hopefully it won't be put to good use at any time!! 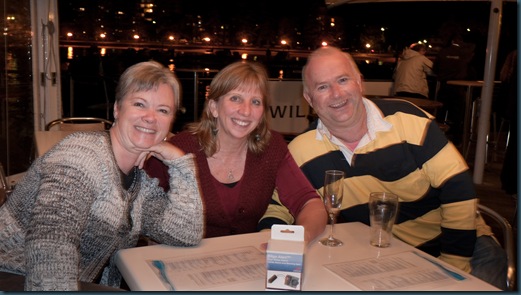 We leave Sydney for England tomorrow evening and according to the internet the flights to UK are all on schedule so far, but of course things could change at any time.  Fingers and toes still crossed ...