We arrived safely back in England mid-day on Monday, and we're getting over our jet lag now.  Amazingly I managed to sleep for over 8 hours on the Sydney to Dubai flight (>14 hours long!) so that helped somewhat.  We're staying with my parents in Worcestershire until Thursday when we will return to Northern Pride.  In the meantime, a little more about our trip to Sydney ...

Fortuitously, it was the Darling Harbour Jazz and Blues Festival weekend while we were there and we had a very pleasant evening on Friday listening to some sounds - they were more reggae and motown based than Jazz and Blues, but enjoyable nonetheless!  Stan Walker was playing on the Sunday evening, a kiwi singer from Gisborne who won the 'Australian Idol' last year - unfortunately we couldn't get to see him as we were on our way to the airport to catch our flight to Dubai and Birmingham.

Darling Harbour is a vibrant place, buzzing with locals and tourists.  My daughter Lisa spent New Year's Eve of the Millennium selling glow sticks there! 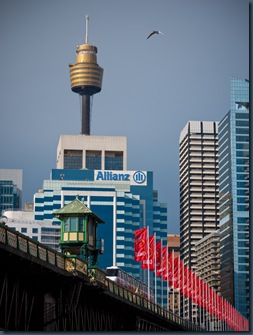 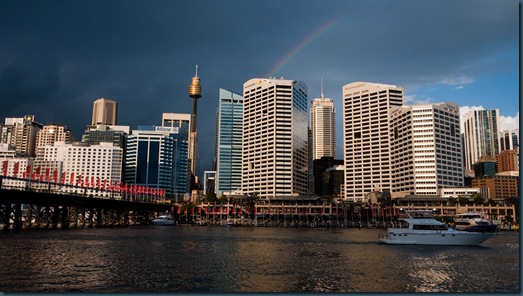 Very mixed weather - sunshine after the rain with a pot of gold in the Commonwealth Bank! 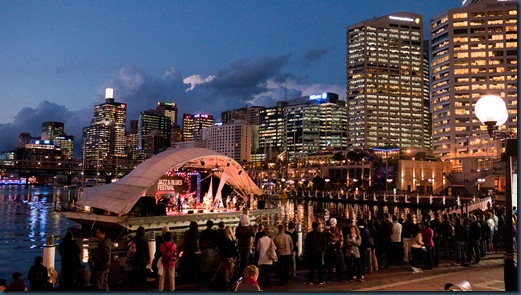 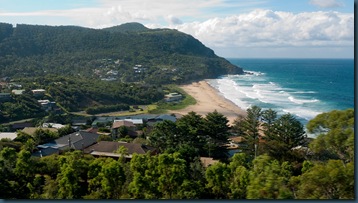 Having exhausted our tolerance for being in the city, we took a train ride south on Friday to visit the daughter of a friend of mine who sadly passed away two and a half years ago.

We didn't get to see too much scenery 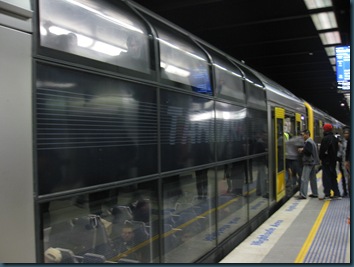 from the (double decker) train, just  lots of gum trees and the occasional glimpse of the ocean.

Australia is such a vast country, we only touched the surface of it.  Hopefully when we next visit in November, we'll go to the Blue Mountains and maybe get to see a kangaroo or koala! 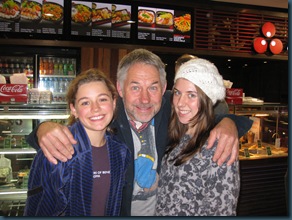 Barry's nieces at the airport to say goodbye