Having packed, unpacked and taken 'stuff' out of the case a number of times (and transferred one or two items into Barry's lighter case!), I think we're just about set for our flight to Auckland and then Sydney tomorrow.  We're still each about 5kg over the 20kg limit (it's just far too little for a 5 month stay!!), but hopefully they'll let us off or allow us to pay a small excess baggage fee. 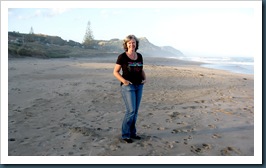 I had my last walk on Wainui beach late in the afternoon on Friday - the weather here is still warmer most days in late autumn than UK in late spring at around 20 to 22 degrees, but I'm hoping the sunshine is just around the corner up there?  Maybe the weather is feeling as glum as some people who seem concerned about what the 'new' government is planning - interesting times ahead I'm sure .. 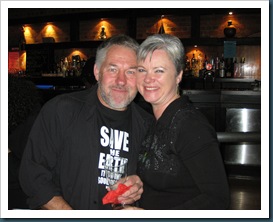 Last year I grew my hair long for our trip so that I could tie it back on the boat, but on Saturday I finally plucked up the courage to have a short crop to see if that's simpler to manage without the luxury of hair straighteners - the previous version was a bit of a pain with my unruly locks!  Barry reckons he'll have to keep his beard now or people won't be able to tell us apart!

Charlie (bless him) has been back to Northern Pride last week and fitted us with 3 new batteries, so she should be 'ship shape' and ready for us to board next Thursday - assuming that we'll arrive in England on schedule rather than be stranded in either Sydney or Dubai (I can think of worse places to be stuck).  Que sera, sera ...