Sandra plays her cards right after Barry's birthday, and aspirations for a happy Xmas

We returned to Areandare last Tuesday evening, after spending another few days with my parents, and Barry's short trip to Brighton to catch up with his mate Dickie and meet Ray for the first time. Barry spent just 46 hours on the south coast, as Dickie was leaving for a work trip to Southampton. I'm not sure he would've coped with any longer - certainly our meagre personal allowances wouldn't support any more outrageous Guinness drinking! The sustenance of the two days was very much of the liquid, not solid, variety ... 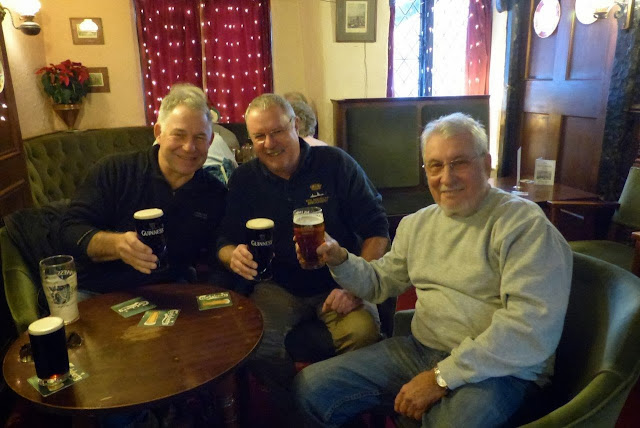 Back in Droitwich, we unfortunately discovered our hired car had been deeply scraped on the passenger door handle whilst parked, we assume, in 'Morrison's' car park. We choose never to partake of the offered 'extra' insurance by Enterprise to reduce the potential excess of £750, as we figure the odds are very much in our favour. I've only ever, in 36 years of driving, had one car accident - and that was when someone ploughed into my rear end when I was stationary at a traffic island. We reckon on the balance of probabilities, we'll still save money in the long-run, as we hire cars every month or two. This year we'll have hired six times since March, so if the extra is around £10 a day (can't recall how much!), it would've cost us heaps more and saved us nothing. The door handle repair cost £134.

It's all a gamble really isn't it, this insurance lark? We have a car booked over xmas and NY, so we're hoping the weather remains as unseasonably mild as it's been lately! The cold snap that's been forecast for weeks has yet to materialise, in Cheshire at least - yet another case of what I perceive to be the mass negativity propaganda of the British media.

Last Friday was Barry's 58th birthday, only his second winter one, the first being his 21st in 1976! He's more used to a summer celebration, with a BBQ and party with friends in the long, light evening of New Zealand. He's more than happy though, and enjoyed a good old British breakfast to start the day, and a traditional British pub to end it. 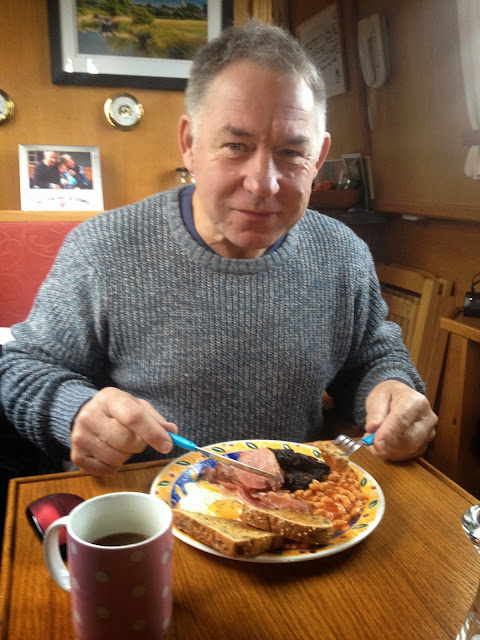 In the afternoon we had a stroll into Tattenhall, where we popped into the church to see the decorations and check out the ambience (we may not be 'believers', but there's something very warm and welcoming about British churches I find) and were greeted with 'messy church', a cup of tea and biscuit (love Tattenhall people!), and a sing along with guitar for some village children. Then it was time for a few pints in the warm and cosy 'Letters Inn'. We were invited to join some locals in the corner, chatting amiably to them for a couple of hours, before being offered a lift back to the Marina in a retired farmer's Mercedes. There's not many places where that would happen - a wonderful day. 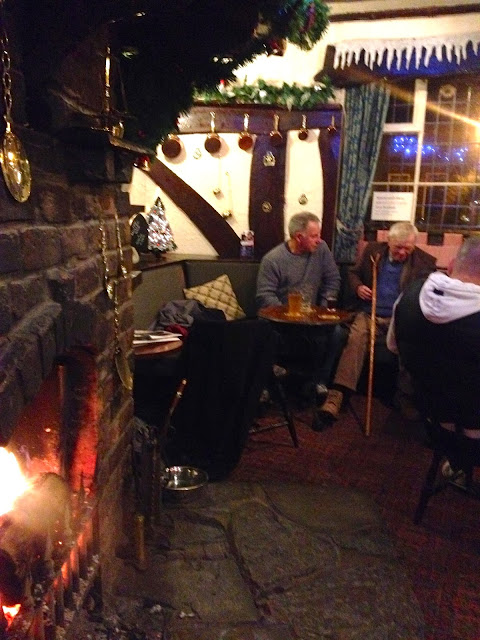 Barry and his new mate Keith, snug in the corner

My sister Kath joined us on Saturday, so we took her on our hour-long circuit walk along the canal and then back around the country lanes.

In the evening we were happily surprised to discover that fate decided we weren't to miss Scott's bar 'Play Your Cards Right' while we were away. I won £49 by being the only person of about 25 present to make it twice through the board amidst calls of "Higher", "Lower", etc, and amazingly not a single pair ("You get nothing for a pair"). With that and my recent £500 win with the Avon Consumer panel, I'm confident 2014 is going to be a financially successful year for us. 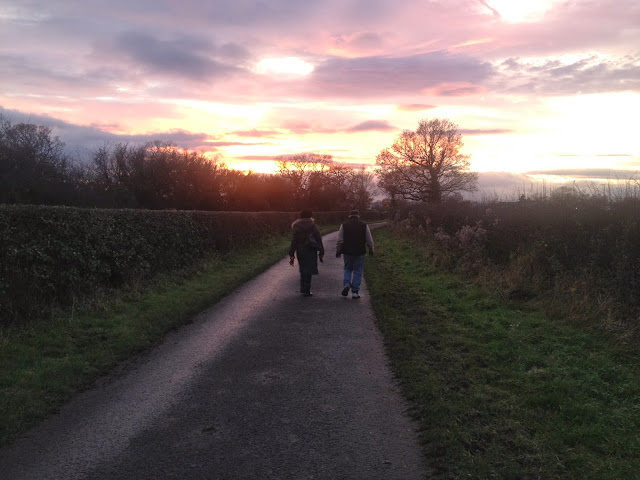 Kath and Barry walk towards the setting sun 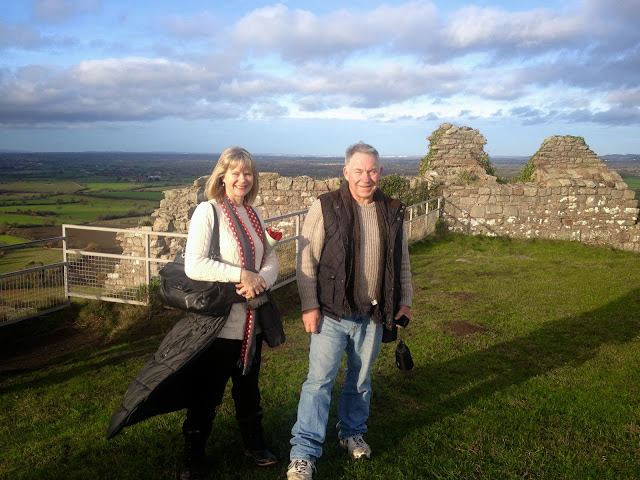 Barry gets into Beeston Castle on his second attempt, making the most of Kath's car on Sunday

Talking of finances, I'd forgotten quite how crazy the Christmas madness becomes in UK, this being my first one for nine years.  As we choose not to possess a TV, we aren't subjected to the persistent advertising frenzy (apart from via social media which is bad enough!), but we do experience it at my mum and dad's. It really has got out of hand IMHO.

I'm very conscious of contrasts between xmas in UK and NZ. In the southern hemisphere it's the season of long, warm, sunny days, so not many decorations are needed or noticed - the days tend towards being naturally gorgeous, bright and cheerful! However, in June and July, there's little to brighten up the days, and I remember thinking they could do with something similar there then! But definitely not with all the commercialism that seems to be paramount here.

I do love to see the xmas lights in UK though, in the houses and shops. What I don't love is the potential for so many people to verge towards being sadder than ever at this time of year, when they may feel as though their lives aren't filled with as much love and comfort as others. People who are alone, people who are homeless, people who are abused, for instance.

I guess what I'm trying to say is I aspire to

More xmas aspirations and possibilities for seasonal cheer spreading in the next post ...
Posted by Barry and Sandra at 13:33