Waterways World feature once again, and a wonderful weekend

We're currently feeling a little like 'Retiring Afloat' pin-ups having appeared as the feature photo in two consecutive Waterways World articles! When we sent in six photos of 'retired' boaters, we didn't imagine them using the ones of us, especially not such large ones lol!

It's quite disconcerting to see ourselves staring back like this ... 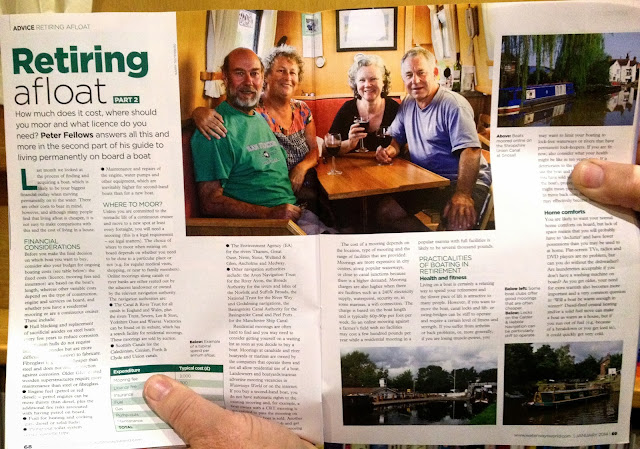 The lovely Pam and Terry from NB Rooster's Rest appear once again on the contents page. Sadly they didn't publish a few other photos of 'mature' couples on boats that we sent in (Sue and Vic from NB No Problem were one). Maybe another time.  Once again, the photo was taken with someone else's camera, this time Richard's from New Zealand - now he really IS officially 'retired' and drawing a pension!

It was the lovely Helen and Andy who brought said copy of WW to the boat last weekend, when they came to stay for a couple of nights. What fun we had. Andy managed to get two blogs from the visit, you can read them here and here. He took some fabulous shots of Barry feeding our friendly swan (don't show the children!) - by getting him to literally take the bread from his mouth! Yes he is completely crazy fearless!

We had a cracking day in Chester, having persuaded a very reluctant Andy to experience a bus journey (damn the bus driver for being late entailing an uncomfortable wait in the cold and rain - that didn't persuade him one iota of the merits of public transport!). We walked the walls once more, and while Andy and Barry were distracted with their lenses, Helen and I ducked into a quaint-looking pub for a drink. Now Andy, in his blog, suggests that he and Barry talked the landlord into letting us stay for a drink after closing time. The reality is that Helen and I were chatted up, in their absence, and they suggested actually locking the doors so the boys couldn't get in, while the girls enjoyed a pint! Now that would've been a table turning event if ever there was one!  In the spirit of the festive season, we decided to show goodwill to our men, and not torture them ... 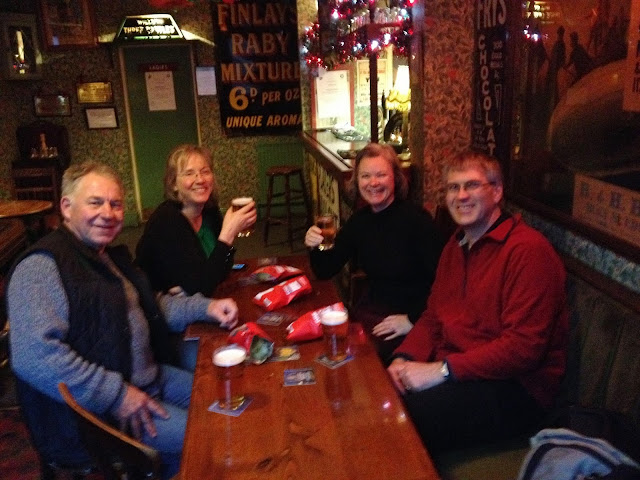 A grainy shot from Sandra's iPhone (must clean the lens more often!), Barry, Helen, Sandra and Andy in the very old-worlde Albion Inn

There was a plethora of memorabilia from in the early 20th century to keep us amused - this one below is especially for all the lager drinkers in England and New Zealand - mostly for you Tony Fox! 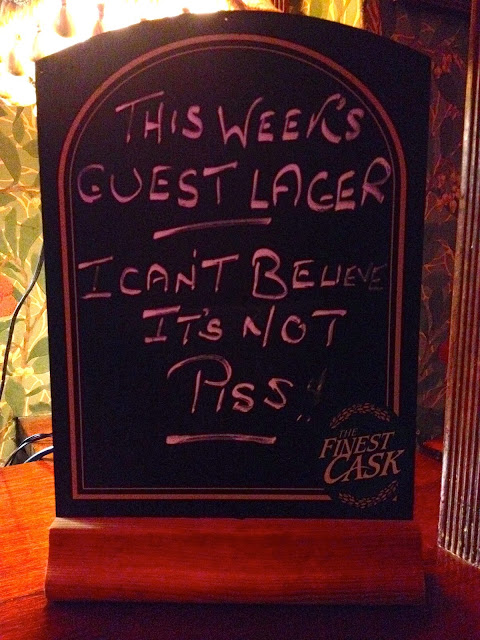 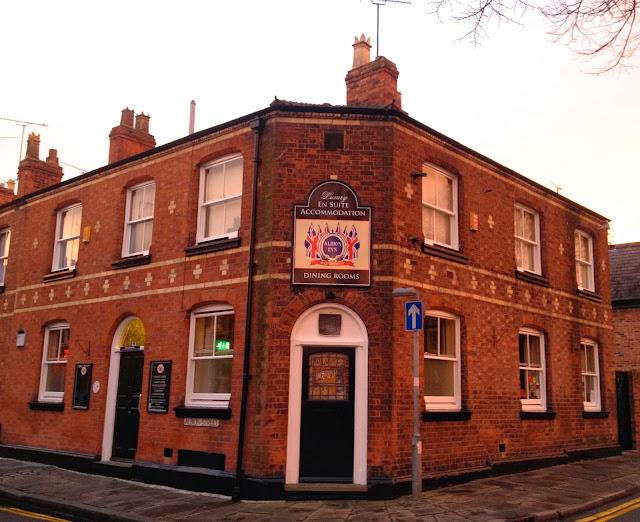 The Albion Inn, where the landlord has remained continuously for 37 years, and the interior decor iconically captures the essence of the 1914-18 Great War - well worth a visit if you're in Chester


Oh, and to finish, we're celebrating our fourth wedding anniversary today. This year we're off to the local 'Letters Inn' for a couple of drinks, a Chinese meal and to St Albans Church to sing some carols. 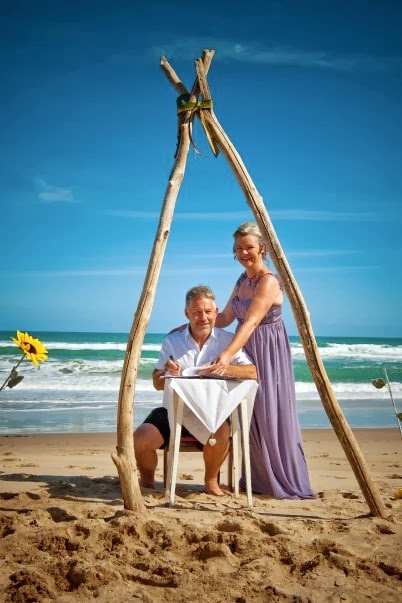