This will be our final post for 2013, as we're leaving the boat until 7th January, visiting family. Christmas Day will be spent half at my daughter's home in Malpas with her family and my younger daughter who's come up from Brighton, and in the afternoon we'll travel to Ombersley to be with my parents. On Boxing Day we'll drive up to Lichfield to see my eldest sister and her children and grandchildren.


On 28th December we'll set off again, this time onto the M5 to Exeter, to see my youngest sister for a New Year, leaving there for my next sister down in Southampton on 2nd January.


On 3rd January it's a short drive to Brighton to celebrate my youngest daughter's birthday, then back to my parents for a night or two before heading back to Tattenhall.


Phew! How lucky are people who have family all living within a short distance of each other! I often question how we came to be so far apart. It wasn't always like this. For many years we all lived in Sutton Coldfield, and spent Xmas and New Year together. I guess it's just how it is nowadays for many families.

We were really touched on Saturday night, when we went for our weekly night out at the Marina Bar (Scotty's), and were told we had a couple of letters and a parcel. As we weren't expecting anything, we were curious as to who had sent us what!


One of the envelopes contained a Xmas card from Angie and Dave, from NB Lady Esther, the couple we met at Market Harborough (we blogged about the synchronicity of meting them in April). They'd sent us a wedding card to the Dog and Doublet in September 2009, after following our blog. We were really touched they'd taken the time and trouble to get in touch again - thanks guys, hope to catch you again in 2014.


Seeing the package I wondered if I'd ordered something and forgotten - what a delightful surprise it turned out to be. A Marks and Spencer's Hamper of delectable goodies from our friends in Sheffield, Sarah and Fred. Now gifts like this we can handle, they're not bringing unnecessary 'stuff' into the world. Yum! 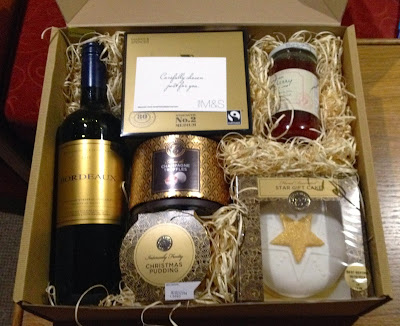 And so this is Christmas, and what have we done? Well we've had an amazingly adventurous 2013, which included memorable and magical things such as: 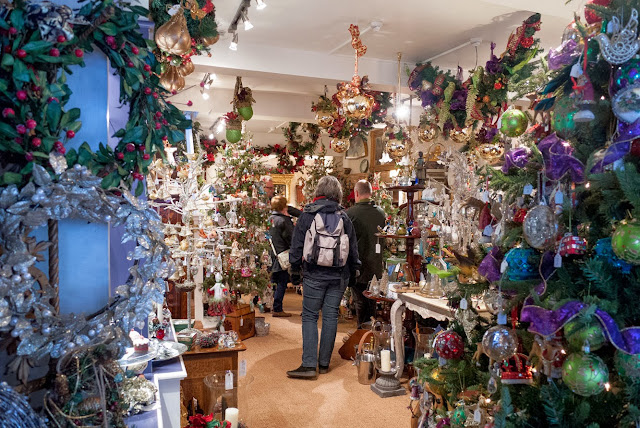 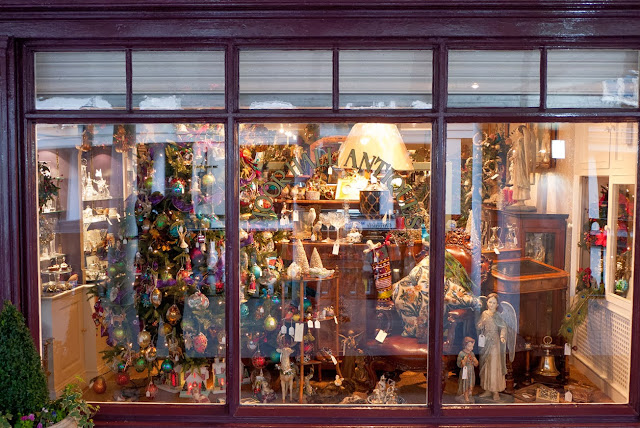 How many baubles can you fit on one Xmas tree?!


When we drive back to Tattenhall on 7th January, all the colourful lights brightening up the dark nights during December will have been taken down which is a shame. Wouldn't it be lovely if people left them up until spring?


Happy Christmas everyone, and we wish a peaceful and prosperous New Year to you all. Thank you for reading our stories and sharing our trials, tribulations and thrills.

We look forward to connecting once again in 2014, as we embark on our year of making it happen - focussing as always on enjoying time with family and friends, whilst vitally next year taking forward ways of earning sufficient funds to sustain a minimalistic lifestyle living aboard our narrowboat, whilst continuously cruising the Inland Waterways - from 1st March 2014.

It's going to be interesting!
Posted by Barry and Sandra