… well at least Barry is! That's how long we've got left at Tattenhall Marina, sitting (mostly) still, with an electric hook-up, a water point a few feet away, a pump out and diesel across the water, a great bus route a few minutes walk away, weekly events/games night at the Marina Bar, etc.

So we currently have such luxuries available as:

I never imagined I'd like love being in a Marina, rather than moving around the system most days. But I am okay to admit that I do - and shall miss it.

However, much of that may have to do with the cold, dark and damp of a British winter - though admittedly it's not been too bad so far (at least that's what I'm told, it's been pretty yuck compared to what I've been used to in NZ for the past nine years!).

So by the time we leave, the evenings will be lighter, the daffodils will be sprouting, there'll be buds on the leaves of the trees, and people (including me!) will begin to 'feel' happier. 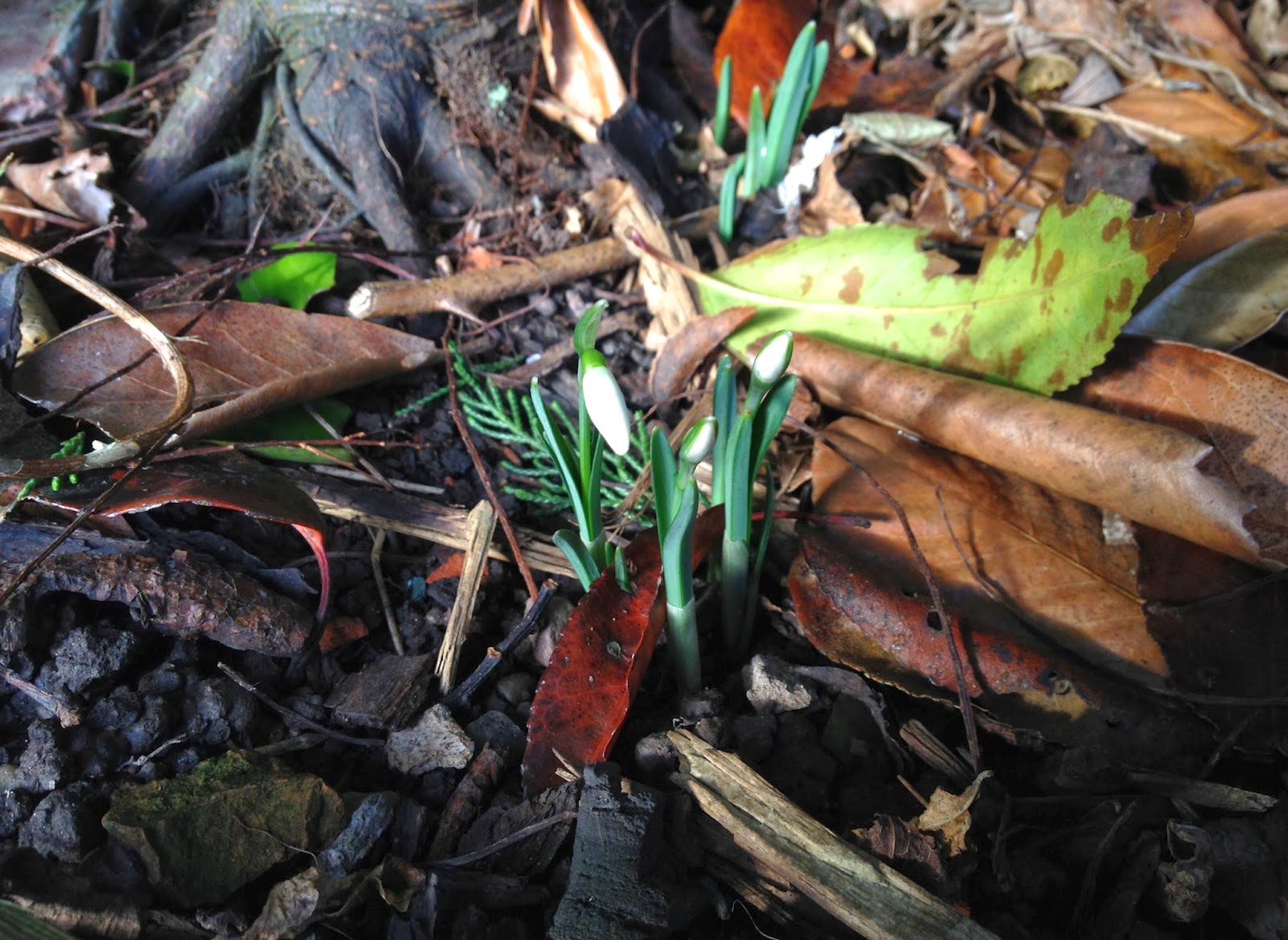 Signs of spring are beginning to appear

Our festive season
It's been a few weeks since I last posted a blog - Xmas Eve in fact - apologies readers!

We had a busy but fun-filled festive season, travelling almost 900 miles around England visiting family - very different to last year when I was in Bali with my daughter Kim. So blogging hasn't been my top priority - I'm aiming to post more regularly in future so the posts aren't so long.

Here's a selection of a few magical moments ... 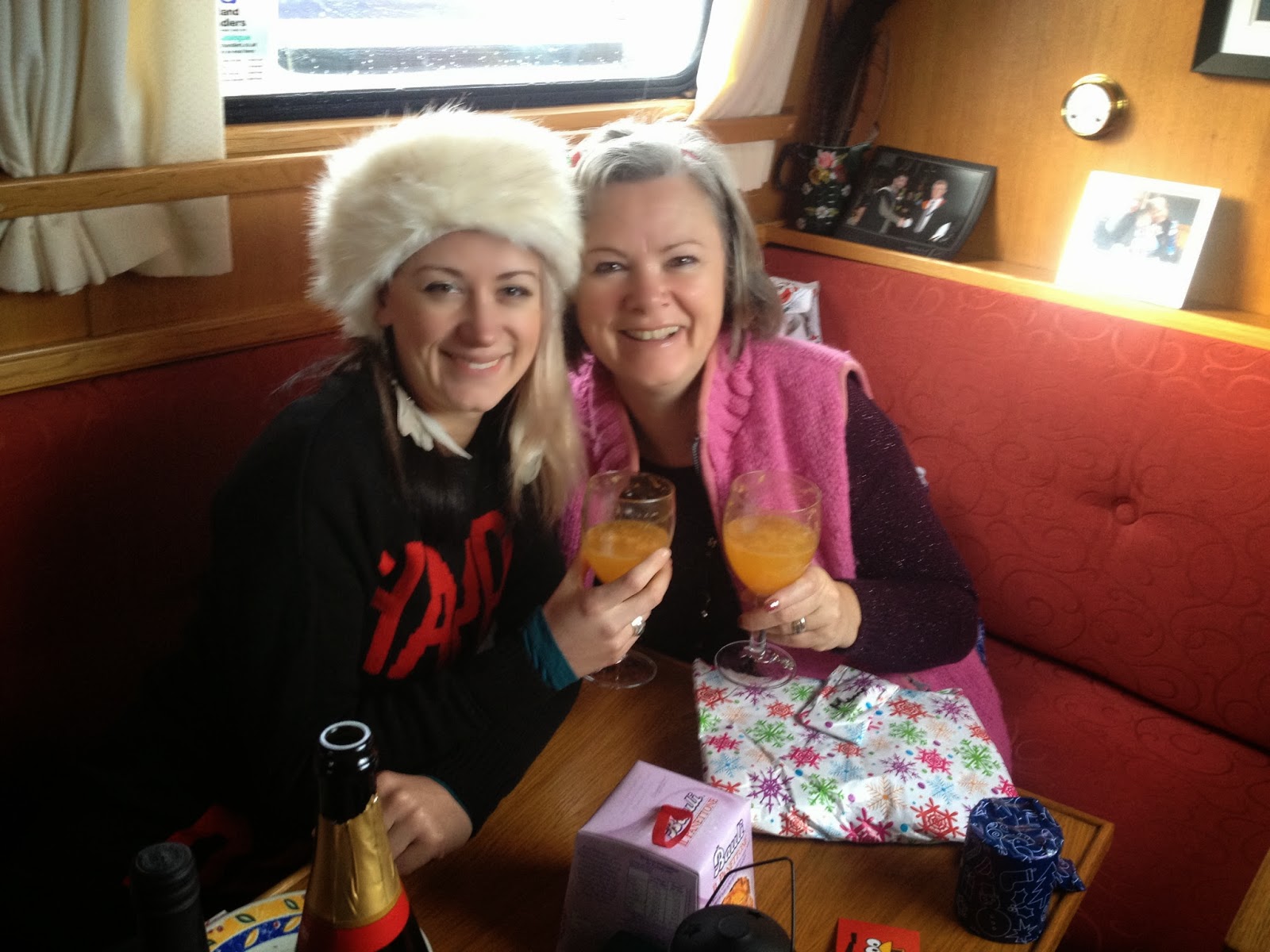 Bucks Fizz for breakfast on Xmas Day? Don't mind if I do 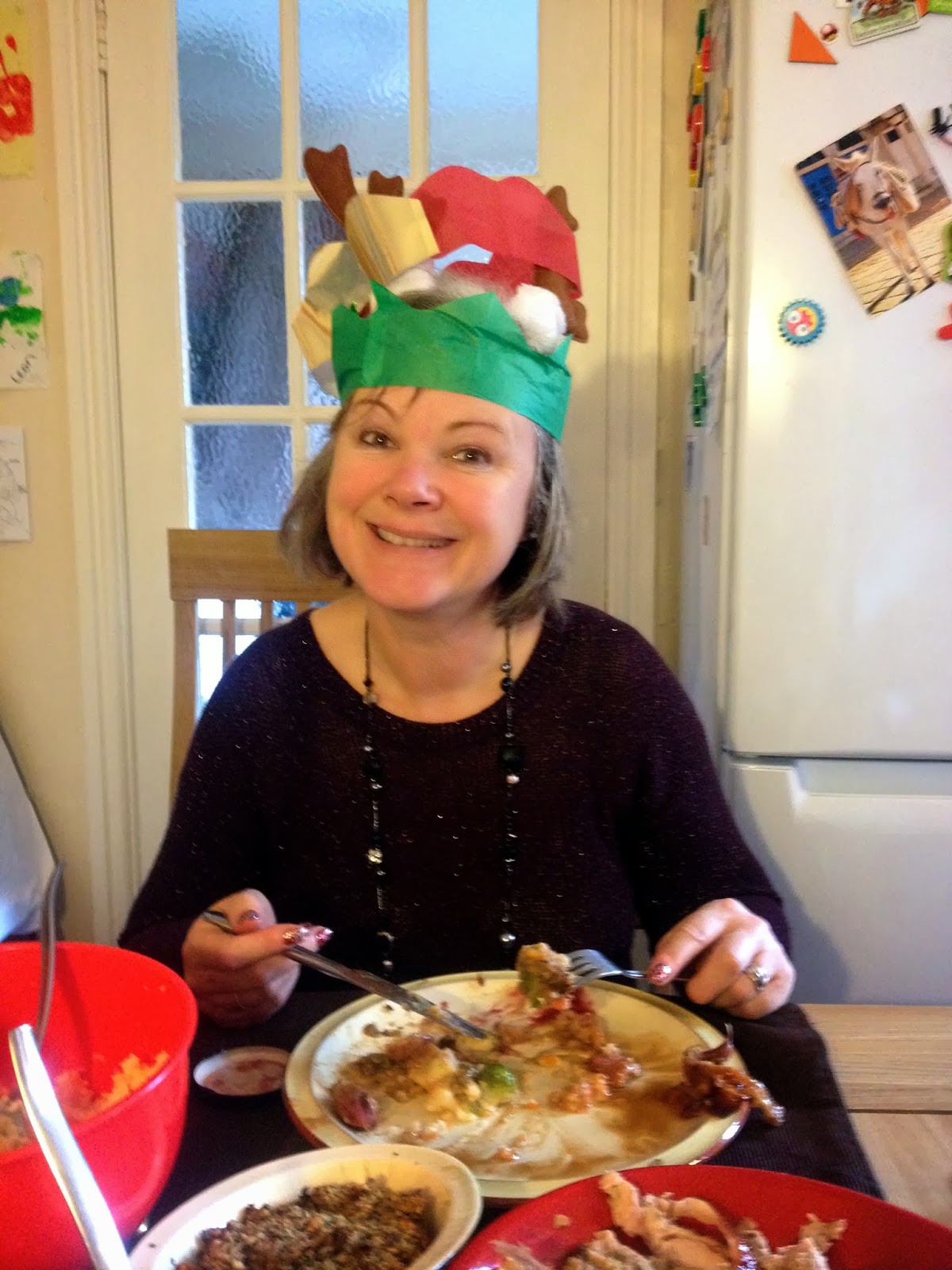 How many cracker hats and reindeer horns can I fit on my head?! 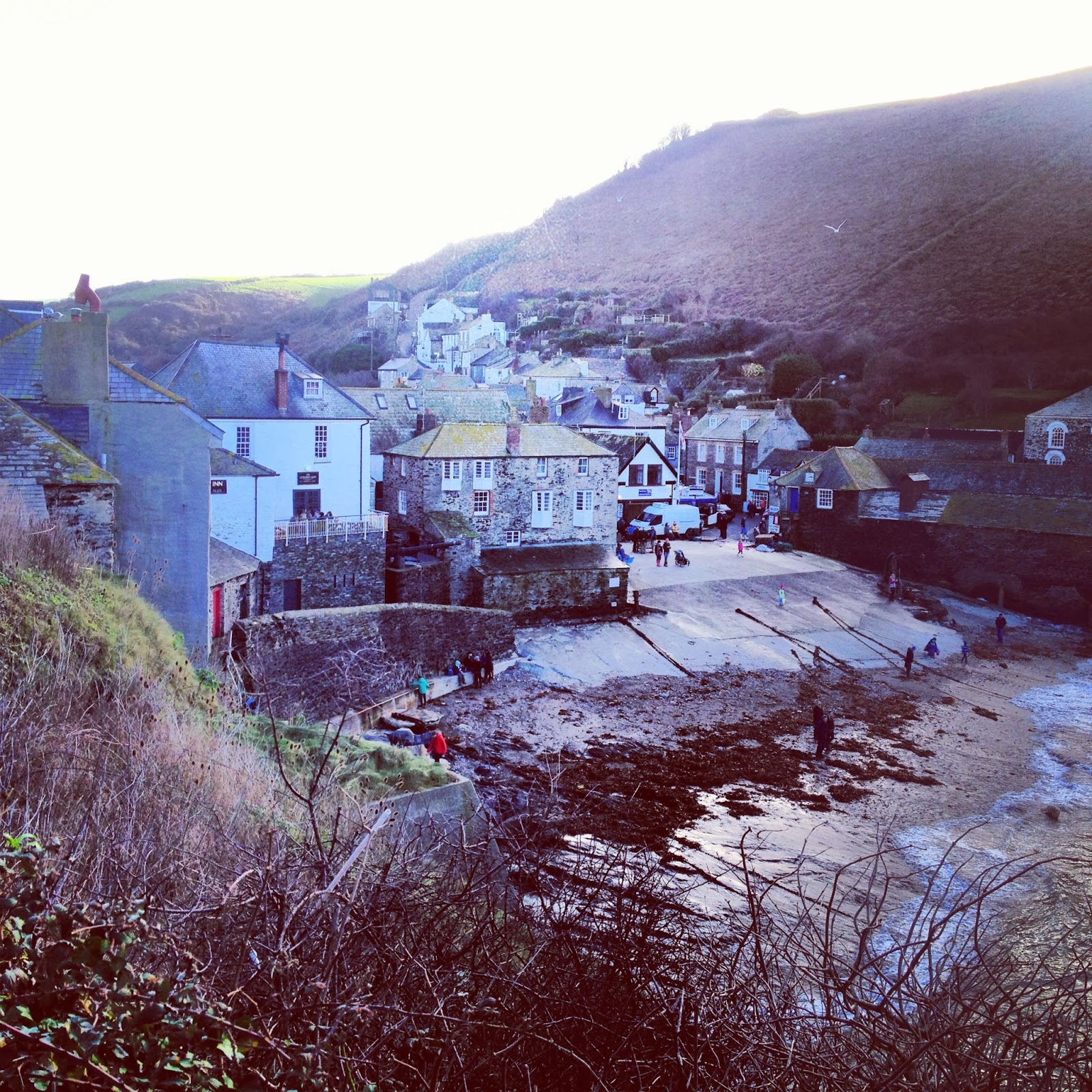 A day trip to Port Issac, Cornwall, where (much to the annoyance of many residents apparently)  they film the UK TV programme Doc Martin, starring Martin Clunes 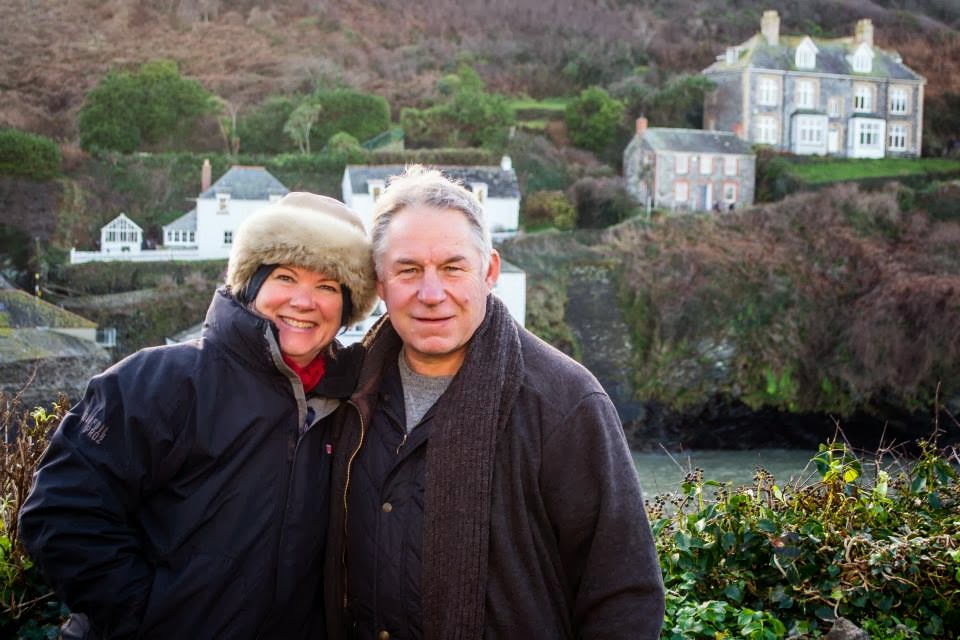 The Doc's house is to the right of Barry 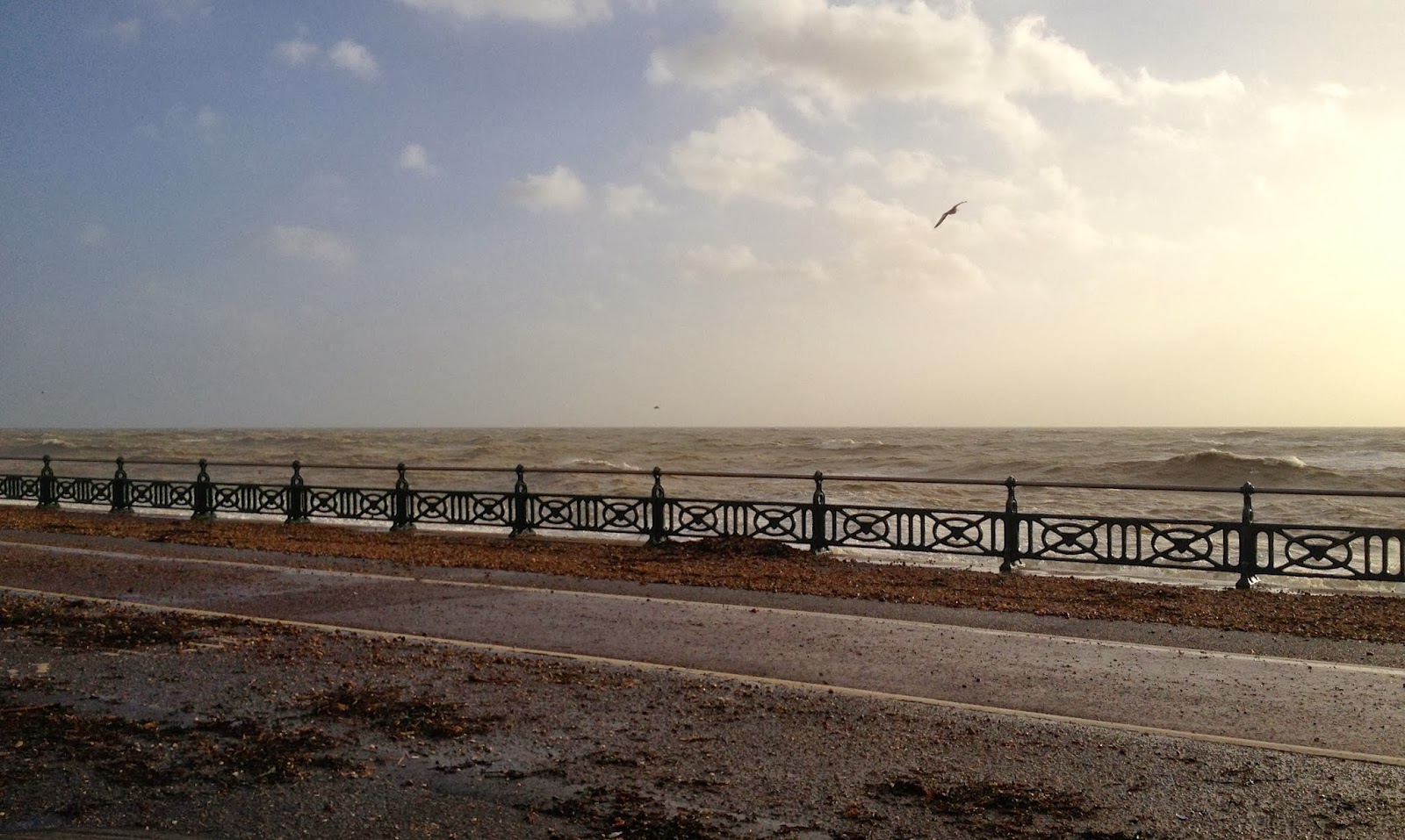 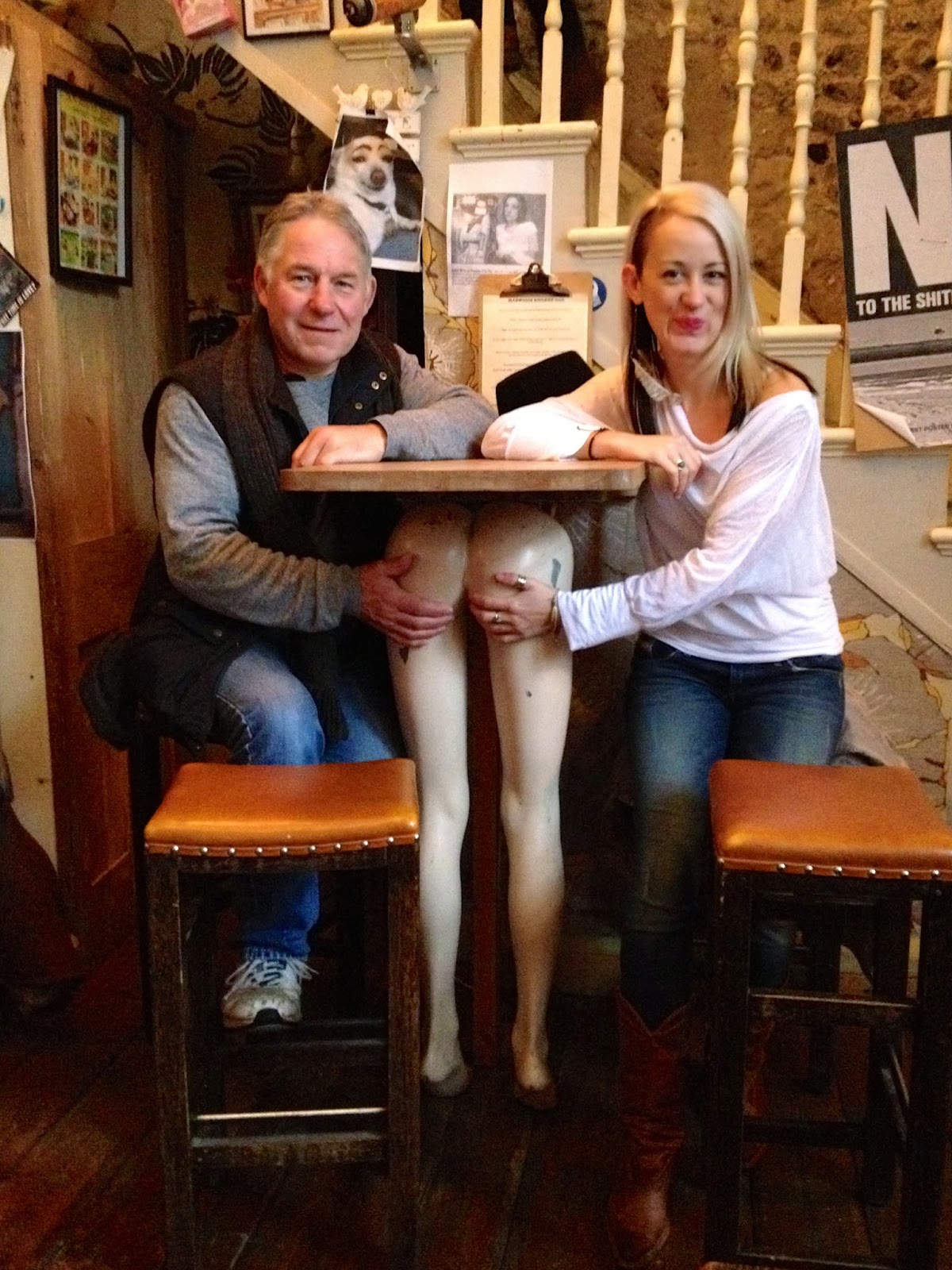 A variety of fabulous venues were visited for Kim's birth day - here Kim and Barry are feeling a little cheeky at a quaint coffee shop called 'Marwood' where they say they do 'Kick Ass Coffee and Life Changing Cake' - love that description! 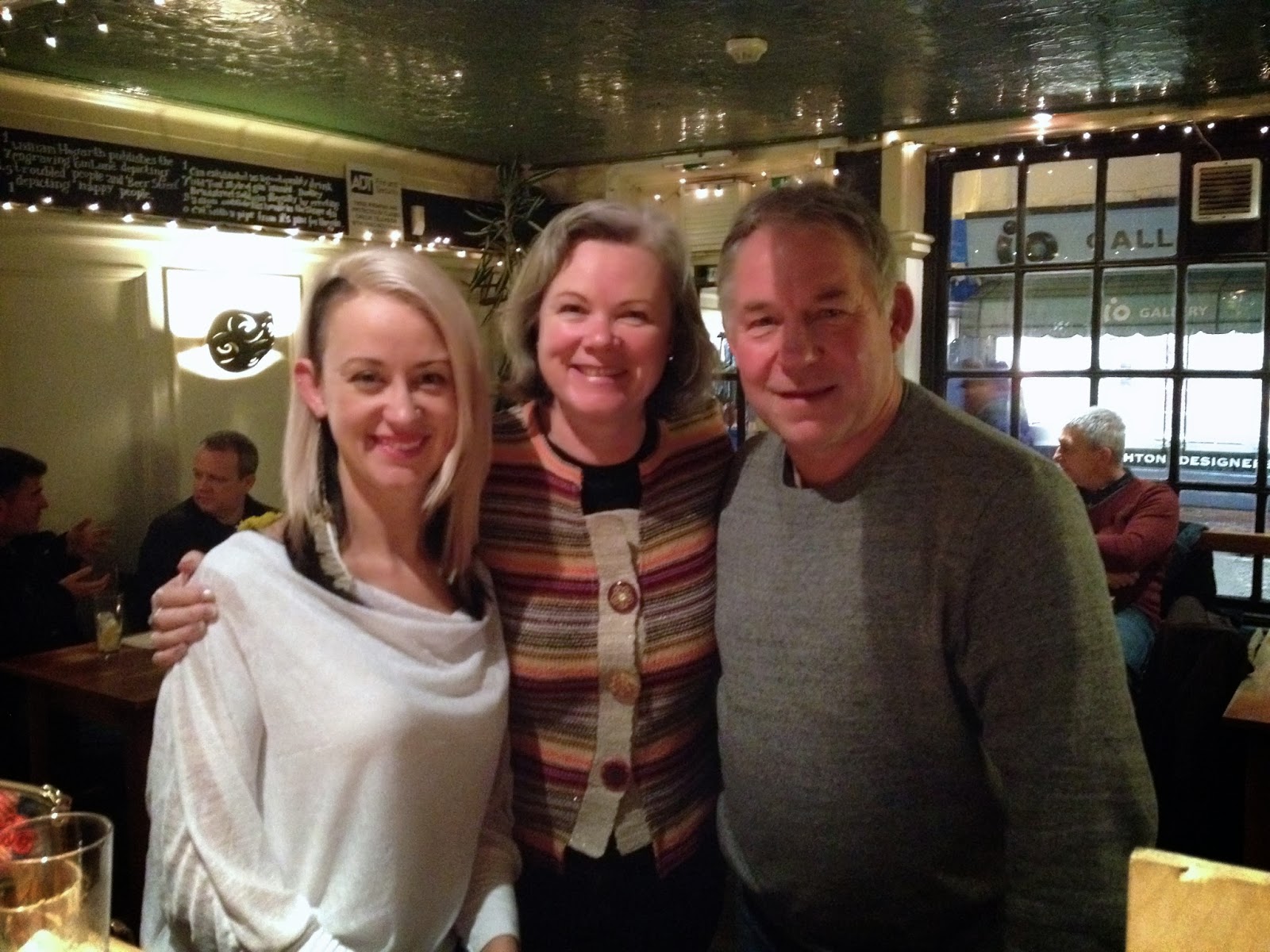 And here we are at 'The Office' a Gin Bar, serving a selection of over 30 different types of gin. Barry was in his element, but seems a little overshadowed by Kim and I!

Back to the Marina
We returned to AreandAre on 7th January, and it was a relief to unpack and get sorted after so many different stops.

Luckily we'd had an upgrade in our hire car. In fact, strange as it may sound, I changed the type of car a couple of weeks before we picked it up, and it cost 70 pounds LESS to get a Class D than a Class B that I'd booked in September - and then they upgraded again for some reason.  I have no idea how it happened. Maybe it's because I booked early initially, and they hadn't had as many bookings as they'd thought they would for Xmas? Or because we've been regular hirers recently. Who knows, but somehow we received a Vauxhall 'Insignia', which had a huge boot that we turned into a mobile wardrobe! 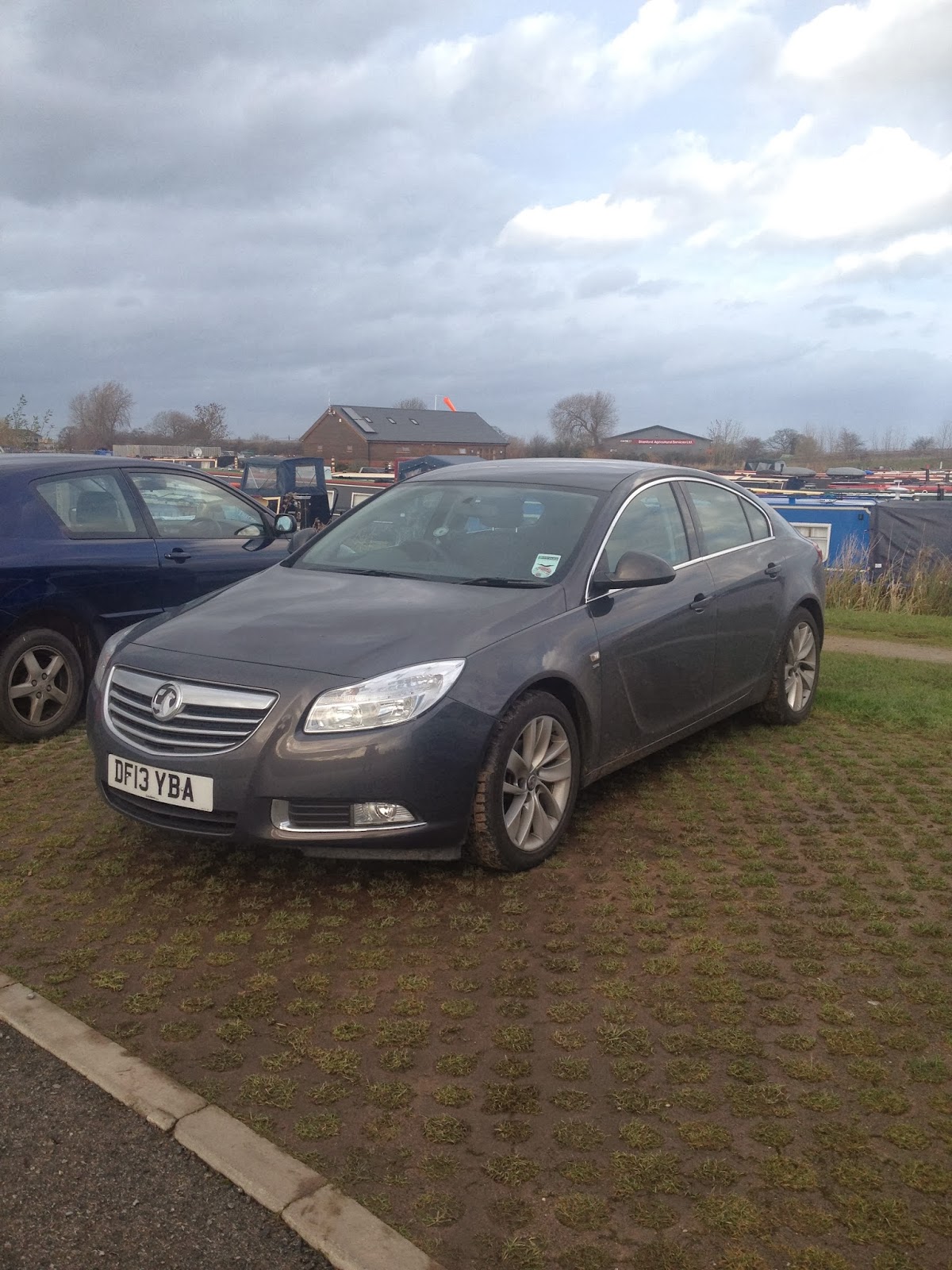 Our unexpected Xmas present from Enterprise!

Shower challenge and another win
Just before Xmas Barry decided to take our shower apart (not the best timing!), as the seals weren't so fabulous at the bottom, and there'd been some leakage. It meant we had no working shower from a week or so before Xmas, until last week. Fortunately there's a walk in wet room type shower in the Marina, but it's a few minutes walk away, in the cold, so the usual daily shower went awry. Once again, thank goodness for being here.

However, we may be asked to leave before long if we don't watch out. We went to the bar the Saturday we got back, where there was a darts match on a recently fitted board. By some incredible stroke of luck (on my part, not Barry's, his was through sheer skill), the final players were a couple of kiwis which didn't go down too well! So taking the money home was then a forgone conclusion - obviously I had to let him win (!) as I'd already had my first place a few weeks before in 'Play Your Cards Right'. 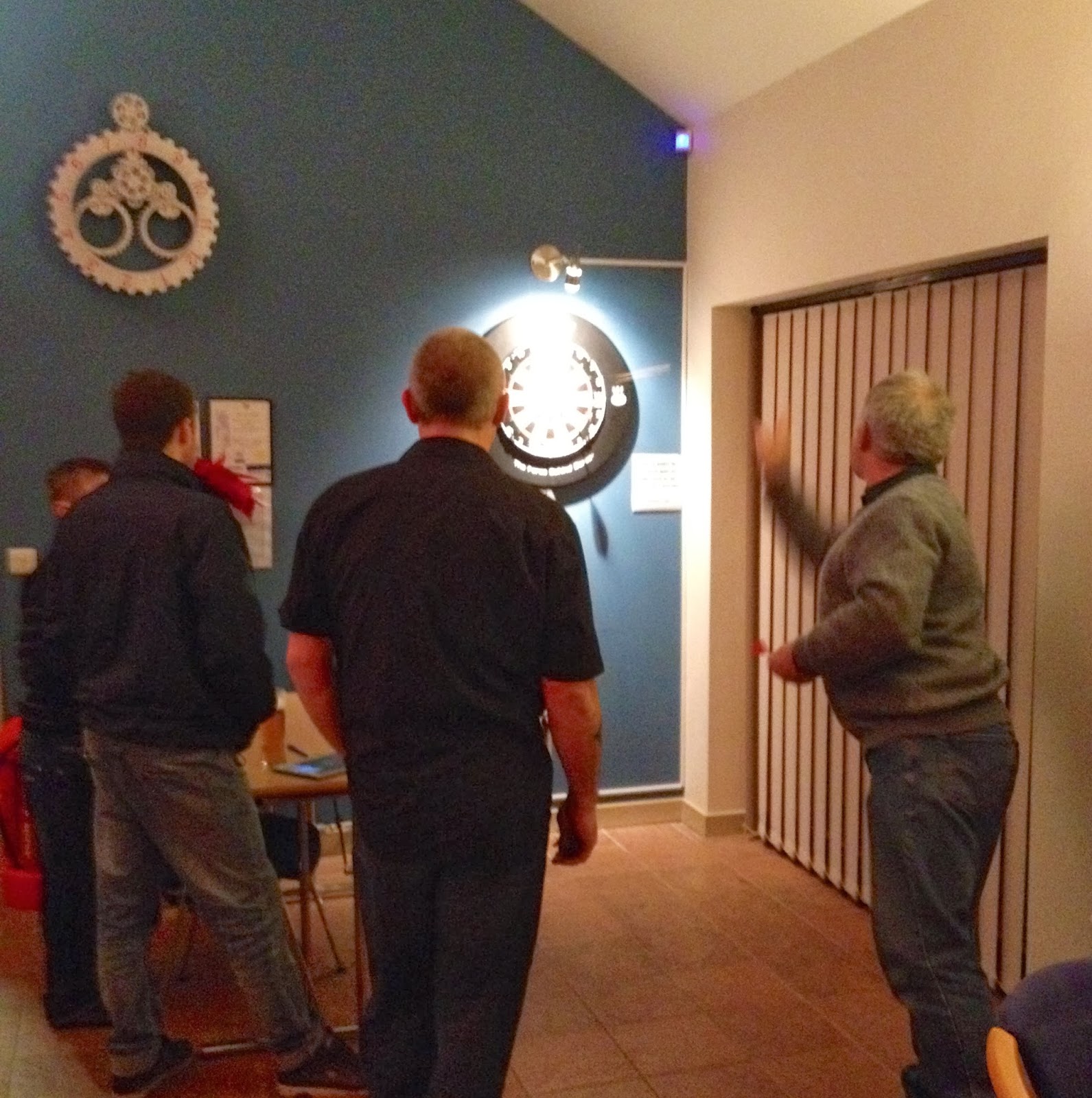 Almost ready to launch
We're now just waiting for CRT to agree to our proposal for our businesses before we can apply for a Trading License, and then we can announce what we'll be doing on the blog.

We have a draft travelling route for 2014 on paper, which is still subject to change, but nevertheless feels very exciting - even though it'll mean moving back onto the cut.  I know I'll love it once we're out, it'll just be odd not being close to my daughter and grandchildren for a while again, and all the 'luxurious' amenities.

I'm also seriously re-considering starting a new blog with 'AreandAre' in the url, and moving to 'Wordpress', as we're both using that for our business websites and it seems to have more features and support than Blogger.

So there's lots to keep us out of too much mischief in the coming days, weeks and months ...
Posted by Barry and Sandra at 23:09