Solitary confinement - but it's more than ok ...


"You need not do anything.
Remain sitting at your table and listen.
You need not even listen, just wait.
You need not even wait, just learn to be quiet, still and solitary.
And the world will freely offer itself to you unmasked.
It has no choice, it will roll in ecstasy at your feet."
Franz Kafka

So I've been spending my days this week doing just that - mostly sitting at the table aboard AreandAre, learning to be quiet and waiting.

To be honest though, it's not so bad! Sitting still and having time to reflect on our journeys this year, physically and metaphorically, is very uplifting. I can give more of my energy to my Holistic Life Coaching business, and I'm discovering all sorts of new and exciting ways of organising and marketing my service. With the move of hemispheres, all the visitors and the travelling we've done since April, I haven't really been able to do this as much as I would have liked in 2013.

I'm one client away from gaining my Diploma - and I've made myself a goal of attracting that person before the end of September. If you know of anyone who wants support to live their life differently, to discover ways to follow their dreams, to find a new direction or focus on valuing themselves more - point them my way! Of course I don't just want one case study client! So don't worry that the slot will be filled - there's always space for supporting people to get more life in their lives.

Last week I had a wonderful time staying with my eldest daughter, son-in-law, and grandson. We celebrated Lisa's 37th birthday with a party for friends and family - yes, I was a (very) young mum! We visited Chester Zoo on Thursday, and I spotted a CRT 'lock' publicising the waterways. Very cute, with those curly sides like they have on the Kennet and Avon. 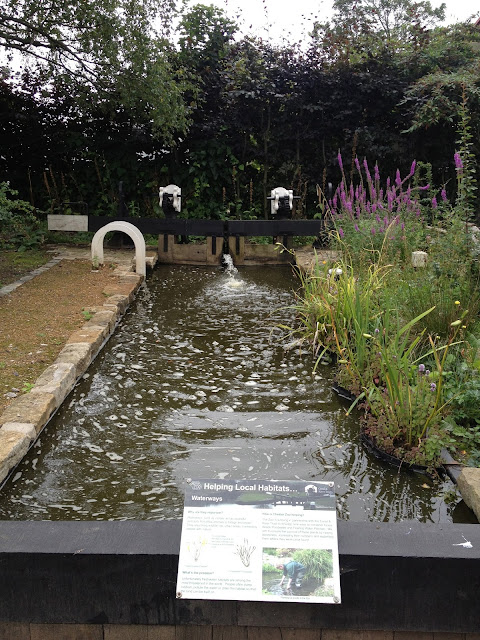 
Barry has now been gone for three and a half weeks - and until Monday I'd only spent two days on the boat! Still not a lot of time to miss him, though of course I do if/when I think about it.

Last week I got a call from Tom of NB Waiouru, saying they were moored up outside Tattenhall Marina - sadly I wasn't on board. I'm hoping they're not returning this way tomorrow or over the weekend, as I'm back at Lisa's tomorrow and have a friend visiting Saturday and Sunday.

Pam and Terry, from NB Roosters Rest, have also called to say they'll be in the vicinity later this month - again, I'll be off the boat at a weekend festival in Lewes, near Brighton, with my younger daughter. 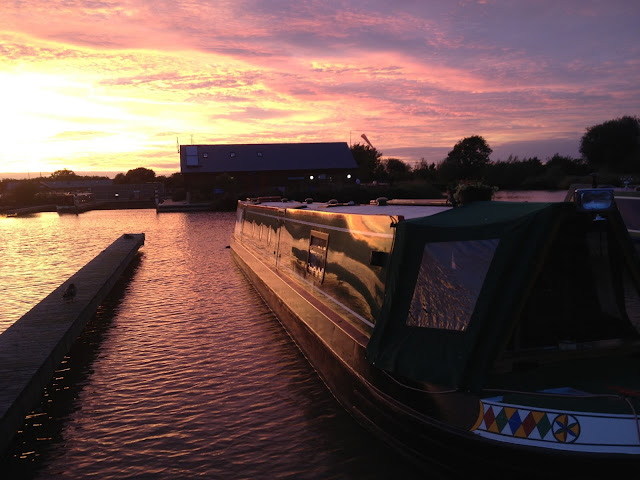 Our nearest shops are in Tattenhall, a twenty minute walk away, so I went for an explore on Tuesday. It's a lovely village, appearing 'well-to-do' with some rather swanky houses and cars around. Two pubs (could be more but that's all I spotted), a Budgen supermarket (haven't seen one of those for years) which is definitely not cheap so I shan't be shopping there often, three hairdressers (seriously, everywhere we go in England there's an abundance of hair and beauty places - recession? What recession!), a Post Office (very useful thank you), a doctors surgery, vet, library, school and church. 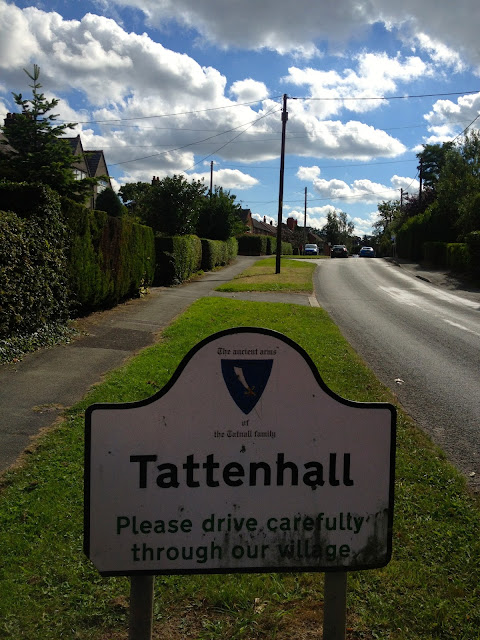 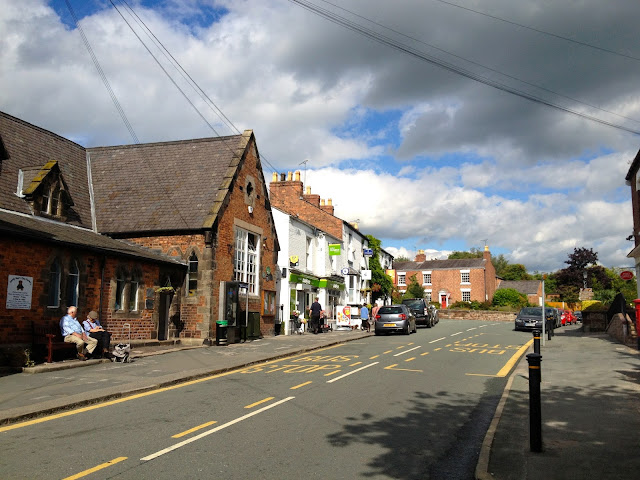 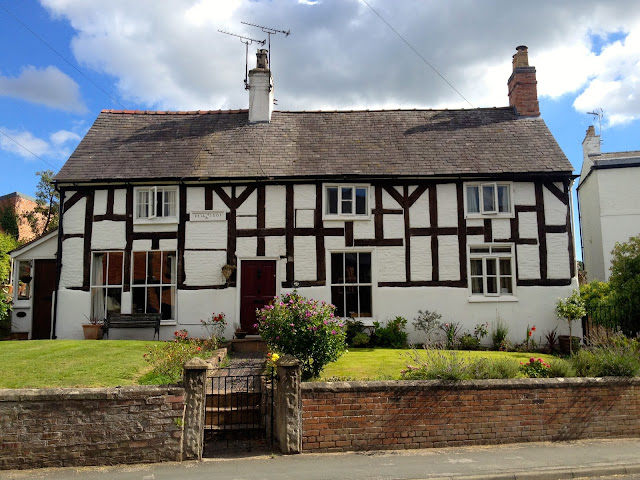 There's also the Barbour Institute which seems to be a busy little place. I took lots of leaflets from there to read up on, one of which was an over 50s Zumba class which I thought sounded fun (and a little tamer more manageable than the 'young' people's version!). Sadly, I contacted the woman who runs it to book in, and she hasn't had enough interest to keep it going.  She's possibly starting up again in two weeks. Fifty three is a bit of an in-between age I'm finding - not old, not young. We shall see, maybe I'll stick with the walking for now ... 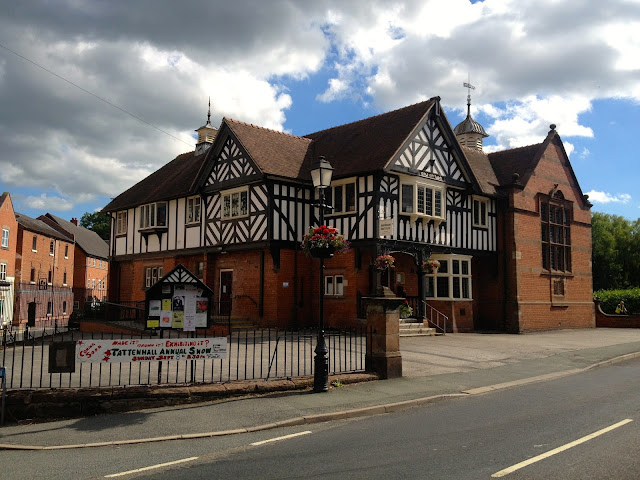 My best friends at the moment are three mallards who visit every morning at breakfast time without fail for a slice of wholemeal bread, and yesterday I was honoured with a family of teenage cygnets who would've come on board and helped themselves if they could! I've not mastered the art of feeding swans by hand, as Barry does with absolutely no fear. He tells me they have no teeth and it just feels strange - and I believe him, really I do, but ... 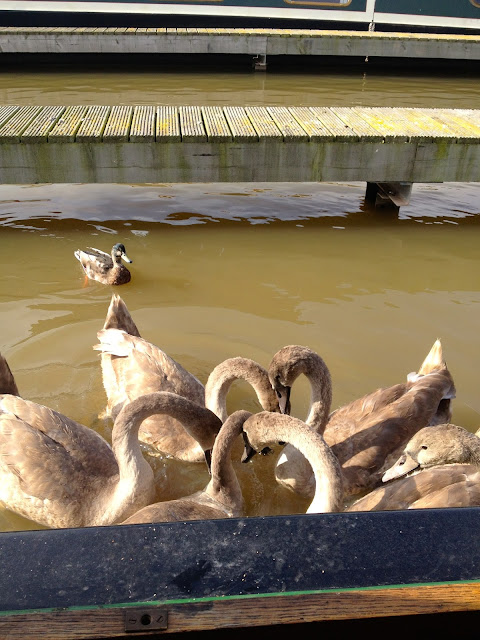 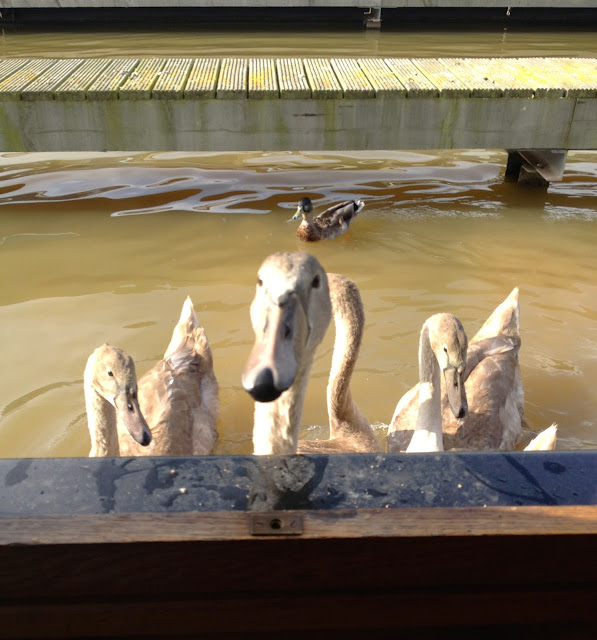 Talking of Barry, he's back in Gisborne after visiting his daughter in Hamilton, being privileged to attend his son's graduation in Wellington and his 23rd birthday, and now is back in his shop 'ezimade' this week, while Adrienne, who's been managing the business, takes a very well deserved week off. The UK spousal sponsored visa application is sitting in a queue, and we don't expect to hear anything until October really - six to twelve weeks is the normal waiting time.

As a lone (albeit stationary) boater, I've managed to fill up with water, we should have enough diesel and gas to last until he returns, it'll just be the pump-out that will be the challenge! We're moored directly opposite the pump-out at the Marina, so 'all' I have to do is get the boat there. It surely can't be that difficult!  I shall let you know in a future blog.
Posted by Barry and Sandra at 11:00