Great news on the visa front - and we had a red light!

I had an early birthday present on Friday when all the crossing of body parts paid off - Barry's UK visa application has been successful! Hurrah! Just under six weeks since the paperwork was sent to the sorting office, Barry received it all back, along with a visa stamp in his passport. Sadly he can't return until after 21st October, which is the date we recorded expecting he'd need time to sell his NZ business and get everything sorted there. Now he just has to complete the sale of 'ezimade' and find an available flight - we've enough points with Malaysian Airlines to fund a one way ticket.

My younger sister Viv, and her fiancee Ray, arrived on board Friday afternoon and we had a bit of a celebration of the wonderful news with their generous offering of Gin and Tonic in the evening. It's been a while since I've partaken of any spirits (of the liquid variety), and was a little worse for wear when we called Barry via Skype just after midnight. A bit of a reversal of roles, lol!

We still managed to haul ourselves out of bed at a fairly decent time on Saturday morning, my birthday, and after Lisa, Kim (who was up for the weekend) and our grandson visited the boat, we headed into Chester to walk the wall. The route passes the racecourse, and fortuitously it was the last 'Race Day' of the year. The huge crowd was blessed with a glorious sunny day - a good job as many of the women seemed to be dressed sparsely in expectation of summer, rather than early autumn. Our wanderings were interrupted for a good hour or more, as we gazed and gawped at the occasionally stunning but often incredibly skimpy and skin-tight outfits, watching the women tottering precariously on unbelievably high heels. Good fun though, and we hung around long enough to see one of the races sweep by ... 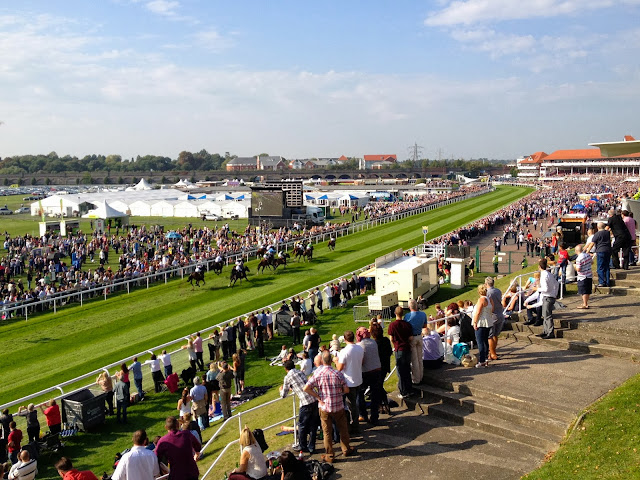 The second race of the day at 1430hrs

Age Maturity caught up with us in the early evening, and we succumbed to a little 'power nap' before getting dressed up and walking along the unlit country road to Tattenhall for a very tasty meal  in 'Thai at the Bear'. 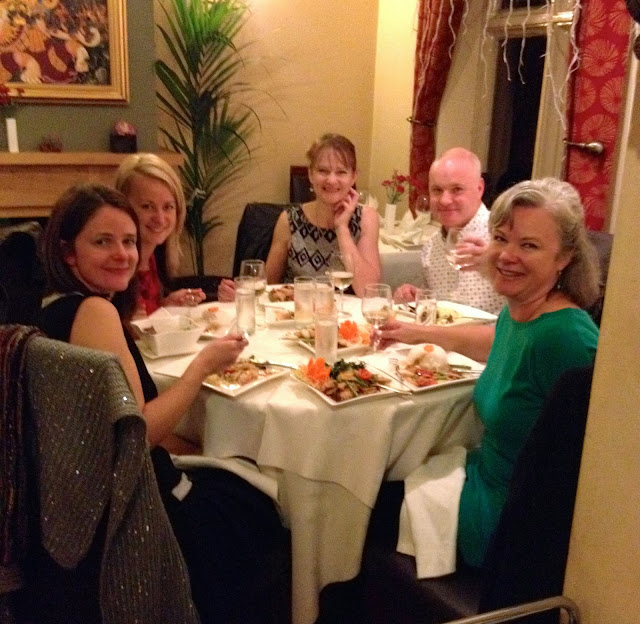 Yesterday, Sunday, we paid a visit to Beeston Castle, a few miles away from the marina. The castle itself is in ruins, but it's still magnificent. The grounds are expansive, so a great place for children to run and climb with all their excess energy. I decided to invest in joint annual membership of English Heritage so we can visit again when Barry returns, and go to Chester Castle and all sorts of places for 'free', with other attractions around UK at a good discount. Last time we had membership in 2010, we didn't get the benefit in the six months, but we'll ensure we do this time! 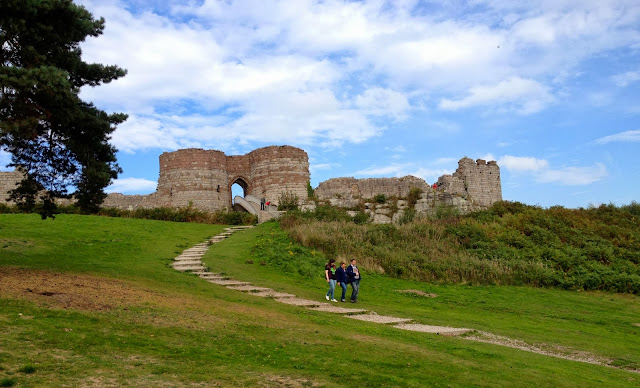 Quite a walk up to the castle itself, but spectacular 360 degree views from inside the castle walls 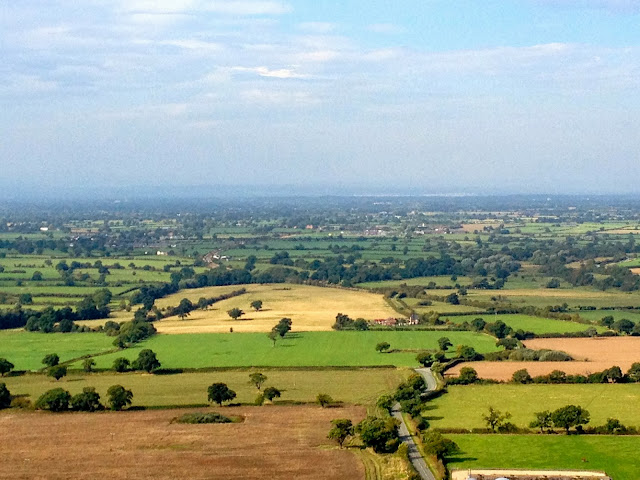 The view from the top, it's said you can see eight counties on such a clear day - Tattenhall Marina is just to the right of the centre 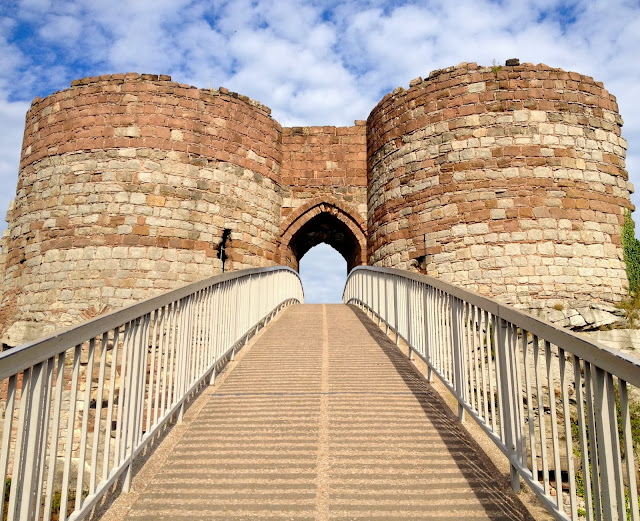 Another steep ascent to enter the castle

Finally we had a red light showing at the pump-out panel on Sunday morning - how timely to wait until after my birthday, and while Ray and Viv were on board. Ray said "How hard can it be?". That's the spirit! However, rather than rush to get there and back before our castle visit with Lisa and Kim, I chose to be a little more relaxed about it and do it in the afternoon. There was not a drop of wind in the morning, but guess what? When we returned to the marina things had changed! Apprehensively I got everything ready, tried to remember how to start the engine, unplugged the hook-up and switched to 'generator', put the steering pole on (always helpful!), took a very deep breath, untied the ropes and just went for it.

And do you know what? It wasn't hard at all! Not a problem, despite having to reverse to the pump-out point (for those of you who aren't familiar with narrowboats, there's no steering in reverse gear). There, pumped out and back to base within twenty minutes, or at least that's how it felt!

Like most things in life, it's the thoughts we build up about anything that cause them to seem frightening due to our recollection of previous events, and we expect the same (or worse!) to happen. Most of the time, if we choose to take a risk and go for it, life supports us and all goes well.

Phew!
Posted by Barry and Sandra