Have you seen my camera?

Happy May Bank Holiday weekend to everyone in UK - what happened to the promised sunshine? We're just travelling towards Burton-on-Trent, hoping there'll be someone at Stenson Boat Builders so we can pick their brains about the power on our boat (however long we cruise for with the revs at 1500rpm we still lose power very quickly, so there's something we're not doing correctly), and it's chucking it down with the wet stuff.  Then again, now the sun's shining - it's April showers in May I think.

Thank you to Elly for her email advice on the vacuum toilet - much appreciated, and great to get feedback from others too.  It's just one of those boat things that's important to get right, we'll get the hang of it soon, and it's a small price to pay for the lifestyle.  We may just have to write some instructions for visitors, just in case - could be a little embarrassing otherwise ...

This morning Barry asked me if I'd seen his camera. You won't be surprised to learn he has a habit of leaving it in random places - and it miraculously still being there when he remembers he's 'mislaid' it.  Since he bought it in 2009, he's left it on lock gates, lock sides, and in a bag in the supermarket (just in an aisle!) to name a few. I recalled he'd had it last night when we went for a walk around Weston-on-Trent, a pretty little village with some enormous and very flash houses, which in the Nicholsons Guide doesn't appear to have a pub. I'd said we could treat ourselves to one drink, so we were disappointed that our 'big night out' wasn't to be.

However, we found 'The Coopers Arms' on our walk - and it's a magnificent place, a listed building, which has won numerous awards - reporting itself to be 'One of England's very finest rural inns'. Admittedly I didn't even want to go in, it looked too posh, and I thought it would be one of those places where it's all restaurant, but Barry isn't so overawed by such places and of course there was a bar, and it was delightful. Why on earth it's not in the Waterways guide book is beyond me - though maybe they chose not to so they wouldn't get any boaters frequenting their establishment? One never knows ... 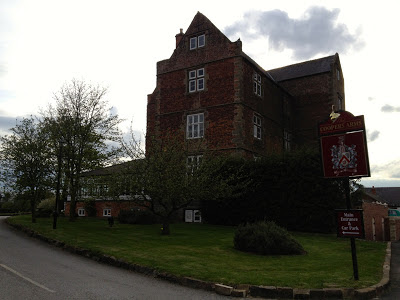 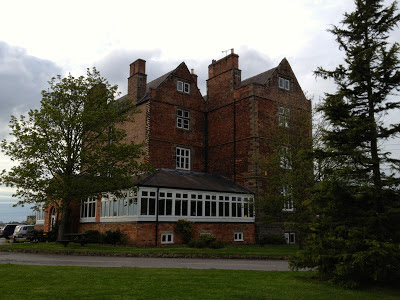 The Coopers Arms, built in 1628, and a Grade II* listed building

Anyway, back to the camera. He couldn't find it anywhere on the boat - then sheepishly came through and said he'd found it.  On the roof of the boat!! This was around 10 'o clock this morning, so people will have been walking past on the towpath, and it's been raining - he really is the luckiest person I know!

Realising how close we are to Fradley, we'll be there sometime next week and will catch up with some of my family, then head south west to Droitwich, through Birmingham, before heading back north for our boxes.
Posted by Barry and Sandra