Fun with friends and family

Mooring at Shobnall Fields, Burton-on-Trent, on Saturday, we took the opportunity to make the most of the Bank Holiday sunshine and travel by train (on a cheap day return) to Droitwich, to catch up with Helen and Andy on Wand'ring Bark at the Canal Festival there.  We'd been in touch with Andrew Denny, aka Granny Buttons, and discovered he was going there too - so we got to catch up with him as well which was lovely. 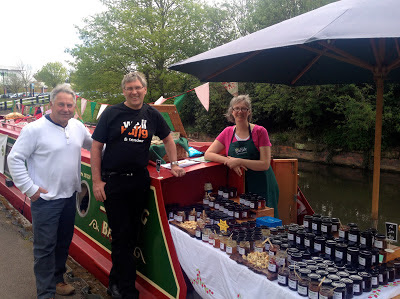 Barry, Andy and Helen with the only trade boat at Droitwich Canal Festival - such a shame, but good for them! 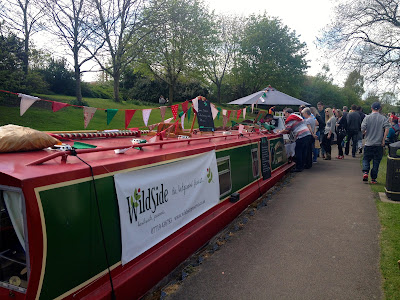 Lots of customers for Helen's delicious ''Wild Side Preserves' 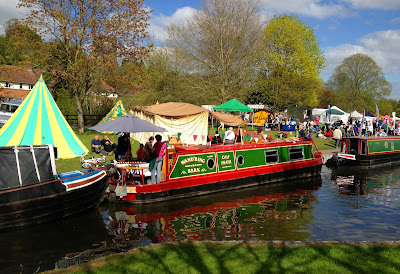 Such a beautiful sunny day - Helen working on the boat, Barry and Andy chilling on the grass with a beer! Andrew, Andy, Helen and Barry - look out for the article in Waterways World

It was a great day, interestingly good to get off the boat and back into 'the real world' for a few hours, which was enough to remind us why we've chosen the waterway lifestyle for now! Spending time with people is very special, it's just the 'busyness' of life on the roads and rails isn't how we'd like to spend our daily life.

Sadly we weren't able to catch up with my parents this time, who live not far away from the Droitwich canal.  However we're heading that way as we've not been on the newly opened canal yet - and we'll be able to see them a bit more then.

I'll be hiring a car this weekend to travel to see them too, and then heading down to my daughter's in Brighton - leaving Barry home alone for a week, though I suspect he'll find someone to keep him company along the way ...

On our journey yesterday we were fortunate to bump into Pam and Terry on NB The Rooster's Rest again, but could only stop for a brief catch up as we were travelling to Barton Turn Marina to meet up with my eldest sisters children and grandchildren who live around the Lichfield area. 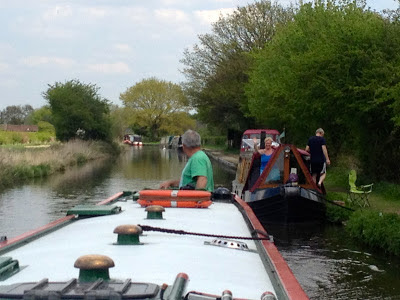 Saying farewell for now again to Pam and Terry

It was our nephew Mathew's birthday yesterday, so we invited him and his sisters and nephews and nieces to come and have a trip on board AREandARE - amazingly they were all free, the sun shone, and we had a fabulous afternoon. 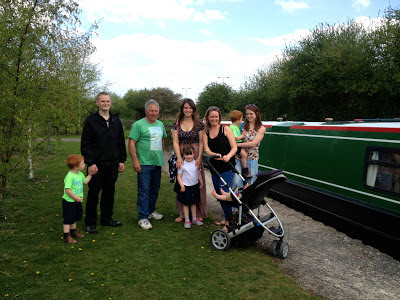 The Taylors take over!

We're now moored in Alrewas until tomorrow - such a delightful Staffordshire village, where my mum and dad lived briefly about 15 years ago in-between house moves.
Posted by Barry and Sandra at 13:38