Have we sold before we've even listed?

It certainly seems extremely likely - how fantastic! "If you believe it you can see it" is such a better thought and focus than "I'll believe it when I see it".

The story is:
Our neighbours house was for sale for a few months earlier this year, and one day I saw a young couple walking down the drive and said a cheery 'hi' to them.  We got talking and they were asking how much sunshine that property achieved, especially on the deck at the back.  I said I wasn't sure, but that ours got lots of sun as it came up over the hill and around the side of our house, then set in the late evening after enjoying its rays while chilling with a glass of sauvignon (or more likely Barry's home made strawberry merlot - delicious!).

I grasped the opportunity and told them that our house would be on the market in the spring if they were interested - they were!  So I offered to show them around our house and land, despite it being a mess and us being half way through renovating the bathroom - yikes!  It could've all gone horribly wrong, but ...

They loved it!  Hurrah!  I gave them our number to call if they were still interested in a few months.

In the meantime, he went into Barry's shop a couple of months ago and said they were still interested and left their contact details.  So we've phoned them up and they've been round again, this time with the house very tidy and the bathroom completed and they adored it even more.  So we have an independent valuer visiting tomorrow.  Their house isn't on the market yet, so they'll need to get a bridging loan from the bank and get their property on the market asap.  But the cool thing is it would mean:
So, although it's easy to think 'it can't possibly be that easy', maybe it CAN!  Why not?  Sometimes, when you're taking the right steps and making the right moves in the direction of your dreams, everything literally falls into place.

Here's a few photos of our gorgeous home ... 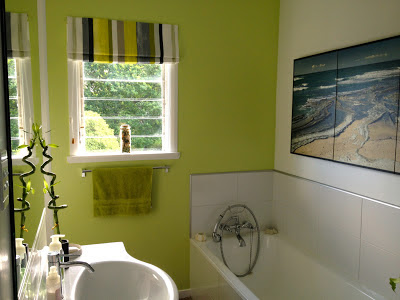 The updated bathroom - complete with brand new, only put up last night, blind 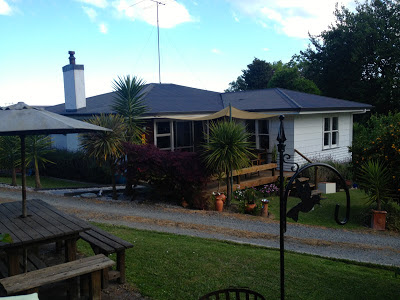 The sunny back deck - though the sun had just peeked behind the clouds! 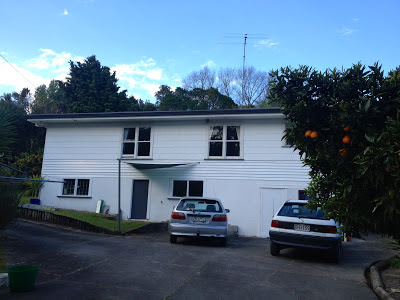 It's a split level house - here's the back, with an extra room and a huge storage space under the house - the window above the silver car is the laundry/brewery/man cave! 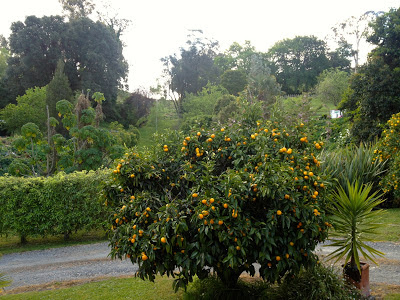 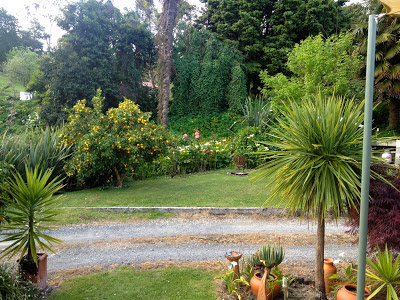 Further round on the deck ... 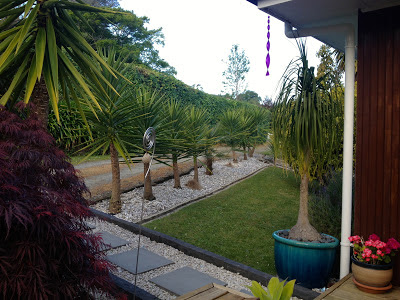 And looking up the drive - we're hidden from the road so it's lovely and private in our valley on Hillview Terrace!

Watch this space, we could be making an amazing announcement in the next few days ...