The end of our journeys aboard Northern Pride

Well, we've finally got to the last blog of the culmination of our journeys aboard Northern Pride - almost 12 months after the event!  This is in many ways a sad posting, but in others it's a positive one as we look to the future.  Of course everyone will be aware that we sold our boat in February this year to some great people who keep us in touch with what they're doing - thanks Fiona, it really is appreciated.

After catching up with my family for the weekend in The New Forest late last October, Barry returned to the boat to complete some last minute jobs.  I stayed with my parents to spend some quality time with them and keep out of his way! 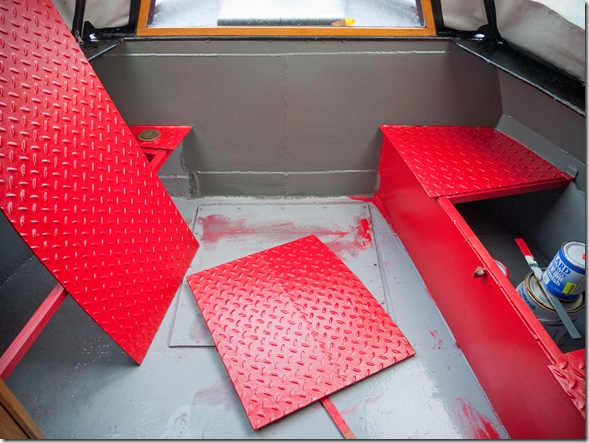 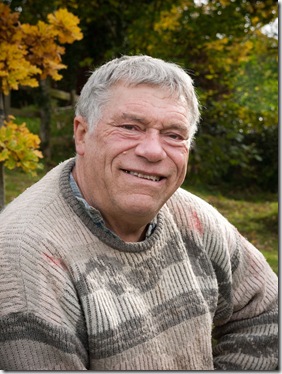 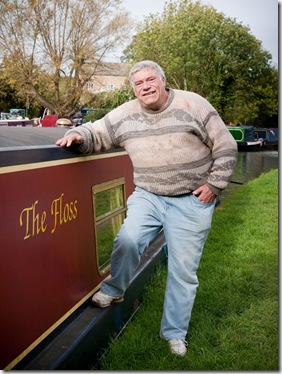 Ian - thank you for looking after Barry and helping him to drink his home brew beer!

On the Thursday I drove back to Blisworth in the hire car to collect the rest of our belongings - oh and Barry of course!  I thought I'd have to drag him kicking and screaming from his first second love, but at the end of the day he was very brave and managed not to shed a tear.  Actually, I think it may have been me who had the damp eyes, we'd had so many amazing adventures and met such beautiful people since we've been on the waterways, but we know they're indelibly etched in our memories. 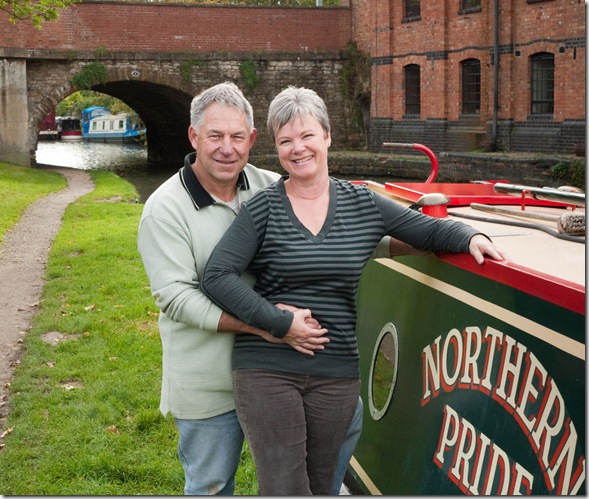 Our last photo next to our floating home 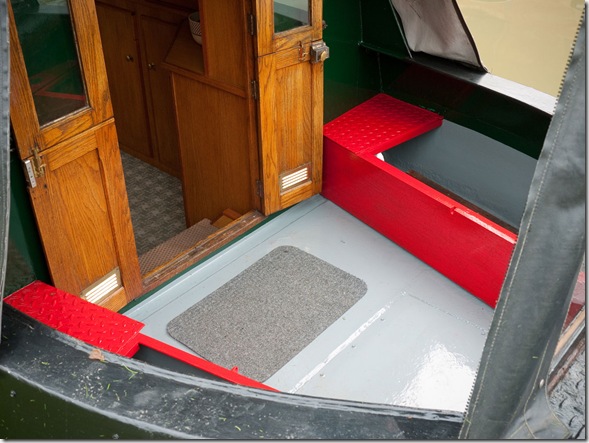 The completed paint job - the covers are drying on the roof 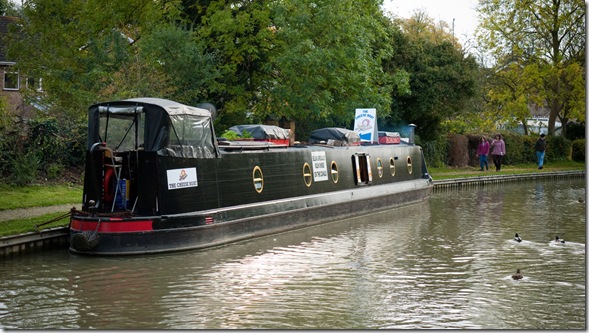 Barry passes one of the cheese boats on his way to the Marina - no time to stop today! 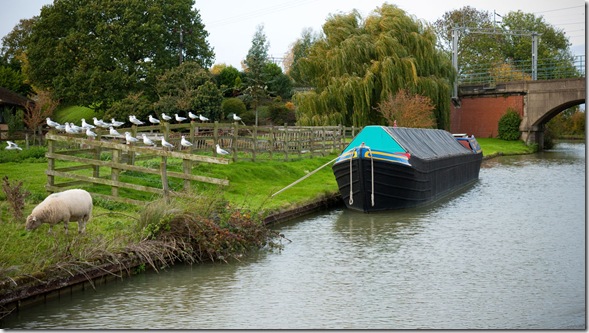 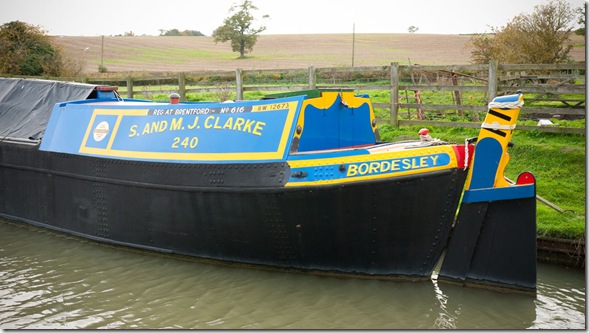 Always on the look out for photo opportunities 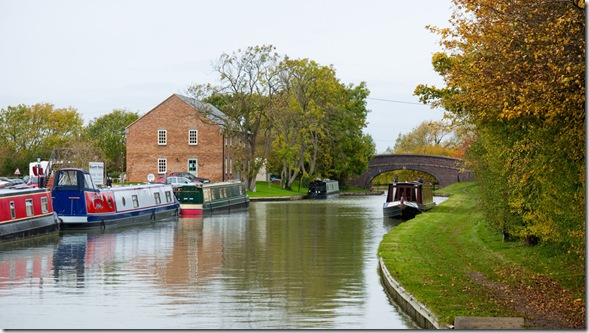 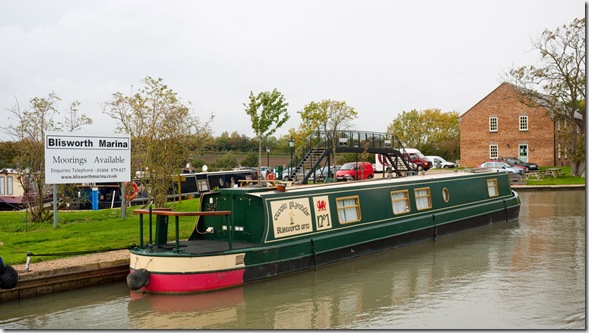 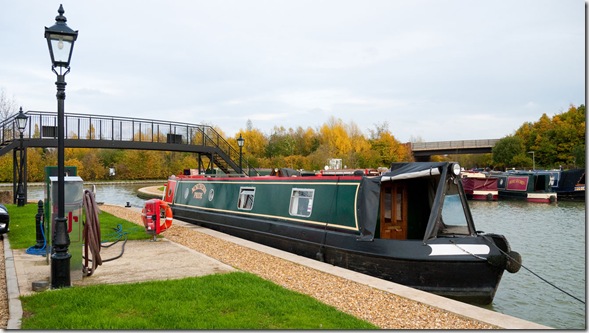 All parked up ready to say a fond farewell 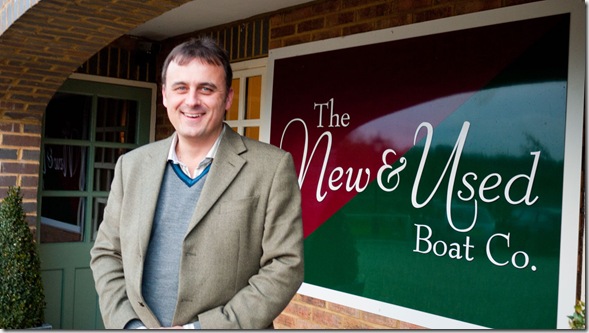 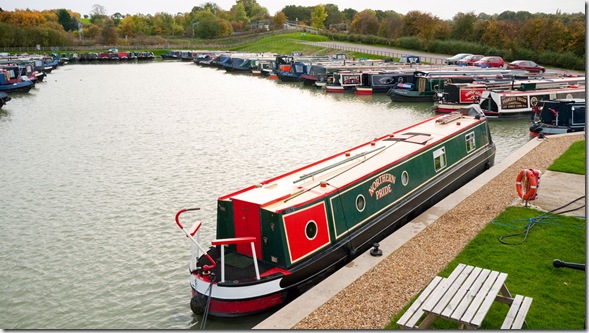 Barry's last, longing look at his pride and joy

Isn't it strange how, like many people, we'd spent much of the last few weeks getting our boat ready to sell - then someone else gets the benefits of it!  We'll be doing the same thing with our house before we put it on the market, but we're spreading it out over the next 12 months.  Maybe, when we're living somewhere day to day, we get comfortable with our home as it is, but want to present it in the best light to the new owners?  Of course we also hope to get the best possible price in order to buy the next place - another narrowboat of course!

We finally sold Northern Pride for the same amount we bought her for in 2009, less Marina costs.  We'd done some work to her over the 18 months or so that we owned her, but during that time we'd had the advantage of a floating home, and visited some fascinating places.

In the meantime, here's a map of our travels on the waterways of Britain since 2007 ... 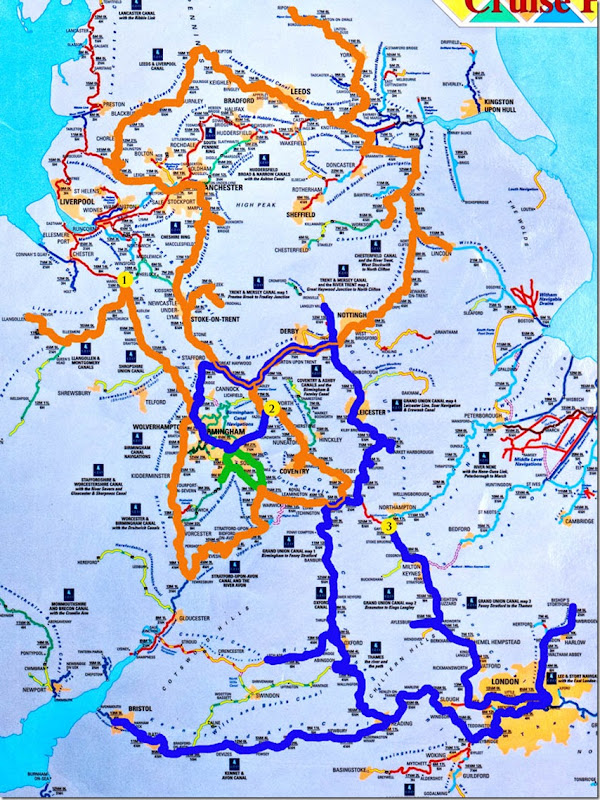 The small green trail into Birmingham was our hire boat trip in 2007 of four days (a hard, but fun, slog each day, but Barry was determined to do a 'ring' and not go up and down the same place!); the orange route is our 2009 journey with the starting point 1 near Nantwich, and our winter mooring at point 2 in Amington, near Tamworth; and the blue trail has our 2010 starting point at 2, ending at 3, Blisworth Marina, near Northampton.

Over the three years our coverage of the system was :