Whitchurch & beyond the internet 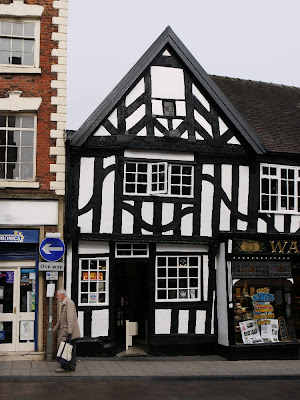 Don't think this building would pass the earthquake inspection in Gisborne 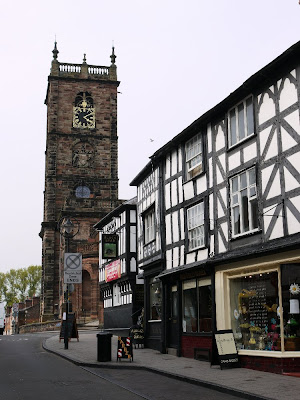 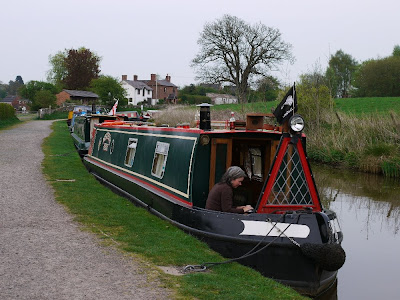 Sandra on the internet last night, the only place with coverage at the front of the boat
After a dismal start, today looks like being quite pleasant with the sun poking his head through the clouds every now and again. I walked into Whitchurch this morning in t-shirt, sweatshirt, pashmina, waterproof jacket and gloves and returned in just my t-shirt (the other things being put in my bag not tossed out along the way!). Recent purchases include an electric toaster to save gas (an expensive commodity we have discovered!) and a couple of clothes ariers for the hand washing. Life on the narrowboat is very much back to basics!
We're now setting off from Whitchurch and are unlikely to have any internet coverage for a few days.
I'll attempt to get some photo's of Barry over the next few days as he says his mum is going to be thinking I have done away with him and traded him in for a younger model!!! As if; I wouldn't swop him for the world bless him.
My lovely daughter Lisa should be joining us sometime this weekend which will be fabulous, it's so good to be close to her.
Away we go into Wales, for the next set of adventures including 2 beautiful but apparantly very scary aquaducts...