Photography by Barry - getting to know Tattenhall

Staying in one place for a while has the distinct advantage of being able to get to know the local area. You'll all be very happy to hear I've managed to get Barry to give me some of his recent photos from our explorations, which coming posts will feature.


Today it's Tattenhall's turn, our closest village. It's a thirty minute walk away from Tattenhall Marina, or a five minute, two stops, bus ride. Sadly the walk is marred by the fact that there's no footpath, so we take our lives in our hands each time we choose the exercise route (and the buses aren't terribly frequent), dodging speeding cars and trucks by jumping up on the tiny piece of turf on one side of the road. We've been told, by the barman at The Letters Inn, that a pavement is planned to be built at some stage. Maybe by next winter?

Tattenhall is quite a small place, with a population of around 2,000 people, but still manages to have three pubs and so far I've counted three hairdressers too! Apparently it also contains 27 listed buildings, designated by English Heritage. What a joy to be 'parked' nearby.

Tomorrow we'll be back at The Letters Inn to watch The All Blacks thrash England at Rugby - I'm hoping Richie will be playing, it's a while since I've seen him ... 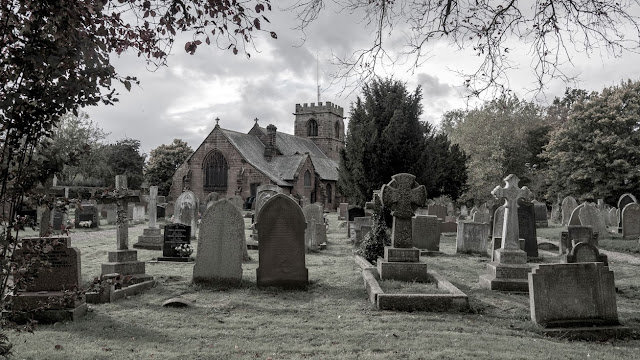 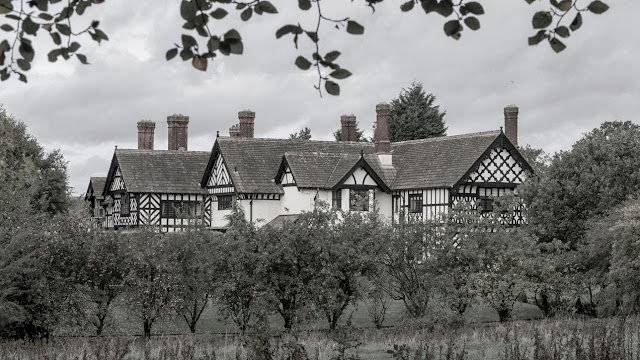 Little Morton Hall, one of the listed buildings, which can be seen from the footpath next to the church

There's also a small library at the back of the primary school which Barry and I have joined, so we can keep up a supply of reading material for the cold, dark months ahead. It's the place we can book onto the internet and print anything we need, before we invest in one for the boat.

The Barbour Institute holds all sorts of functions, film nights and classes, and yesterday I started 'Zumba Gold' classes there (dancing exercise to Latin American music - for the over 50s!). I'd contacted the instructor not long after Barry went to NZ in August, but there wasn't enough interest at that time. It meant getting up earlier than normal, and walking to Tattenhall in the rain, the day my body decided to start a cold! Fortunately two of the others in the class (of four!) were from Tattenhall Marina so I got a lift back - hurrah! 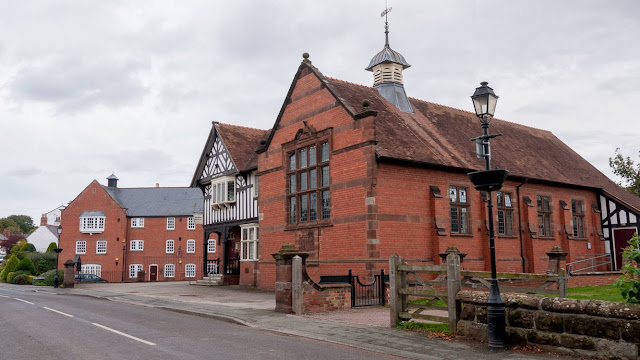 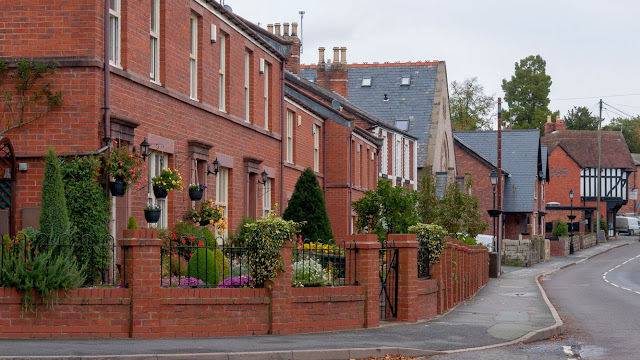 Lots of delightful  houses in Tattenhall, and still an abundance of flowers blooming in autumn

Barry's photographs in print
A few weeks ago we were contacted by Waterways World seeking photographs of retired couples living aboard narrowboats, for an article they were publishing. Barry looked in his files and found some lovely shots. The piece is in the December issue, though we haven't had a chance to see it yet, so keep a look out for them! There may be a few familiar faces ...