This evening, Saturday 10th August, we're moored just a few metres from the entrance to Tattenhall Marina in Cheshire, ready to enter tomorrow and get everything sorted ready for Barry's departure from these shores on Tuesday night.


On Wednesday we had a most pleasant evening in Barbridge with Tom and Jan from Waiouru, swapping UK visa tales and frustrations. Tom's application has been sent off for his 'Indefinite Leave to Remain', so fingers crossed he's successful.  We've yet to pass even the first hurdle, though hopefully have everything in place now - apart from the six months of Barclays Bank statements showing the required funds in place, which should be at my parents house when we arrive on Monday. 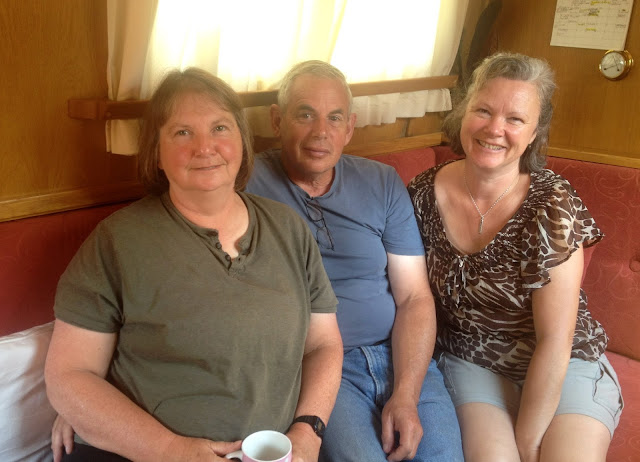 Jan, Tom and Sandra aboard AreandAre

Tom and Jan were travelling some of the Shropshire Union canal towards Chester on Thursday, and we timed it perfectly to share a few locks with them. It still amazes me how the majority of men do the driving (and whilst stationary fit in a lot of chatting!), while the women work the locks. I don't personally have a problem driving, but I do enjoy getting the exercise of the locks so tend to do that more. 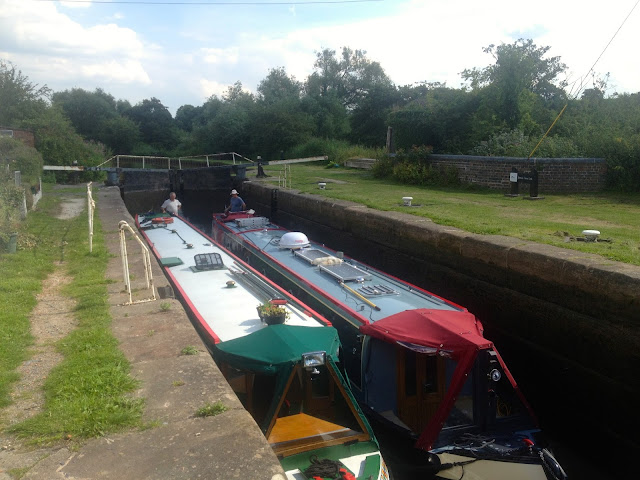 Barry and Tom gossiping working hard in the lock

Approaching Chester on Friday I took a turn driving, and Barry did the locks. Sitting watching at one of the double locks was a middle-aged male, who applauded as I 'expertly' drove the boat in through one of the two gates (he appeared incredulous that a woman could do so!). It then it seemed to take an inordinately long time to empty the lock. They're quite slow filling and emptying along here, so I didn't think too much about it - until I saw a sheepish Barry walking swiftly back to the top gates - he'd left the paddles open which amused me greatly! He needs more practice methinks ...

We spent a couple of days exploring Chester - but really only touched the surface of what will be our 'local' town until spring 2014. What a marvellous place. A historic and fascinating city, with scintillating stories of Roman invasions and conquests, which we'll savour getting to know better. 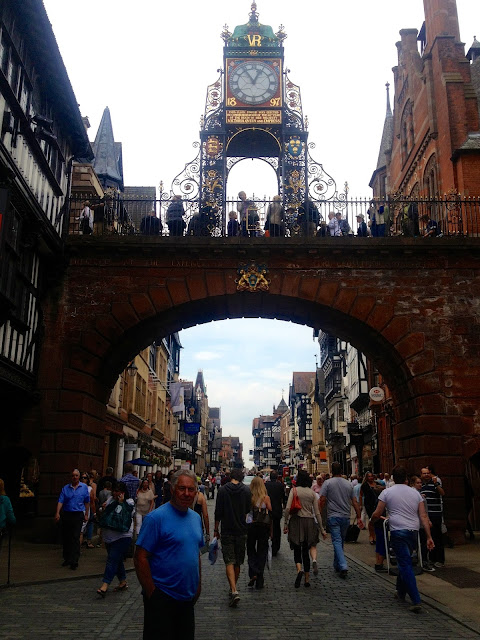 Eastgate Clock, built to celebrate Queen Victoria's Diamond Jubilee, unveiled in 1899 - the second most photographed timepiece in the UK after Big Ben

Yesterday we walked the still intact city walls - with the benefit of an 'App' on my iPhone called 'Chester Walls Quest'. At strategic points along the way you get a commentary/video detailing some of the events that occurred there, and lots of written information too. Then you get a 'Quest Challenge' to answer, and points are allocated. Great fun, and it certainly livened up and boosted immeasurably the history lesson! We ended up number 45 out of I don't know how many fellow contestants who'd gone before us. Below are a couple pictures along the way (sorry, none of Barry's as not yet edited ...). One of these was uploaded along the route into the Quest - Barry's impression of a fearsome fighter in the Amphitheatre ... 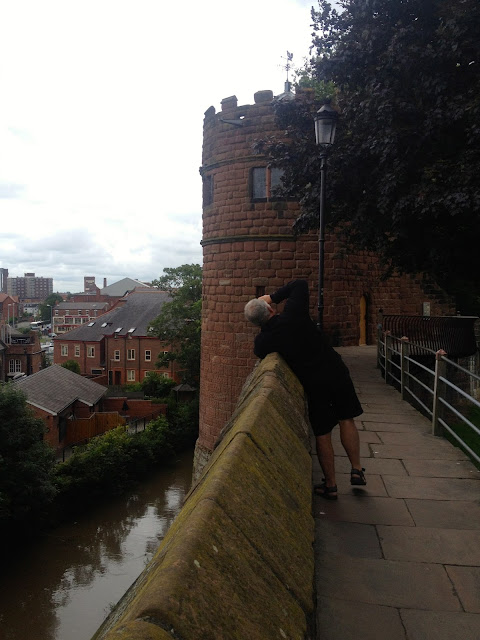 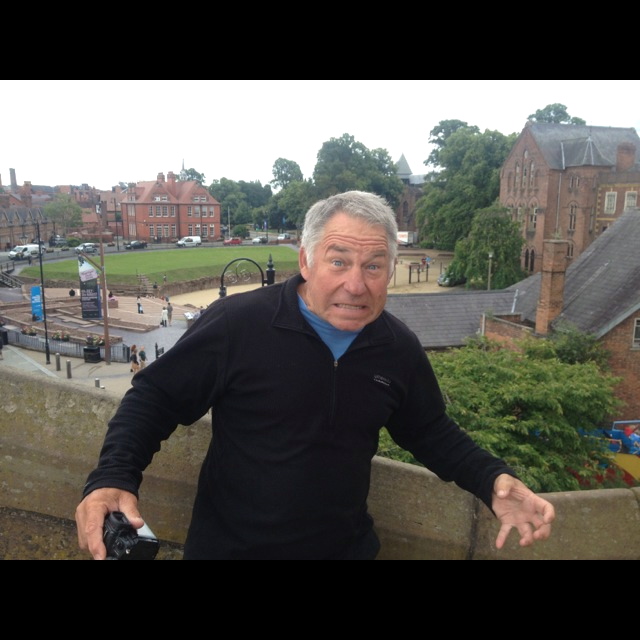 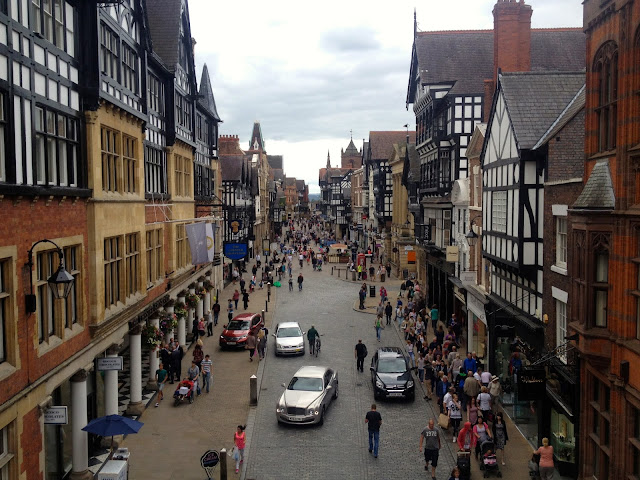 Whilst in the city, I took the opportunity to contact someone living there I used to work with at The Royal Free in London. I hadn't seen Elaine since 2003 - and it was as if the last decade didn't exist when we got together. Elaine and John very generously took us for a delicious meal in the Artichoke Bar and Grill in Chester's 'Canal Quarter' - such a treat thank you both! 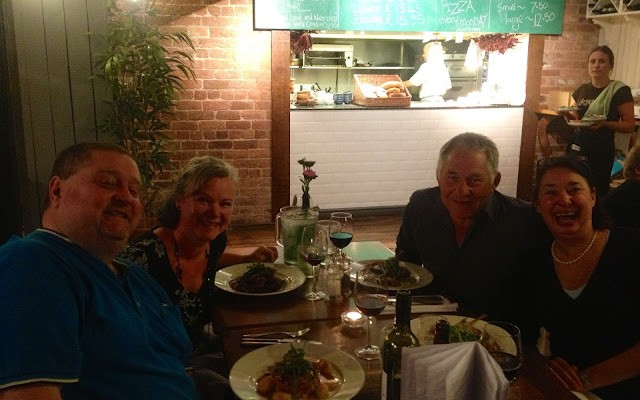 We discovered they've enjoyed many canal holidays over the years, and even at one time had a share in a narrowboat.  So it's very likely they'll join us next year at some stage - possibly to do the Rochdale or Huddersfield Narrow, as Barry and I would love to do those and they're on their list too! 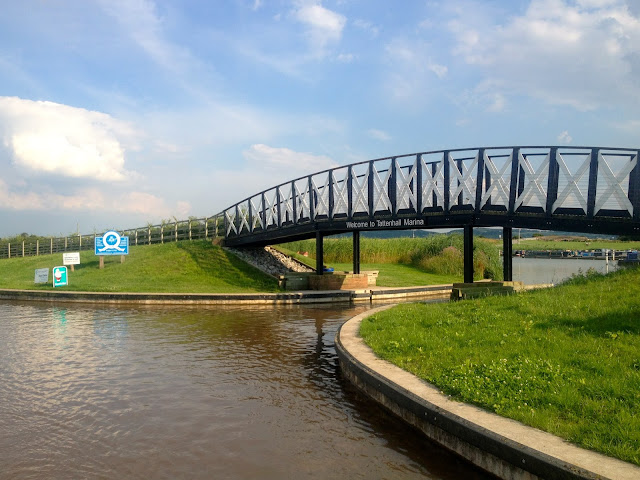 So this is our last night 'on the cut' for a while - I'm going to spend it with Barry now - see you all again soon! And do drop me an email if you're going to be passing by over the coming six months, it'd be lovely to see you.

I'll keep you updated as to Barry's progress and the happenings on the boat as and when ...
Posted by Barry and Sandra at 20:48