Breaking through the barriers, catching up on photos and carrying on up the Caldon ...

“WHEN you are old and grey and full of sleep,
And nodding by the fire, take down this book,


And slowly read, and dream of the soft look


Your eyes had once, and of their shadows deep.”
W.B.Yeats
Breaking through the barriers
I find myself currently torn between gratitude my father is still alive, and sadness he's changed, and continues to, so much from the man I've known all my life. My mother is understandably finding it even more challenging, and wants back the man she married to look after her - rather than the other way around!  However, he's thankfully still there much of the time, with a cheeky sparkle in his eye and a wicked grin, even though he mistakenly introduced me as 'Sheila' to someone in their local pub.  Now that's a first!  He's often confused his four daughters names over the years, but I have no idea where Sheila came from.

Anyway, I digress. I had a very successful stay last weekend, culminating (I hope!) in succeeding to discover and start the wheels in motion for an array of possibilities to support them both. I was impressed by the General Practitioner and his patient, caring nature, along with the suggestions for assistance he made.  I'd written down a summary of concerns I have for my parents, especially my dad, and gave it to the receptionist prior to us going in to give to the GP - I didn't want to embarrass my father any more than he already would've been. I wanted the GP to have as much information as possible in the short appointment time, to help them the most. 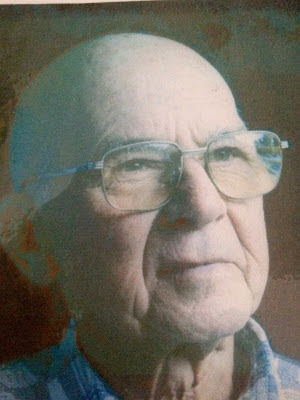 Before the appointment I discovered that my mum can register as his 'carer', and be supported in various ways due to this recognition - so we did!  I believe now my dad can now apply for 'Attendance Allowance', and my mum for some form of 'Carer's Allowance' depending upon what she already gets, which will help with all sorts of necessary expenses.

The diversity of opportunities and support packages I'm finding for people over 50 (I know, how can that be seen as old?!) through the GP, local council and Age UK are immense and most impressive. I'm slowly reading my way through Age UK's exhaustive list of publications to ensure everything possible is in place. I'm thankful Barry and I chose to return to UK at this time to enable me to share the support of my parents with my three sisters.

Catching up on photos
I promised on a previous blog I'd show the photo of the photo (!) that Barry and Gav were taking a couple of weeks ago. I've also managed to persuade Barry to edit some more shots of our time in Kinver with Jenny, and the 24 hours with Gav and Helen. So here they are ... 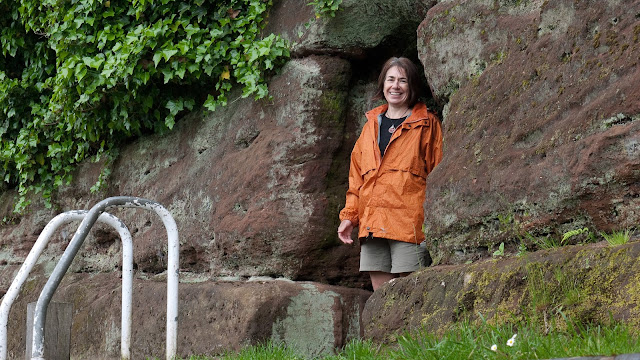 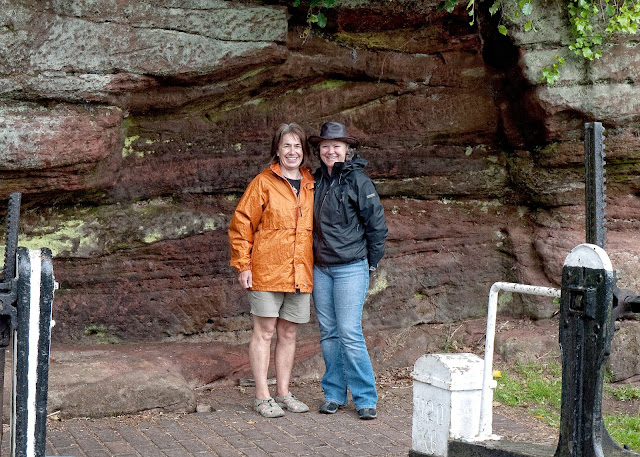 Jenny and I, on her final day's locking, at the cave by the side of a lock on the approach to Kinver 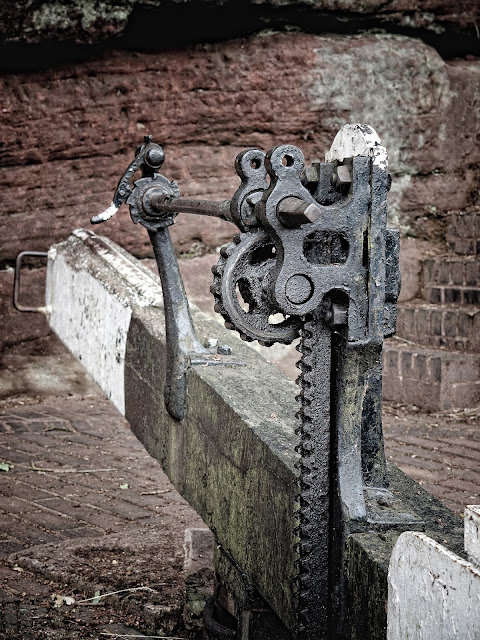 Barry can make even an old lock paddle look stunning

Barry and Jenny visited the Kinver Rock Houses while I was Life Coaching with a client via Skype on the boat.  Sadly the houses weren't open that day, but they still managed to be mesmerised by a look around the outside ... 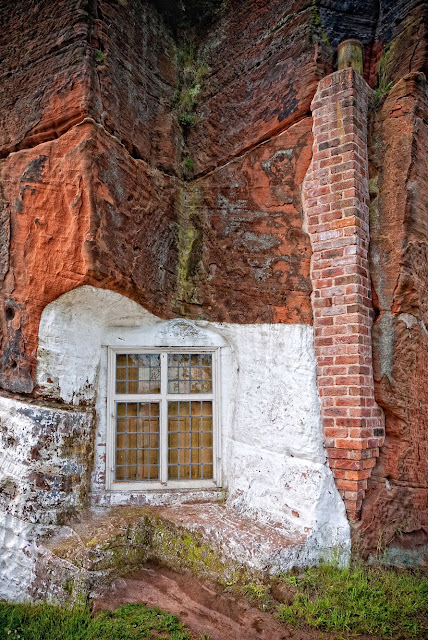 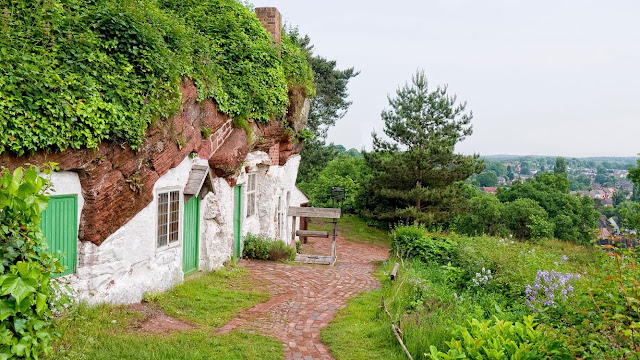 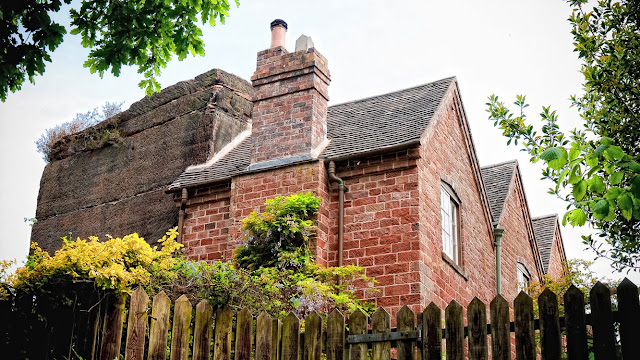 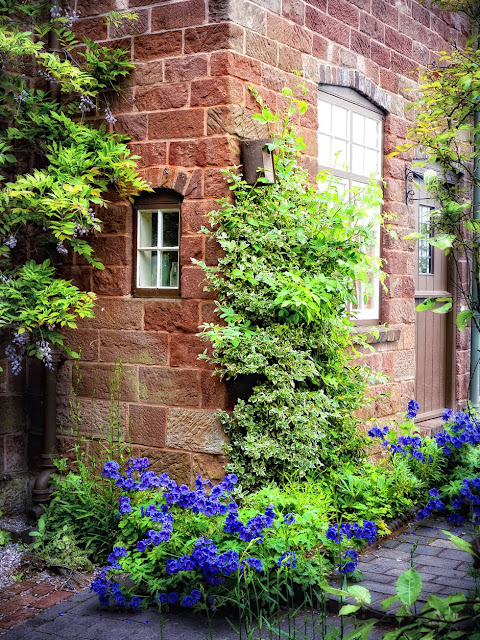 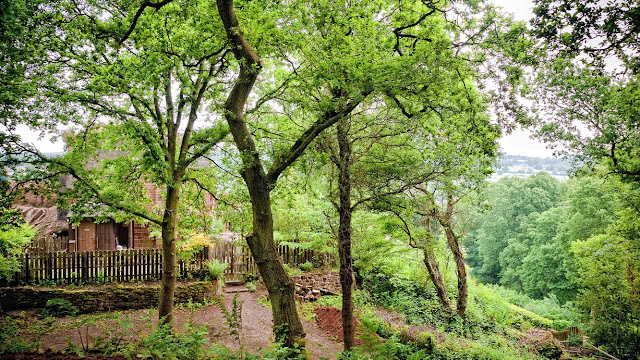 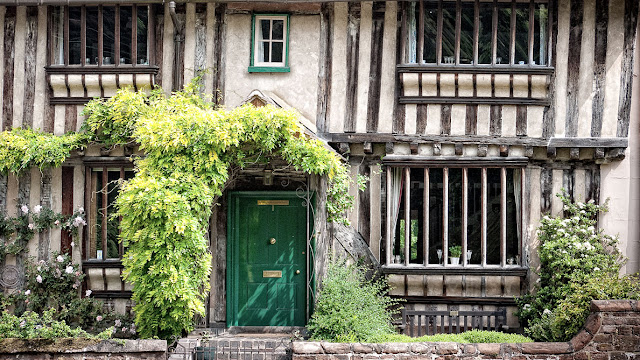 And a beautiful black and white building in Kinver village 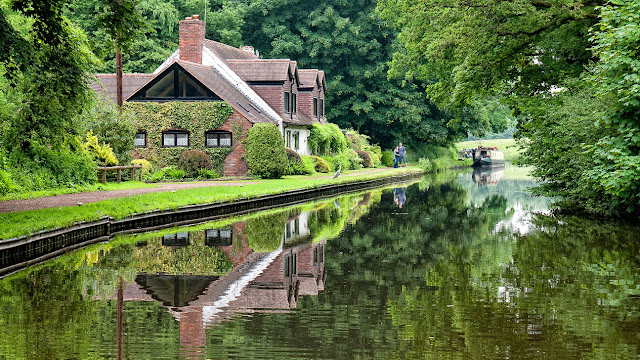 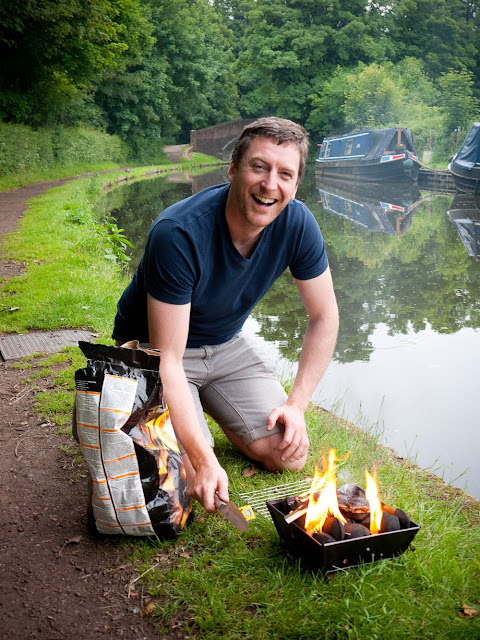 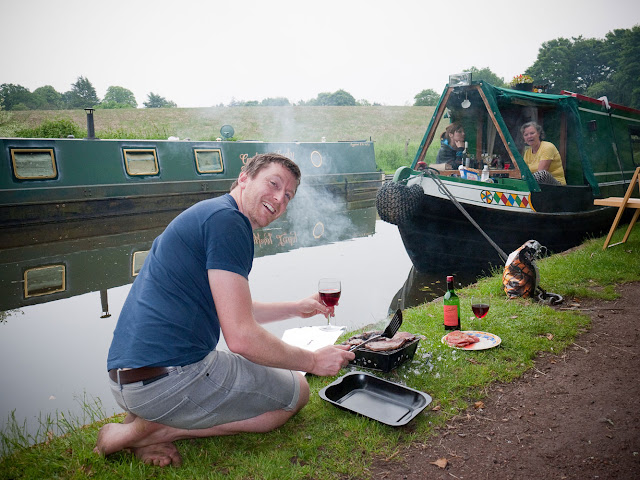 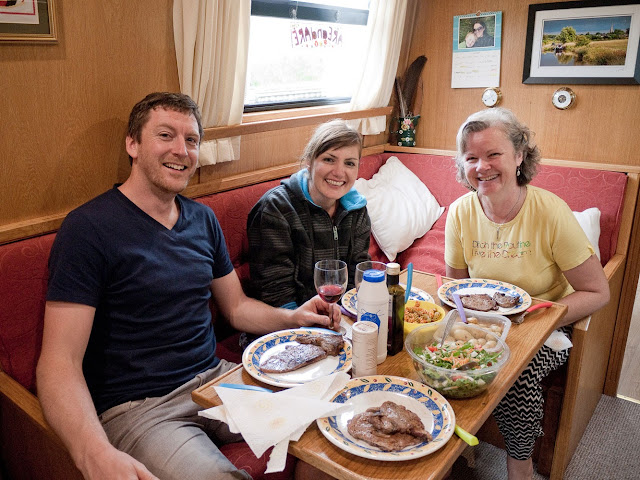 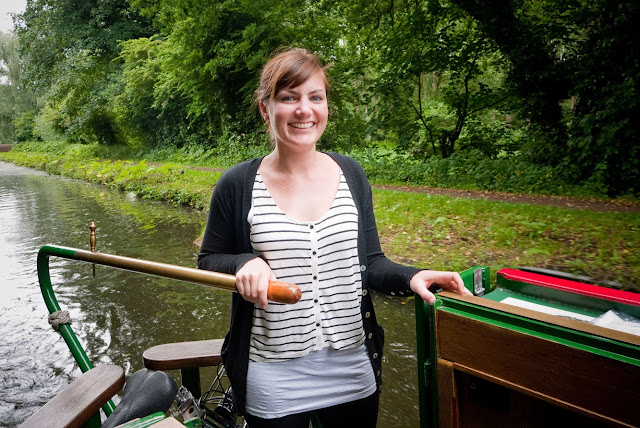 Helen takes a turn to steer 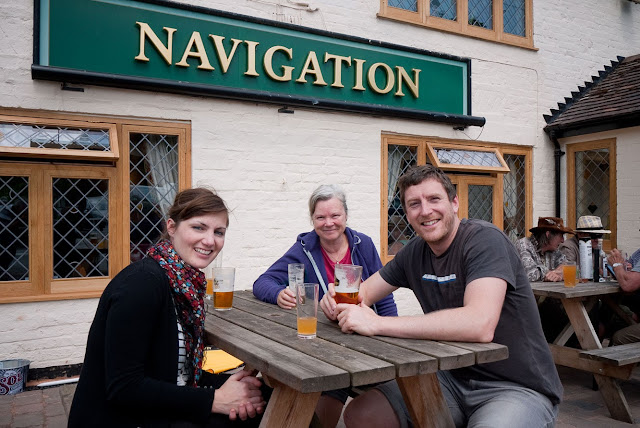 A last drink before they leave for their holiday frantic but fabulous tour visiting family and friends!

Carrying on up the Caldon
So now it's back to AreandAre and the past week.  I returned by train Tuesday afternoon to Stafford, where Barry met me at the station.  It's a long walk to the canal from the railway there, and we diverted to B & Q to buy some MDF to subdivide the cupboard under the bed - just before the heavens opened!  So we were soaked through by the time we finally got to the boat, using a scarf I'd been wearing to cover it.

We also visited a lovely, thatched roof, fruit and veg shop so I could stock up and cure Barry of the scurvy he'd supposedly 'caught' since I'd been away.  Black pudding and beans I think was part of his staple diet - the salad I'd left remained intact, no surprise there.  What is it about most men that they avoid fruit and veg at all costs unless it's put in front of them?

Since then we've moved through Stone (what a delightful place that is), which was tremendously busy and lacking in moorings, and up to Stoke-on-Trent turning right onto the Caldon Canal.

Barry's taken quite a few photos since Kinver - but they'll be on a future blog!

The first of our pre-booked July visitors join us tomorrow.  Two of my sisters and an almost brother-in-law will join us in the evening, at The Holly Bush.  It'll take them about one and a half hours to drive up from Lichfield, whereas it'll have taken us about twelve to travel a similar distance.  Don't you just love the slow pace of life on the waterways? We most certainly do.

Kath will come for a tootle with us up and down the three-mile Leek Branch, and enjoy a well-deserved chillax (I know, it's a made up word), before returning to the pub and her car to drive back for work on Tuesday.  Viv and Ray will stay until Wednesday. We'll travel along the canal to Froghall, with a pit-stop at The Black Lion at Consall Forge.  Ray's birthday is on Tuesday - and I suspect there'll be a celebration with a few drinks on board.  Last time Ray was with us in 2010 ( see here and here to read the gory details), he went a little overboard with the home brew and a 'lock-in' at The Great Western Arms, Aynho, that he retired fully clothed, never moving position all night, despite his phone and wallet being in his pocket.  We don't have nearly as much 'home brew' on the boat this time, so I'm hopeful there won't be a repeat performance!  We shall see ...
Posted by Barry and Sandra at 22:00