You’re never too old to diversify – the three faces of Barry, looking outside the box - lessons in putting it out there!

For anyone reading wondering what one earth this blog has to do with the waterways of Britain, let me explain.  Barry, my husband, and I, bought Northern Pride, a 45 foot narrowboat in April 2009 and spent the next six months travelling almost 1,000 miles around the canals and rivers of England and Wales.  We returned to New Zealand, as Barry is only ‘allowed’ to stay in UK for a maximum of six months, until May 2010 when we returned to complete another five month journey.  In February this year, we sold our beloved boat to some beautiful people who keep us in touch with what is happening with her, and we’re back in New Zealand, Barry’s home country and my adopted country, while we plan our return to UK by February 2013 to buy another narrowboat and live aboard ‘indefinitely’.  So, in the meantime, we’re continuing with the blog to keep us inspired and focussed on our vision …

In April 2007, a year after Barry and I got together, I dragged him back to England to meet my family.  His proviso was that he would come, and leave his successful photography business and not earn any money for 4 weeks, so long as we could ‘do a canal trip’.  So we had four days and nights aboard a hire boat with my parents and my youngest daughter Kim, and did the Birmingham ring.  Barry was hooked!  When we returned to New Zealand he dreamed of returning, buying a boat, and living aboard.  It took us another two years to get there, but by September 2008, I had sold my house and moved in with Barry, he had sold his house and then sold his business – a professional photographer of 35 years with a very high profile in his local town of Gisborne.

Since that time, Barry has had a few short term contracts in between our trips to UK, but realistically found it an enormous challenge to get a ‘real’ job, despite sending in numerous CV’s, application forms and covering letters.  Feeling that maybe employers were looking at the fact that he’d only really worked as a photographer and not seeing his transferrable skills, as well as possibly believing that at 55 he must be ‘past it’, he was becoming despondent.

But Barry isn’t one to let things get to him, and November 2011 has seen a complete change of his life!  From having no job, he’s had three!  From having much of the past three years off, he’s spent the past month with hardly a day not working. 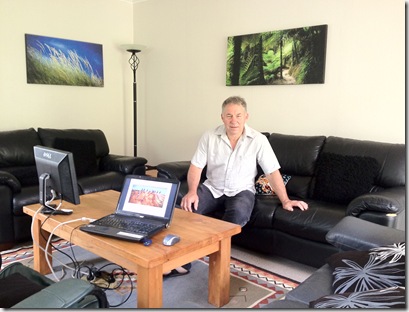 Firstly there’s been his photography workshops which we mentioned in a previous blog.  The September dates were a non-starter, probably because it was such short notice, but suddenly a few weeks ago he had people wanting to book and was full for November with bookings now in place for the February workshops too! 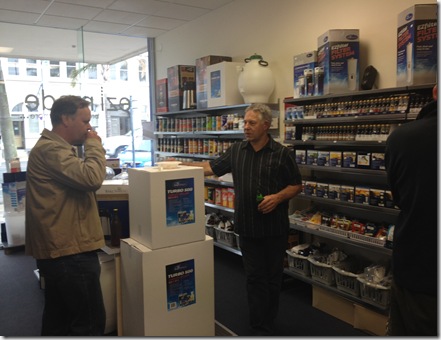 Then of course, he opened his homebrew shop 'ezimade', on Thursday 17 November and has been like a pig in s—t ever since!  Business has been amazing, with huge interest from local people.  He’s open six days a week, 1000hrs to 1800hrs Monday to Friday and 1000hrs to 1600hrs on a Saturday.  So from having him at home for seven days a week I now hardly see him - we’re like ships narrowboats that pass in the night! 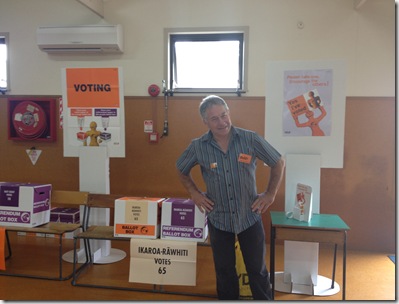 Then yesterday, Saturday 26th November, Barry was the manager at one of the local polling stations working from 0800hrs to 2200hrs!  He’d applied for a job with the elections some time ago, and without even asking had been appointed as a manager.  Not that he craved such notoriety, we suspect anyone who knew anything about the elections would have declined – experience is a great thing in retrospect isn’t it?!  A 16 hour day for a pittance – ah well, that’s life.

So the message is that however low you may feel, and even if you think that you’re ‘too old’ to do what you want to do, it’s like anything in life - “What you give energy to grows and expands’ - so put it out there, whatever ‘it’ may be for you, and rest assured it’ll be given to you.