An eventful Monday in Milton Keynes - sorting and grinding with a couple of surprises thrown in!

We're experiencing a delightfully balmy winter in Gisborne at the moment, and it's certainly assisting me in coping with the season I've been dreading having successfully avoided it for four years!  So much so that I believe many of our daytime temperatures recently, of around 20ºC, have been higher than those in the UK in their summer.  I hope it picks up again for everyone there soon.

Today was clear and dry, and we were on schedule distance-wise, so we took the opportunity to remain in one place.  Barry busied himself grinding the foredeck ready to paint, while I began the tedious task of sorting all of our collected 'stuff' out - we'd amassed so much it's untrue!  The piles consisted of what to take back to NZ, items to take to my parents to store, anything we wouldn't use again to recycle at charity shops with remaining items being disposed of. Very picturesque with the yellow leaves

Barry must've been using his power-tool rather vigorously, as at one point the shaft of his grinder snapped off and broke, having lasted us since 2009.  Not the best timing!  So off he set on the bike to find the nearest B & Q (or equivalent) which he'd been told was on the other side of town, to find a replacement.

Barry reported back that Milton Keynes was an 'interesting' place.  He'd taken a wrong direction and ended up cycling along some very busy roads trying to get back on course, but did eventually find what he was searching for whilst having a good deal of unplanned exercise along the way. 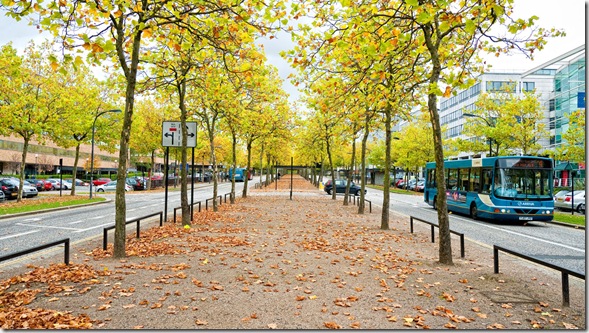 'Midsummer Boulevard' is a wide dual carriageway/main street of Milton Keynes, with parking bays either side next to shops and offices, and a walk/cycleway through the centre 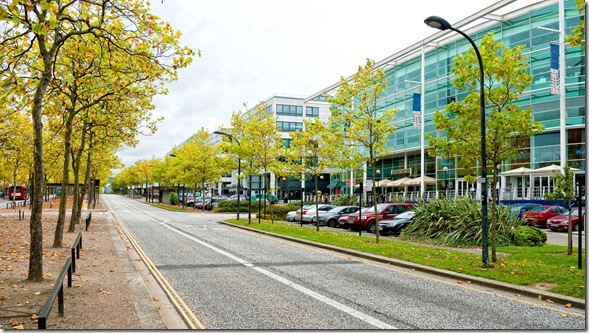 It's like a conglomeration of the modern parts of every city in one - no 'historic' buildings here! 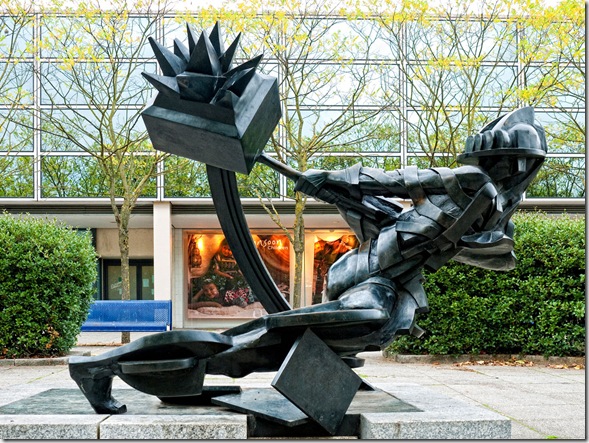 Some strange sculptures at various sites along the street The tree-lined towpath, with the canal camouflaged to the right

Late in the afternoon we set off to the nearest water point, about two miles away, to fill up.  With most of the packing and sorting completed, all that was left was removing it from the boat and getting it to its next destinations.  Barry got a lot of work done once he'd replaced the grinder, so we were on track for our last couple of weeks on board.

At around 2200hrs we had a phone call from a number I didn't recognise, and were surprised to discover it was Sue, a woman I went to school with from the ages of five to eleven and who I've caught up with every now and again over the decades since then.  She and her husband Dave live not far from Milton Keynes, so they suggested we meet up somewhere tomorrow night for a drink - but of course, what an unexpected pleasure!