A Thai lunch at Cow Roast

The good news is that Barry's mum's ultrasound examination didn't identify any previously suggested abnormalities requiring surgery, the bad news of course was that they'd had to travel all the way to the other side of the North Island to confirm that!  The wonders of modern technology, it does make me very suspicious of any potential diagnoses in the future ... 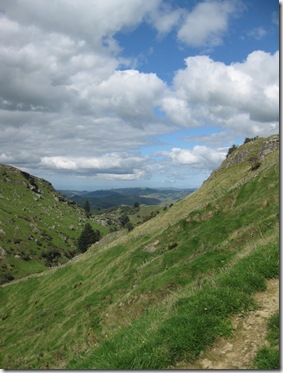 Meanwhile, I had a wonderful weekend at the Haurata, though the weather wasn't too kind to us drizzling non-stop Saturday and Sunday, though thankfully Friday was mostly fine.

We could see why the rugged terrain was where Te Kooti Rikirangi, a much feared Maori in the late 19th century, hid from Colonial troops for four years following some of the bloodiest massacres in the Land Wars of New Zealand.

It was certainly very hilly country, hence it was disappointing to be so overcast for the weekend, significantly reducing our views apart from on the Friday.

Looking over the hills towards Gisborne in the distance 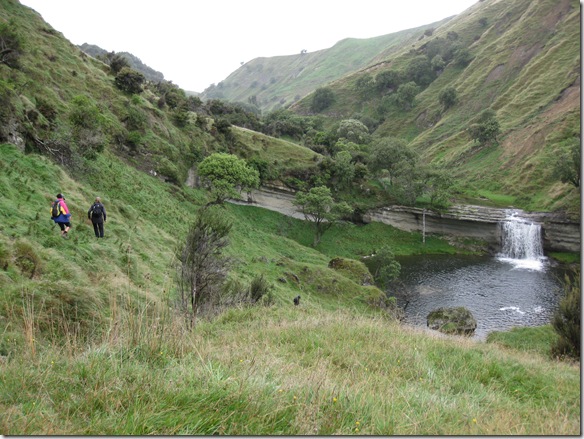 A detour on a rainy Saturday to one of the many waterfalls along the 'Green Walk' - the more adventurous can climb a wooden 'ladder' to the top of the waterfall (I declined!)

Meanwhile, we've around two weeks left of the 2010 blog to publish ...

We had six locks to work to get to our lunchtime destination of Cowroast today. Elly and Mick from Australia were meeting us there, or somewhere along the journey, depending on timings.  They were holidaying in England and checking out the canals and a few boats, as they're planning on buying a narrowboat and living on it for a year or so in the not too distant future. 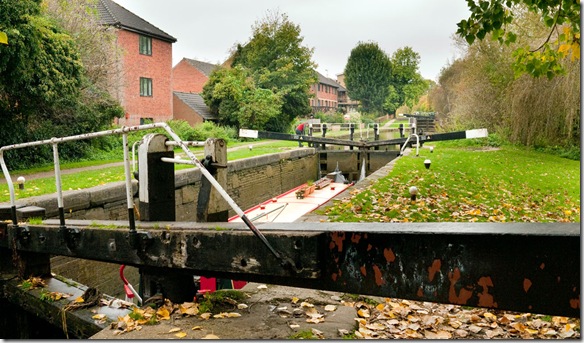 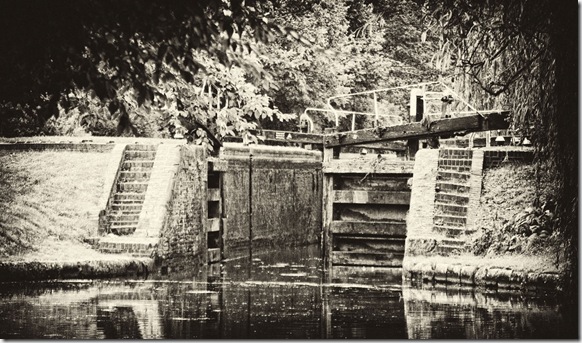 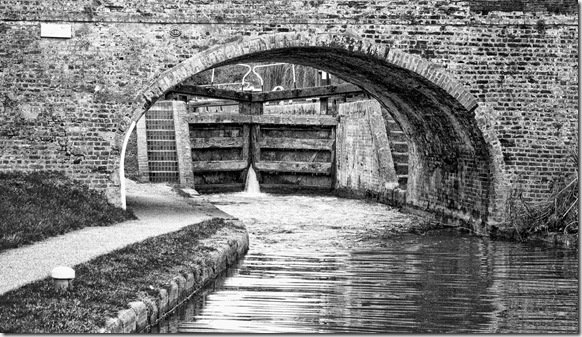 Looking through Bridge 139 towards Northchurch Lock 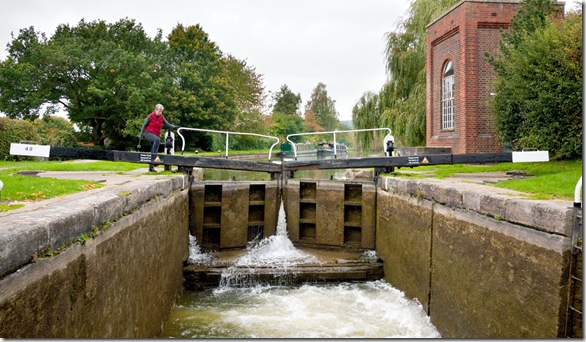 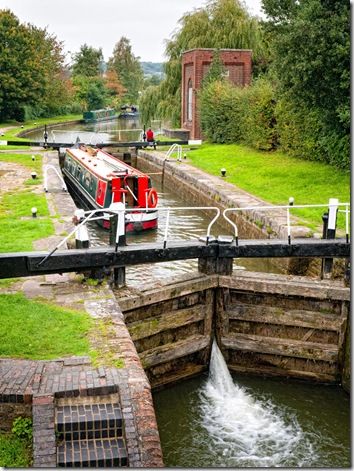 Prior to the pump house's development, there were often queues of boats in summer at the 3-mile summit level of Cowroast, waiting for an adequate water supply before they could continue their descent.

It's hard to imagine that every time a boat crosses the summit level it draws off 200,000 gallons of water - amazing!

Nowadays water is drawn from a deep bore hole in the surrounding chalk beds, deep within the Chiltern Hills, and pumped up to Cowroast Lock and the summit of the Grand Union Canal. 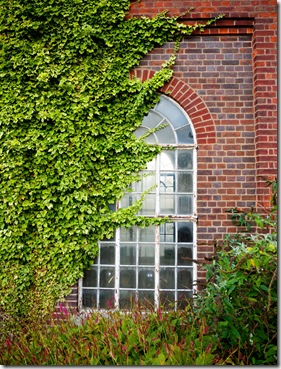 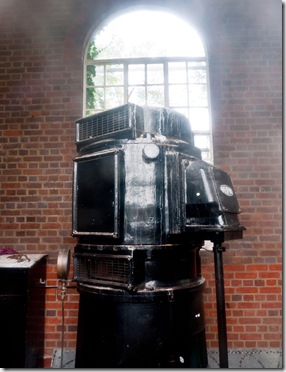 Looking through the window of the pump house

Just as we left Northchurch Lock, we spotted Elly and Mick walking along the towpath towards us and welcomed them on board.  Mick helped me with the locks, while Barry and Elly remained on board, and we all chatted about their future plans and our experiences.  It turned out that we'd all been on narrowboat holidays in April 2007 which had subsequently led to our fascination with the canals! 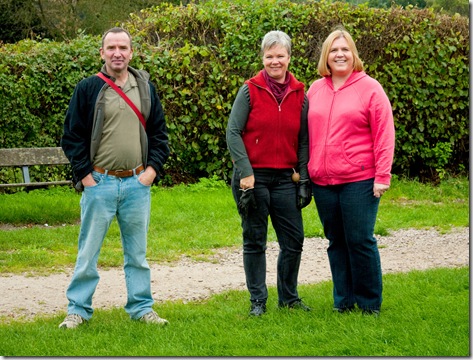 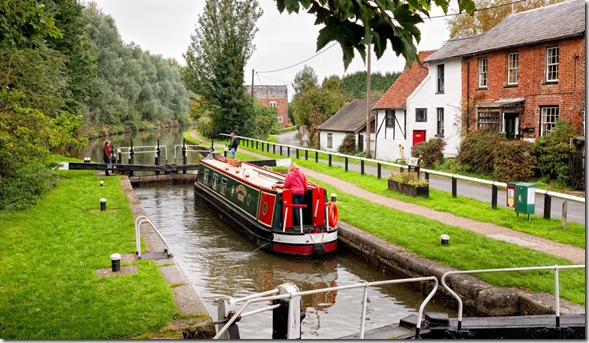 It's good to have a helping hand 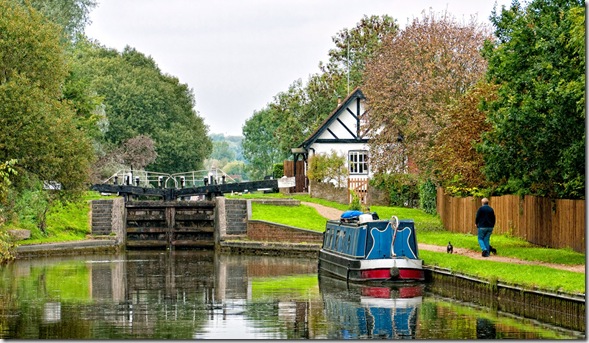 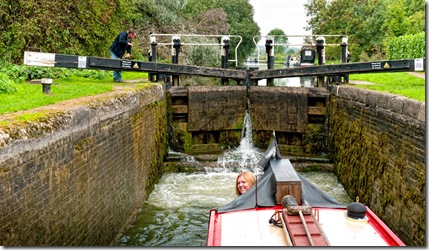 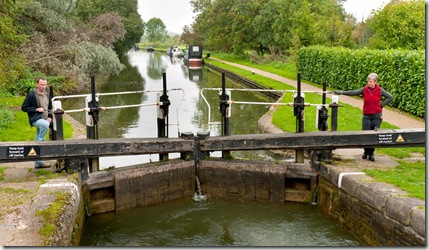 We moored up just above Cowroast Lock, though it was a struggle to find a spot with many boats seemingly settling in for the winter.  We'd had an email from a lovely man called Mike who had a permanent mooring there and said we could moor alongside him if we needed to, so we did have a back-up plan. 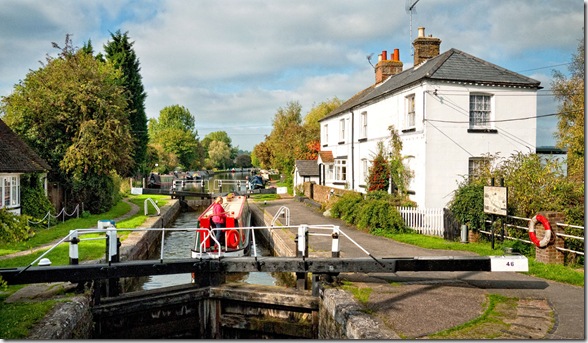 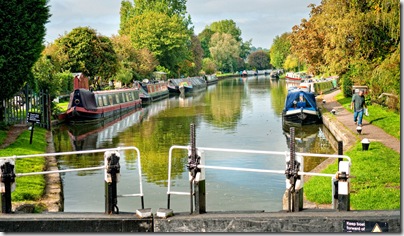 Not much room to moor up We crossed the canal to 'The Cow Roast' pub, a very cosy establishment disguised as an English Country pub but with the now all too common twist of a Thai restaurant!  So it was noodles or rice for lunch rather than good old steak and kidney pie and chips. 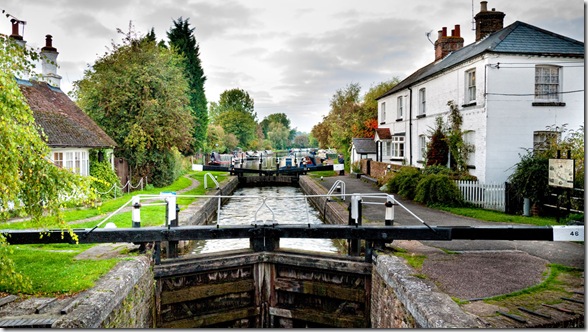 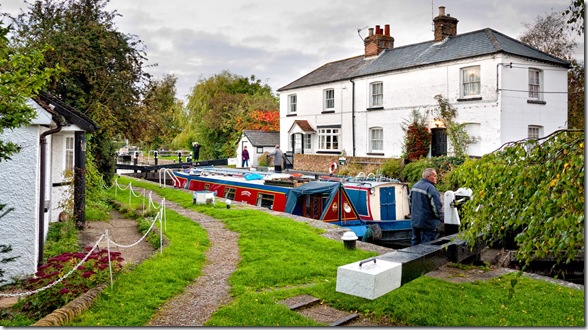 After lunch we went back to the boat for a cup of tea and a muffin, then our new found friends were off to continue their busy itinerary, this time to look at a show home.

We decided to stay put, with the nights drawing in there wouldn't be much more travelling time and we were in no rush.  Sadly, as well as getting darker earlier, it was also getting cooler and we didn't discover until too late that our diesel was low again so we had no heating!