Leaving London and putting Northern Pride up for sale

All's good here in Gisborne.  Barry's mum seems to be on the mend, and the sun is shining after a few days of heavy rain.

We've had a couple of offers on Northern Pride since we left in November, but as yet we haven't had one that reflects her value and we're willing to accept, hoping that over the next couple of months with the new season on its way that offer will arrive!

After an incredible ten hours of sleep, we finally left our precious mooring at Paddington Basin after a stay of eight nights (whoops, one more than 'allowed', but nowhere near the time that most other boats are sitting in the basin!). 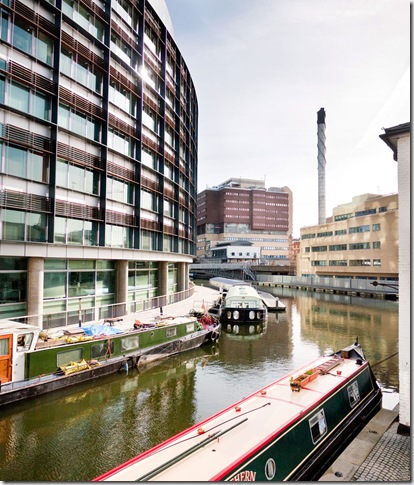 Feeling a little claustrophobic now after 8 days in Paddington 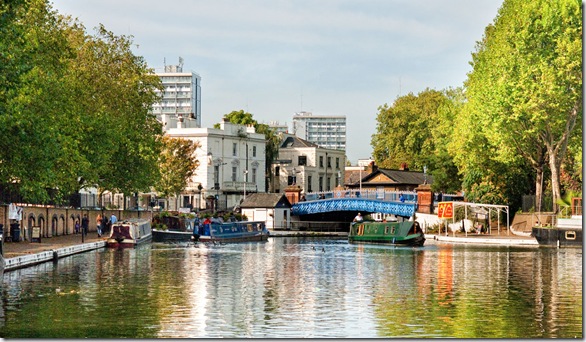 Emerging into Little Venice Junction, then under the blue bridge heading west onto The Grand Union Canal

We'd completely run out of water by this time, so stopped and filled up - as it'd gone so low there was an air pocket in system which seemed to take ages to get sorted.  I left Barry to his man's job while I did the womanly thing and went to Sainsbury's to stock up on groceries.

We managed to get a blog on to advertise the boat for sale last night; sad but inevitable, and armed with the knowledge we'll always be grateful for the myriad of happy memories from our journeys with Northern Pride. 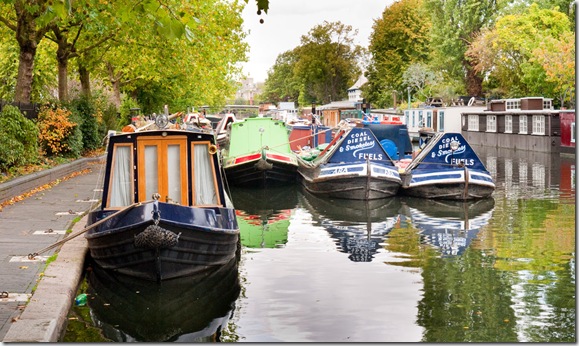 A short stop at the water point for a top up ... 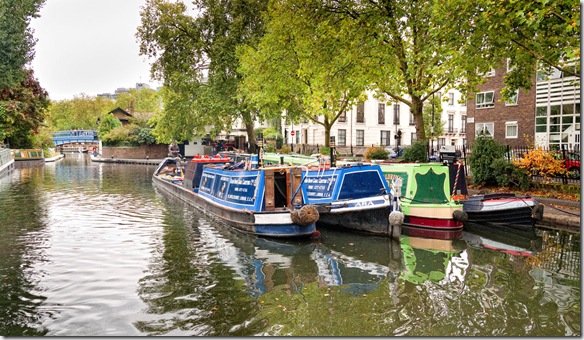 before exiting London, leaving Archimedes and Ara behind (or so we thought) 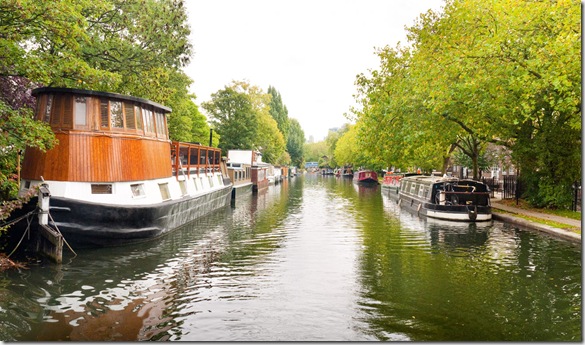 What an adorable way to reside in central London ... 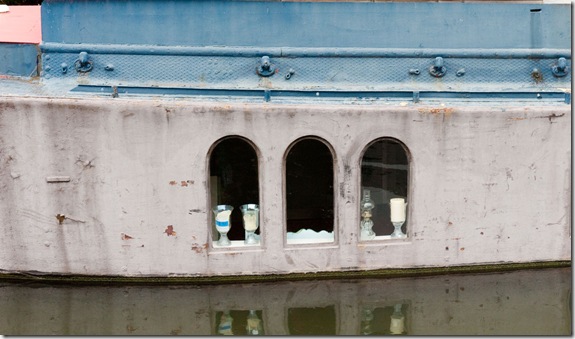 ... you couldn't live much closer to the water than this!

Once Barry had fixed the water, we headed west out of London passing some extremely gloomy surroundings - it wasn't a pleasant facade of London along the canal with graffiti everywhere, broken down buildings, flotsam and jetsom in the water, and to top it all it drizzled constantly all afternoon.

What an awful impression of London it gave, we were so pleased we'd approached from the east with Tom on board!  On a positive note however, there were no locks today which we were most grateful for as it was a very wet one.

In the afternoon we'd had a phone call from Pete who recommended a pub to visit en-route.  Barry told me about it and the fact that it has strippers every evening, feigning amazement that I'd absolutely no interest in visiting the establishment with him! 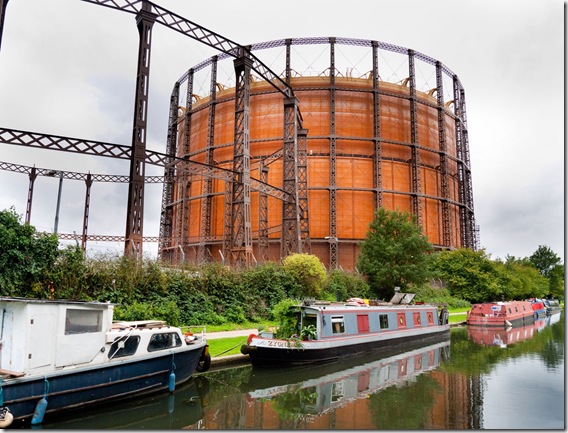 The canal goes through some non-descript industrial areas the further out you get ... 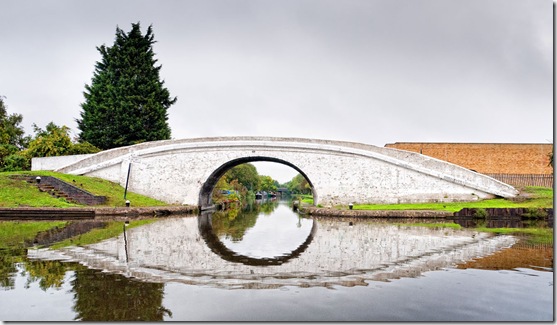 ... though once through Bulls Bridge it starts to improve

It was late in the day when we moored close to 'The Woolpack', in Hayes - definitely not the one from Emmerdale Farm.  The Nicolson Guide states - 'real ale and a diet of striptease artistes from lunchtime onwards - unsuitable for children' - I'd never have guessed, lol!  Despite the dreadful weather, Barry said he was obliged to visit the pub for Pete - yeah right!  "Off you go then," said I, "I'll stay indoors where it's dry thanks."

He returned a short while later, rather damp, reporting that it, wasn't terribly salubrious (surprise, surprise!), but he did get to watch a bit of pool - though I suspected that was just a rouse, lol!

We had an early night, back to catching up on blogging once again.