A delightful journey from Harlow to Enfield

Today was another beautiful, warm, sunny late September day and although we travelled about 12 miles and negotiated 15 locks, it didn't seem like a chore in such mild conditions.  We left the River Stort and rejoined the River Lee, and along the way were the delights of nature reserves, folks out boating on the river and adjacent lakes, the occasional companion narrowboat and generally an abundance of people out and about enjoying the scenery and weather. 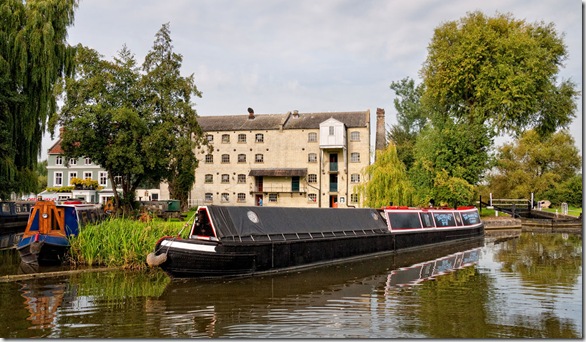 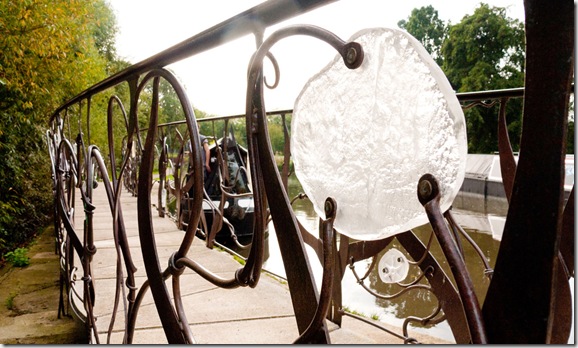 A very arty looking footbridge at Parndon Lock - made of copper and recycled glass - I think! 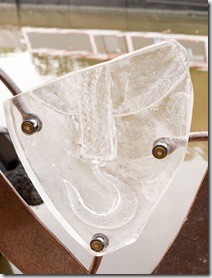 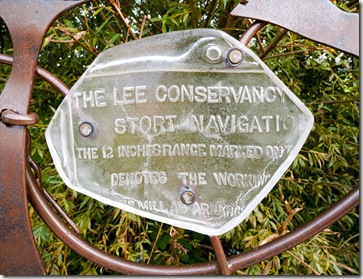 Very unusual, not quite sure what it's all about though? 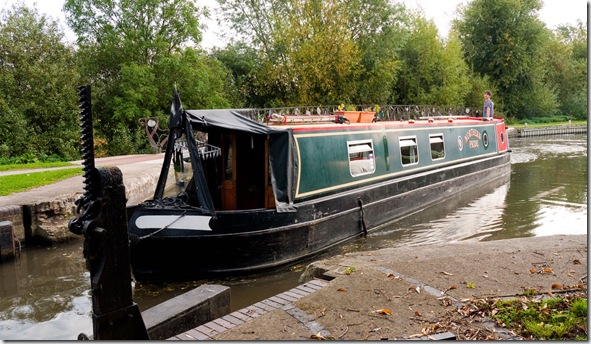 Tom lines up for a perfect entry into the lock

We caught up with Pete again just north of Roydon, not far from where we'd left him a few days ago and had what we thought was a last chat before saying our goodbyes for 2010. 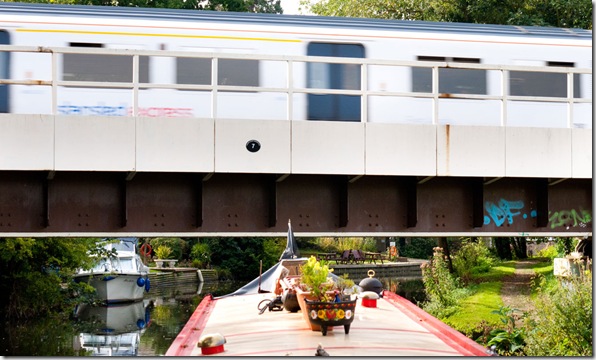 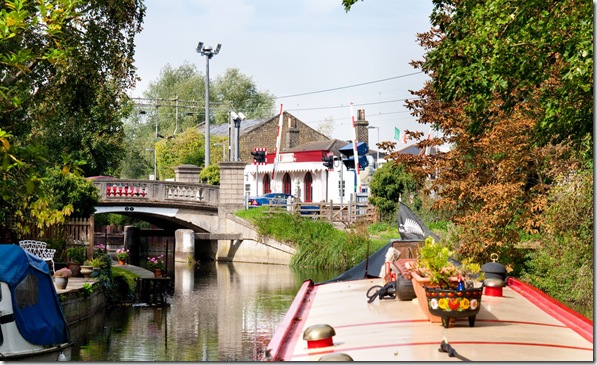 Roydon Station ahead, but no reason to stop today 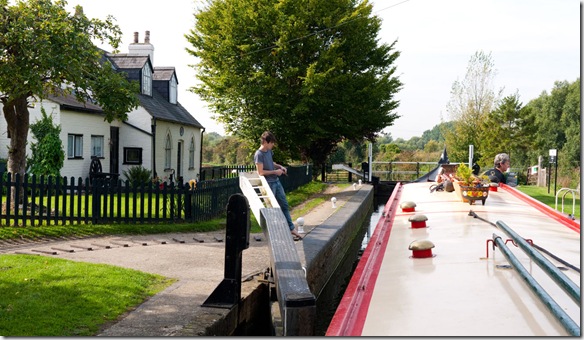 Passing the lock cottage for sale at Brick Lock once again 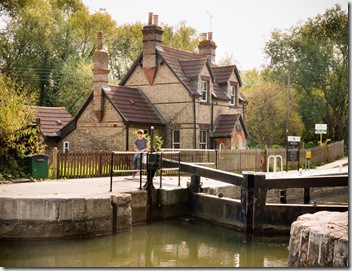 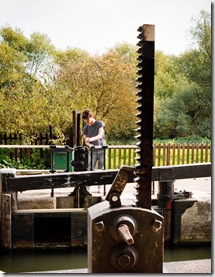 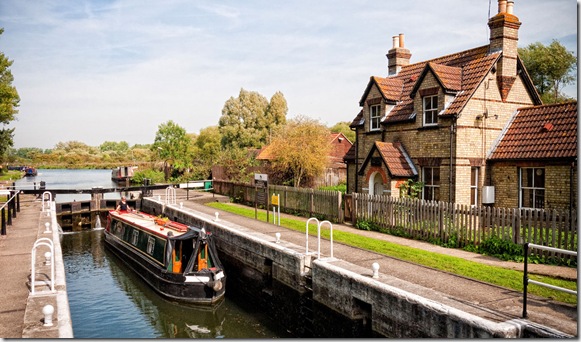 This lock cottage is also on the market - what a quaint place to live, very rural but close to towns

We stopped briefly for lunch at Broxbourne, but Barry didn't take any photos for some reason!  It was very busy here with people milling around in the water and towpaths, with a great pub across the river and also near to a leisure centre and swimming pool.

From here it was literally 'straight' sailing to our mooring for the night, just short of Enfield Lock. Although our Nicolson's Guide had shown water points along the way, we didn't find any that were in working order so Barry got on his bike and cycled off in search of a tap to replenish our drinking water container. Bless him, having gone all the way to the next 'alleged' water point two miles away and finding it dry, he then had to cycle all the way back to Enfield.  Along the way he met some kids walking their dog and asked if they knew where any water was and eventually he was successful.

When he returned to the boat he told us he'd biked through the converted Enfield 'Royal Small Arms Factory' and found a restored narrowboat moored in the old basin, so managed to persuade Tom to go back and get some shots with him ... 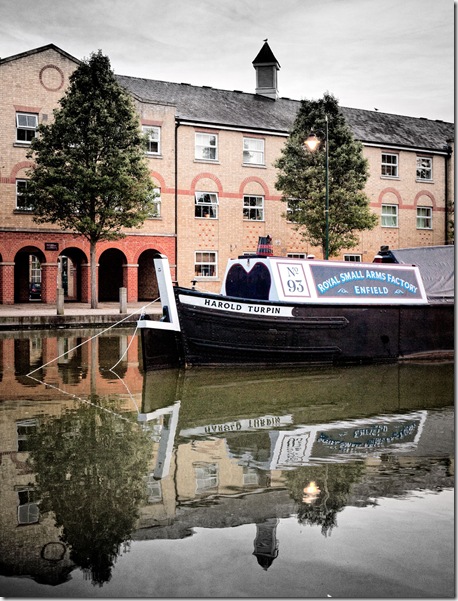 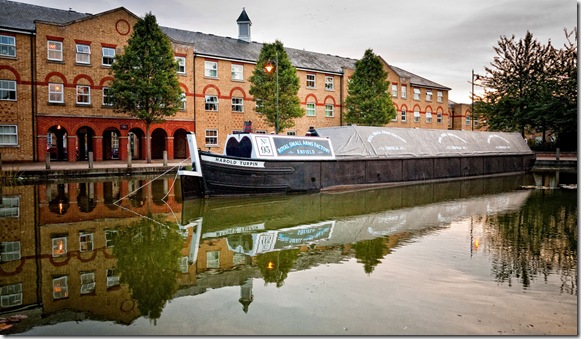 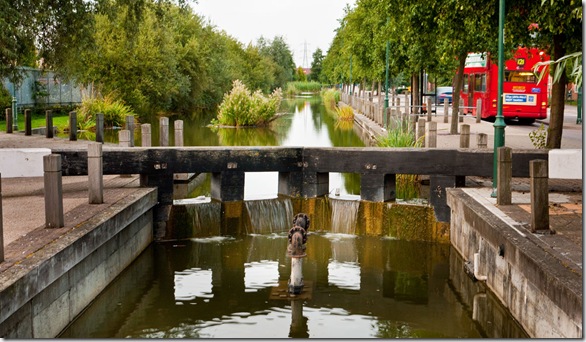 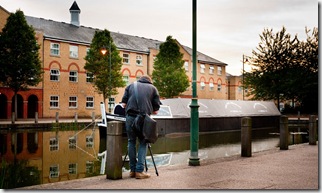 It was quite late at this stage, so Tom took advantage of his tripod Such a beautiful setting and very well looked after 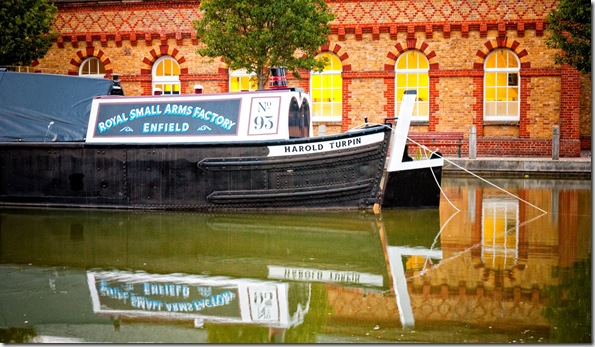 No 93 'Harold Turpin' - looks fascinating, does anyone know the history? 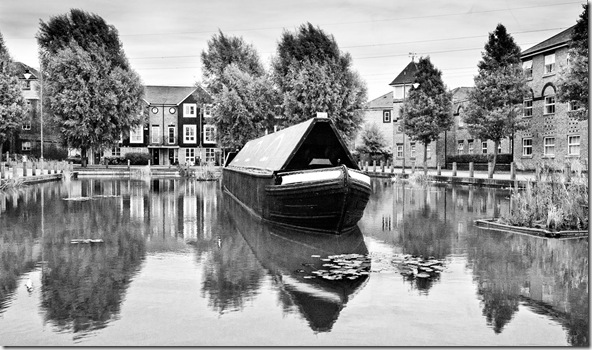 Apparently Harold J Turpin was one of the designers of the sten gun - but what about the narrowboat? 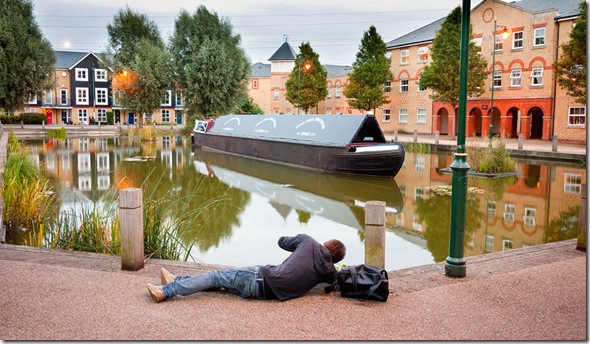 A good photographer can shoot in any position! 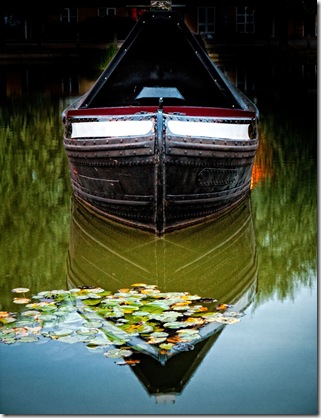 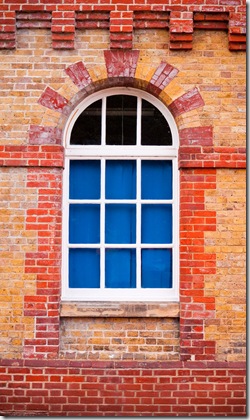 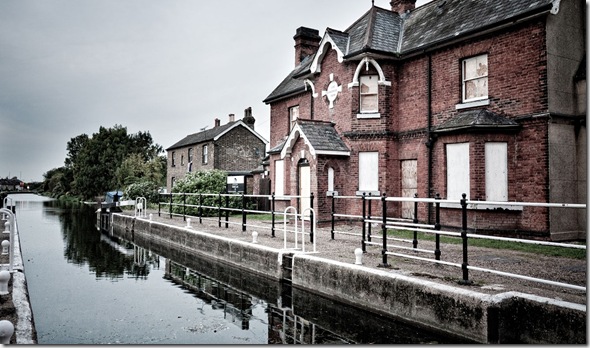 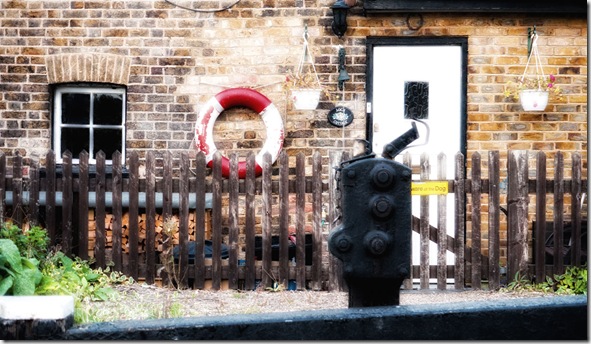 ... and the old-world lock cottage - I wonder whose life ring this is as Enfield Lock's is at Roydon?

It's been so tranquil on the river that Tom's getting a little restless so he's going to take a train from Enfield into London tomorrow - having seen his fill of English countryside for now he's itching to get back into 'civilisation' again, and wants to check out some galleries.  It'll also be much more exciting to explore 'The Big Smoke' alone - we'll meet him back at Tottenham Hale tomorrow evening when we should've also scooped up Freddie somewhere along the way ...