From a family wedding weekend, to our first festival!

The slow boat lane has been a little crazy and hurried of late.

Last weekend we travelled all the way to Bampton in Devon, obviously not by narrowboat! Enterprise in Cannock collected us from The Fox and Anchor at Cross Green, near Wolverhampton, and we filled in the requisite paperwork for a five-day hire car contract.

It really is a fantastic service for boaters with no other means of transport. The luxury of being picked up and dropped back at your mooring site makes not owning a car only a tiny challenge (and expense) when we have to travel distances.

We collected my elderly parents, and endured the long stretches of blandness on the M5 for two and a half hours. The obligatory service station stop is a must to keep the driver (me) alert, and bladders empty. 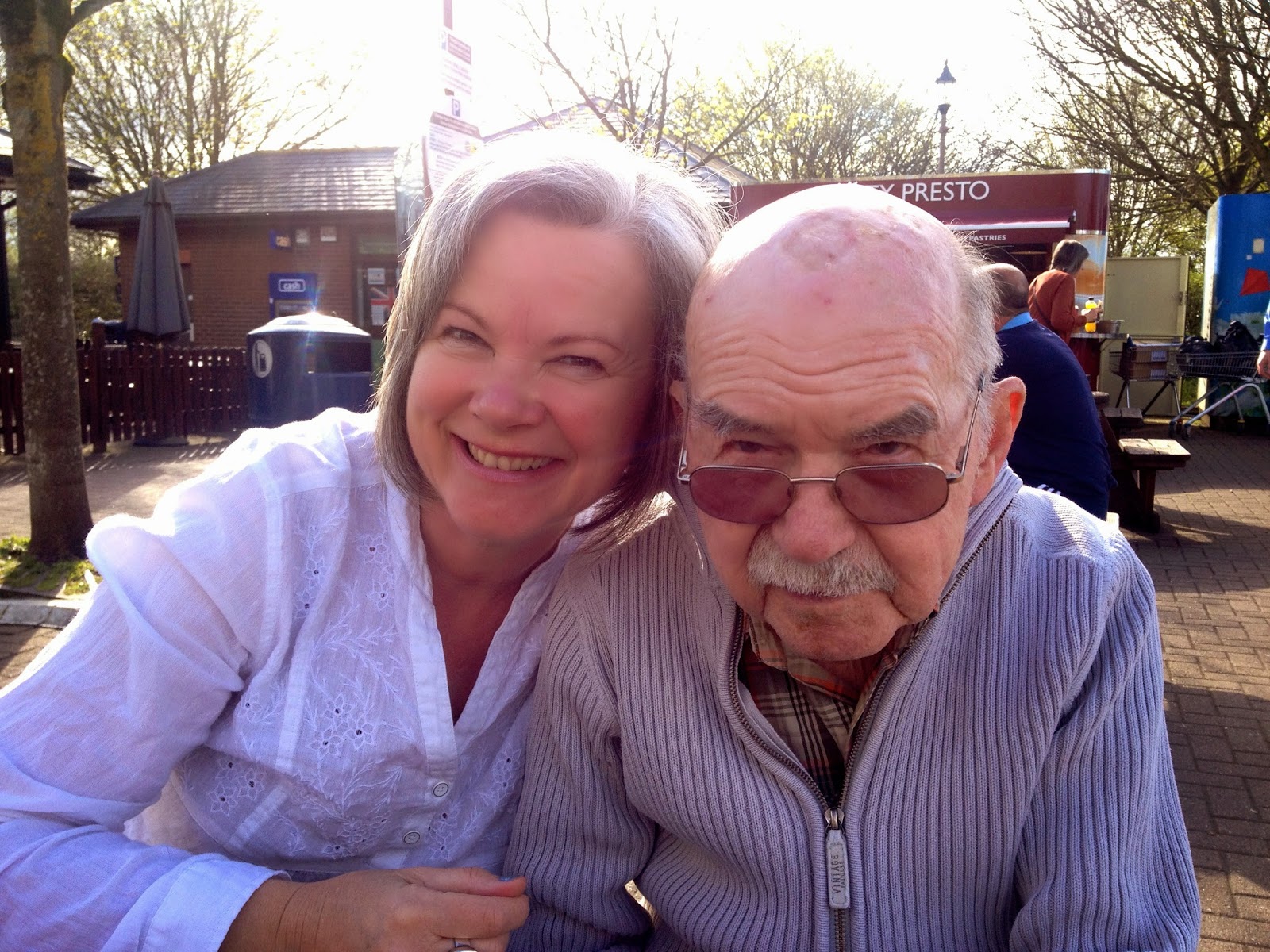 Me and my dad at the service station - sunshine, hurrah!

I find motorways to be such mindless means of transport, packed full of hurried hunks of metal which all too frequently lead to accidental meetings at break-neck speed of said vehicles. I’ve been very fortunate so far not to be involved in a ‘motorway smash’, and fully intend to keep it that way!

It’s one of the reasons I love(d) New Zealand – the only ‘motorways’ are in Auckland, though in a few of the other ‘big’ cities admittedly there are highways. Throughout the remainder of the country the roads are single lane, and generally there’s hardly any traffic, so driving anywhere, for me, was always a dream.

There were also the most delightful cafés dotted along any route, serving fresh food and gorgeous coffee. Compare that to the motorway service stations of UK, serving ‘fast food’ (gross - I use the word 'food' loosely here) and mass-produced packet sandwiches – no competition.

To put it into perspective, in Gisborne we had only two sets of traffic lights in the whole city. I know  that having to deal with horrendously packed roads is one of the prices we pay for choosing to be here, living a luscious life on the canals, and being so close to my family.

And what a beautiful family I have, scattered around England, so the rare times that we all congregate in one place are extremely precious. With great-grandchildren now amongst the generations, there are 32 members! So it takes a rather large house to accommodate the clan (how I'd love to have a Marae, a Maori family meeting house, where we could all congregate frequently).

Sam, my niece who was getting married, and my younger sister Viv, did a sterling job in finding Duvale Priory, where they had a few different barn conversions for the wedding guests to stay. The Walsh family were gathered in one, which was very special. 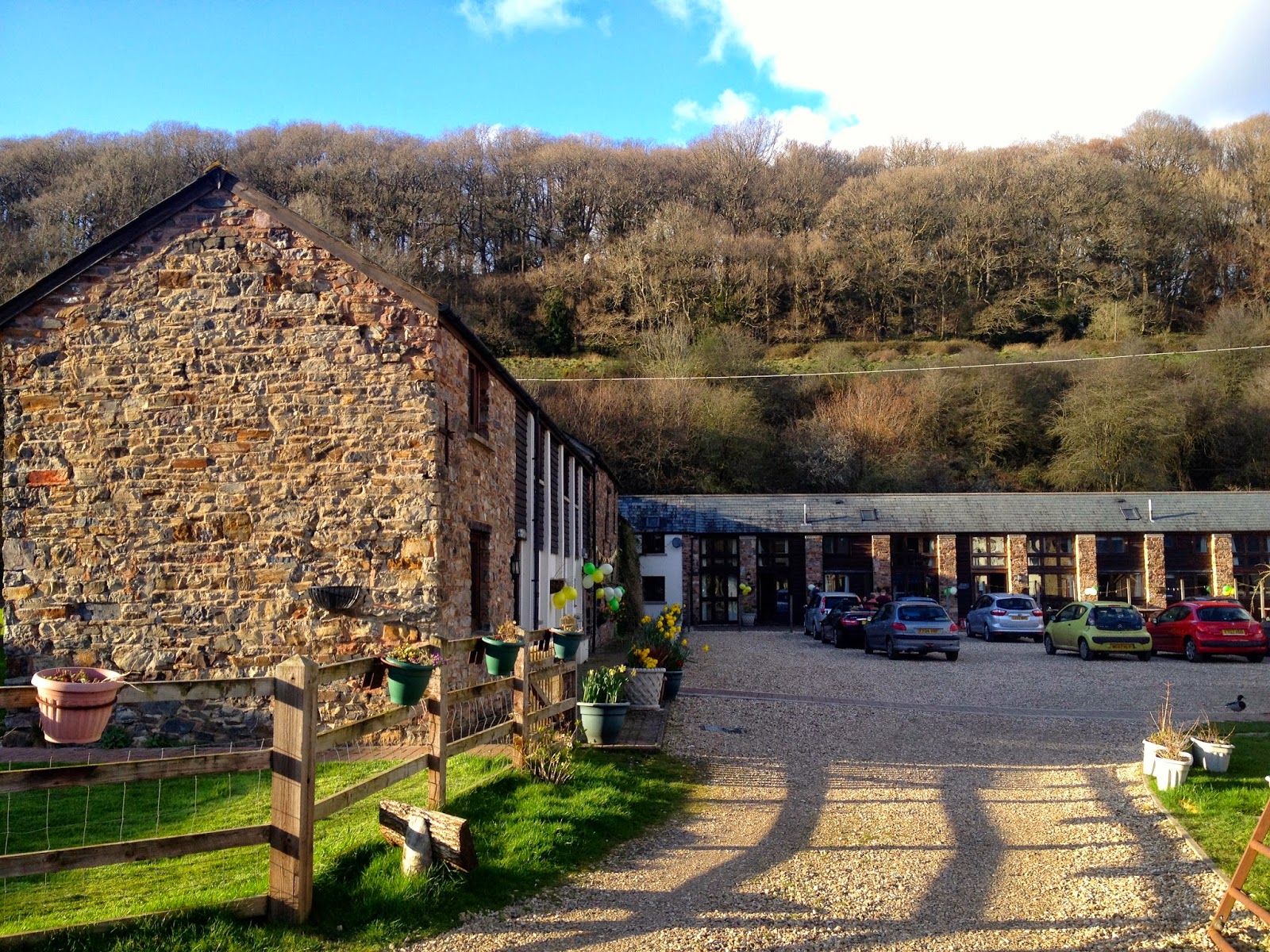 The Walsh family accommodation on the left 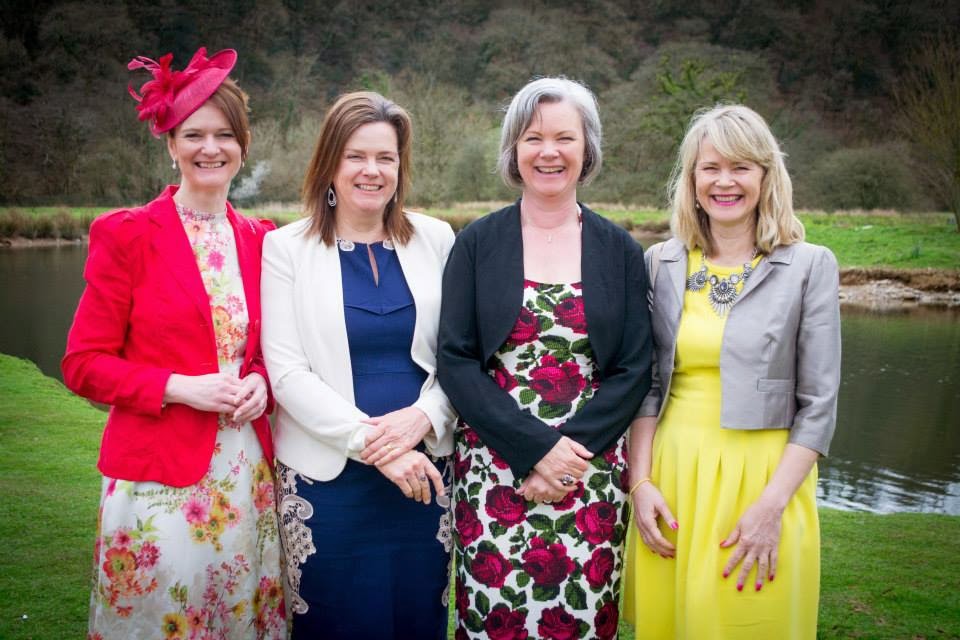 The Walsh sisters - Vivien (mother of the bride), Linda, Sandra and Katherine 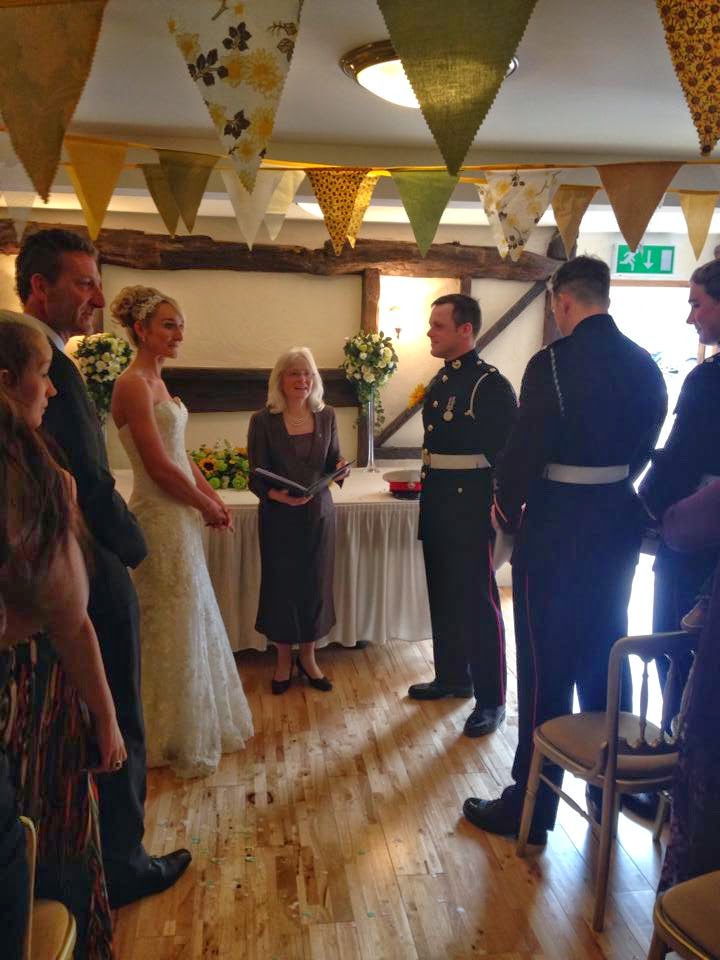 It was also our grandson’s first birthday on the Friday, meeting all his cousins for the first time.

Returning to the boat on Monday, we didn’t quite time the schedule to fit everything in. I ended up dropping Barry off at The Fox and Anchor, with our bags and shopping (and a pint because it’s only polite when you’re sitting in their beer garden), taking the car back to Cannock, and being dropped back. I got a half pint of lager and took over the bag-sitting, while Barry walked to the boat (we had to moor it away from the 48 hour moorings, so a ten-minute walk), turned it around and moored up.

In the meantime however, the sky decided to empty itself on us in a deluge that soaked us to the skin. Barry’s Goretex waterproof was in one of the bags by my side, and whilst I had mine on, it didn’t cover my legs, which had only a leather coat for protection. The towpath quickly became a muddy stream.

I sat by the side of the canal, drenched and dismal, thinking “what on earth am I doing living on a boat?”

At least it wasn’t too cold – though we did need to undress completely and change into dry clothes as soon as possible.

Now we’re on our way to the first trading festival of The Home Brew Boat, at The Spring Market, The Bond, Digbeth, Birmingham. It’s on Saturday 12th April, from 12 midday to 6pm. We’re very aware it’s going to be a work in progress discovering the vagaries of towpath/canal-side selling.

Do come along if you're in the area. Our fabulous friends Helen and Andy will be there too, selling their 'Wild Side' Jams and chutneys as well as another 60 or so traders.

Exciting times ahead!
Posted by Barry and Sandra at 12:02