Adjusting to a change of life takes a little while, even when it’s something you’ve been working towards for a long time. One of our challenges has been Internet access.  Having thought we’d got out internet and phone packages sorted with The Carphone Warehouse (TCPW), last Tuesday my phone suddenly wasn’t ‘allowed’ to tether to my laptop anymore. I’d been sold the package (Three Ultimate SIM 600) by TCPW on the understanding that it came with unlimited Internet and tethering – the only service provider to do so I was (un)reliably informed. Anyway, long story short, it didn’t and doesn’t and so we’ve now invested in a ‘Mifi’ (Mobile Wireless Internet) package instead, with 15MB per month, so that both Barry and I can use the Internet as much as we were able to back in NZ. Without this we wouldn't be able to earn as we travel.

So what have we been up to apart from a few teething problems?  I’ll condense some of the events of the last week and a half …

Tonight we’re moored up north of Leicester adjacent to the Watermead Country Park, having spent two nights in Leicester.  We’re often regaled with tales of terror about Leicester, but our experience in 2010 and recently are very different.  We’ve found it to be a fabulous city, multi-cultural, diverse, overflowing with history and interesting places to visit, and embracing their waterway.  Last night we went to a very uplifting live comedy show at The Guildhall where, sadly, we were the only people to have bought tickets up until about 15 minutes before the show commenced when another couple arrived.  The audience was made up of the four of us, plus staff and the support acts!  We were pretty incredulous that they continued with the show, and enjoyed a very intimate evening, filled with hilarity and farce – and wondered why on earth the event wasn’t a sell-out.  The main comedian was called Anthony King and much of his act consisted of amusing songs (anecdotal maybe?) he’s written, with a highlight being a recent one about King Richard III and the discovery of his skeleton in a car park in Leicester in September 2012. 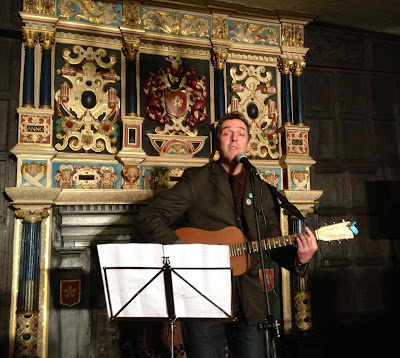 The cobbled walkway to the Cathedral and Guildhall after the show 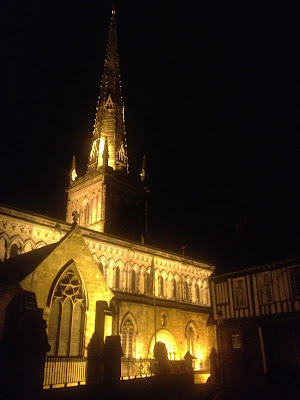 St Mary De Castro Church (1170), on our walk back to the boat, lit up magnificently

We wonder whether people are so busy watching all the bad news on the TV about whatever the media believe is the most fascinating current viewing (we don’t have a TV), most of which the general public really don’t need to worry about – or was it just because it was a Wednesday?

Since our last blog, we spent two nights in Welford the weekend before last, then on Monday set off for Foxton.  Along the way we encountered an abundance of fascinating wild life.  That's one of the many perks of living on the waterways, having time to get up close and personal with natures wonders.

On the canalside, moored just past the Bosworth Tunnel, I noticed some movement amongst the leaves, which turned out to be two very well camouflaged toads copulating, and captured a couple of amazing photos before they hopped into the water.  On a walk to Husbands Bosworth we saw a beautiful butterfly, had a bee on board, almost trod on a frog on our way back to the boat from the Bridge 61 pub on Monday evening, then when Barry was cleaning the boat on Tuesday before we set off down Foxton Locks, he spotted a water lizard … 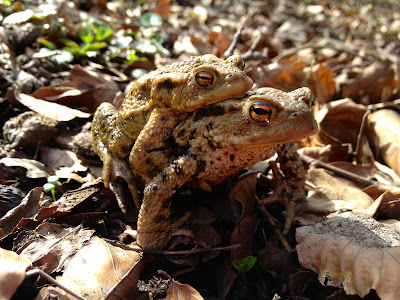 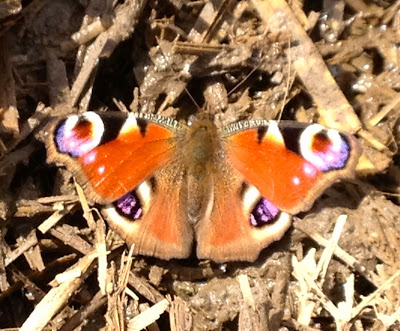 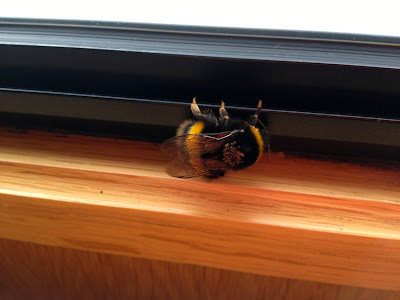 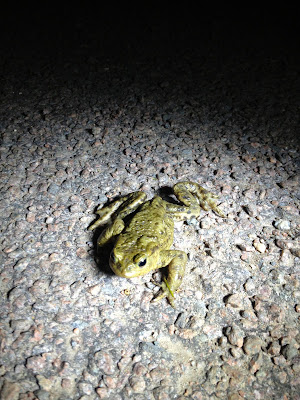 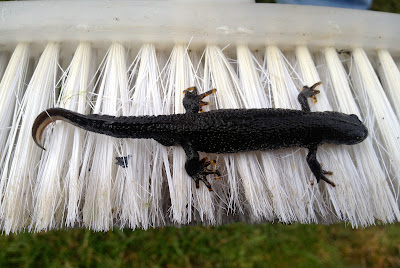 In Market Harborough on Thursday, we’d just moored up when Barry spotted Pam and Terry’s boat ‘The Rooster’s Rest’ passing us by, so he shouted out a ‘hello!’ to them and they stopped.  Pam has been following our blog for a long time, and has been in touch on and off. It was lovely to see them and she spoke of reading our blog about our Boat wedding in 2009 at Bodymoor Heath – at that point I recalled being very touched by a sweet card sent to the pub from a blog reader, and asked if it had been Pam (having temporarily forgotten the name in the card).  Pam said no it wasn’t her.  We showed them around our boat, and as we stepped off the back, another boat pulled in behind us, and incredibly, it contained Angie and Dave on narrowboat Lady Esther – the people who’d sent us the card to the Dog and Doublet!  That really is synchronicity - the universe works in mysterious ways.

We had a fabulous day, chatting and sharing stories with Pam, Terry, Angie and Dave, culminating in an evening aboard ‘Lady Esther', Angie and Dave’s boat, as Pam and Terry had set off on their travels late afternoon.  I recall thinking we must get a photo of the three girls, then completely forgetting.  We’ve since taken photos of us with the two couples separately which will appear in the future – once Barry’s sorted his pictures out!  We caught up with Pam and Terry again on Tuesday in Leicester

On Sunday my eldest daughter Lisa came to visit us at Foxton, with our grandson, and we had an exciting though exhausting day with them.  You have to have eyes in the back of your head with a three year old on a narrowboat – but it was wonderful and made coming back to England so worthwhile for such opportunities.

Barry’s now got a brew of red wine bubbling away, and a barrel of beer fermenting. We’re so unused to paying ‘proper’ prices for alcohol, and have cut down heaps since we’ve been here – not a bad thing at all in my humble opinion!  We’re managing to find fairly decent red wine for around £4.50 a bottle at the supermarkets, but the brew we have on now should give us 30 bottles within three weeks at less than £1 a go, and 10 litres of beer for around £10. 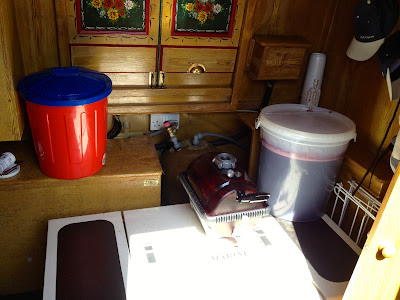 And this weekend, Captain Ahab and Belle are coming to visit us – our first sleepovers! What fun we'll have ...
Posted by Barry and Sandra at 20:46