'Can do' kiwi's and an unplanned visit to the Droitwich Canal

Readers will be wondering if Barry and I have disappeared off the face of the earth; it's a few weeks since our last written blog entry - apologies!  I've been way at another Life Coaching weekend as part of my two year Diploma studies, and last week we spent five days in the 'Adventure Capital of the World', Queenstown, where A.J.Hackett invented ''Bungy Jumping' (and don't ask, no we didn't!).  For such a sparsely populated land, the kiwi's are masters of managing all sorts of tasks armed little more than a piece of number 8 wire (it's a kiwi joke!) with their 'can do' attitude to life.  A future blog will be dedicated to some incredible photos of some of the views from our South Island trip ...

Of course over the past few days we've been reading of the unfolding events in the northern hemisphere, and I suspect that if most of the young, desperate and confused people currently rioting in the major cities of England were fortunate enough to live in this clean green land, where children are actively encouraged to get out into the wide outdoors and generally live in homes that aren't packed together with no room to move, that they would have found much more worthwhile uses of their time.  Funnily enough, of all the places that we visited aboard Northern Pride in 2009 and 2010, the ONLY place that we experienced any trouble was in Tottenham Hale, when three youths in black hoodies attempted to scare us - thank goodness Barry, Pete and Tom were with me that night.

We've also been terribly saddened by the unfolding story of Tom and Jan and their currently shattered vision of having their bespoke narrowboat built so that they can cruise the waterways of Britain in their retirement.  We've had numerous email correspondences with them over the past couple of years as they patiently waited for their opportunity to 'live the dream', and were aghast and incensed  to read of the reported criminal behaviour and harassment they experienced by Ben Harp, of Ben Harp Narrowboats, not to mention the financial theft of much of their hard earned life savings.  We do however believe in the law of Karma, and know that 'what you give is what you get returned', but aren't so sure that's going to console Tom and Jan while they continue to work towards a life on the cut with just the battered shell of their precious boat left.  Their blog post on 4 August entitled 'To hell and back again' described chapter 10 in their dramatic story, of which the next part detailed the astounding amount of money they've lost - £83,500.  We wish them luck and feel proud that Tom has managed, despite the odds, to retain his kiwi ingenuity and 'can do' attitude, and know that it will keep him and Jan from despairing after their living nightmare.

Our final full weekend was spent off Northern Pride and with my family in the New Forest.  We travelled on Thursday evening from Blisworth with a car packed full of belongings to my parents in Ombersley, Worcestershire, and on the Friday morning took a trip into nearby Droitwich to buy our allocated list of provisions.

Understandably Barry being Barry, managed to find a canal and extricate himself from the shopping expedition, instead delighting in discovering how close to completion the Droitwich canal was. 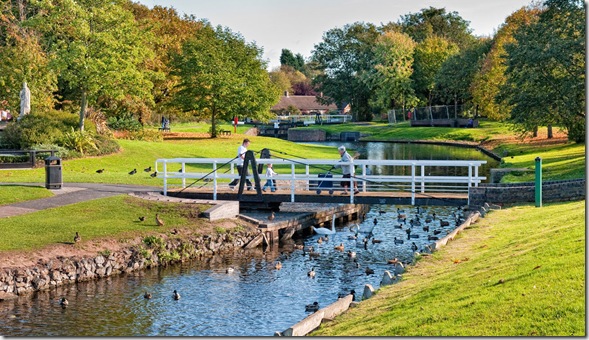 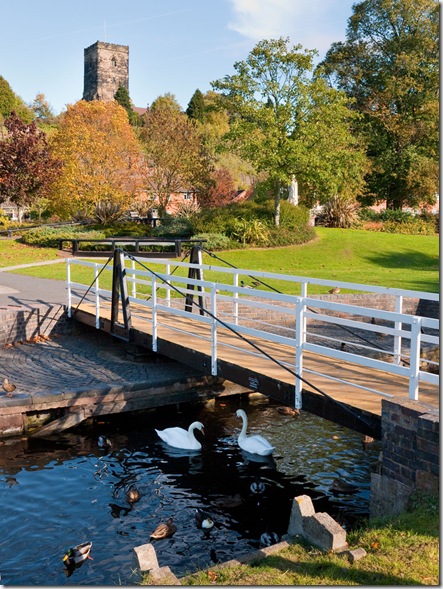 An idyllic spot, untouched by narrowboats for many a year 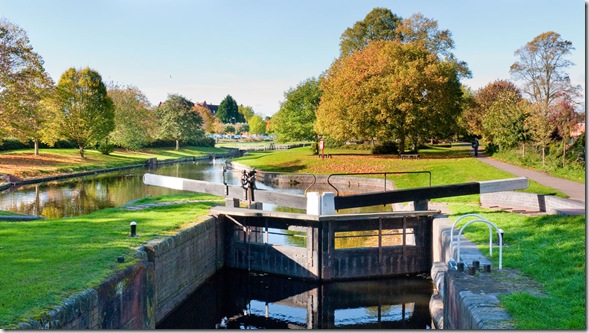 The setting is so serene, just waiting for the future guests to arrive 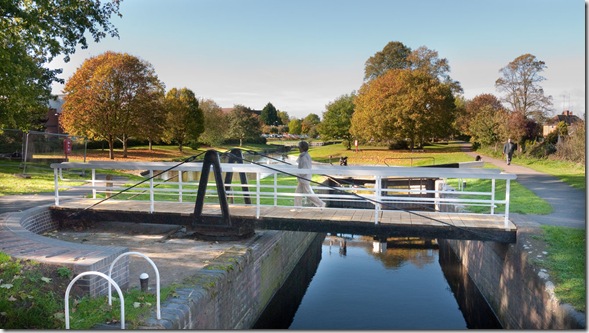 Locals enjoy wandering by the canal 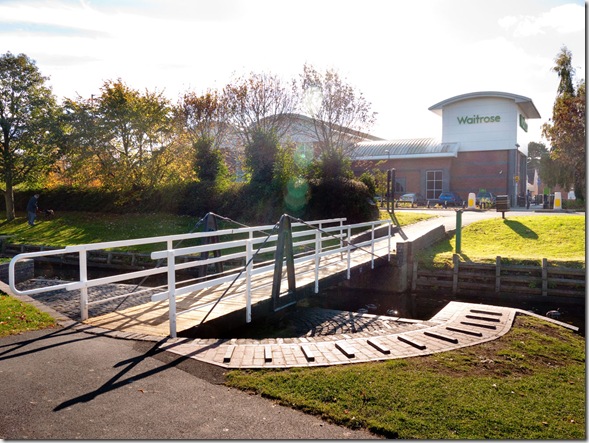 Sandra and her mum are in the supermarket across the road while Barry buzzes by the water! 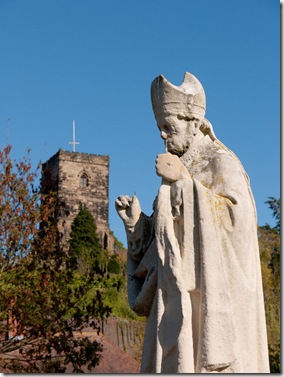 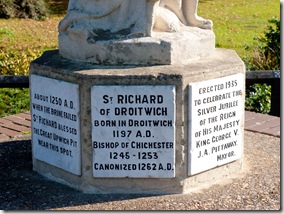 The statue of St Richard of Droitwich (St Richard of Chichester) in Vines Park, overlooked by St Peters Church. 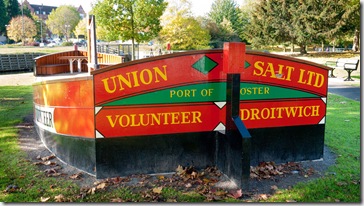 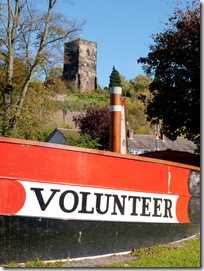 Memories of times gone by 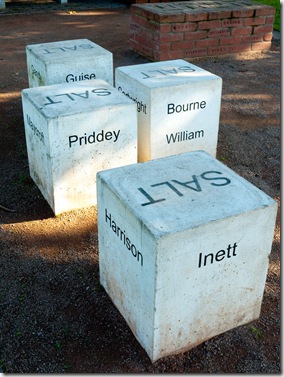 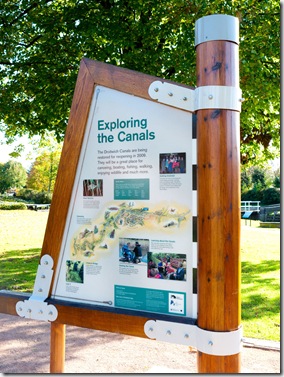 Droitwich's salty claim to fame - and the brand new (yet to be tagged!) canal information boards

Rock salt and brine was extracted by the Romans from Droitwich Spa, and continued through the Middle Ages.  The original brine bath opened in 1830, and was updated and reopened for public use for relaxation and hydrotherapy in the twentieth century.  I've previously visited the bath a few times with my mum and dad, it's an amazing feeling to be able to float weightlessly on the water, but sadly the baths were closed in December 2008 - depending on which source you read this was due to financial considerations or health concerns and it's not known if they'll ever be available again! 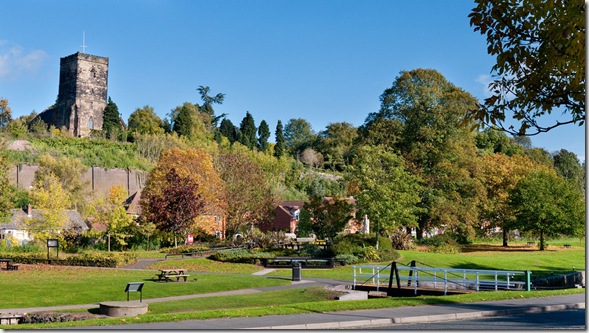 Barry picturing a scene to memory for our next narrowboat adventure in 2013 ...