A delightful but darkening day on the Aylesbury Arm ...

I suspect that many people will be thinking that we've stopped blogging all together, its been so long since I've managed to find sufficient time to sit down and reminisce once more.  Apologies everyone, we absolutely DO intend to complete our journeys of 2010 and thereafter continue blogging intermittently until we finally return to the canals in 2013 (or before if possible!).

I've been gallivanting around the southern hemisphere once more, with a week 'across the ditch' in Australia visiting a friend who moved there in January.  We'd been considering relocating for a year or so before returning to UK to top up our bank balance, but although I had a lovely time and Melbourne is a cool city, Australia just doesn't 'do it' for me in the way that New Zealand does, so it's likely that we'll be staying here until our next big move ... 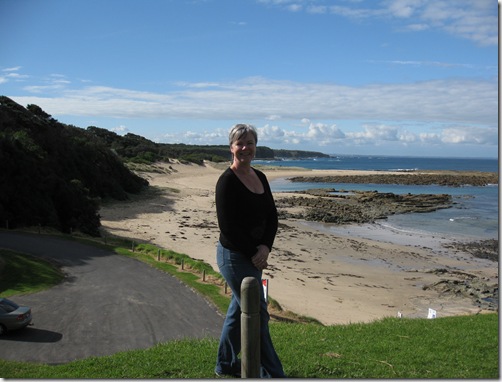 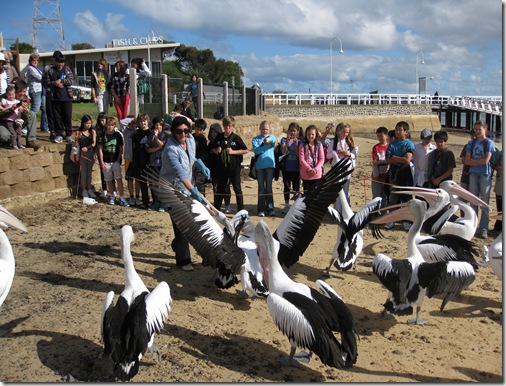 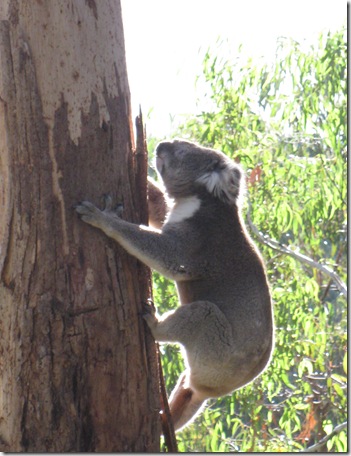 A very cute Koala bear - a rare sight of one awake, as they sleep for 20 hours a day! 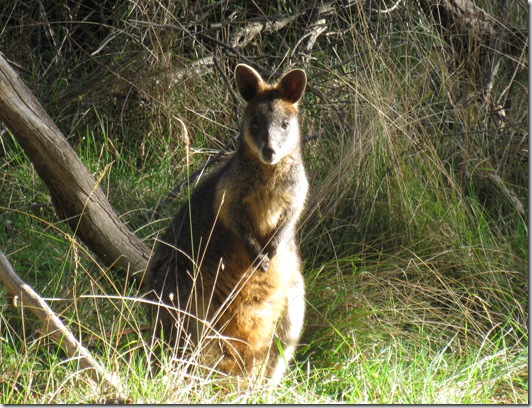 It's Australia, an opportunity to get up close and personal with a friendly wallaby

Our other news is that we booked return tickets to England yesterday for three weeks in March 2012 - Malaysia Airlines had a deal too good to pass up and it means we can both come for less than the price of a return trip for one with any of the other airlines!  Who knows, we may even squeeze in a few days on the canals in some form or another ...

Before leaving Aylesbury, I did the girlie thing and wandered round the shops, while Barry took the masculine option of visiting the museum. 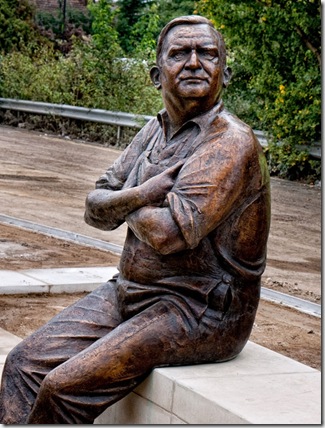 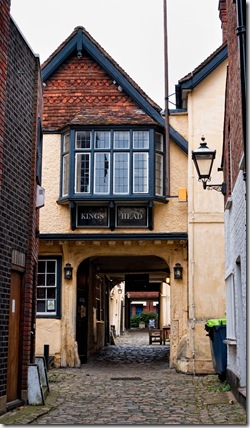 Ronnie was still sitting there staring at the theatre - I'm sure he'd rather be at the 'King's Head'!! 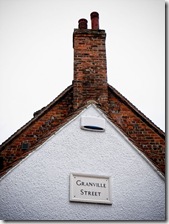 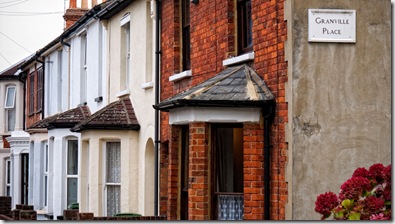 G-G-G-Granville appears a couple of times round here 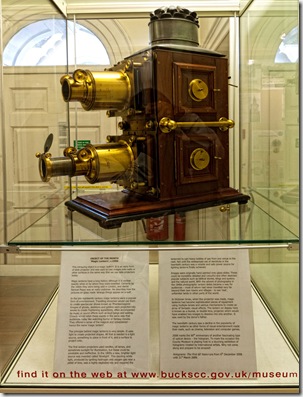 He managed to idle away an hour or so in the Aylesbury Museum, apparently a little 'dumbed down for kids' according to local opinion, but interesting all the same.  There was an amazing display of holograms from their first invention in the 1980s, to some pretty awesome current creations.

This contraption is a 'Magic Lantern', first appearing around 1660, though the pictured model is from c1900.  Travelling showmen used them to project painted glass slides of ghosts, skeletons and goblins onto walls and smoke screens to entertain and thrill audiences. These horror and fantasy shows were called 'Phantasmagoria' (!). Pink Floyd re invented it all in the 1960's, creating 'Psychedelia'. 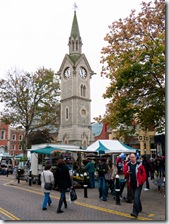 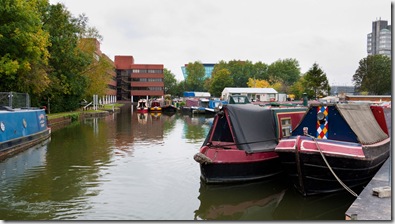 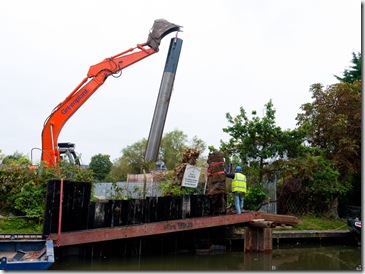 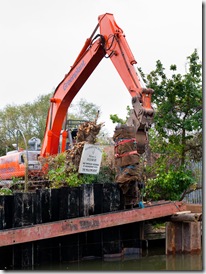 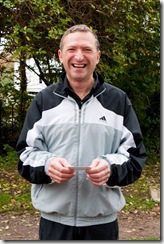 We finally headed off late morning, after stopping for water, and stumbled across Rick who shut one of the gates in the first lock for us.  We got chatting to him and discovered that he is the second trombonist with the orchestra who were playing for the Swan Lake Ballet at the newly opened Aylesbury Waterfront Theatre.  Despite a very late finish last night, he was ejected from his bed and breakfast accommodation so they could clean the room!  Not knowing the area, he decided to while away the time with a walk along the canal, where Barry was able to inform him of the interesting museum and fascinating hologram display - one of which it turned out was of a trombonist!  That's one of the beauties of the canals, you never know who you'll meet from day to day, and Rick was a lovely man, very good to meet you. 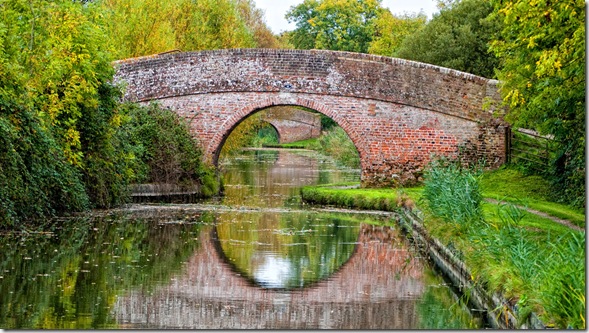 No-one on the canals today, peace and solitude along the straight and narrow waterway 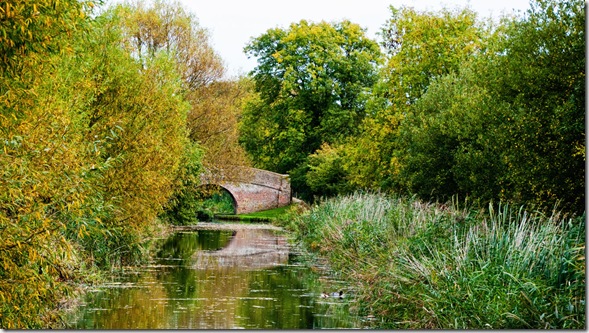 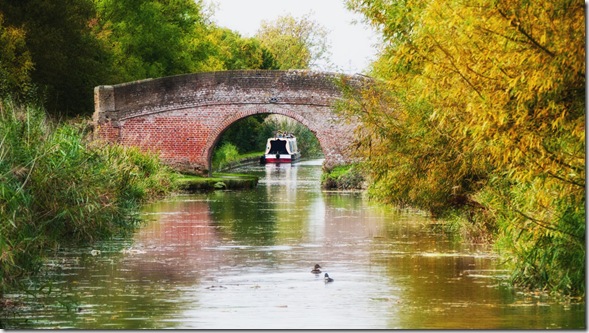 And every so often other signs of life ... 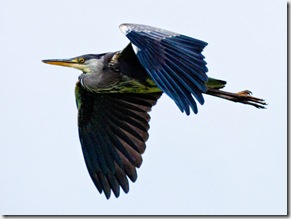 Our journey was very slow and seemed to take forever today, and at one point we were stranded in the middle of the canal, just beached on what must've been sludge!  Barry had to get the pole out in order to extricate ourselves from the depths of mud and was luckily eventually successful!

The weather was dreary, cloudy and cool, which doesn't make one feel very 'happy', I wonder if I'd get SAD (aka Seasonal Affective Disorder) if I was still living here?  I always miss my family sooo much when I return to NZ, and weather isn't everything, but I do find the persistent cold and darkness of British autumn and winter a challenge. I understand better now why Halloween, Guy Fawkes and Xmas is so celebrated in the Northern Hemisphere, it's to try and counteract the effects of the darkness!  However, we still get coldness and it gets dark down South too, but we don't have anything to brighten those autumn and winter days there, though some people do have a 'mid-winter Xmas party' in the middle of June! 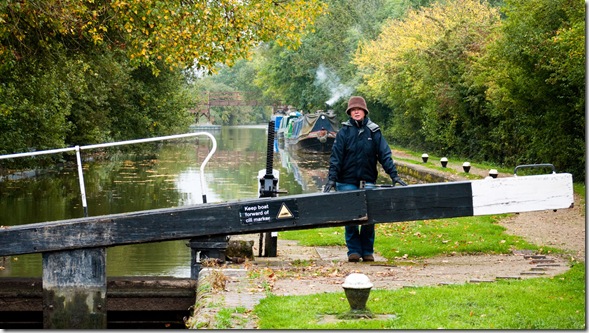 Wrapped up warmly whilst on lock duty 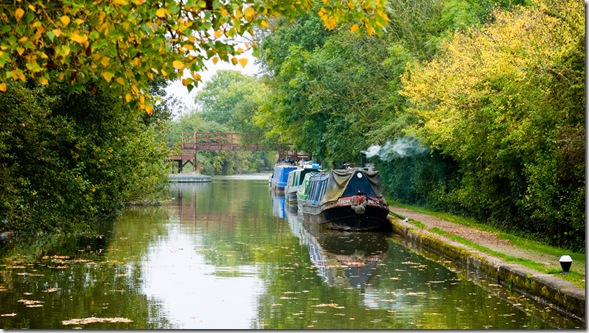 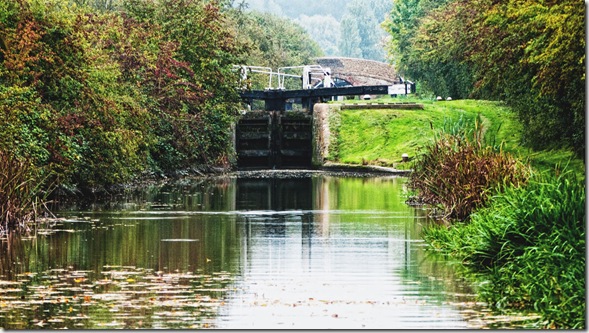 In spite of the cold, the surroundings are truly beautiful along this stretch 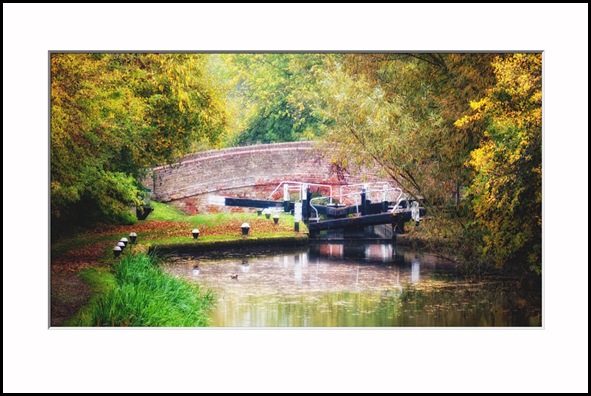 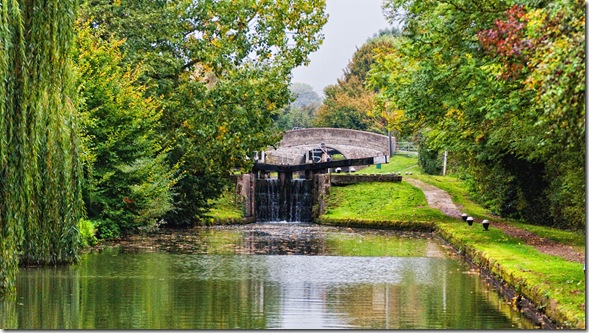 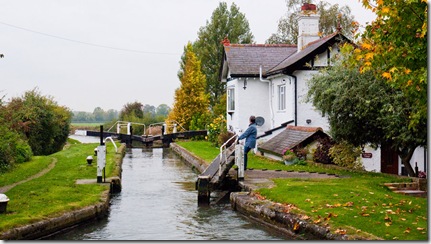 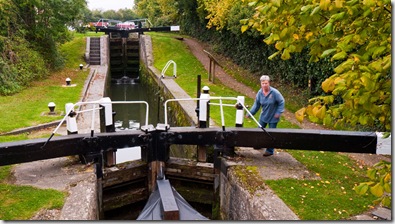 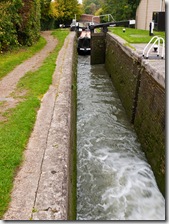 We eventually arrived at the end of the Aylesbury Arm, took a sharp left turn, then moored up close to Marsworth and decided to have a rare night out.  Stopping at The Red Lion briefly, we decided that the menu didn't look too appealing, so we had a quick drink then walked to The Angler's Retreat which had a much more convivial atmosphere, full of locals chatting merrily away.

Spotting what appeared to be the Landlady in a black jacket with a silver fern, I asked if she was a Kiwi to which she replied "I certainly am, I'm from Palmerston North".  "Oh well" said I, "I suppose someone has to be!" Lol!  I was recalling (but not repeating!) John Cleese's words after a visit to the North Island city "If you ever do want to kill yourself but lack the courage, I think a visit to Palmerston North will do the trick," click here if you want to read the town's revenge!

The Landlady informed us she'd been in England for over 20 years and at The Red Lion for 9 years, helping it to gain 'The Most Improved Pub' award in 2004.  It was still plain 'British' food, I had cheese omelette, chips and salad, and Barry had a chilli and rice, but it appeared to be freshly prepared and satisfied our appetites after a long, cold day.

Then, for the first time this trip, we played a few games of darts which was fun.  It's always a delight to find a 'proper' British pub still going strong, well done Pauline and Jane.

There followed a rather precarious walk back to Northern Pride, along a very dark towpath and then stepping gingerly over the top of the staircase lock of the entrance to the Aylesbury Arm, managing to get safely back on board.