The family portrait on the roof of Northern Pride - on our English wedding anniversary!

Yesterday we celebrated Barry's 55th birthday - it'll be a slippery slope now towards his 60th, lol!  Timely then for us to be considering where we wish to meander along to our retirement years; maybe New Zealand, but possibly England.  The conversations currently are around saving to return to UK in about two and a half years time, to buy another boat and live and work in some capacity from it.  But that seems a long way away, so in the meantime, we're having fun in Gisborne and making some time to publish more blogs from 2010 ...

I was rudely awoken by Barry at 0645hrs, after a restless night trying not to disturb Lisa sleeping beside me.  Sadly Kim's grandma died in the early hours and she'd been called by her father to give her the sad news.  Barry waited a while, having been there to support Kim as he was sleeping on the floor next to her bed, then gently woke me up saying "Kim's nana has died"  - I jumped up in horror because I thought he said "Kim's nearly died"!  Grace had been poorly for a few years, but it's still a shock when you lose someone dear.  So Kim was making plans to return home that morning, ready to travel up to the midlands to see her dad and family.

It took a while to get the remainder of the sleeping beauties up, especially on a cold morning with no heating.  No-one had much sleep, but we wanted to make the most of us all being together and get a family portrait on the roof of the boat, even if we were all a little worse for wear! 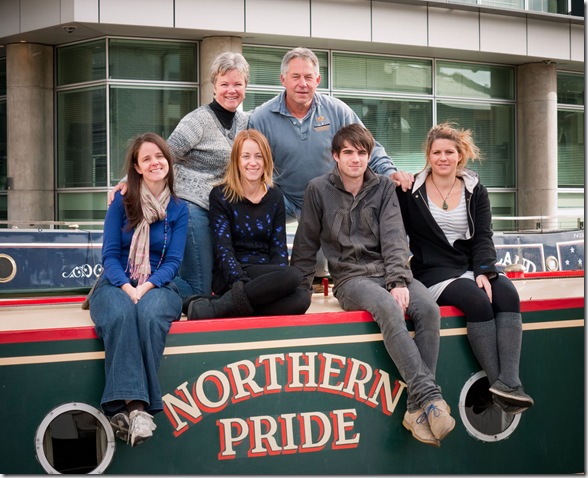 The photo was taken with Barry's camera on a timer, perched on Tom's tripod, with the wind blowing a gale and the boat moving - it's amazing we got anything!  But we're tenacious people, and eventually got a shot that we were happy to gaze at affectionately in years to come. 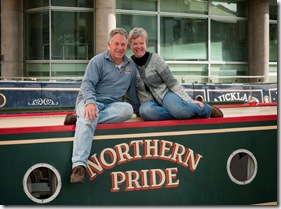 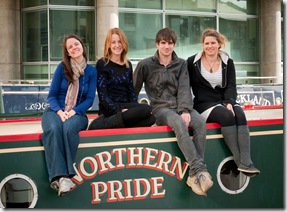 The oldies and the youngsters (note the NZ boat in the background)!

Kim left for Brighton after a quick breakfast, bless her.  The rest of us managed to sort ourselves out and catch a bus to Camden - the London Underground was doing its usual work on the lines at the weekend so there was hardly any service.

Camden is such an amazingly vibrant and colourful place, with an array of 'stuff' to tempt your wallet into buying things you never knew existed never mind ever 'needed'.  The lock market that we passed on Northern Pride a couple of days previously was just a smidgen of the place, there's a long road with outrageous shop fronts and then more markets to wander around - as well as a few eccentric people too. 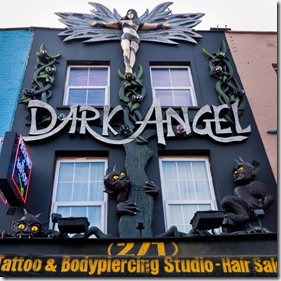 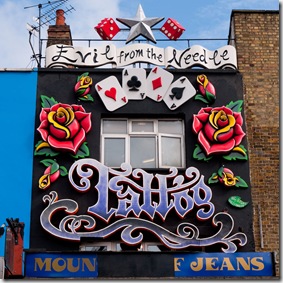 Camden Market and the shop frontages all seem to want to outdo each other but in reality they all end up looking pretty similar ... 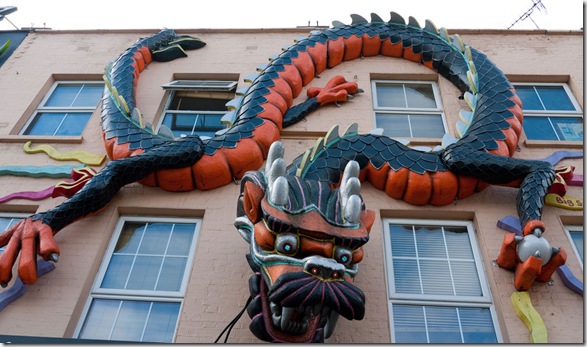 ... though with some very elaborate props 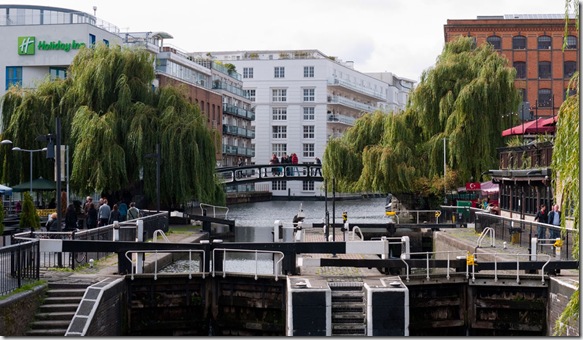 Making the most of any 'canvas' available - this the railway bridge! 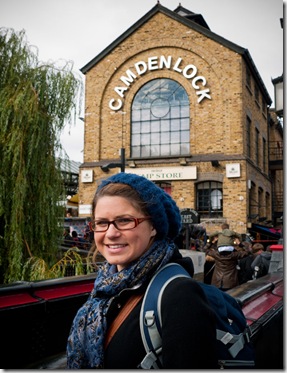 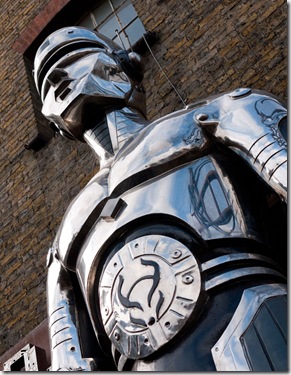 Beauty and the beast?

Time to eat lunch, but getting anyone to make a decision wasn't easy - far too much choice! 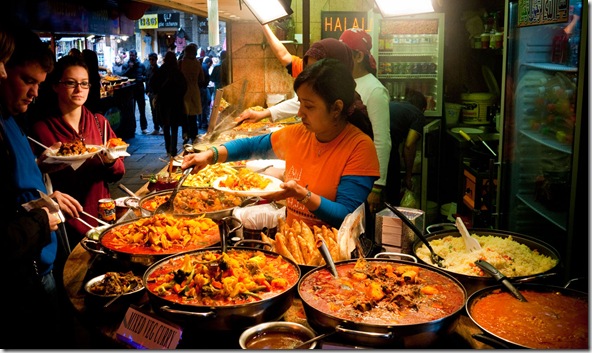 They'll try and tempt you with a free sample, then hope to coerce you in to buy 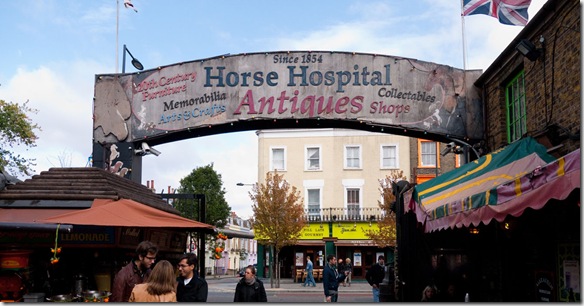 Even a horse hospital - hopefully no equine flesh was for sale on the food stands! 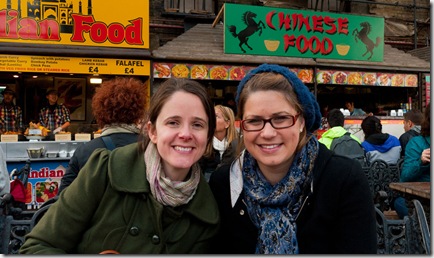 Decisions made eventually; lunch stop for two of the three of the family living in England ... 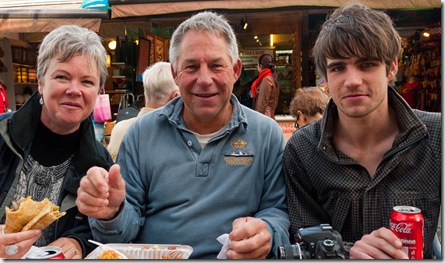 ... and the three New Zealand residents temporarily in the British Isles 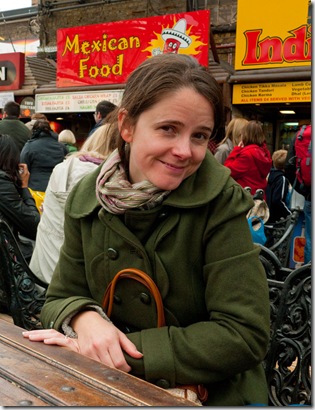 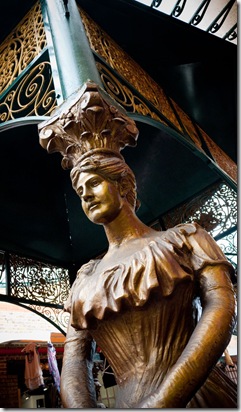 The lovely Lisa all wrapped up, and a statue holds up well 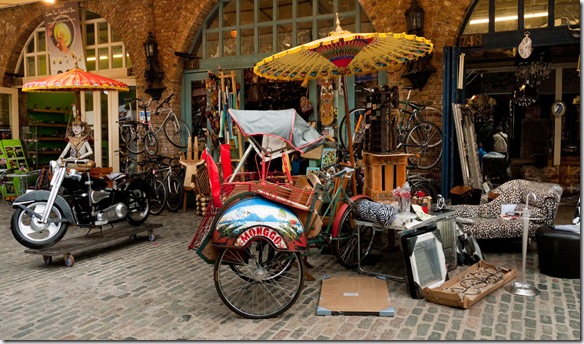 I'm sure it's not all cr*p - there must be some necessities in there somewhere? Something useful for on a narrowboat maybe?  But we didn't discover 'just what we needed' thankfully! 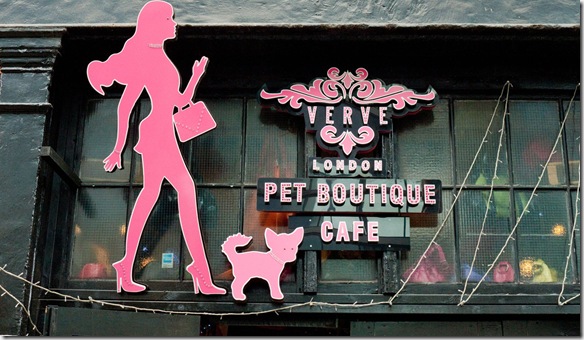 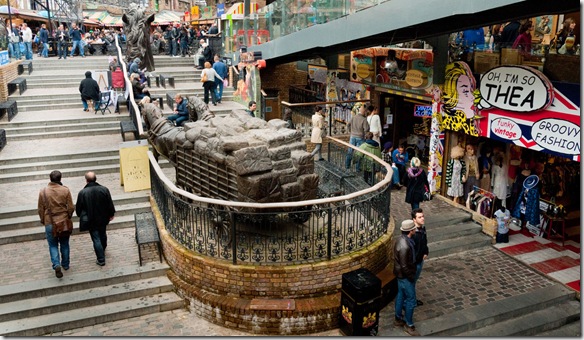 After we'd seen all we could handle of Camden, Lisa had arranged to meet some friends for a Sunday roast at 'The Hawley Arms'  - apparently where the singer and exhibitionist Amy Winehouse regularly drinks and 'performs' (not necessarily in an entertainment/singing capacity!).  We all went with her and had a drink before saying our farewells to her ... 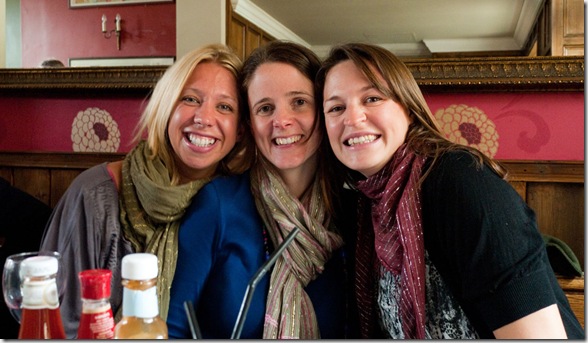 Sarah, Lisa and Liz and their spangly scarves - part of a beautiful group of friends from Sutton Coldfield for around 23 years

Tom, Jamie, Barry and I then had a bit of a mooch around Camden Lock Market, where we came upon a stall with piranha like fishes eating away at people's feet ... 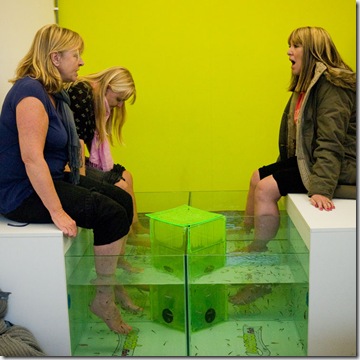 For a few pounds you could have these flesh eating fish nibble your dry feet skin away - tempting to try, but we resisted ... 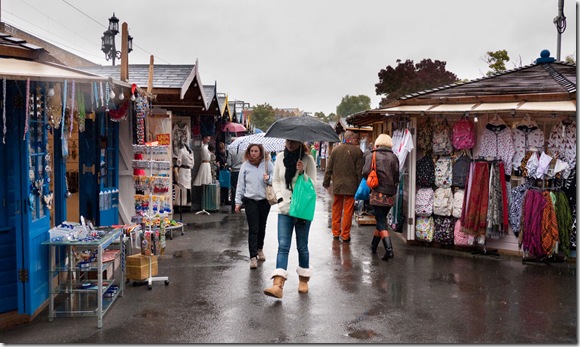 Camden Lock Market - not quite so colourful and exciting in the rainy British weather - so different to our English wedding day on 26 September 2009!

Late in the afternoon, Jamie caught a bus back to Wembley and we jumped on one heading to Paddington.  After managing to get some diesel we all fell exhausted into bed around 2300hrs. 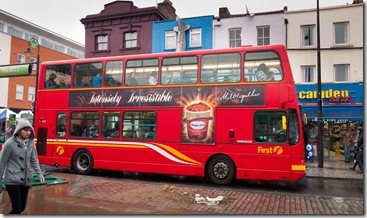 a bus trip back to Paddington to the boat ... 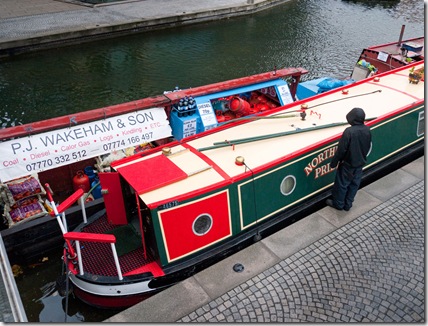 ... and the relief of the timely arrival of P.J.Wakham's friendly diesel and pumpout boat 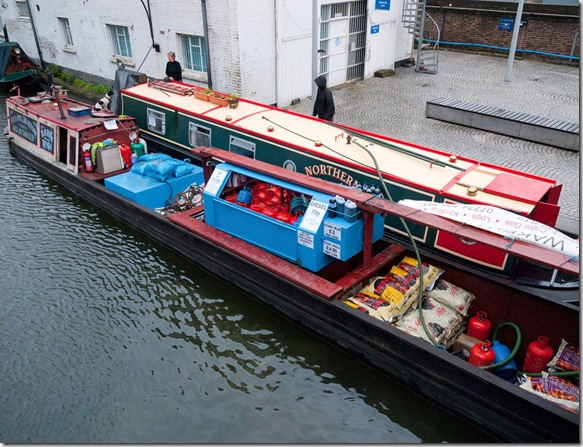 Not a lot of living space up at the front 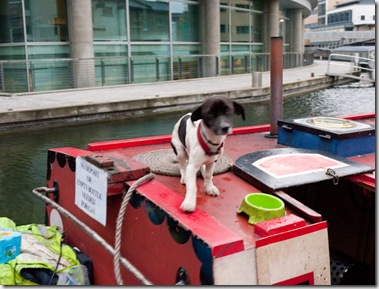 Tom has less than five days left in England, with lots to pack in during that time - including a trip on the Eurostar to Paris on my 51st birthday on 28 September.  I suspect Barry and Tom may find a few things there worth photographing too  ...