Barry's father passed away peacefully on the morning of Saturday 7 November.  It was spooky how he seemed to wait until he had all of his family in Gisborne; his daughter and younger son arrived from Australia on Thursday and Friday respectively.  The funeral was held on Wednesday, with over a hundred mourners present, and was a fitting tribute to celebrate the life of a great and gentle man.  Barry and his brothers and sister spoke of their memories of his life, and then presented a very slickly put together (what else would you expect from Barry?!) slide-show of photographs of Frank and his friends and family which roused those present to applause loudly at the finale - we're not sure if that's appropriate behaviour at a funeral, but it certainly felt 'right' that Frank's 89 year presence on this earth had been acknowledged in such a heartfelt way. 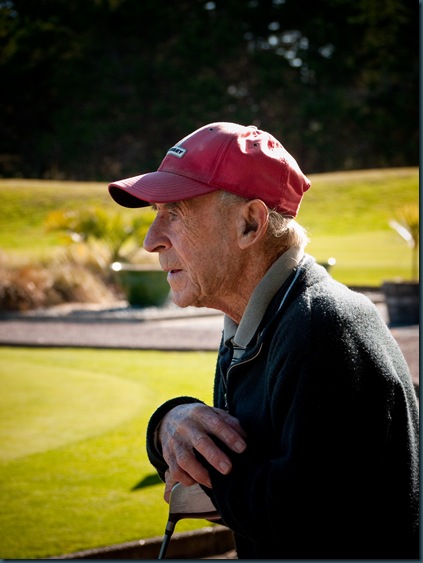 I can still vividly recall the phone call from Barry's brother Ray, on 20 May this year, informing us that Frank had suddenly been taken ill and subsequently diagnosed with a brain tumour.  We were on the River Avon, having just left Tewkesbury and arrived at Eckington a delightful little village.  Due to the unfolding events and the need for Barry to return to New Zealand, we then skipped swiftly past places such as Wyre Piddle and Pershore on our way to Evesham to find a mooring that we could stay at, as that was going to be a good place for Barry to catch a train from and me to stay during his absence.  Maybe we'll return along the Lower Avon Navigation in 2010 to visit those places and take good look around and also see our newly found friends Chris and Joan, the Evesham Lock-keepers, who looked after me so well while Northern Pride and I 'lodged' with them for a couple of weeks!

We almost booked our return tickets to England last weekend as there appeared to be a really good deal on Air New Zealand.  Once we'd thought about it and gone back to the site later however, the deal had gone - bugger!  Don't you just hate it when that happens?  You just have to grab life's opportunities when you see them, no use hanging around thinking about it for a couple of hours.  Hopefully we'll find another one and be more ready to grasp it!

Narrowboat Gypsy Rover cruised past Northern Pride last week and posted a photo on their blog bless them.  She's looking happy having her winter break, and will need to conserve all her energy for Barry's return next year!  He's already talking about going back a few weeks or so before me and possibly persuading/cajoling a mate to come along too to help with the rest of the painting.  Meanwhile I'll be here earning the cents to turn to pounds to see us through the summer - he's a damn lucky man isn't he?!

The wedding arrangements are sort of coming along, though we've been rather caught up with Frank for the past couple of weeks; we still have to organise the catering and the booze!  I'm sure it'll be alright on the night though, as the first one was ...